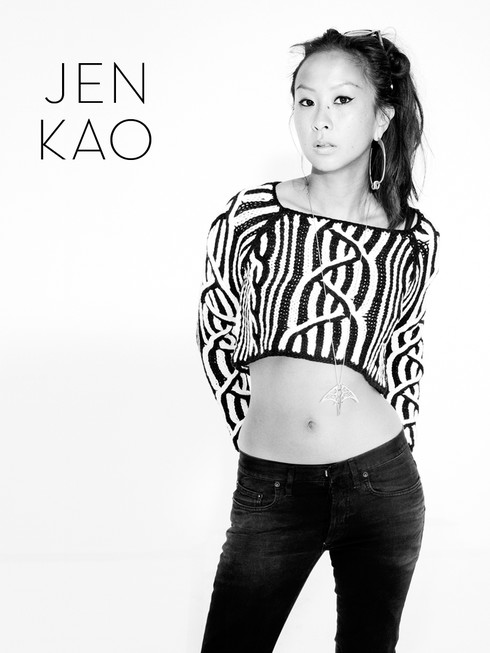 Minimalist AND maximalist. Nature futura. Experimentation.
That’s how Jen Kao describes her personal touch that permeates all her collections.

– I am extremely proud to call myself a New York designer, says Kao.
The 31 year old designer lives near the southwest corner of Central Park, with a great view of the Hudson. She works in Tribeca with a different view of the same river.

– It’s always a much appreciated luxury to feel like you can remove yourself a bit from the rest of the city, she says.

Kao was born in Los Angeles to a family of Taiwanese ancestry; her father, Min Kao, is a co-founder of Garmin GPS empire. Growing up in Kansas City, Jen then moved to New York to study at NYU and Parsons. Jen became a fashion designer to incorporate her multiple interests, including music, literature, photography and art. A piece of artwork can inspire an embroidery, a print or jewelery, she says. Handwork and details are important to her aesthetic, and she enjoys working with as many different techniques and materials as possible.

We asked Jen a few questions about her and her work.

Is it true that you find inspiration from outer space?
– Haha. I find my inspiration from all space. On Earth, and above and below. I am always looking, always absorbing and capturing the visions and thoughts triggered by it all.

What is your strength as a designer?
– Telling a new story and taking risks.

What first inspired you to start the brand?
– My clichéd but truthful part of the answer is that I felt there was a huge void in New York fashion to fill. At the same time, and almost equally so, I had worked for several brands that affirmed the most unattractive stereotypes associated with the industry, and I wanted to create a space where young creatives and their talents are cultivated and treated with respect.

What excites you about designing a new collection?
– Simply that it’s new. It’s like cooking. When you spend all day making a meal, you almost don’t have the appetite for it anymore.

Do you have a favorite material?
– I love to make myself fall in love with fabrics I typically feel uncomfortable using or just plain dislike. I love to change my own mind about things as much as I enjoy changing my audience’s minds about things.

In what ways do you think garments will take new forms and designs in the future?
– I think there’s going to be a return to one-of-a-kind becoming highly desirable again. A lot of the commercialism that happened with the crash in the economy destroyed the idea of individuality. All of a sudden, it then became “being different meant being the same.” Everyone looks the same. When you look at the best vintage showrooms, you can see the value in innovation. The history of fashion has so much energy and feels inspired. I think it will come back. People will start to tire of the overexposure and how easily accessible everything is today. We will start to remember the importance of investing in pieces that last a lifetime rather than the concept of “immediacy” taking over all other cravings. I think we all want the excitement back.

Who picks the music for your shows?
– I pick two contrasting songs that express the entire 6 months of preparation for me. Sometimes the songs come to me at the very beginning of the season, and they grow to define the collection; sometimes the opposite. I then work with a producer to completely take the songs apart and bring to light something completely new that shows an unexpected duality between two feelings that, when separate, seem like they wouldn’t make sense together.

Your favorite music at the moment?
– Older music is always my favorite music, but there’s a huge diversity within that. Right now I’m listening to a lot of The Rolling Stones, Rush, Led Zeppelin, Willie Nelson, Aaliyah and Neil Young.

What other fashion brands do you admire?
– Dries Van Noten, Tsumori Chisato and Jil Sander

Who is your favorite fashion photographer?
– Paolo Roversi. He captures the story behind the eyes, or creates one if it doesn’t yet exist.

What’s your next inspiration?
– That’s a secret, of course. But here’s a hint. From the great Patti Smith, “Who can know the heart of youth, but youth itself?” 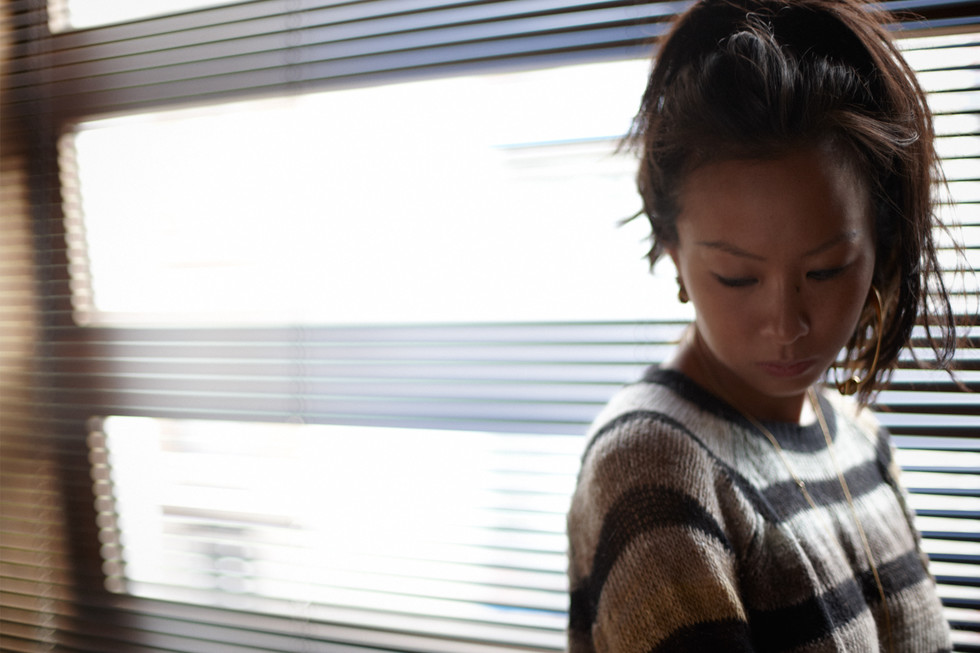