Baby and her monster | Noodoll 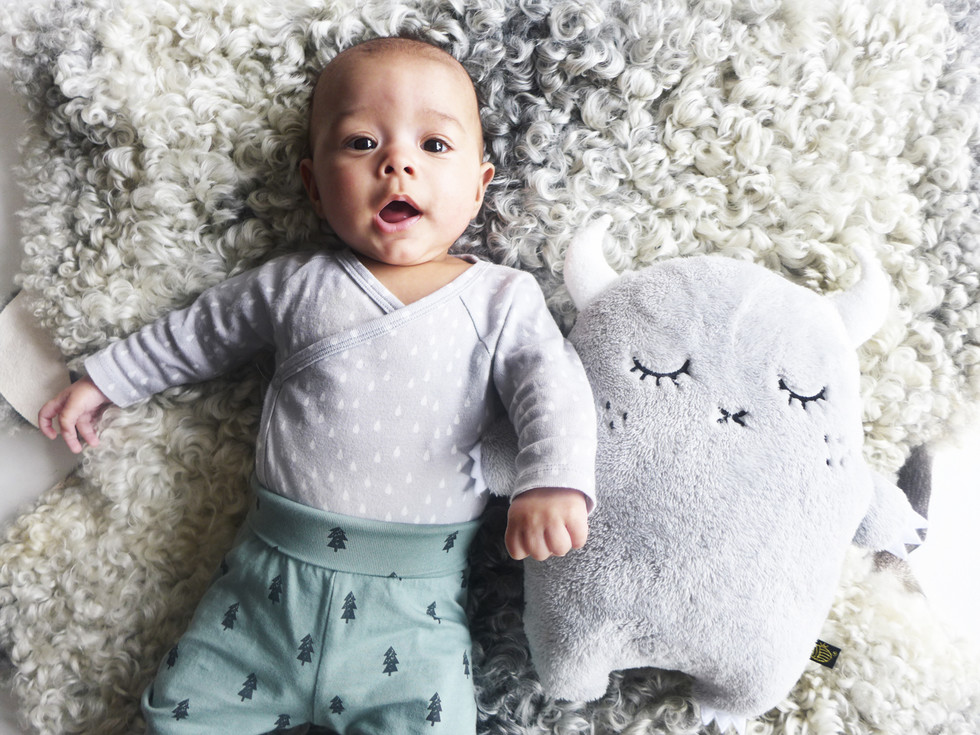 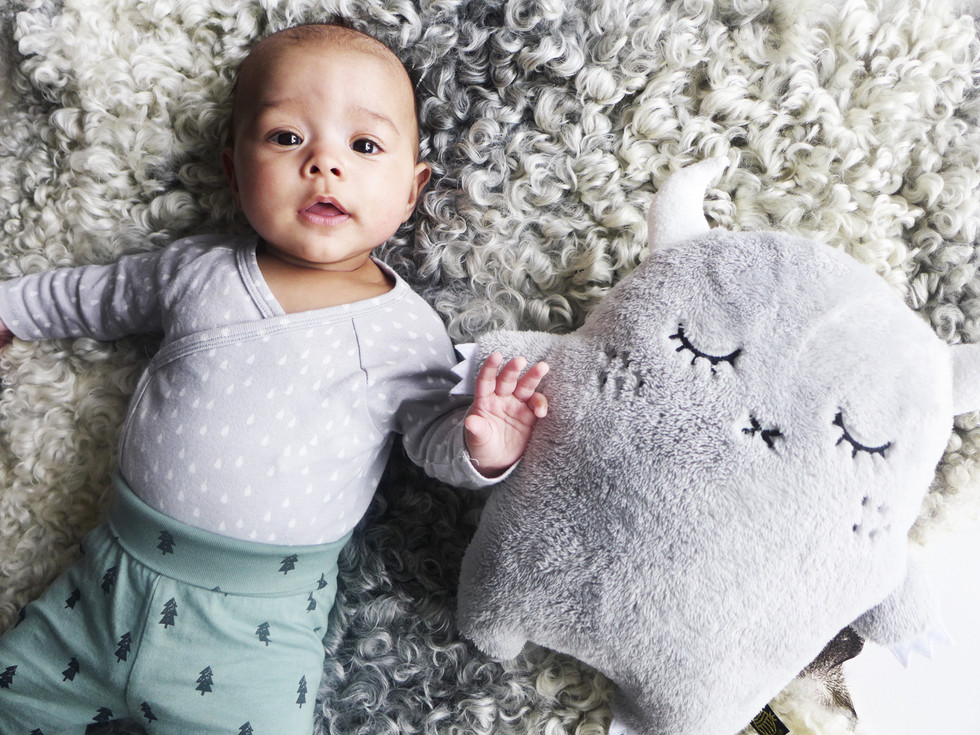 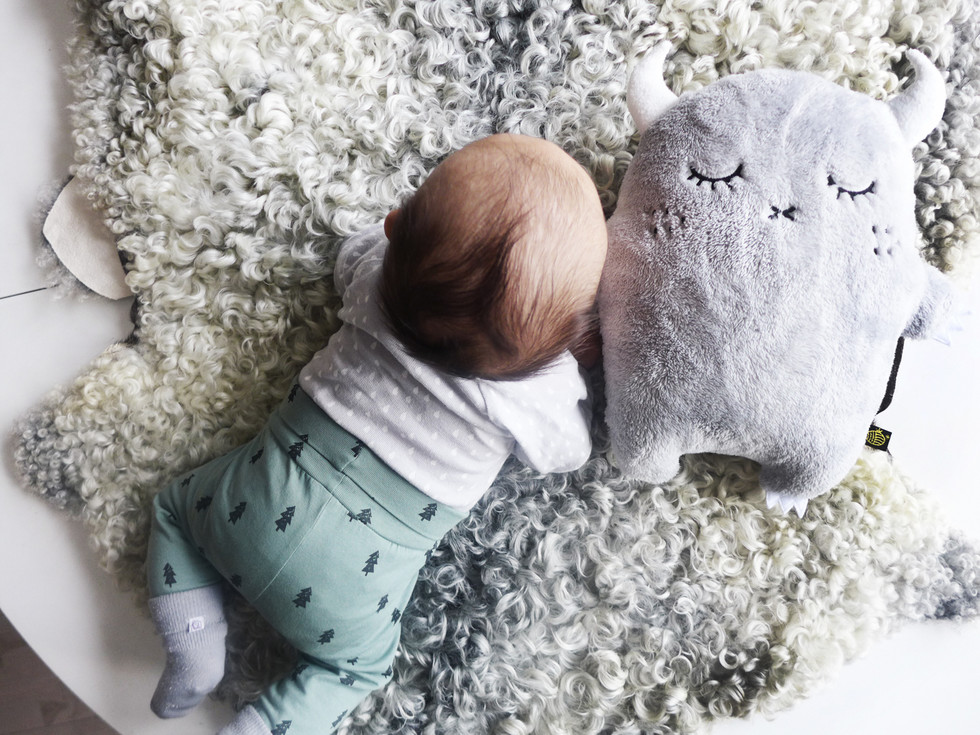 I just had to take some pictures of Vesper and her christmas gift. I found the brand Noodoll on Instagram and they make the cutest little monsters. This one is called Ricepuffy. You can check out more Noodolls here www.noodoll.com. There's a possibility that we might have a Noodoll collector on our hands, can't wait for baby's first birthday :) (I know it's faaaaaar away, but still).

As you can see Vesper has learned a new skill; lying on her tummy. We've been practicing but nowadays she seems to think it's a bit fun which she did not in the beginning. So weird babies had to sleep on their tummies during the 70s. I know there's a lot of people who like sleeping on their bellies but I just find it strange. And especially strange for infants who can't move their body parts, their faces must have been smooched. Great for us (especially for Vesper who's a baby) things do change and newborns are now allowed and even recommended to sleep on their backs. Vesper is wearing a body from Åhlens and trousers from H&M both are all organic. The sheepskin is also organic imported from Gotland.