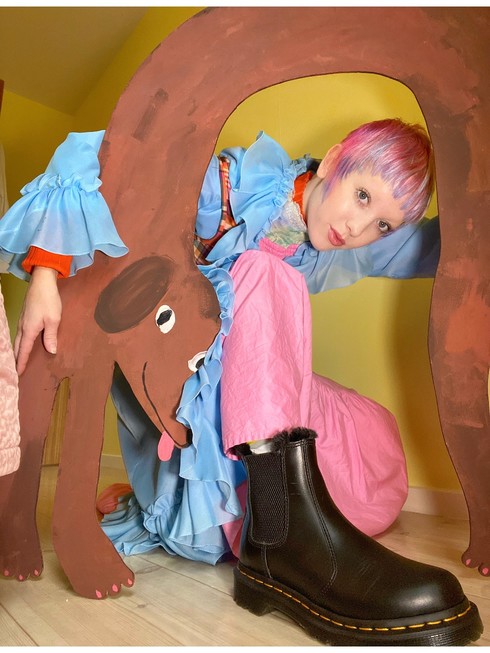 Dr. Martens presents Reboot is a concept that stays true to the Dr.Martens heritage by lacing up with six cultural leaders to each create a timeless look celebrating the British shoemaker’s subcultural heritage, supporting independent artists and local music communities.

For 60 years Dr. Martens has been bringing out the rebel in us all. What started out as an innovative German invention combined with British shoemaking heritage ended up crashing its way into the music industry and becoming an icon.  The original 1460 boot was just as likely to be seen at a festival as strutting down the runway, and some things never change. After 60 years Dr. Martens are still a symbol for rebellious self-expression. To celebrate this, Dr. Martens has joined forces with six cultural leaders from the Nordics. Together they will create timeless looks, inspired by a cultural moment or subculture from the last six decades. Championing the creativity and resilient spirit of grassroots artists.

On April 1st, 1960 the original model: the 1460 boot was created and named after its birthdate. Originally designed with labourers and postal workers in mind, the boot was later introduced to a new generation of musicians. The smooth leather and iconic yellow stitches became a symbol for rebellious youth. The authenticity of the brand combined with the timeless design and air-cushioned sole unit has made the 1460’s a consistent part of our wardrobe throughout the 80’, 90’s, 2000’s and to the present day.

Although, as we all know, in 2020 nothing is the same as before. The world Dr. Martens exists in has changed radically during this year. A big part of Dr. Martens unapologetic self-expression during these 60 years has been live music and subcultures. This influenced the concept behind Dr. Martens presents Reboot. DMs are staying true to their heritage and lacing up with the best bands, artists and creatives of the Nordics to create six different looks, inspired by specific cultural or subcultural moments and combined with their own aesthetic. And of course, a pair of Dr. Martens iconic footwear.

Dr. Martens have always been committed to building communities and fuelling rebellious spirits, and they know it’s more important than ever to build communities and support emerging creatives. No matter what you’re creating. Art, music. Anything. They’re with you every step of the way. Here’s to the next six decades!

Starring in the campaign:

Jelly Crystal, a music artist based in Stockholm, Sweden, Filip Johnson (a.k.a. Jelly Crystal) has established himself as an artist with no boundaries.

Mario Aleksander Rojas Bøckman is a Norwegian/Chilean actor, journalist and queer activist “trying to make the world a bit freer” by sharing his visions for openness and acceptance.

Kamoelo Khoaripe aka ‘Kamo’ is the MC in the club music quartet Off the Meds on Studio Barnhus. Originally from Johannesburg he moved to Stockholm 5 years ago and started the group with electronic music veterans Adrian Lux, Carli Löf and Måns Glaeser.

Rasmus Bartram aka ‘Ras’ has worked in fashion since he was 11 yrs old and is now a full-time content creator with his home-town of Copenhagen as his backdrop.

Yoyo Nasty is a Stockholm based illustrator and artist with a MFA from Konstfack University of Arts, Crafts and Design. She creates works with humor and playfulness to create colorful images, often depicting lively figures like animals and plants. 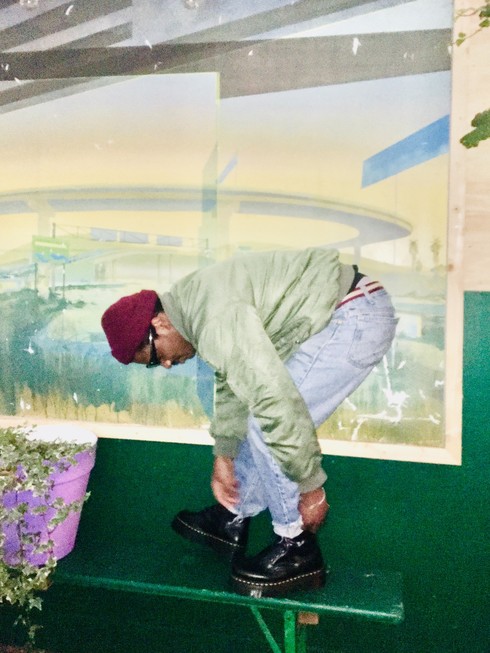