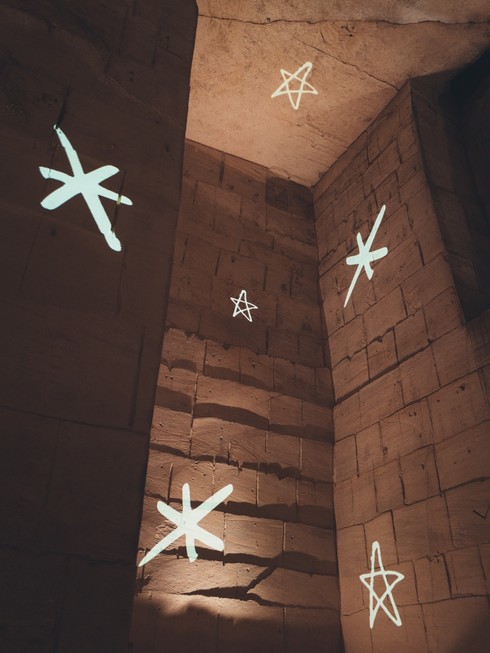 From the bestiary in her apartment to his film ‘Testament of Orpheus’.
Two free spirits with their singular worlds, and an herbarium from Provence as an invitation to travel.

Virginie Viard took us on a much-needed trip to Carrières de Lumières, a white limestone quarry in the village of Les Baux-de-Provence in the French Riviera to watch the Chanel Cruise 2021 / 22 show. The Cruise Collection is an important one for the House of Chanel as it has been a part of its history since the early 1920s. It was during this time that Cocteau and Coco became close friends fostering each other’s creativity.

Viard explains, “Gabrielle Chanel was close to Cocteau, and I love the film Testament of Orpheus. In particular this magnificent scene: a man with a black horse's head descends into the Carrières de Lumières, his silhouette cut out against the very white walls. Because the simplicity, the precision and the poetry of Cocteau's film made me want to create a very clean collection, with a very distinct two-tone, made up of bright white and deep black”.

As the models walked through darkness lit by Jean’s signature stars they ascended into the light reflecting these contrasts seen in the radiant whiteness of a long shirt-dress, and black macramé capes, between a white tweed jacket embroidered with lucky charms and a black dress in velvet and leather. Staying close to the houses’ signature classic tweeds and minimalism, Viard added a rebellious tone with references to the sixties, punk, and rock. Much to my delight, there were leather fringes, beads and sequins, fishnets and laced Chanel logo stockings (on my wish list), graphic t-shirts, and pointed silver Mary-Janes.

It was in Gabrielle Chanel's recently restored apartment at 31 rue Cambon that Inez & Vinoodh photographed six looks for a preview teaser. “It was there that Gabrielle Chanel housed her favorite bestiary, her lions, female sphinxes, but also deer, which are printed, along with other symbols of the House, on a long negligee-style dress in pink-beige and black crêpe. It was also in this apartment that she received her close friends, including Jean Cocteau,” says Viard. “Ultimately, through her friendships, it is Chanel, the woman that I love more and more. Her life gives us access to characters just as extraordinary as herself.” And the doves, something Cocteau and Picasso have famously illustrated, a messenger, a spirit of love and light were released at the end of the show.

Your work is ’a kind of miracle’, you have worked in fashion according to rules that would seem to have value only for painters, musicians, and poets…
Your direct involvement and activity in the art scene began when Diaghilev invited you to work on his 1924 play, Antigone, as the costume designer. Incredible!  Vogue headlined a review of the piece as such: “Chanel Goes Greek While Remaining Chanel”.  Antigone was your direct ‘in’ to the avant-garde art scene. This showed that your fashion transcended into the art world and also into the world of philosophical thought. From the impact of your relationships to your advocacy, influence, and eventual contribution to the modern musical style that emerged in this decade, you have been a force in defining the new sound I described as ‘music on which one walks’.
Have a beautiful day my dear Coco, 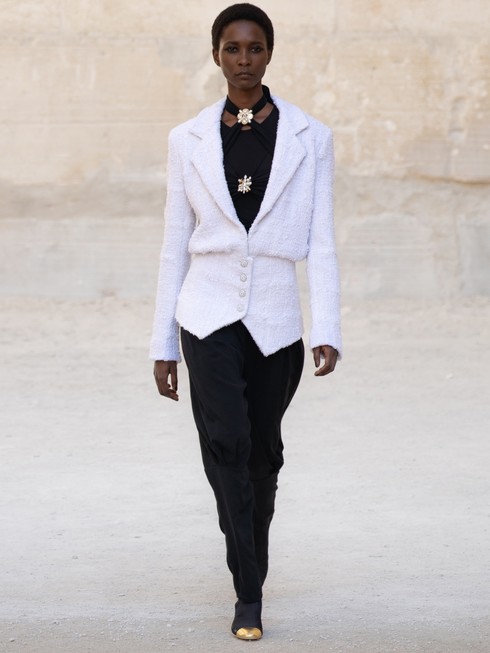 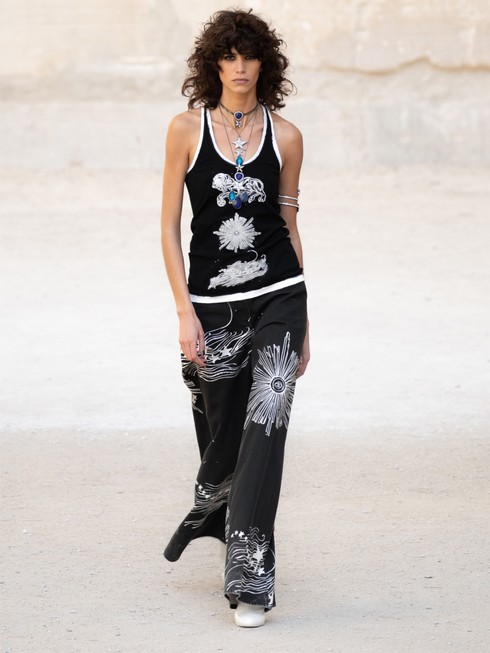 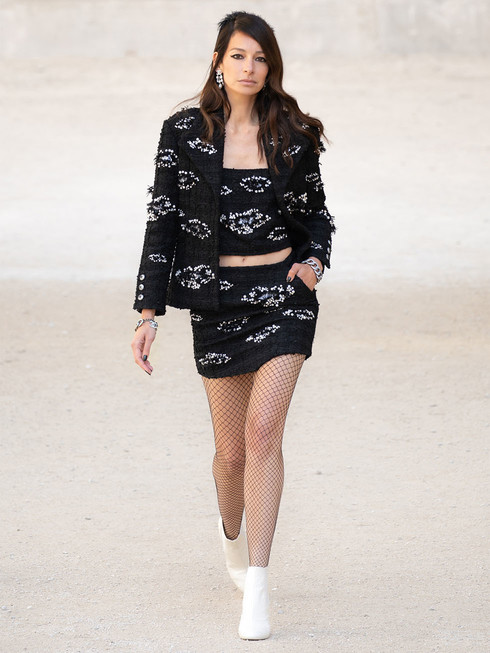 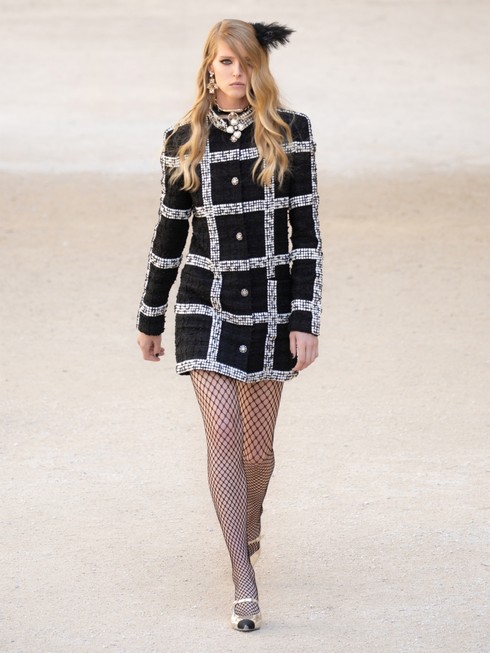 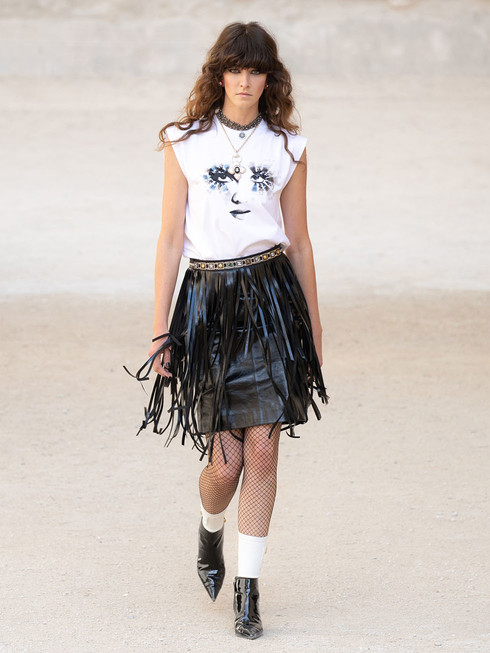 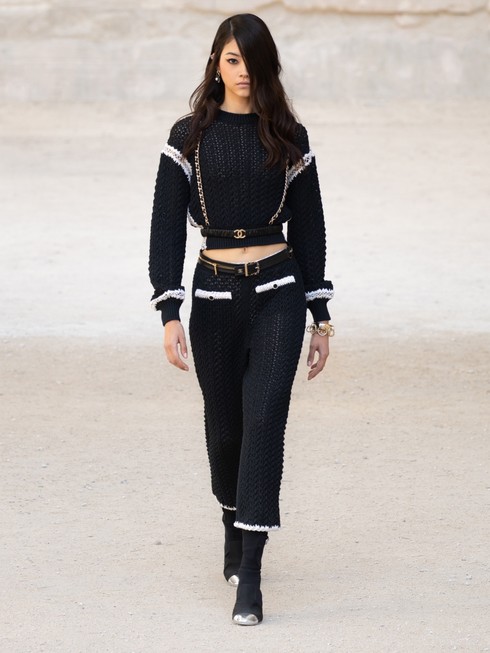 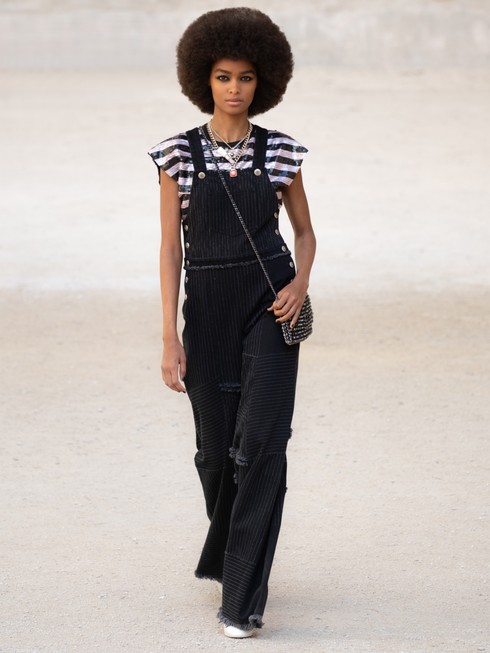 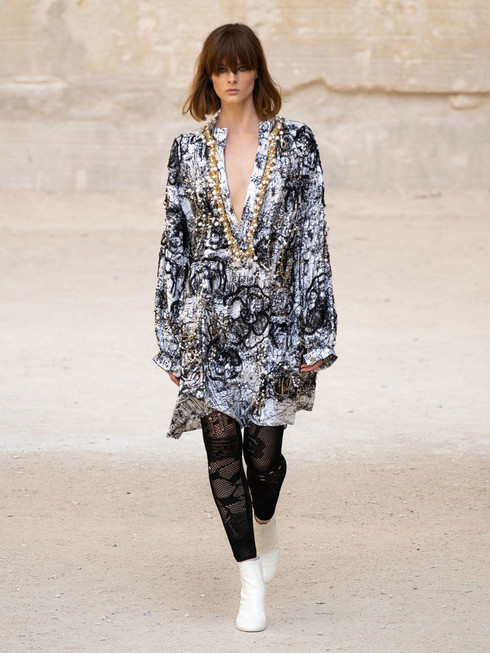 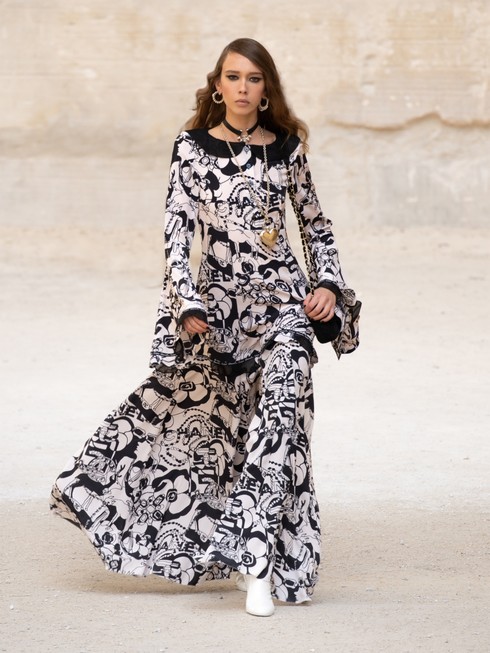 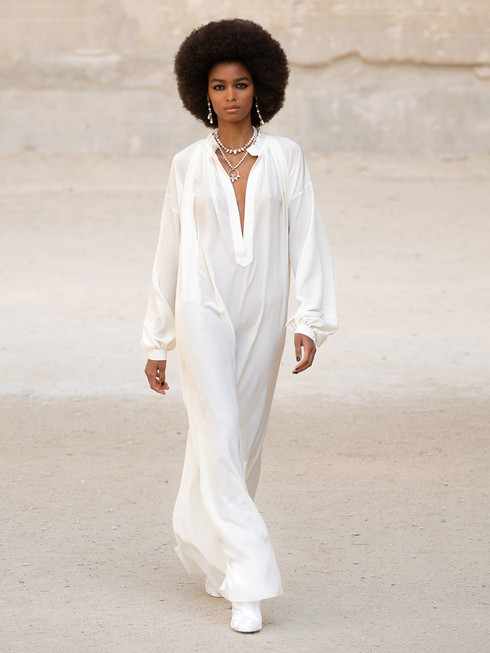 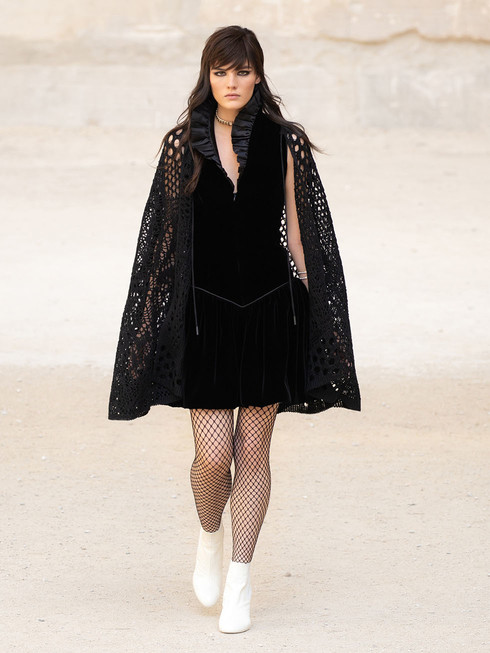 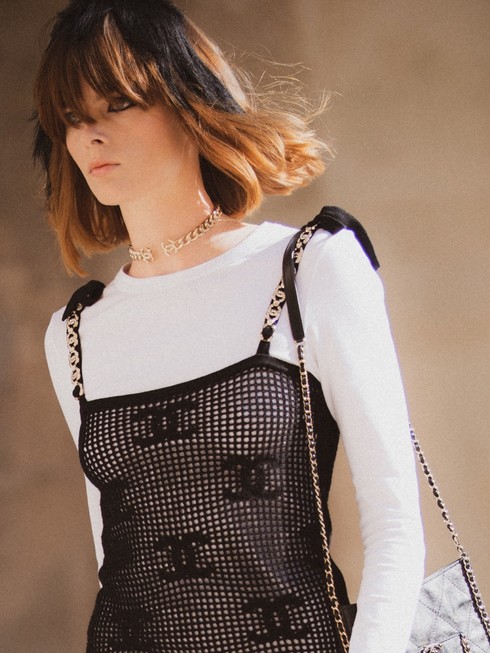 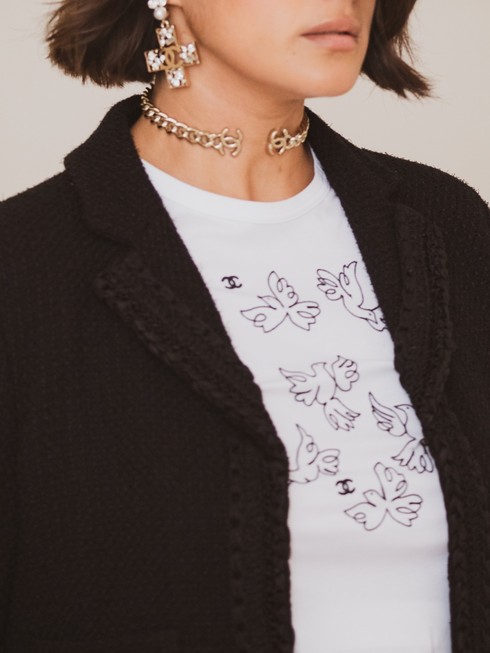 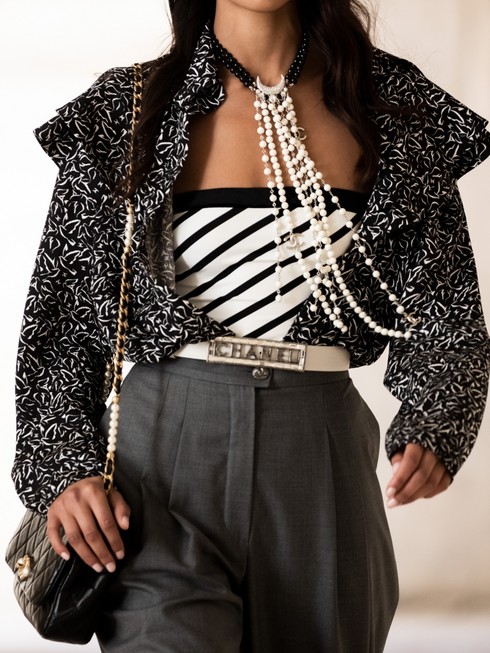 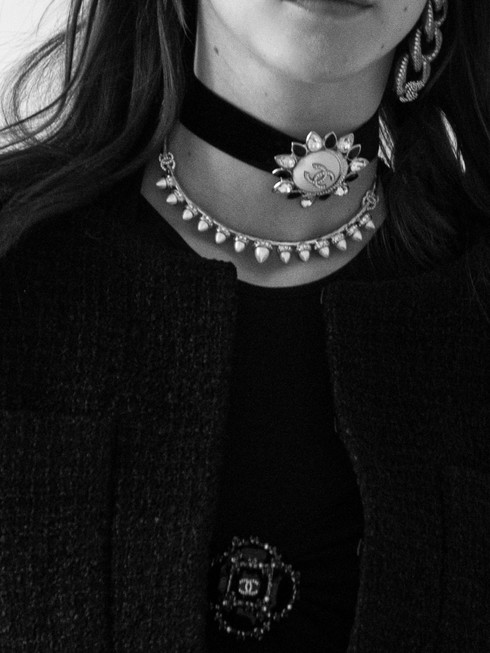 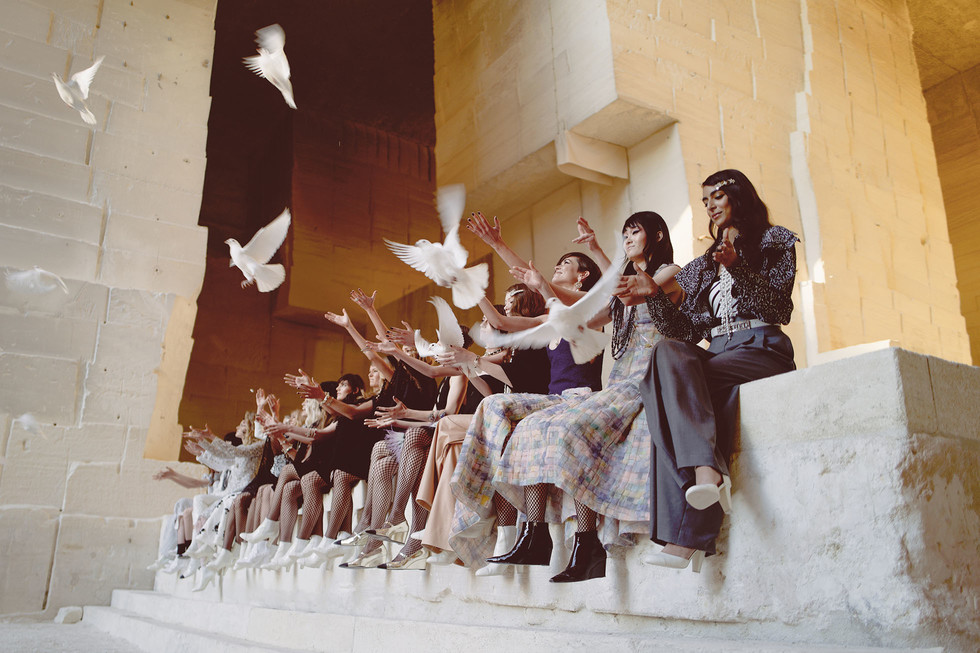