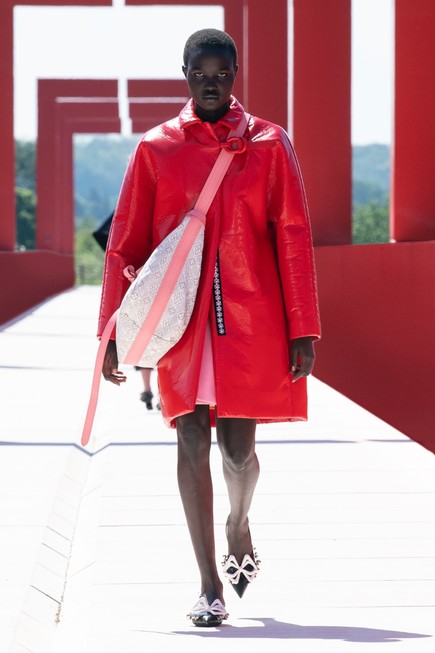 Nicholas Ghesquiere always walks to the beat of his own drums. And his 2022 Cruise Collection was his Marching Band in bold proud colors walking confidently straight ahead on a serene Axe Majeur, a daydream of a place just outside of Paris.

With this collection Louis Vuitton steps into this singular geometry, from the “Ile Astronomique” to “Le Douze Colonnes” and “Le Jardin des Droits de l’Homme,” leading up to “La Passerelle,” opening as many imaginary portals to traverse the atmosphere and — why not? — touch infinity. As the reflections of the surroundings were cast on this walkway, it felt like the models were walking on water, light, wind, sand, concrete, stone, and steel, transporting us through a portal where nature, space, and time were in a constant flow. “They are the picture of harmony in an environment that is so close and yet so far away, borderless and open to adventure. One needs nothing more than the most beautiful of passports: creation. As ever, it is unlimited and free, “ says Nicholas.

With his first look came joyful vibrant colors of red and pink followed by the loveliest Cyan blue seen in look 4 and that It green color seen in look 5, a positive beginning.
It’s no surprise that the one red thread throughout Nicholas’s collections at Louis Vuitton are his references to space and travel. This played well into his prints and fabrics in this Utopian collection with looks 8 and 9 mixing sci-fi and everyday activities like surfing and basketball. These were followed by a beautiful metallic leopard cosmic flow in look 17. Many of the other looks had a clear marching band inspiration with the military-style uniforms as suits and high shoulders. The embellishments also had futuristic finishes in the boots, and monogrammed bags in delicious greens and colors with large round linked straps that also were shown as necklaces and details in the clothes. Even the Petite Malle bag appeared in a new version. 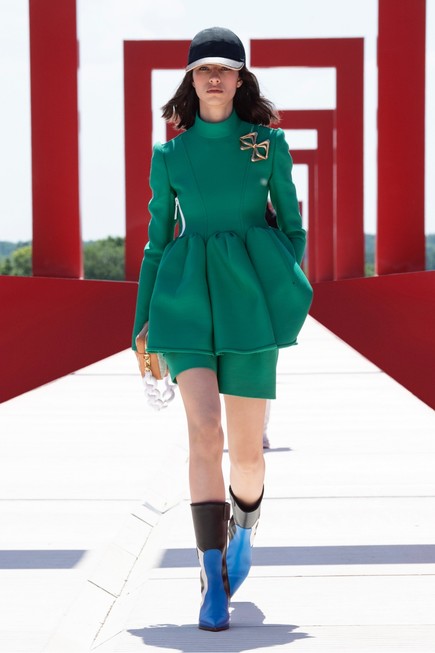 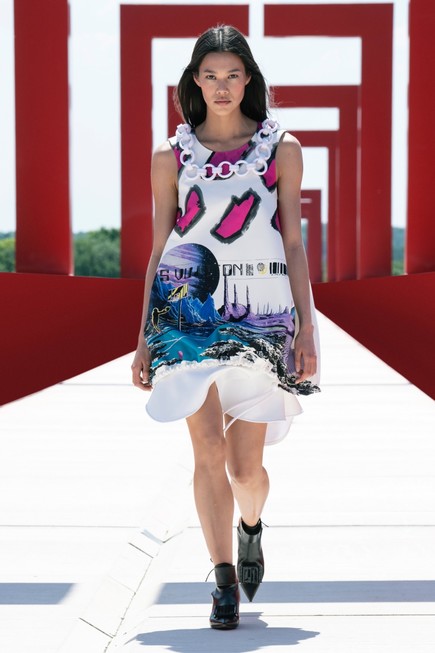 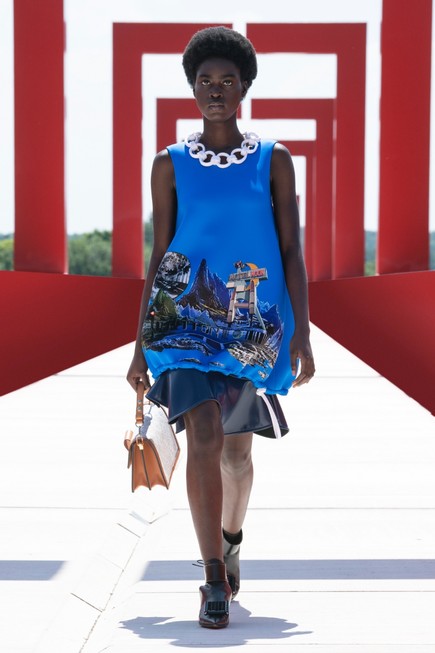 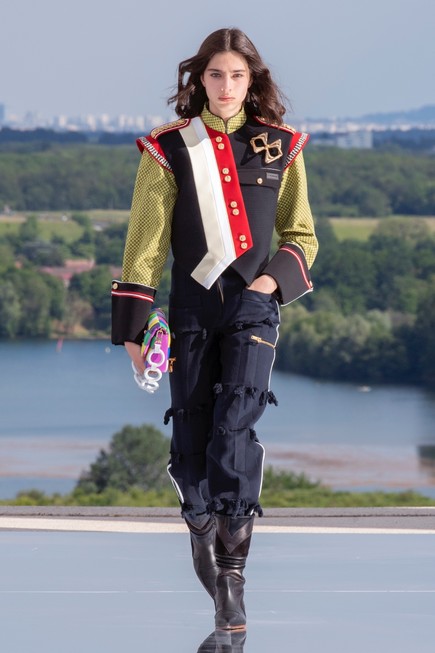 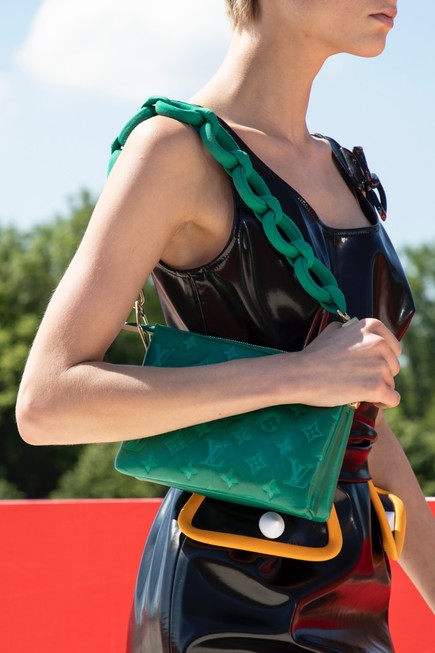 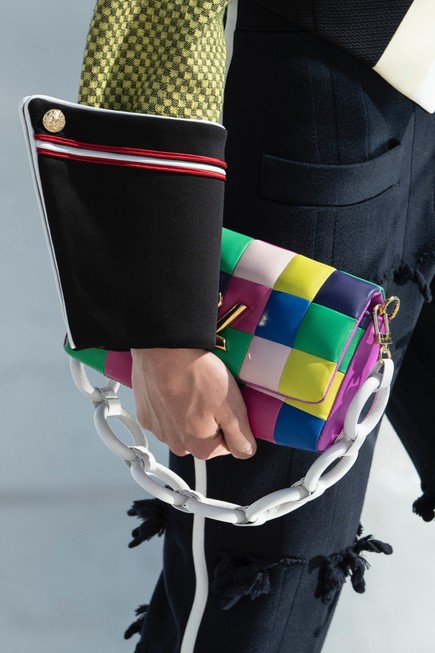 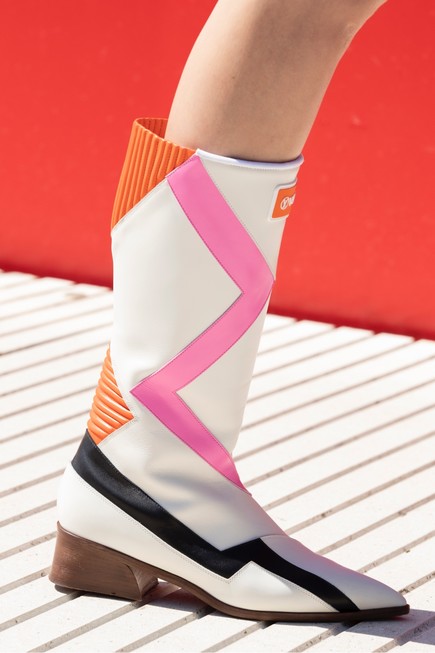