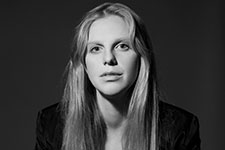 Teodora is a Swedish filmmaker based in Paris and London. Since 2012, she is directing advertisements, viral films, music videos and shortfilms. Before that she produced commercials for FRED & FARID GROUP in Paris working with brands like Diesel, Martini Royal and Weight Watchers. Teodora was educated at The London Film Academy from where she graduated in 2013. Her shortfilm #ILLUSION, focusing on the illusion we are living through social media, was sold to the French group Canal + Cine and her second shortfilm Utopic Dystopia is competing in festivals worldwide. Teodora is currently working with the development of her first feature film while continuing her commercial work.