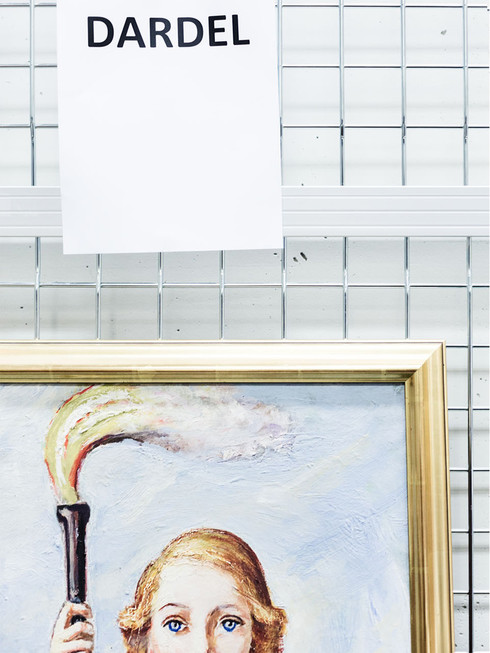 Nils Dardel – in the heart of Moderna Museet

For one year, John Peter Nilsson has been preparing the exhibition “Nils Dardel and the Modern Age” currently showing at the Stockholms Museum Of Modern Art, Moderna Museet.
– Nils Dardel (1888-1943) is highly relevant today because of the male narcissism and metro sexuality in contemporary society – the hipster as a dandy says the curator.

This is Moderna Museet’s second exhibition of the artist. When Dardel’s work was shown in Stockholm in 1988, at the height of the yuppie era, the zeitgeist was quite different.

– Gender studies was not as developed then as it is today. Today we can discuss how his ambivalent sexuality actually shines through in his work. And if we go back to Dardel’s own time, that subject was an absolute taboo says John Peter Nilsson.

Homosexual relationships were criminalized in Sweden until 1944. Nils Dardel himself was in a marriage and had a daughter, all while having relationships with other men.

On a superelliptic table in a conference room in the basement of the museum, John Peter Nilsson shows me a map of the premises. He waves his pen in the air when he talks about the exhibition, pointing his pen to the map and explaining details of the display. His passion for the subject is apparent and he truly loves to talk about Dardel. Doubtless, he could talk for hours - and I would be very happy to be the audience.

Still, Nilsson is a busy man full of restless energy with a myriad of things to take care of before the vernissage. In addition to being curator for the Dardel exhibition he is also the director of Moderna Museet’s subsidiary in Malmö.

He describes the big entry. An 80 square meter wall painted black introduces the exhibition with the scenography from Maison du Fous (Asylum) that Dardel did for the Swedish Ballet, in Paris in 1920.

– The observer will meet total darkness, which is meant to allude to the artist’s more neurotic sides he says.

In the maze-like corridors underground we walk in the direction of what John Peter Nilsson describes as the heart of Moderna Museet. Nilsson is a tall man and his long legs keep moving at a steady pace, his hands behind his back, upper body tilting slightly forward. It’s hard to keep up.

Along the walls there are cabinets and doors, all in metal. On one of the heavy steel doors there is a yellow and black sign, “Beware of the packing officer” it reads. Nilsson is trying to open the door, but fails. We are looking for someone with the right keycard – maybe the “packing officer” that we are supposed to be wary of?

We walk round and round, back and forth in the labyrinthine corridors. Everywhere it looks the same. Could he be doing this for security reasons? Maybe he wants me to get lost.

The Moderna Museet has previously been robbed of several works of art including Matisse, Picasso and Braque, together worth over half a billion.

We stop at some kind of junction in the dark basement.
– There she is. Our “packing officer” he shouts, hearty and loud so she can hear us coming up behind her.

Tova Bjurström turns around, looking at us curiously. She unlocks the door and we enter her enormous office. We stand in a big basement inventory with sliding doors made of a metal grid. The floor is strewn with a lot of wooden boxes marked “FRAGILE” written in red. Each box is also marked with a specific number, which is forbidden to photograph.

The air is damp. Bjurström tells me it’s because the paintings must adapt to a correct temperature before being unpacked.

– It takes time to gather all the works and build an exhibition. There are many people involved in the process. It is fortunate for us that Moderna Museet has such a good reputation among museums worldwide. It makes it easier for us to borrow art, Nilsson says.

Most of the time there is no problem borrowing paintings. But occasionally Nilsson needs to write a kind of an “extortion letter” to some museum directors reminding them that they in their turn have borrowed art from Moderna museet.

Among the priceless art treasures in Bjurström’s office there is portrait of Dardel painted by Iwan Constantin in 1910. Looking at Constantin’s work and comparing it to Dardel’s self-portrait from 1923 he looks much younger in the later one. The first one much more realistic in style. Of course this may have something to do with the artist being vain but it was also a common feature in Dardel’s style of painting.

Dardel was a popular portrait painter. He got a lot of work for the rich and wealthy and he portrayed them as they wanted to look, not primarily how they really appeared. Obviously, it was equally important to paint himself young and fresh.

I have found out that Dardel’s most expensive painting The Waterfall (sold for $3.7 million in 2012, the highest sum paid for a Swedish modernist art work) is borrowed for the exhibition.

– Where’s “The Waterfall” now? I ask.
– It has not arrived yet. It travels with a courier and we do not know where the painting is until minutes before it arrives. None of us know who the owner is. It’s top secret Nilsson says.

The Moderna Museet has borrowed the painting through the auction house Bukowskis. John Peter Nilsson has tried to figure out who the owner of the painting is but it turned out his guesswork was all wrong.

We follow Bjurström, dressed in thin white cotton gloves, blue jeans, and a large oblique mint green shirt striped in black. Slowly she pulls out the painting that gained iconic status in the yuppie era of the 1980’s. Looking at it makes me think: is it the subject of the story, the colors, or the knowledge of its value that is hitting me with such force? Would any valuable painting whatsoever leave me equally impressed?

There is something special about Dardel that catches my eye. I believe it is the motif, the deep blue, green and red colors and my love of the naivistic manner. And maybe I recognize myself in the Dying Dandy’s self-pitying and exaltation of his own importance, lying in his green velvet suit with a mirror in his right hand. The dandy’s left hand resting on his heart. Three women take care of him and with Dardel himself again in the background mourning. Why is he mourning? Love? Death?

– I think it was the painting’s motif - that everything could end any second - that attracted a new generation of yuppies in the 80s. I assume that they did not quite believe in themselves. All of a sudden they had earned themselves an exceedingly amount of money, Nilsson says.

Most of the paintings are inspired by events in Nils Dardel’s life.

– The stories became a documentation of his everyday life.

Art critics around the 1910s were not particularly fond of Nils Dardel at the beginning of his career. Partly because of the artist’s personality: his modern lifestyle and free approach to relationships - but also because of his artistic manner and choice of motives.

– Dardel was a contemporary artist, but he was not a modernist in the sense that he was trying to convey a new artistic language. The critics found it difficult to place him in the spirit that prevailed. It was when he developed his style further that his art became more recognized.

We look around at the paintings. In several of them there are parallel stories, as in a theater. There are a lot of symbols and he often works with contrasts in sizes. One painting truly stands out in the office. A picture of native’s heads hanging tied in the hair.

Dardel was a provocateur. He grew up in an aristocratic environment but he mocked the upper class in many ways. He removed the aristocratic prefix from his surname and he admired Oscar Wilde’s thoughts that anyone can become a dandy regardless of background. Although Dardel partially disassociated from the class-society and made fun of the upper class, it still didn’t make him popular among the working class either.

– Is it stressful to be museum director and at the same time plan an exhibition like this? I ask.

– There is a lot to do and I need to travel a lot. But I have huge machinery behind me to help me with the practical stuff.
He thinks it’s incredibly fun to do this Dardel exhibition. A true dream job.

At the moment, he is trying to find something sensational which can attract visitors to the inauguration.
– I hope that Nina Lagergren (Raoul Wallenberg’s sister and Nils Dardel’s niece) will bring the hand mirror the dying dandy is holding in painting.

The curator wants to attract both old and new visitors to the exhibition.
– Not everyone is enthusiastic when it comes to looking at old art with new perspectives. There is a conservative audience who wants to interpret the artist in the context when he was active, he says.

John Peter Nilsson is looking forward to the opening.
– Do you know where I can find a green velvet suit in my size? he asks, with a big smile on his face. I’ve been looking everywhere but still haven’t found it yet. Please let me know if you find one. 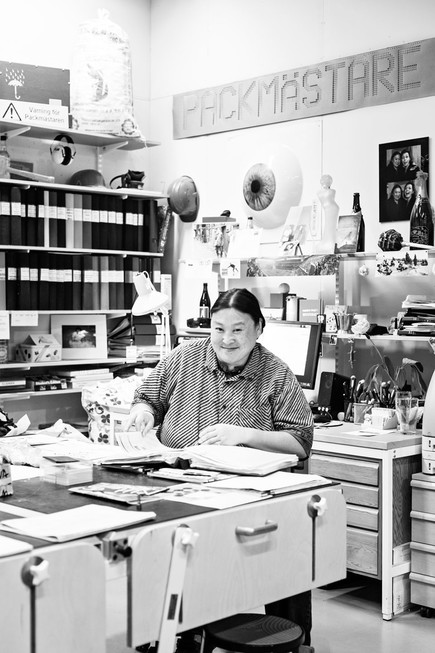 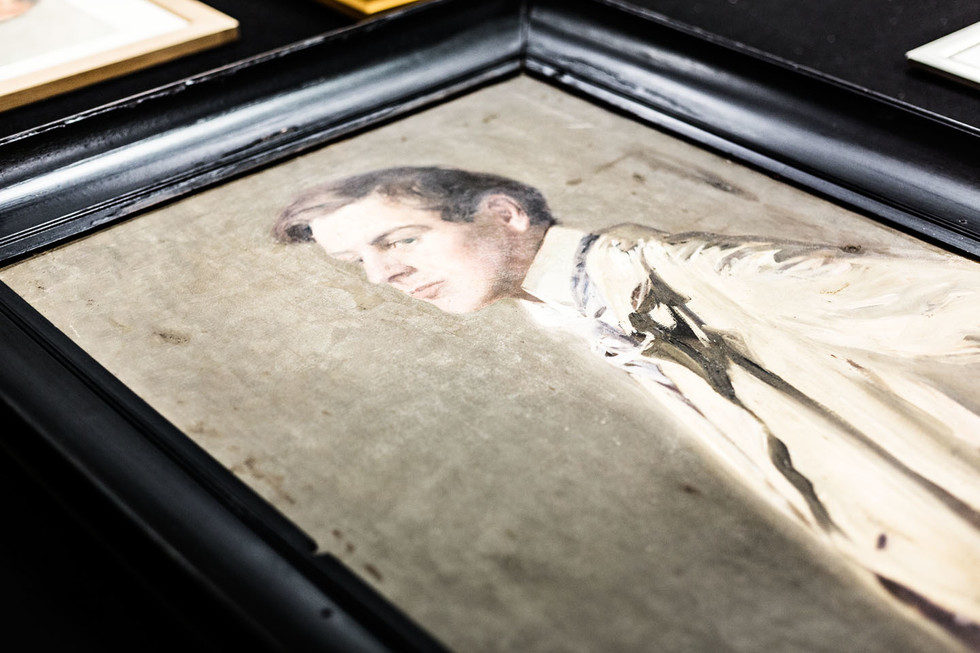 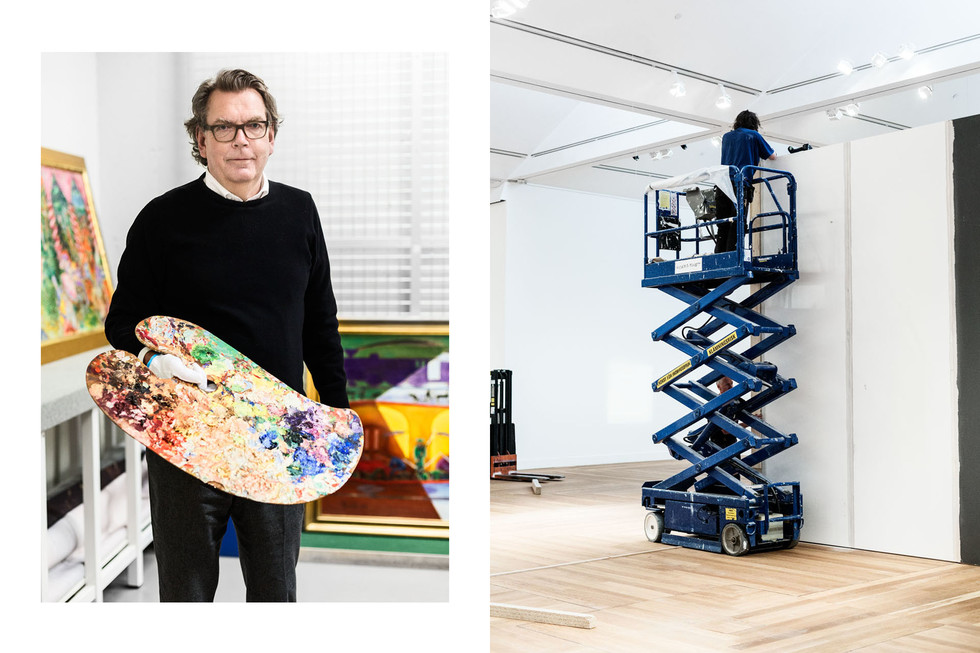 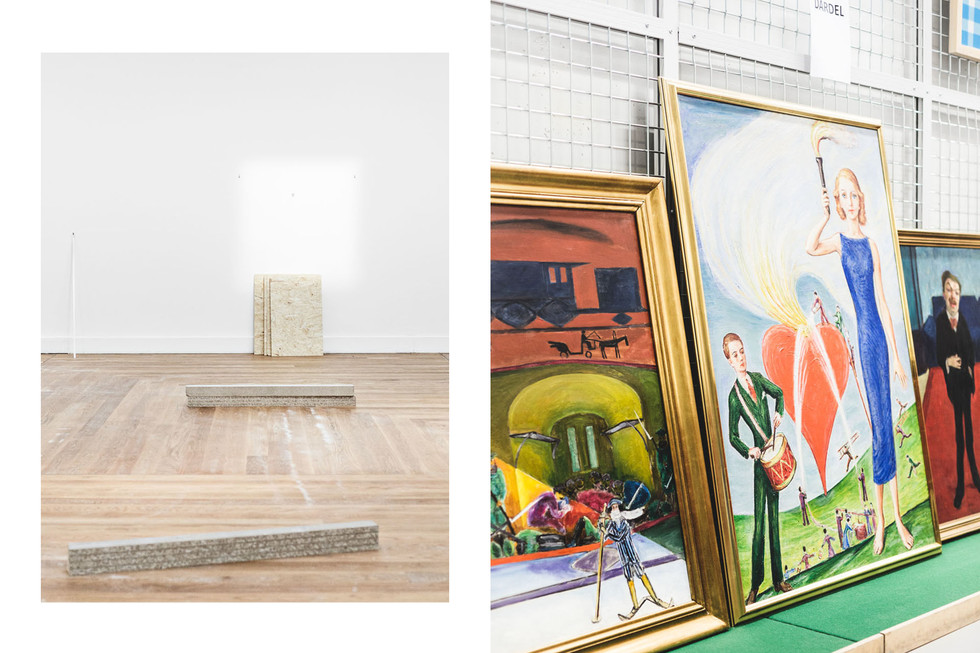