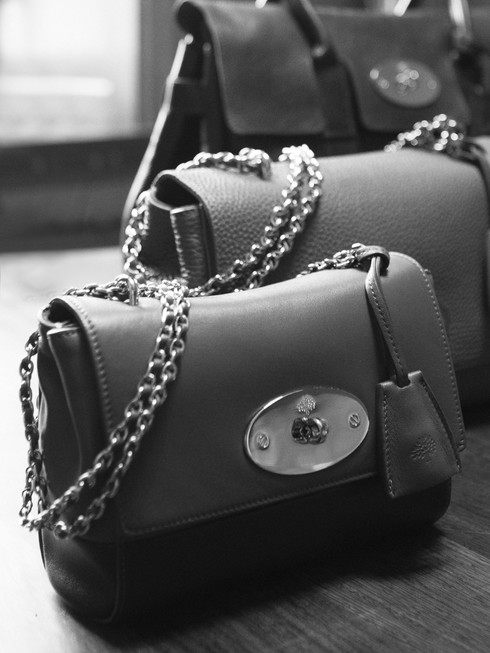 Last week Mulberry celebrated 30 years in Stockholm and for the very special occasion the label released a limited edition of The Lily, which got me an opportunity to talk some bag history with both the Executive Director Godfrey Davis and Brand Director Anne-Marie Verdin.

I meet with the Mulberry folks at Nobis Hotel in Stockholm. There is an ecstatic feeling in the air, I can tell they're happy to be here and when I start talking to Godfrey I also understand that they're dedicated to the brand and their brand philosophy.

MM: Can you tell me about the anniversary bag, what's special about it?

GD: Well, there's only 30 of them, since we're celebrating 30 years so it's a limited edition. The Lily bag's very popular in Sweden so we thought it was a good choice. The bag has actually got a label inside that says “Mulberry loves Sweden” which is quite unique. I must say it's a great bag.

MM: So you have a lot of customers in Sweden?

GD: Yes we do, we have a lot of costumers from Sweden that come to our stores around the world. We're well know to the Swedes and now we've been here for 30 years. I think there's a good compatibility between the English and the Swedish lifestyles and that's probably why we've been here for so long. For us, that's a good relationship.

MM: What about the aesthetics of Mulberry?

GD: Right from the beginning Mulberry was kind of the cool of London, the brand was the It-fashion thing happening at the moment, combined with the English heritage and countryside style. We still manufacture in the UK, which is very rare and we aim to find a balance between the English heritage and more contemporary fashion. Most of our designers come directly from Central Saint Martins and are in their early twenties. So there's always a young creativity pushing us forward and I must say London's a fantastic city to be inspired by.

MM: You told me a bit of how Mulberry was in the beginning, but what was the essence of the brand when it started, was it the leather goods?

GD: Yes, really in the beginning it was leather goods, but quite early Roger Saul, who is the founder of the brand, also started making clothes. Actually it all started on the kitchen table at Roger's parents house. He was on Carnaby Street. People were wearing chokers, belts and things, you know it was the “hippy road” and Roger thought that was something he could get into. He was an entrepreneurial guy and that's what he did.

For the 2014 spring /summer campaign Mulberry started working with the well-known British model Cara Delevingne; quite bold move. She's young, outspoken and some would say unpredictable which is maybe not the first synonyms for Mulberry, but the brand loves her. She's often in and out of the office and has a clear mind about what she likes when it comes to bags. Godfrey says it's not just a working relationship it's also a friendship, “she's just right for us”. The Cara bag sold out in just three days.

MM: If I would buy a bag, how long do you think I could use it?

GD: How long as you'd like! I mean everything will wear out in the end, but the quality of our bags is brilliant and they will just look better and better the more you use them.

The brand Director Anne-Marie Verdin tells me a story about someone who lost their Mulberry bag, found it 10 years later hanging in a tree looking quite as good as when it got lost. Conveniently there's a policy of making leather for all weather…