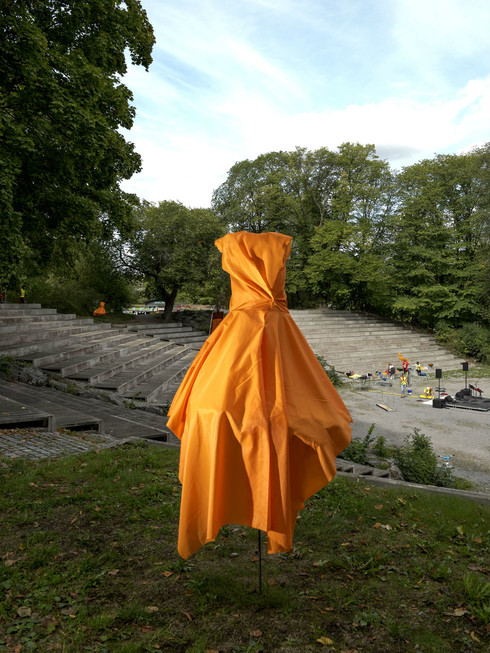 On August 25, L. Christeseva, Belarusian-born Swedish artist, launched a new project, ’Fashion Speaks’, which was running through Fashion Week 2018 in Stockholm. The artist placed a number of toile-dress sculptures at various locations in Stockholm, letting those evolve from orange to pink, then transforming to off-white and finally fluctuating to white and red. Why would the artist do something like this?

The toiles of L.Christeseva were previously exhibited at The Army Museum (2016), the residency of the US Ambassador (2016), the Nordic Museum (2017), the Bergman Center located on the island of Fårö (2018) and many other places in Sweden. Constituting different versions of garments made to test a pattern, these toiles have been recycled from different designers and placed on stage by the artist L. Christeseva in order to solve artist’s main concern about her cultural identity. That concrete ‘reincarnation’ of cultural identities seeks to tell different stories by women, about women, for women – and the rest of the world. Nevertheless, the main purpose is to raise the question ‘What makes woman a woman?’ and invite the audience to answer it from an individual cultural perspective.

‘What makes woman a woman?’ is a main concern of L. Christeseva, who many years ago moved from the patriarchal culture of Belarus to the feminist society of Sweden. Toiles for L. Christeseva is a material to share her own story as a woman and as an artist. They are a certain embodiment of how the artist has experienced her own identity both personally and culturally. It is a complex matrix extending through many dimensions, and which is not possible to be finished with – recycling, re-forming, re-configuring, re-thinking. Thus toiles, which are usually thrown away in the fashion world, become an important artistic medium to speak about processes of construction, transformation, and learning.

The project ‘Fashion Speaks’ is designed to extend and to enhance the perception of fashion further as an expression of individual identity by using the toiles as a remedy for creating a platform for socio-political discourses around femininity. Contrasting conceptually and ideologically with the concept of the established Fashion Week, which runs in Stockholm since 2005, ‘Fashion Speaks’ aims to disrupt the current paradigm of the phenomenon of Fashion Week by using fashion as a tool for spreading awareness of important social and political issues and helping to find resources for creating solutions. L.Christeseva claims that ‘The toiles placed in a different context in this case become a symbol, where the past and future create an interlacement, giving rise for the discourse. Today, when we are used to seeing things in black and white, we need to talk, to discuss, to listen and to hear. I use fashion to speak and to make us speak out.’

On August, 25, the artist dressed her sculptures in orange and placed them around the city of Stockholm: Rålambshovsparken in Kungsholmen, Rosendals Trädgård, Elite Hotel Arcadia, Dansmuseet/Drottninggatan, Arméemuseum, and Norrmalmstorg 6, to mark the Orange Day together with UN Women Sverige and MeToo Sweden. The artistic idea behind the persistent fashion message was to use fashion as a tool for bringing violence against women around the world to an end.

A couple of days later, the dresses turned into the pink silhouettes, where the colour, charged with ambivalence of pureness and oppression, might often be considered as a secondary colour for a second sex on the one hand. This interpretation is, on the other hand, strongly rejected by the millennials, who see this colour as an infinite trend. The artistic approach here was directed to break the stereotypical rhetoric of the colour and redirect the audience from its superficiality towards alternative interpretations in order to strength the femininity without turning it into a sign of weakness.

Later, L. Christeseva would turn her creations with aid of the colour of red and white into an elegant and adorable message, bestowing a vigorous effect to the eyes and mind. As Ingmar Bergman once said, the colour creates ‘the interior of the soul’. Bergman interpreted red as a symbol of the female womb, or the source of both life and sexuality. Standing in contrast with red, the colour of white is strongly linked to divinity and faith. Together these colours create a deeply emotional picture, giving rise to a number of new interpretations and feelings. Dressing the toiles in red and white was the artist’s way of paying a tribute to Ingmar Bergman, who brought the image of a strong woman on the stage and often illustrated it by dressing his actresses in red and white on the screen.

Inspired by August Strindberg, Bergman developed and completed the image of the modern woman, which Strindberg started to build in literature, into a postmodern persona with a deep intellectual side and strong emotional power. Strindberg’s women had to struggle with the social context as much as they had to deal with their feelings, while Bergman’s women stay face to face with their inside, fighting against own fears and weaknesses, looking for their true self. What does fashion give to women today? What does it take from women? Do they have their freedom and will to power? What can fashion do for women today? These issues we wish to be integrated into the contemporary content of fashion, where a fair play can start in reality, without staying an illusion of the latter.

Interestingly, that the artist always returns to herself and her own story, developing new concepts of works. This kind of u-turn to the original state, where the toiles appeared on stage as they initially were, naked and voiceless, is necessary for each of us before we make a step outside ourselves. Our backgrounds and our cultural differences constitute the way we perceive ourselves and the world around us.

After receiving an incredible perception in Stockholm, the project ‘Fashion Speaks’ is on the runway through cultural borders now. It will be interesting to follow what colours and what media the artist will address while bringing her works on stage in Turkey on October, 29. How should the different concepts beyond cultural boundaries really be interpreted? Can we find a way to a mutual understanding of our multi-faceted perception in fashion and art?

Get inspired, create awareness and extend the perception of fashion beyond identity together with the artist on www.fashionspeaks.se. 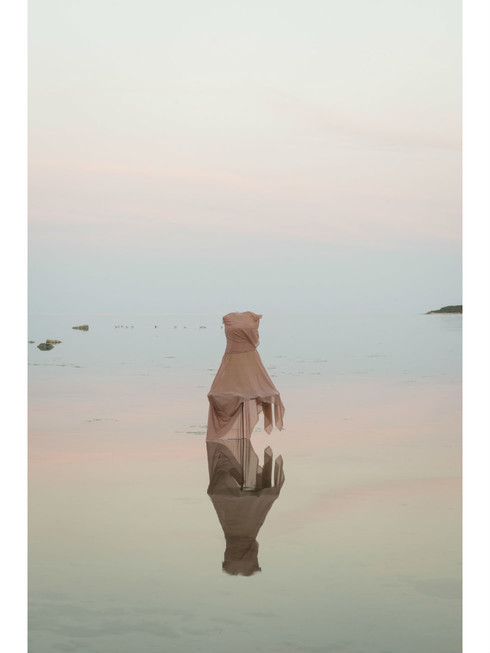 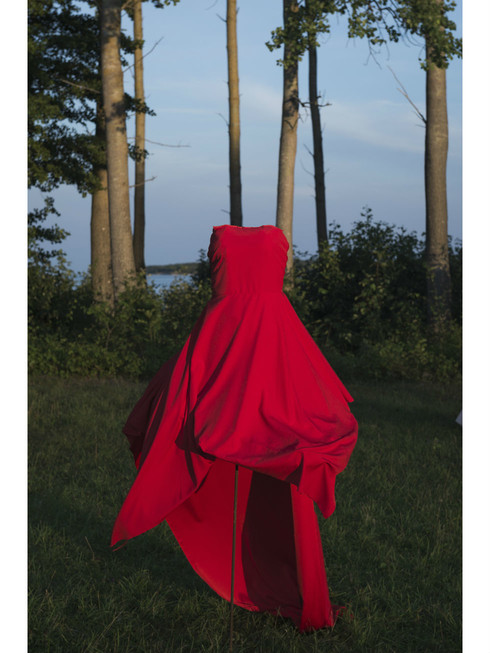 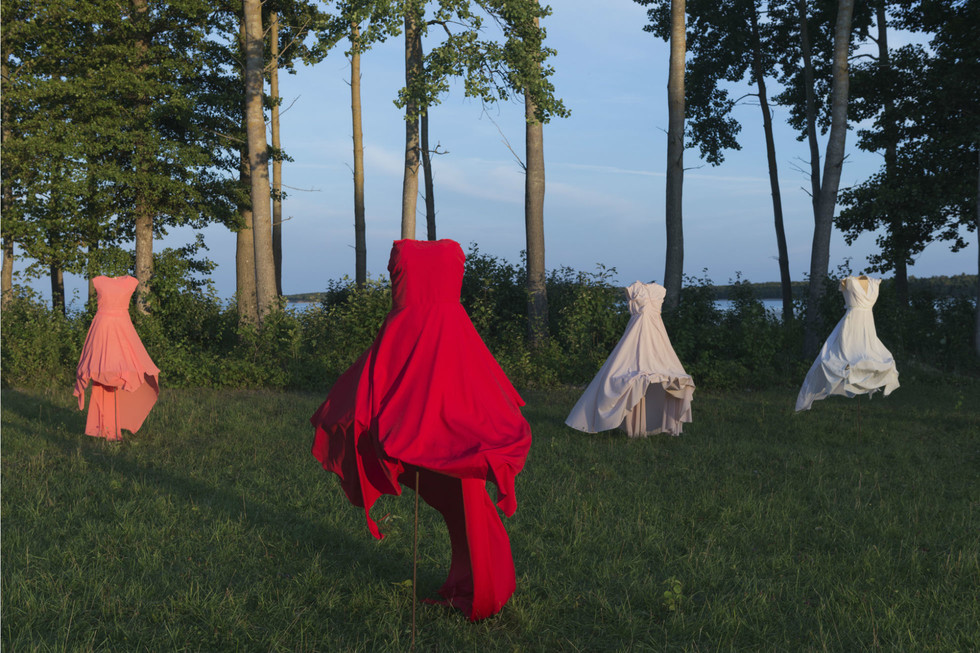 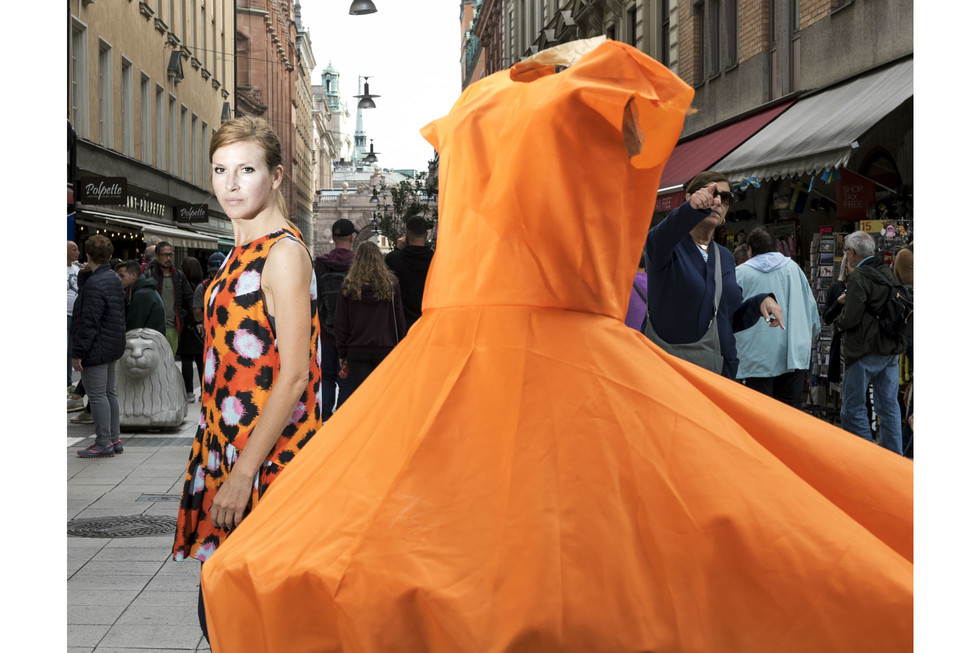 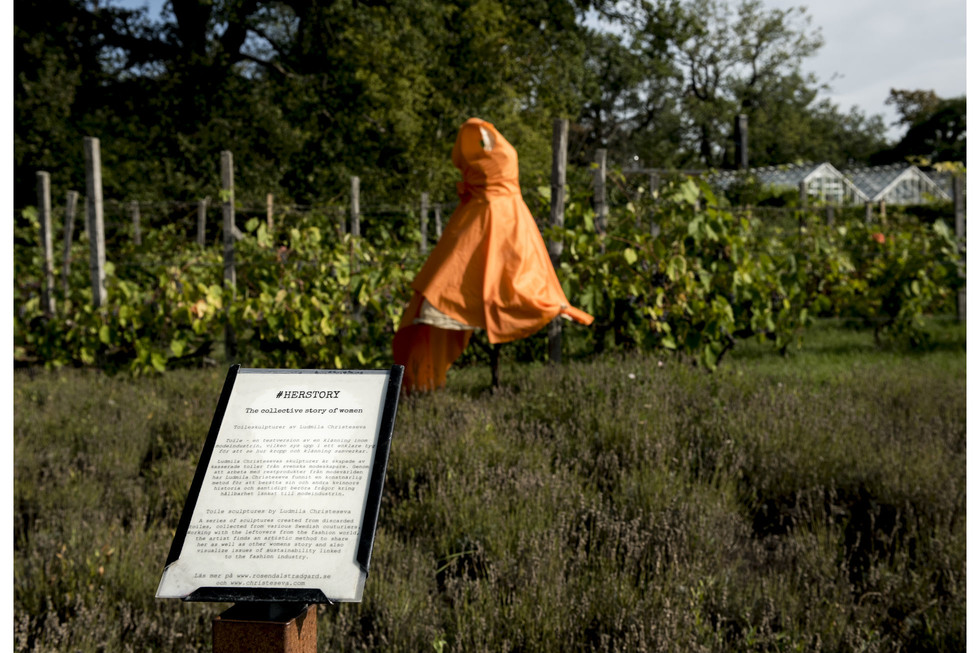 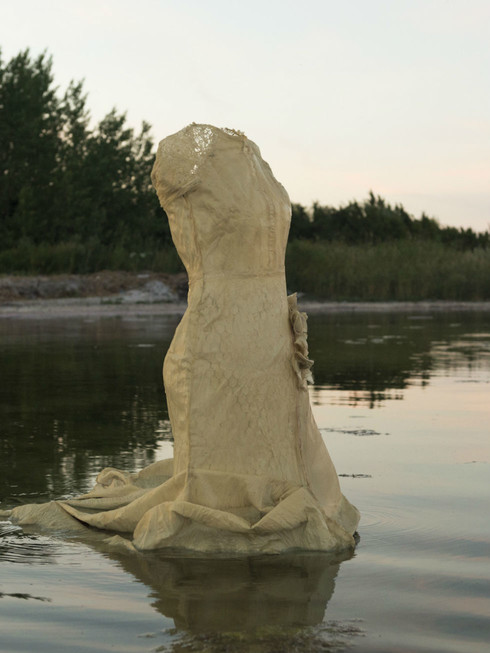 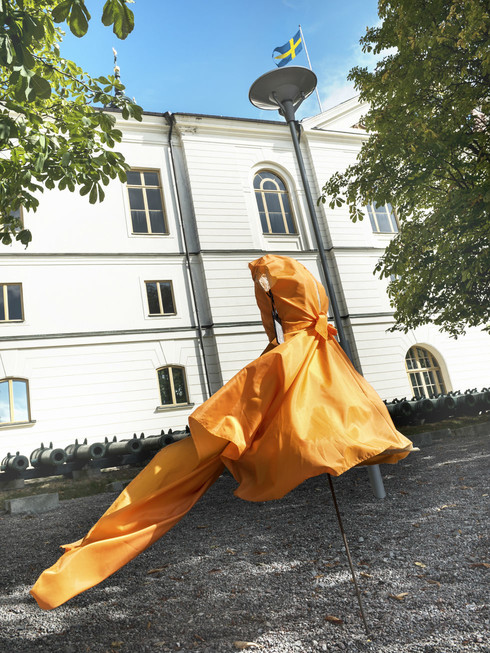