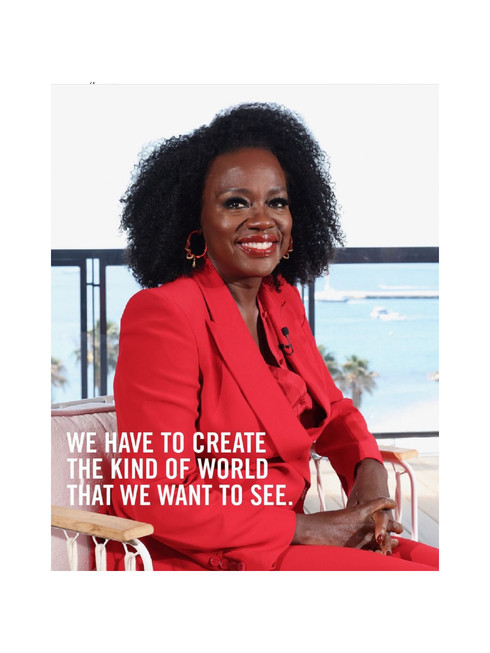 From May 17th-28th, 2022, Kering's present Women In Motion live from the 75th Festival de Cannes. Conversations that celebrate achievements for women in cinema, but also beyond the film industry. Kering’s programme celebrates the progress of women in society and beyond.

In 2015, Kering became an official partner of the Festival de Cannes and launched the Women In Motion program with the aim of shining a light on women’s contributions to filmmaking, both before and behind the camera. Since then, the program has become a platform of choice for helping to change mindsets and leading conversations about the status of women in the arts and culture. Through its Awards, the program recognizes inspirational figures and young talents, while its Talks provide an opportunity for leading personalities to share views about women's representation in their chosen professions.

Luckily you can follow the events as if you were there, from live Talks webcasts to prize ceremonies and new podcast episodes. On Kering's Instagram, and YouTube, you can follow the conversations and listen to inspiring talks. Hosting is the producer and journalist Géraldine Sarratia live from the Kering suite at the 75th Festival de Cannes.

First out on 19th of May Kering and Women In Motion welcomed the one and only Viola Davis. Viola Davis is one of the few Hollywood personalities to have won a Golden Globe, a BAFTA, four SAG Awards, and what Hollywood calls the Triple Crown of Acting: two Tony Awards, an Oscar and an Emmy, for her roles in the stage play King Hedley II, Fences and its remarkable film adaptation, and the TV series How to Get Away with Murder. This astonishing record also makes her the only African American actress to have received so many nominations and awards for her roles in theater, television and film.

Elizabeth WAGMEISTER: So, Viola just had a memoir that was published. What was that process like: writing, for you?

Viola DAVIS: That process was very cathartic. You know, I started writing the book during the pandemic, when I felt like I was having a really existential crisis of meaning: you know, BlackLivesMatters was happening, of course Covid over it all, and the LGBTQ community fighting for their rights, we had a very sort of contentious election, and all of the sudden, I am starting to look at my neighbours different, I am starting to look at my white counterparts different – I’m sure they’re not looking at me differently, not negative or positive, but just in a way that is more “woke”. And with all of that, questioning connection, questioning what am I doing, what is all of that? And whenever you have an existential crisis, I always say, it’s time to press the reset button, right? Like, when your cell phone is messing up, they tell you to turn it off, right? Then, turn back on? And so that’s what I did: I went back to the beginning, with my book, to Viola as a little girl.

Elizabeth WAGMEISTER : Where do you think that come from: that belief in yourself? Even during the tough times, you knew that your deserved more and have bigger things ahead of you.

Viola DAVIS: I have absolutely no idea where it came from. I’m sure that when my life is over and – for me, my belief – and I meet God, he will explain that to me. “Why did you inject that in me?”, you know? All I know is that I have it. Just like if you did a DNA profile, you don’t know what is going on in you, you really don’t. And then you get your DNA, and you are like, “you’ve got to be kidding me”. But what I know that I know that I know is that there is something about getting your heart broken a lot – and it breaks, and it breaks, because you know, especially if you are living a life, you are going to get heartbreak, so you hit the bottom, you get the heartbreak, and then you have the choice to just sort of wallow in it, and stay there, or it gives you clarity of what life is really about.

You know, I was watching a programme where this guy was driving home. It was sort of a little tragic. He was driving home because something had happened to his daughter. He was absolutely beside himself.
But he made an observation, as he was driving back to his house to see what was going on with this daughter. He saw everything with such clear clarity: the trees, the birds on the side of the road, you know, the water. All of the sudden, he was like, “Wow, this is a route that I take every single day, and all of the sudden, I am seeing it with a totally different vision, like an X-ray vision”.
And I think this is what happens, even when you get your heart broken a lot in life. You then appreciate life. Like, I’m telling you right now: I appreciate a good meal. I appreciate a full refrigerator. I appreciate clean sheets. I appreciate going to a furniture store and buying a new bed. I do. I appreciate soap and water, because I never had it. And I think that is what I got from my life. I appreciate things that other people take for granted.

Elizabeth WAGMEISTER: Right. Right. You are talking about heartbreak and how those moments can really end up resulting in the best – it depends what you do with it. Acting: this whole industry is an industry where you hear the word “No” a lot.

Viola DAVIS: You hear a lot of words a lot.

Elizabeth WAGMEISTER:  But a lot of words a lot, especially the word “no”, when you are coming up through auditions, and they don’t see that you are the right fit. Is there a moment in your mind that sticks out as a moment of heartbreak or rejection, through your career, that really was a moment for you, where you were able to see the positive, and grow from it?

Viola DAVIS: Well, let me tell you something. I could point to those moments, but I will say this: seeing the positive of it takes time.

Listen to the entire conversation in the video above or here 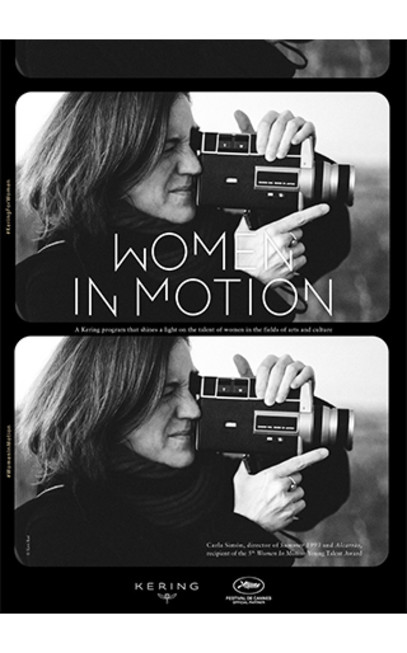