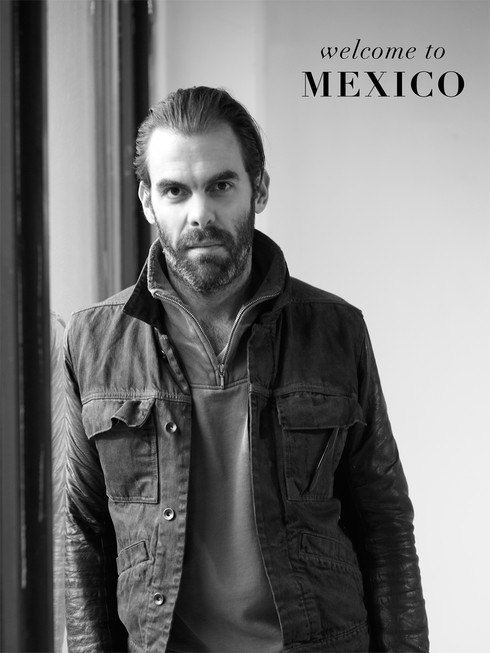 Welcome to Mexico
Earlier this month I took a trip to MEXICO – a showroom located on the border of Chinatown and Soho – to chat with founder and overall cool guy, Joshua Safalow. Described by Safalow as “a store for stores,” the agency/showroom works to bridge the gap between designers and retailers. Since opening in 2004, MEXICO has launched stores, opened pop-up shops, and introduced European collections into our North American wardrobes. After a brief tour of the impressive space, Safalow and I sat down to discuss design, sartorial blunders, the integrity of clothing, and the future of MEXICO.

So, what is it that you do?
From a functionality standpoint, we really liaise between designer, manufacturer, and retailers/retail client. It’s a simple matter of translation, especially when it comes to foreign collections. Designers will come to us for our community or client base and say: “Hey, given the people you know, and the sort of experience you’ve had, the skill sets you have, we would like to enter our collection into your agency, and hope that we can mature our channel through your expertise” – meaning a sales channel, and very often in a specific region. Throughout almost the entire course of the agency, we’ve always had a European collection of any sort and very often, the clients have been European.

Is that because of your personal selection process? Or are those the types of designers who approach MEXICO?
I would say a combination, but more about what I’m sort of attracted to. I always use this word, integrity – looking for collections with integrity.

What does that mean?
Exactly. I think it really starts with an idea that has value inherently, something that’s beyond trend, or beyond a cycle, something that is unique, and is valid – meaning that it’s not student work nor is it in the ether. It’s not an abstraction of what somebody dreams of how people may look in the future or in the future-past. I think collections or designers who have integrity really have a vision that balances practicality, approachability, and just enough of a unique edge with the talent and foresight to actually see it through – to actually make it beyond the drawing page.

For you, the idea of integrity isn’t time-sensitive?
Integrity is something that steps away from that cycle and really aspires to be timeless. Something that when you pull it out of your closet, you can wear it now or you can wear it four years from now. It’s something that becomes a staple. Collections that achieve that are very rare – not so many even have those objectives these days. That integrity, or that possibility of becoming extra-trend, is really the defining thing for myself as an agent. What gets me out of bed in the morning is to work with people who are creating something with a longer reach and a bigger objective in mind – something that can really live with somebody and become a part of them.

How do you characterize unique?
Well, there are lots of ways to be unique. I think today, what can be unique is something that can balance the reality of how people would like to dress with just a tinge enough of what we call design or function. Someone who has that balance, who takes the functions of a garment – that’s what design is, a primary function – and layers over certain aesthetics and certain type of stories, little narratives. Something that when you look at it once or twice, it keeps showing back to you. It’s not so surface. Details by fit, details by fabric, details by hardware – that’s a unique product.

How did MEXICO come about?
When I started in this industry, in 1998 or 1999, I worked in menswear a bit – not knowing a thing. And then, I happened to get a chance to work for a Japanese company, which was quite established in Japan but not at all in the United States. They wanted a New York presence with a store and a wholesale showroom. I was one of a couple of Americans working there and I had a little bit of experience in wholesale. So I ended up working in the wholesale showroom upstairs, which predominantly consisted of European accessories. Four years later, I learned a lot through the company. They were like: if you want to do it, if you have an idea, go ahead, and do it. We did wholesale, two shops in Japan, a New York concept shop, and we did a lot of distribution deals. So I was able to teach myself a lot of things. There was a lot of what not to do. Soon after, they shut the showroom because it wasn’t performing.

I then left the company and started working with a company that was based in New York and Paris, called Surface to Air. Here in New York, they were quite small and they didn’t have anyone working on the wholesale side. I just turned my apartment into a showroom since it was right around the corner on Crosby Street – 5 Crosby. I got them into the building and soon after, that whole building became a creative mash-up of casting agencies, designers, and artists. It was only about 500 square feet. We were there for three years.

Was the showroom always called MEXICO?
No. It didn’t have a name for many years because people would just come to see the collections. When I still had the sixth floor space on Crosby, my colleague Gordon at Surface to Air – who does more fine art/art direction – had a studio across the hall. Every now and then, I would just go across the hall to just shoot the crap with him. One day, he was sitting at his table with colored pencils and crayons everywhere. He had an archival sheet of parchment paper and was drawing a man with a sombrero in yellow, squirl-y eyes of green, a purple goatee, a mustache of red, and underneath it - it just said, crooked, “MEXICO”. And I said, “Gord – that’s the name of the showroom.” Two weeks later, we had a solid logo and we branded everything. I like the reflexive nature of it – “Have you been to MEXICO? Have you seen the guys from MEXICO?” MEXICO is clearly one thing and one thing only. We’re just kind of playing on that. At the end of day, we’re talking about clothing. Sometimes people take it so seriously, but it’s not that serious. The business side of it is serious. It should be a fun activity, on some level.

What’s the fun part?
When you work with these amazingly talented people; when people get that; when people are excited to see that. Sitting with designers and talking about mood boards and fabrics, what works and doesn’t work – the collaborative process of it all is fun.

Did you ever want to design?
I know too much about the industry now to even attempt it or even be silly enough to try it.

But when you were a young person?
I guess, maybe when I was seventeen. But I had no idea. You just have the idea, “Oh, I want to be a designer.”

Would you say that your taste has changed too?
When I was quite young, I had really horrible taste. I had no idea.

What constituted horrible taste?
It was obvious. It was loud. It was a bit brash. Much like a student – you just try to mash everything together and wear it all at once. And there are some people whom you meet, some stores that you walk into, some movies that you watch, or artwork that you see and it just blows your mind. You can’t really wrap your head around it and usually, in my case at least, you can’t absorb all of the references. The vocabulary is just a little off enough – well, that’s unique, isn’t it? It’s a little bit beyond your comprehension. And when I was younger, everything was because I had no point of reference – just throwing things on the wall and seeing what sticks.

What is your most memorable outfit?
My most memorable outfit? I had this – oh God, it was horrible. It was sleeveless and super tight. I was 21 or 22 – probably too old to be even wearing it. It was super tight, grey, and it had a bit of ruching going on. It was quite feminine. The pants – they could have been seersucker or some kind of poplin – were just way too tight. Horrible, horrible.

So by “horrible,” you really mean “tight”?
Tight. Yeah. Improper textures for a man. The colors were off. Hopefully there are no photos out there.

Which collection are you showing now? I see that you’re setting up for a sample sale.
Silent Damir Doma is the sample sale we’re doing right now. We only do one sale via MEXICO once a year.

How did you decide to work with Silent Damir Doma?
We began conversations with them after launching the Surface to Air shop. We went over to Paris, gave them a fleecing of the collection, and said: “This is what we think we can do; this is what we think needs to change for this area – North America.” We are now a year in. The reason why I chose to work with them, regardless of whether or not it’s a product for me, or you, is that they have integrity. They definitely have a concept, they are confident in it and yet, flexible - they are able to mold it to what is happening globally. I think that from the Silent Damir Doma standpoint, this has been a bit of an adjustment. How do you convey your message or how do you create a channel by which you can communicate your vocabulary, your narrative and maintain some sort of adherence to your principles? And now we come back to what a showroom does, what we can suggest in terms of brand managing and creating brands. What Damir Doma do have, which is kind of rare, is a solid foundation. And they have a lot of skill sets. They have a long vision, and I appreciate that.

What’s your vision for MEXICO?
We’ve been really “bad” at talking about what MEXICO is, what it has been, or what it can be. In the long term, I think we would like to diversify. We want to attach MEXICO to things that are more “end-user” – whether that means more retail operations, more creative direction type of projects, or more collaborations. I think the objective for MEXICO is to maintain our integrity and give that a public life – rather than being stuck behind the scenes. When I was much younger, I worked in art galleries as a little assistant – filing things, painting walls, watching people get into these massive debates with artists. The most valuable lesson I learned doing that was how to use your eye and how to be critical, or at least how to have an opinion. So, any kind of project that allows MEXICO to project an opinion is – conceptually, anyway – what I would like to do.

Finally, who is your cool guy?
You know who really is a cool guy is my uncle Howie.

Your uncle Howie?
He is a cool guy. He’s just a happy person. He is in his seventies now, but he has always gotten it. Never pushed things too far, but still informed enough to be valid. 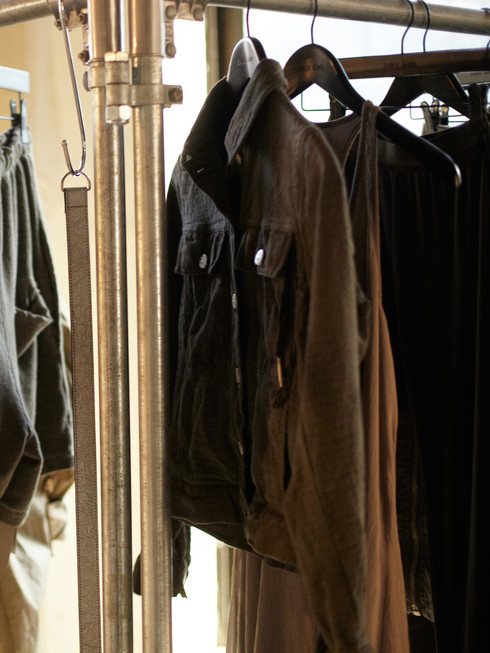 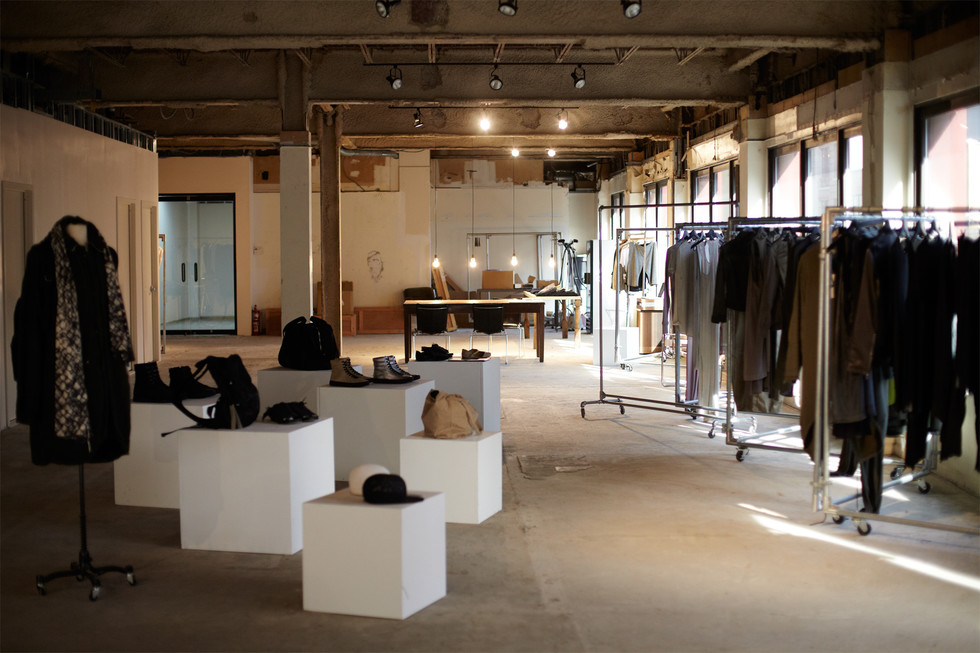 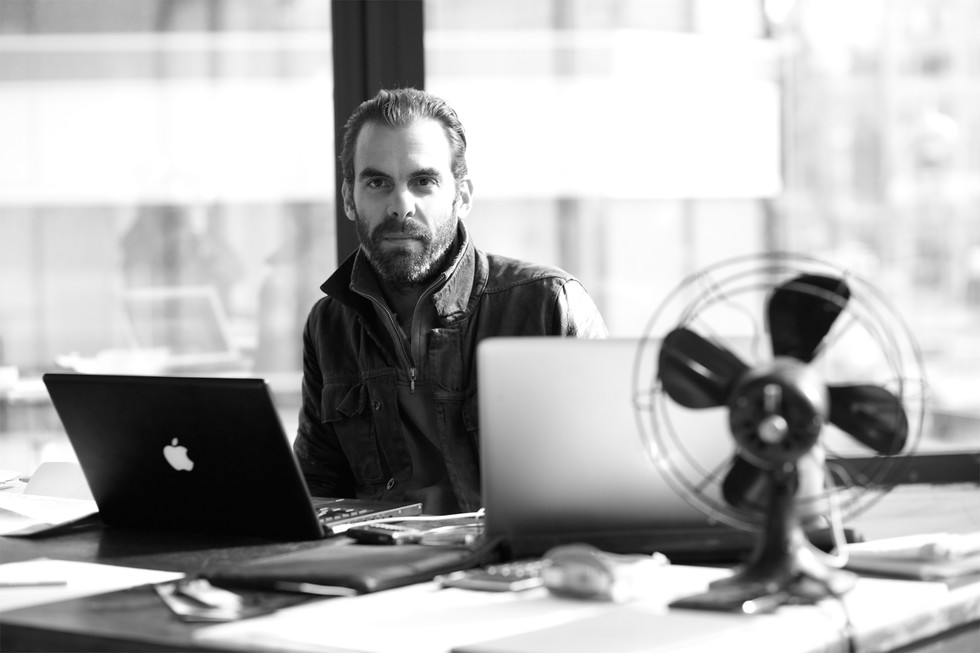 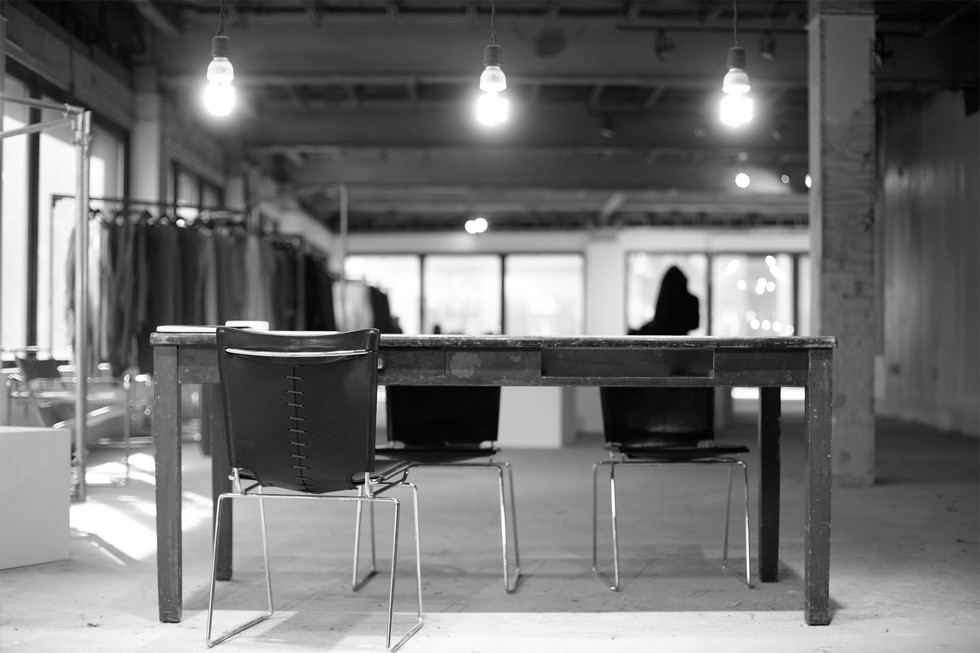