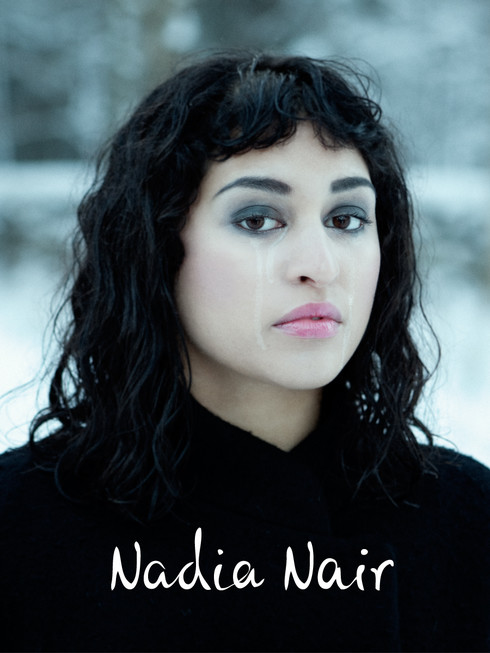 “My interest in music started about the same time I learned to talk” she says jokingly.

As a teenager, Nadia’s voice became deeper and darker. The director of her choir insisted that she tone down her special sound and sing more like the other choristers. A bit humiliated and bored of singing alto, she developed dreams of a career of her own. She learned music production and went the opposite way – intensifying the dark and heavy characteristics of her voice into a genuine powerful beauty.

I am in dark, cold and snowy Stockholm – on my way to meet with singer Nadia Nair. Her new single Bon Voyage is playing in my headphones and it strikes me that she has a really uniquely new sound. There is a good chance her upcoming EP is going to be spectacular.

A few minutes late I enter the store where she is employed. A shoulder-length dark-haired women is chatting with her co-workers. It must be Nadia. Nadia Nair? I ask. “Oh. Hi. I wasn’t sure if you were coming”, she says.

Her voice is soft and light, completely different from her singing voice. While I’m waiting for her to change clothes I hear her speak to one of the girls. “I’m a singer”, she says.

We are going to Bredäng, in the south-east of Stockholm, where she shares a flat with three friends. On the subway we find two seats next to each other. “It’s nice sitting down. I have been standing up for nine hours selling organic soaps”, she says. She is tired and yawns repeatedly. But she likes talking. She tells me that she is studying to become a songwriter and that this work brings her an extra income. “It’s expensive to buy instruments and stuff”.

A man next to us picks up a guitar and starts to play “La Bamba” really fast. I start laughing and look at Nadia to see how she reacts. She smiles and drops a coin in the man’s white plastic cup.

When did music become important to you?
Music has always been important to me, she says. When I was four years old I was sitting with my headphones listening to music from the ´80s. She is singing “Never gonna give you up. Never gonna let you down…

I can’t hate it. There are too many memories. I often listen to my parents tapes with radio recordings. Another of my favorite songs was (she sings again) “And I will always love you”, sung by Whitney Houston. When I was a kid, visiting my relatives in Malaysia, I always performed that song in front of the whole family.

How did you develop as a singer?
Mom realized that I had talent quite early. She used to be a dancer and took me to a dancing school where I tried classic ballet. One day I saw someone with a violin. I told my mom that I would rather play violin than dance. Soon I was a member of an orchestra. I also sang in a choir for ten years. In high school I sang in various bands and tried different styles like soul, funk and rock. The need to develop my personal style grew stronger so I took some courses in music production.

You really can do it all by yourself. Write, sing, and produce?
Yes. But I prefer to work with a producer actually.

How did you find the producer Victor Rådström?
Through my manager. I had no expectations because I had been disappointed too many times before when I tried to collaborate with other producers.

We met in his studio. I showed my material and shared my thoughts about it. I was really nervous. I was singing ‘Bon Voyage’ and he liked it.

How do you work?
Usually, I write some text lines or a melody with text and give it to Victor. He will of course give me a lot of input. He helps me to view the song in a different perspective. He gathers my ideas and adds something to make it take off.

When do the songs come to you?
Usually it happens when I’m lying in bed just before sleep - or when I´m in the shower. It starts with some kind of rhythm. Then the melody and the words - almost at the same time.

You sing with real power. How do you get that voice?
The root is in the feeling. When you are in a certain mood, it affects the voice.

Do you like being on stage?
Oh, every time I go out on stage I think: Why expose myself to this? I’m afraid of what people will think. Afterwards I’m thinking; what happened? Was it okay? It’s a bit like being in a dream and suddenly waking up.

You released your single Bon Voyage in November 2012. When do we get to hear some new songs?
We are currently recording an EP right now. It’s very intense. It will be released during the spring. Susanna, my guitar player was in Stockholm recently and recorded the guitar sound accompaniment. She is great. I love when musicians do their thing. She really does.

What inspires you?
I am inspired by everyday life. The visual is important. Nature.

What kind of music are you listening to?
Everything and nothing. When I write, I don’t listen to music - I get too influenced. Otherwise, I like artists with self-esteem like Björk. Her music is very dependent on the mood she is in at the moment of recording. I find that interesting. I also like First Aid Kit because they are so nostalgic. I like being inspired by nostalgia trips. I like to go back in time - to my childhood. Kate Bush is another one, and Rihanna. I like Strong women who do their thing.

What are your dreams for the future?
It sounds like cliché but I want to touch peoples’ souls with my voice. I want everyone to feel something when I sing.

You need confirmation?
Yes. Singing is the only thing I want to do. Though I’m aware of that; it could end tomorrow. But I wouldn’t have done this interview if I didn’t believe in fate, my driving forces - and the artist in me. 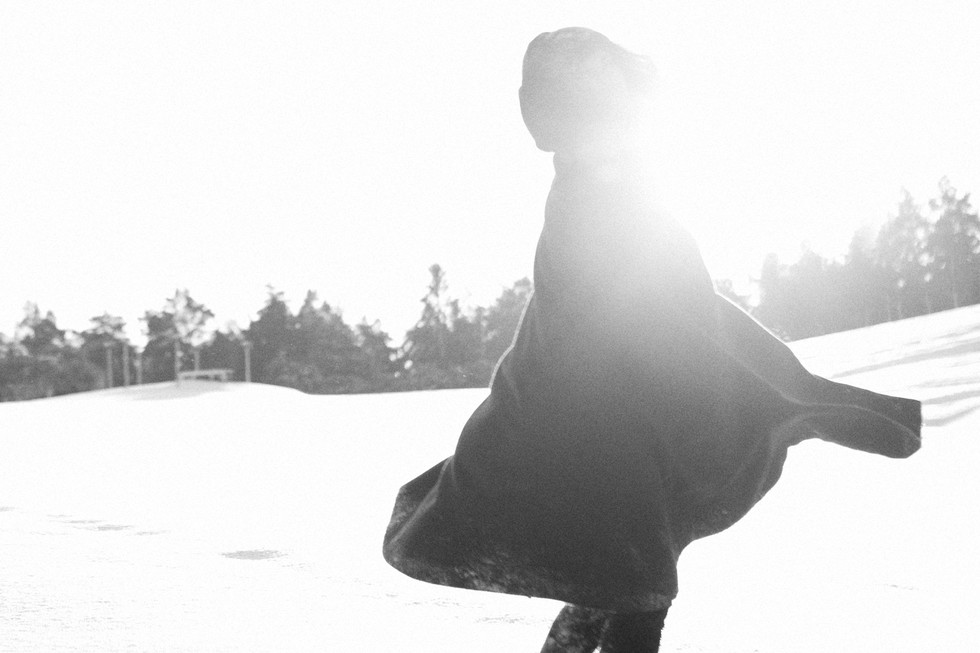 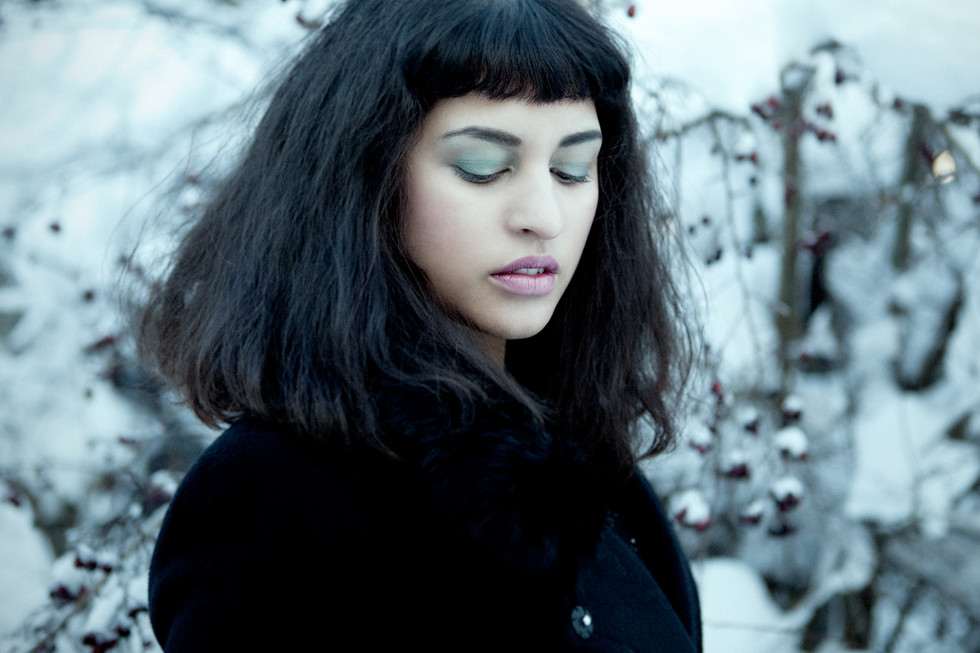 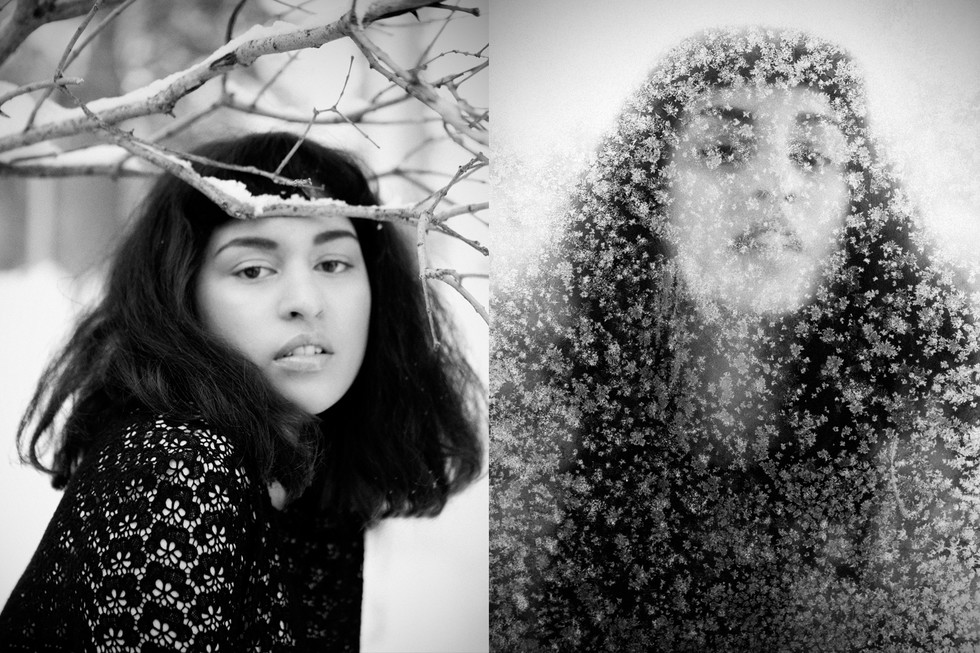