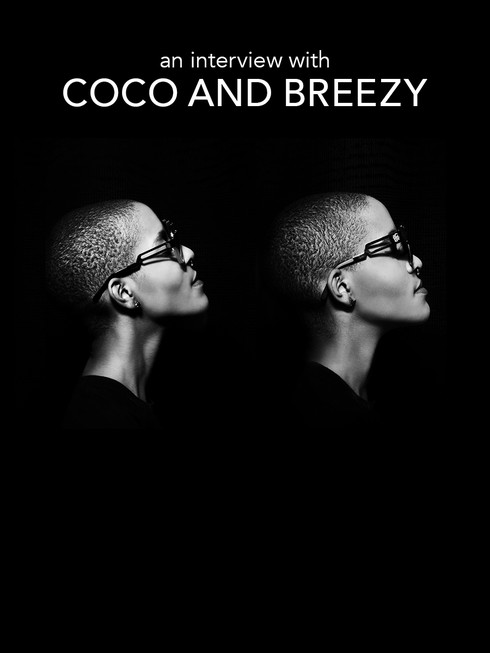 Coco and Breezy are fabulous, futuristic, identical twin sisters from Minnesota who now call Brooklyn, New York home. Aged just 19 years old, Corianna (“Coco”) and Brianna (“Breezy”) Dotson left the security blanket of life in Minneapolis and headed for the Big Apple in 2009. They quit their jobs, sold their car, and packed their bags with their talent, a design concept, and the dream of making it big.

Fast forward to 2013, and the twins have already hit the ball out of the park.
Their high glam style has brought them recognition on the street, and their individual approach to eyewear design has seen the company they founded, aptly named Coco and Breezy Eyewear, become a brand to reckon with. Beyoncé, Lady Gaga and
Nicky Minaj are just a few of their high profile clients. Collaborations with global brands such as Adidas and Reebok have increased their reach, and Coco && Breezy Eyewear, as well as accessories designed by the pair have been seen in major fashion magazines around the globe.

Odalisque caught up with the power twins at home in Brooklyn, early on a Friday morning, thanks to that modern technology miracle known as Skype. Although both sisters were in the room during the interview, Breezy was the talkative one.
Coco listened in the background, sporadically agreeing, clapping, and laughing and once or twice yelling out in pain, when their new little white kitten with a blue tail tried out his sharp teeth on her.

The decision to move to New York slowly started to take form when Coco and Breezy visited New York around the age of 17.

“Honestly, being from the Midwest, it was a huge change just to visit New York. The size, the people, the fashion, everything about it felt right. We realized that it was the only place we were truly at home,” said Breezy.

The twins credit their parents for pushing them to follow their dreams.

“Our parents are the shit. They encouraged us to be artists, and there aren’t many parents that actively encourage that choice, they gave us moral support and always told us that they believed in us,” said Breezy.

“Oh yes, absolutely. They are amazing,” said Coco in the background, humming ”uh huh” in agreement with her sister.

Although the family was close knit, Coco and Breezy had a difficult time growing up.
The twins didn’t fit the mold in their suburban school, with pink and purple hair, and their numerous piercings at 13 years old.

“We were seen as the weird, ugly twins when we were growing up, we didn’t have many friends,” said Breezy.

In the ultimate example of making lemonade from lemons, Coco and Breezy initially made eyewear to shield themselves from the scrutiny of the haters in their hometown.

“We started out with eyewear because we were so self conscious, people made fun of us and misunderstood us. So we wore sunglasses all the time, because sunglasses make you confident,” Breezy explained.

“We never in our wildest dreams could have imagined that we could make it in
New York with our own eyewear company,” she said.

“We spent our whole lives hiding behind our sunglasses, and behind our hair. Six months ago we shaved our heads, and we have decided that we aren’t going to do hair anymore. We believe that in order to grow you have to take things away that you love and for us, we had to get rid of our hair.”

Coco and Breezy say that shaving their heads has empowered them and given them more confidence than ever before.

“We could never go up to a person and look them in the eye. Now, we feel so strong. We decided that this year was the year to show our true beauty and conquer the world, and we will probably keep the hair off for the rest of our lives”, Breezy explained.

Many things have changed with the success and recognition for the brand.

“Just knowing how awesome things are can get me emotional,” said Breezy.
“I was on the train coming home yesterday and a guy asked me for my autograph. I couldn’t believe it. He said he knew who I was and he loved our work. I was so embarrassed because oh my God I’m not used to that! I kind of giggled”.

The passion to achieve more means that Coco and Breezy work 20-hour days, and rarely go out.

“Its great to get all the recognition, but we continue to stay humble, hungry passionate. We keep thinking about the next step, and how can we grow our business,” Breezy said.

The twins believe that their success is firmly anchored in their strong design sense.

“Coco and I are artists, we like to paint and to sketch, and that definitely comes across in the work we do when we create each collection,” Breezy explained.
In the early stages of the design process, Coco and Breezy each create separate moodboard concepts. Breezy starts pencil sketches of the eyewear based on the ideas developed in the moodboards. Coco decides the colorways and also has the final say on which sketches will go into production.

“We create tons of moodboards, since we have so many ideas. We believe in designing fashionable pieces that are very functional. We are artists, so we believe our products have to look good, but we are from the Midwest, so our glasses need to be functional and sit on the face comfortably as well,” Breezy explained.

Our Skype time was coming to a close, but clearly there was one last question that this inquiring mind had to ask the experts:
-So can sunglasses be worn at night?
“Absolutely!, says Breezy. “Sunglasses are a security blanket for a lot of people.”

“Of course,” says Coco. “People wear clothes at night, right?! So why can’t you wear sunglasses? 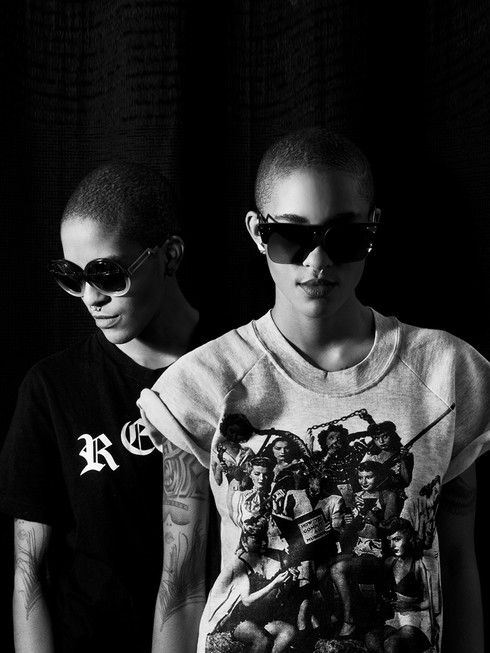 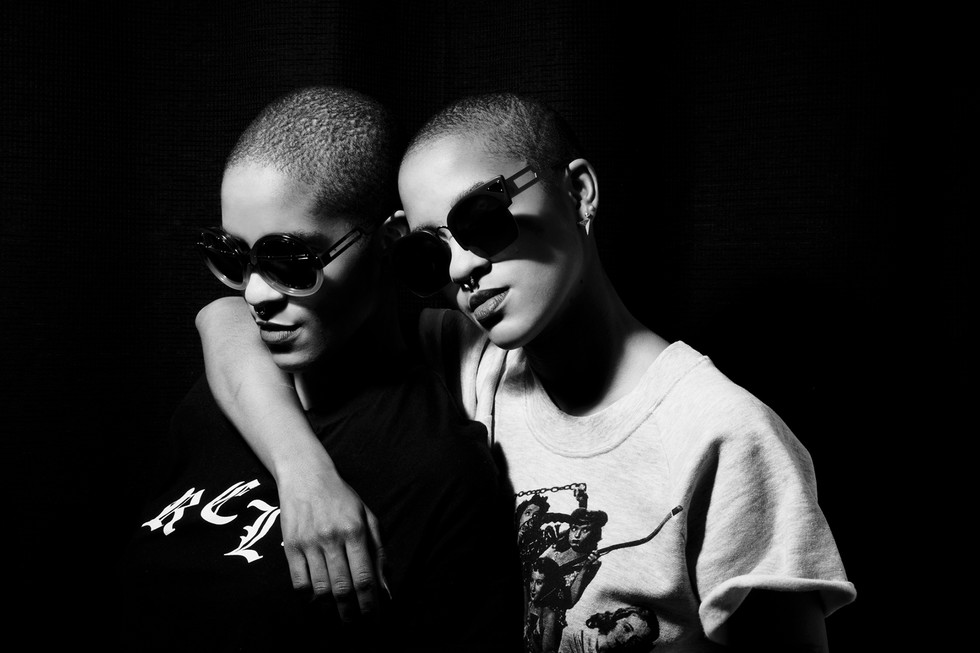