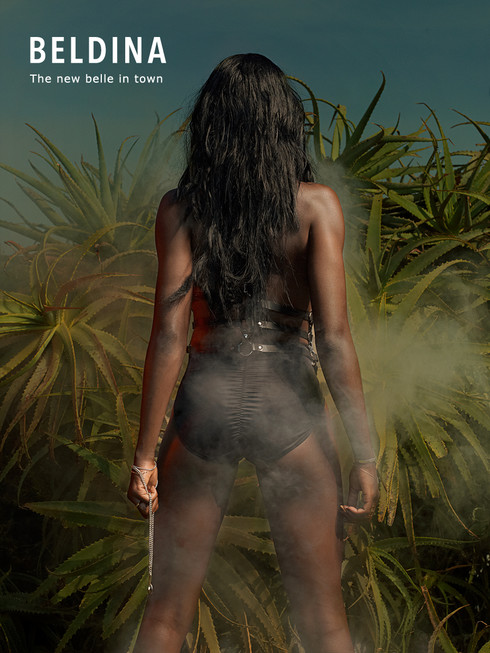 “If I were a bell I would be ringing” is a quote from one of young beautiful Kenyan/Swedish soul singer Beldina’s favorite jazz standards, performed by Miles Davis. And she is most certainly ringing these days. Odalisque’s Tonje Kristansen met Beldina at Soho House in West Hollywood. Here is Beldina’s story in her own words.

I don’t look particularly Swedish! They get a bit confused here in LA when they realize that I am actually from Sweden. Then I tell them about my Kenyan background and the confusion is even bigger.

I guess my mindset is pretty Swedish, but obviously my appearance is as far from it as you can see. I look at myself as Swedish. But I still don’t feel that’s where I’m from, but then again I don’t feel at home in Kenya either. I do understand Swahili but I can’t speak it.

Except for my grandmother and my mother, everyone in my family is still in Kenya. My grandmother came to Sweden in the 60s to work in health care. She was a very skilled midwife. Pretty extraordinary at that time for a black woman! She was probably one of the first in Sweden as well.

Then my mother came over from Kenya at 16. She had me when she was very young. My dad is also Kenyan, but I’ve never met him. These two women have done everything for me and proved to me the strength that is a part of every woman.

Maybe this is why I love being a girl. I really enjoy women and becoming one myself. They are the most fascinating creatures in every sense. The power we have, the ability to show our vulnerability and to express it. It’s such an inspiration and the drive behind everything I do artistically.

By studying my grandmother and my mother while growing up, even though they never did anything artistic or creative, I felt that if I wanted to, as a woman, I could do anything. Not that I didn’t have my doubts, insecurities or battles. I had a lot of them being very different from everyone else while growing up. But I never ever wanted to be anything else than a girl, being part of my family of women and to use whatever I had inside of me that came from that.

I believe in the importance of details - which is a big part of being a girl I think. I am very emotionally aware, which is manifested in my song lyrics. Everything is a bit *all or nothing *with me. I am very immediate and personal when I sing. But I hold back a lot on a private level.

From background singer to “the new Swedish soul hope”
I always wanted to be part of a group and not be different from anybody when I was younger. I was very quiet and timid, but being a tall, skinny, black teenager in Sweden - that was fairly impossible. I got misinterpreted as someone who wanted attention.

Since I didn’t have anyone with any sort of an artistic career in my family, it took me by surprise when someone wanted me to sing for them. Or not exactly sing for them, but help them out as a background singer. Mostly throughout high school I worked as a background singer and became a support to other artists. I didn’t really think I had any particular talent myself.

I was more familiar with doing stuff for other people’s projects. I always happened to be someone that was around and helped people out. It taught me a lot. But I didn’t really know how to find my own mission as a singer and whether I had what it would take within me. How was I supposed to make a living and figure out the music world on my own?

Also I had mostly worked with men and that was my experience. Men have this companionship and they help each other out a lot. That’s why I was surprised to experience that when I met my two favorite female artists they didn’t really have any guidelines to teach me.

Surprisingly the fellowship I wanted to create with other women in the industry didn’t seem to exist. I desperately wanted some advice to see if I could pull things off on my own. I really wanted and still would love to collaborate and bond with other female music artists. I’ve worked with most male musicians in Sweden, like Timbuktu, Lazee, and Mando Diao. Internationally I have worked with people like Billy Paul and Childish Gambino.

After a while though, I stopped expecting other people to help me on my way - or that I would connect with some other singer and have some sort of epiphany. Also having been rejected by all the big record labels in Sweden I decided to do things my way and just put my music online.

I started to put music out and played gigs here and there. Luckily people seemed to like my voice and my music. It kind of spoke for itself the way I had hoped for. Apparently I didn’t need the big machinery around me to get started. I made a video which ended up going viral and was liked and blogged about by Perez Hilton and a lot of unexpected people internationally.

Then Sweden started showing interest as well. All of a sudden I was “The new soul hope” in Sweden. It was a really nice feeling, doing everything myself and then getting recognition for it - very liberating. Then Universal in LA contacted me and I had a showcase with them.

I love the level of creativity here in Los Angeles. And half the battle is just being here. Hopefully I will be lucky enough to meet some great musicians while working in the studios here. The chance of that is at least bigger when living here than sitting somewhere remote in Sweden.

It actually helps having a Swedish background mixed with a Kenyan one. I have different references of course that can sometimes lead to confusion with the Americans. But overall they find it exotic that I have this mixed up different background and that I can use my references in a creative way that is new to them.

“What can I say?” I am trying to create something personal
I write my own music with producers of my choice. I obviously write about emotions and themes that preoccupy us all. But I’ve had a tendency to always write about other people’s emotions and not my own. I’m entering a new territory now, trying to use my own experiences, being much more personal, honest and open than I’ve ever been.

My recent release “What can I say?” is really about how I have been very closed off without knowing it. How I’ve hurt people with no intention of doing it, and how difficult it can be to get close to me. I’m an “All or nothing” kind of person, but sometimes that comes across completely wrong. People that I want close to me feel rejected instead. I would like to change that about myself.

I can see the changes in myself when I look at both my writing and my style from “Would you” up until now with “What can I say”. I some ways can’t even remember who I was back then when I made “Would you?” and filmed the video, or what I was thinking. I mean you go into phases. Maybe I will look back on “What can I say?” in five years and think: “what the hell was I thinking!?”

Every change I go through on a personal level reveals itself somehow in my work. I think that is pretty normal. So naturally I get different ideas for my videos, my image, style, songs, themes whatever it is, creatively. Four years ago I was very happy with the “Would you?” video and now I am very happy with the “What can I say?” video. I feel it’s an achievement for me to be able to say that.

I can still stand behind what I did three or four years ago even though I might be on a different path creatively nowadays. But then people always have an opinion. Before, they commented on me being too simple and not making anything out of myself, that my videos were without style or artistic punch. Now they say I am trying to be too sexy and take focus away from my music.

That simplicity was my trademark and I’m messing with it. I decided long time ago just to trust myself and do what I feel like. I can’t win everybody over anyway. They expect you to stay the same, be familiar. At the same time they want you to change and do something new, show a different side.

I’m just sticking to my guts, trying to create something personal. It’s a thin line between being private and personal. Private is not interesting, but personal is, otherwise you’ll just be the same as anyone else. I hope I can get respected for what I do, but I don’t expect everybody to like me or my personality.

LA - the right place for me to be right now
I want to be in a position where my music is fully MY body of work. If that means I have to struggle, that’s what I’ll do. It’s all about putting the music out there when it’s ready. I have enough material to release an album tomorrow if I wanted to, I’m just missing the icing on the cake.

I am writing and performing. I work on a lot of new things. This summer I will perform a little, work and stay in LA. I want to evolve as an artist and as a female singer in today’s music industry and I need to find my true identity as a performer. I love the relentless drive and ambition in this city. I think this is the right place for me to be right now. I feel very relaxed and motivated.

It’s all about music for me, and here nobody is questioning that. I can be who I am and I can be on the inside and on the outside at the same time. I can be seen but also be someone that can disappear when I feel like it. This is the way I wanted to feel while growing up in Sweden. I am feeling that now. 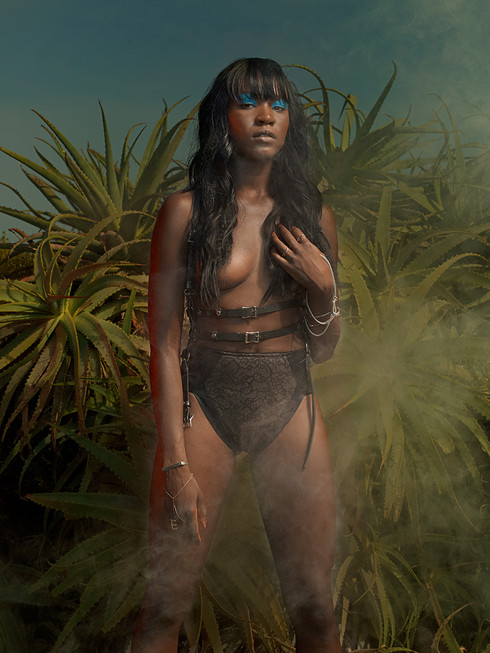 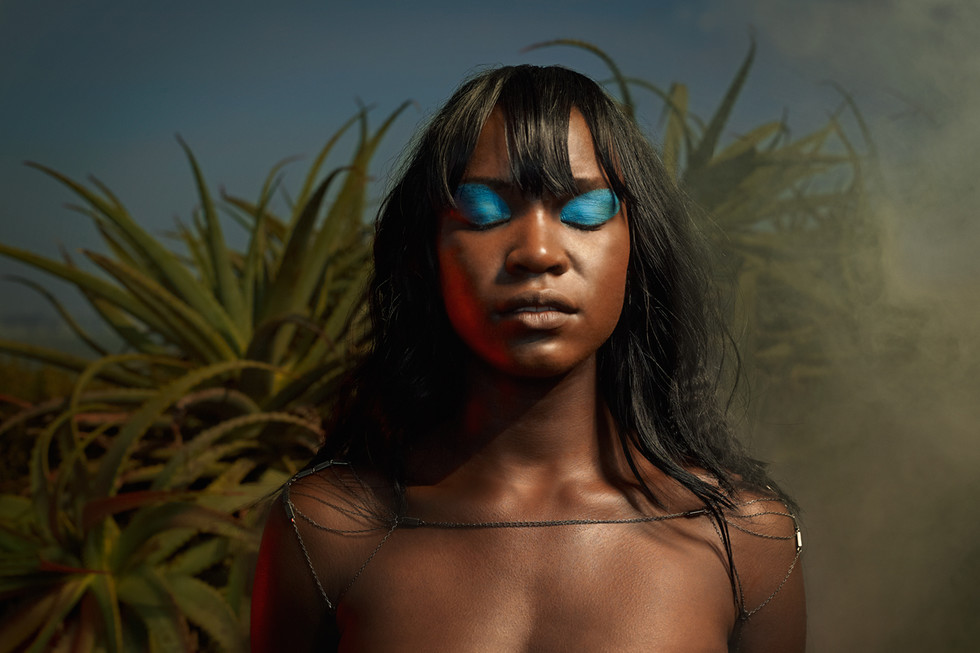 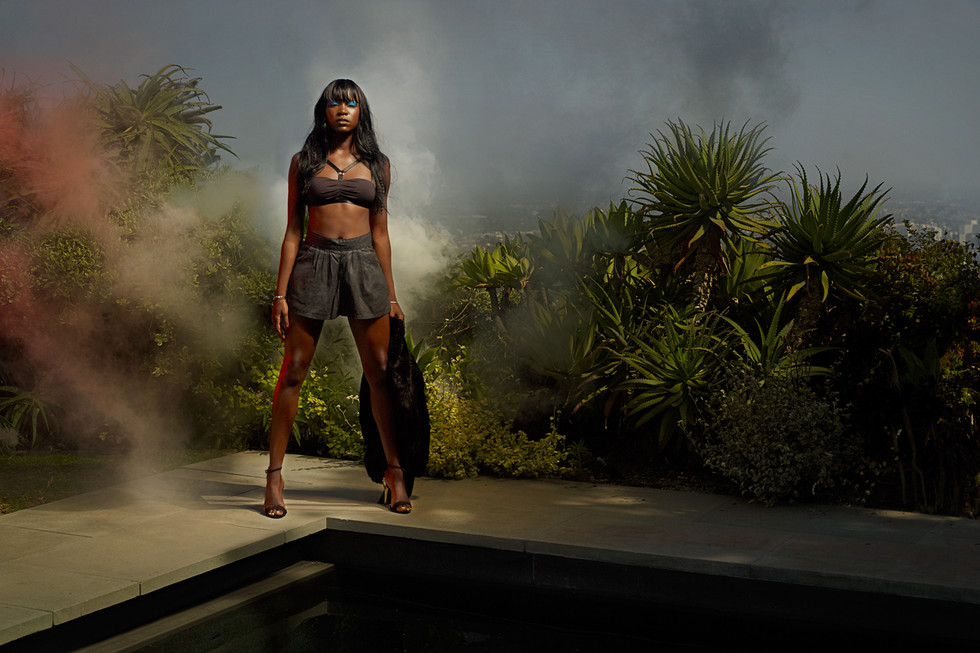 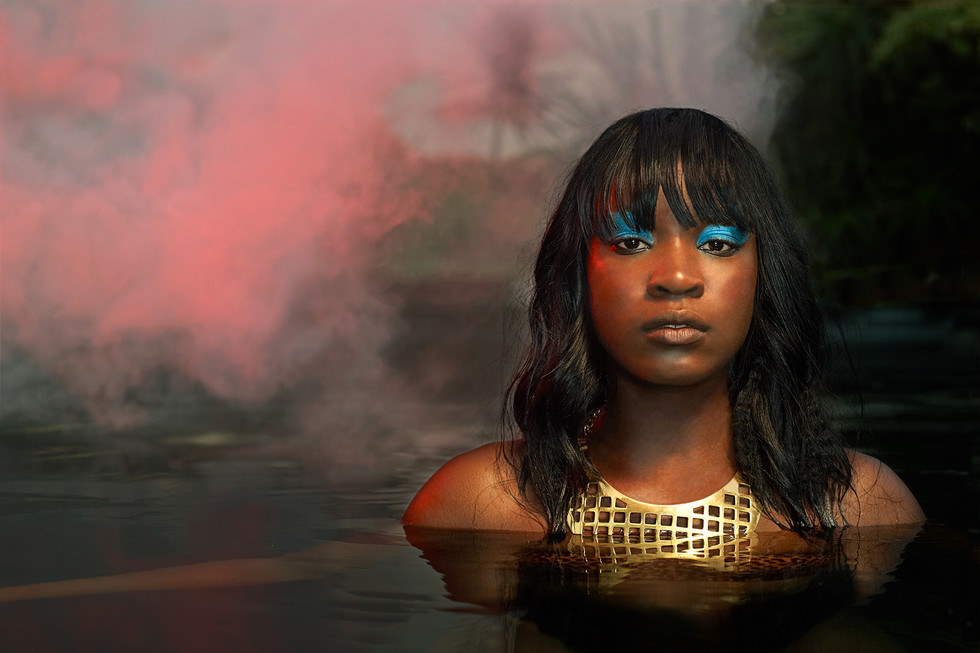