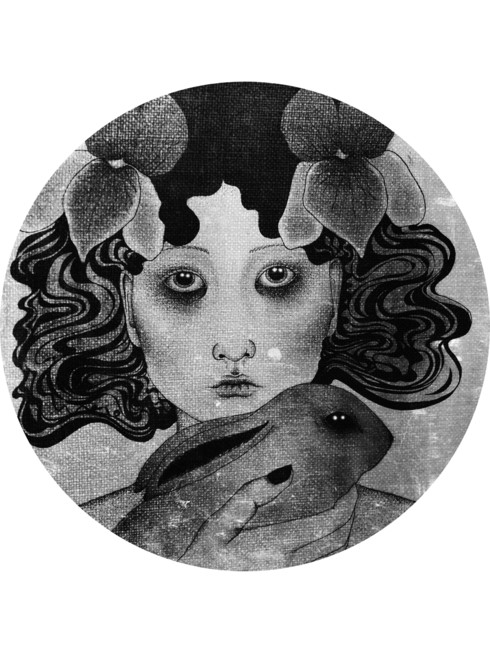 On the afternoon that Alice fell down the rabbit hole, she was restless and bored, longing for a distraction. The stressed White Rabbit running past her was just the sort of extraordinary escape she was looking for, a fantastic figure in stark contrast to the ordinariness of her usual life. In the underground Wonderland she enters, none of the regular laws she knows seem to apply, logic and reason appearing in warped and distorted versions, as if seen through a broken mirror.

There is a great distinction between the reality of Alice’s everyday life above ground and the magical adventures offered her in Wonderland. This separation of worlds is significant not only in the story’s narrative but functions also as a commentary on a greater cultural level. Modern Western society is marked by a strong and dichotomous distinction between fiction and fact, a constantly enforced separation of fantasy and reality. Even though fantasies are cherished, the “authentic” is often considered to be of higher value, even though they, in many ways, are inextricably interlinked.
Think for example of an actor’s performance, judged on how believable it is in the eyes of the audience. Or consider how an author’s craftsmanship is valued by the plausibility of his/her plots and ability to trick the reader into momentarily believing that the fiction is true.

There is however one expression which unites the two worlds; fashion. Within fashion there are people whose appearances have magical qualities, making them transcend the supposed divide between fantasy and reality. Since fashion is not only an abstract value but also an embodied experience, it also surpasses the division between abstract and concrete by being both, at the same time.
The title of Elizabeth Wilson’s classic book on fashion theory hints at this stance, suggesting that we are, when wearing fashion, adorned in dreams. Dreams are usually considered abstract and fragmentary, a product of our sleeping minds, while clothes on the other hand are defined as concrete parts of our exteriors. By claiming that we can be adorned in dreams, Wilson has proposed that the dichotomy between abstract and concrete is false, and that fashion can be a form of materialized fantasies, dreams and hopes. In one stroke, fashion dissolves the distinction between inside and outside, private and public, magical and reality.

One of the most striking examples of Wilson’s claim is Italy-born Anna Piaggi. For decades, she was not only one of the most influential people within the fashion industry, but also one of its most noticeable. Never appearing in the same outfit in public twice, she owned an abundance of shoes, dresses and hats, being the source of inspiration to several leading designers while regularly communicating her own personal vision through spreads in Vogue Italia. She was passionate about color and accessories, and would appear throughout her life in blue bangs, pink fur and large veiled hats. Her appearance was the result of a continuous flow of new ideas on ways to style herself, and in this way she was more concerned with matters of personal style than with simply being fashionable. Rather than follow the lead of others, Piaggi was the inventor of trends.

In this respect she resembled fashion editor Isabella Blow who also had a love of excessive hats. With her black bob and red lips, Blow made a more classical figure than Piaggi, even if she never feared going out in public with lobster-shaped necklaces or with hats covering her face, or spelling out B-L-O-W in white feathers placed on her head. She helped discoverer many of the biggest names of her time, including models Stella Tennant and Sophie Dahl, as well as designer Alexander McQueen.
However, there was an air of sadness around Blow, who suffered from depression and attempted suicide seven times until succeeding after her eighth. After her death, her magnificent wardrobe was purchased by heiress Daphne Guinness, herself one of the most sartorially interesting people of our time.
Guinness, slim and sensitive, often dresses in armor-inspired outfits, as if using clothes as a form of protection against the outside world. This way, her body is encapsulated in a harsh and metallic silhouette, while her hair, dyed black and white, is styled as a baroque ornament on top of her head. Combining her incredible wealth with a deep interest for aesthetics, fashion and art, Guinness has been able to create a magical world, a kind of Wonderland of her own design.

Piaggi, Blow and Guinness are examples of some of the most powerful, intriguing and eccentric people in fashion. Their appearances demonstrate that fashion can be magical, whimsical and personal, not merely a capitalist commodity but also an embodied form of dreaming. Wearing their extravagant outfits, they took charge of how they wanted their realities to look like, their life adventures in part defined by garments, jewelry, hats and makeup. Fashion, I would claim, is their version of Alice’s rabbit hole, their way of transforming reality into magic. This way, fantasy and fact are merged, demonstrating that through fashion, life can become more beautiful, and dreams take the shape of reality. 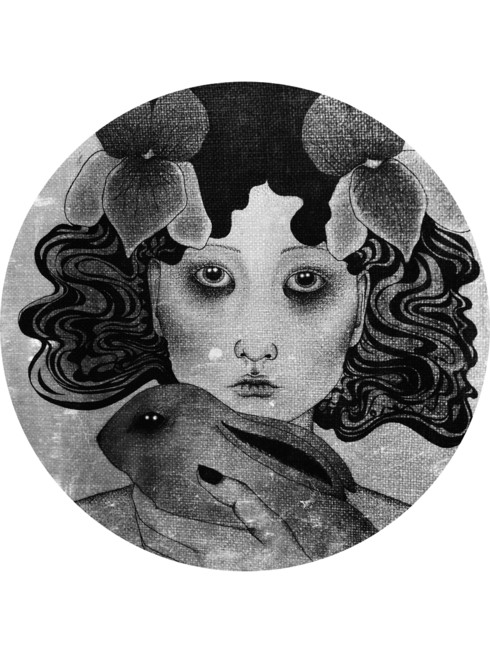