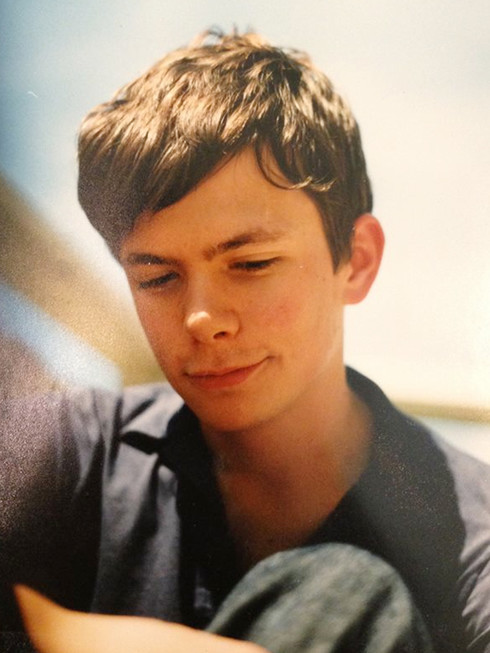 Growing up, I often had the feeling of not fitting in, of not being in the right place. I lived in a plain one-story house but fantasized about magical palaces with hidden doors and secret passages.
Instead of our small garden, I dreamed that I would one day own a private park, with fountains, peacocks and antique marble statues. Instead of a bicycle, I wished for a white horse, not to take me to school but simply away, somewhere else, anywhere but where I was. Life in my hometown was mundane, and the repetitive boredom of everyday life made me invent alternative realities to which I would escape as often as I could.
It didn’t take long for others around me to notice that I wasn’t like them, that we didn’t share the same interests or ways of thinking. This distinction was enhanced through differences in dress. At school, the unarticulated but strongly enforced clothing codes were unknown to me and even though I tried I could never fully master these unwritten rules, dictated by my peers. I would wear the wrong jeans or a T-shirt with what apparently was an unfashionable print, or come to school in a jacket of the wrong color, making me a constant target of ridicule.
Consequently, I began to escape into my fantasy realities more and more frequently. There, no one would question how I looked or talked, or what my interests were. As the years went by, I would start to explore alternative worlds and different ways of being not only through my personal imagination but also through literature, film and art, looking for a place where I would feel safe and at home. I became acquainted with the icons of past times, and one by one, I made them my personal heroes and points of reference. My perspective on the world was seen through a filter composed of people such as Jean Cocteau, Jean Genet, James Dean, Margeurite Duras, Arthur Rimbaud, Simone de Beauvoir and Montgomery Clift. I would read everything by and about them, memorize facts of their lives, cursing the fact that fate had placed me so far from them in space and time.
As I grew older, I began to mimic the appearances of my idols. I would style my hair like James Dean, hold my cigarette the way I had seen Jean Cocteau do, imitate the speech of Montgomery Clift. These practices made me feel less lonely, giving me a vague and undefined, yet seemingly intimate and personal, connection with my idols. To me, they were larger than life, flawless super-humans representing the possibilities of an adventurous life and glamorous existence, far from my own experiences as a young and bullied schoolboy.

Today, the memories of this time are distant, blurry images of a life that once was but not longer is. Much time has passed since I finished school and left home, for other cities in other countries. Philosopher Judith Butler once wrote that life is a series of performative acts, and with every new action that takes place we become slightly removed from what used to define our former selves. This is related to what Buddha said about life being a form of suffering; because life is about being in constant motion; we are constantly letting go of our past, pushing ourselves into an uncertain future. Being alive means leaving our old selves behind, turning away from former heroes and icons to create our own path in life. This is a painful process but the only way for us to live life to its fullest.
Today, I no longer style my hair, wear my clothes or pronounce words based on the practices of people I have never met. Instead, I have become influenced by people with whom I have shared a life, as well as experiences of my own. A former lover’s favorite sweater, left behind one morning, now belongs to me. I wear it often. A perfume a friend once recommended has become part of my daily routine. My neighbor, a hair stylist, cuts my hair. Small things that connect us, and point to how our lives successively, have become intertwined.
Similar to life in general, also fashion can be defined as a series of performative actions, articulated through its need for continuous change, forcing us to question how we look, act and think. For me, fashion was once a tool; I could use to escape from a place where I didn’t feel I belonged, to experiment with a new way of being by imitating the styles of my idols. However, what was at first a liberating experience soon became confining, as I realized that to rely on icons for inspiration and support is to live life vicariously. I knew I had to decide for myself who I wanted to be, not based on what others thought of me or on what had been done in the past by people I looked up to. I needed to learn to focus on the present moment, and not fantasize about past eras I had never been part of. This way, I could begin to see the magic of my own life, instead of dream of what could have been.
The process of letting go is not easy but necessary. In order to live in the now we need to be free of past experiences, to create a space for ourselves where we aren’t defined by who we once were. In my life, I have used fashion and clothes as tools to construct that kind of space, and to help me move forward through time. This is not done by citing the icons of my youth, or by trying to fit with someone else’s expectations, but in the style that I have made my own. Its expressions are not constant but forever shifting, as I continually develop as a person. These changes become materialized through the garments I wear, influenced by the people that I meet and who are part of my life.