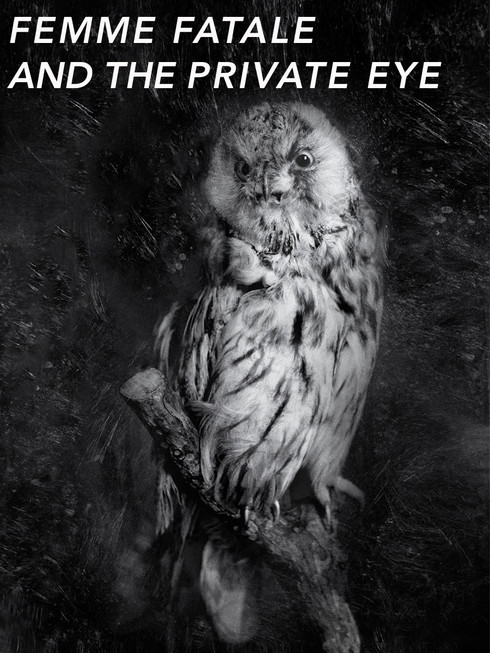 We love the game, for it is, to paraphrase Oscar Wilde, more real than life.¹

The label “Film Noir” often evokes glossy images and lustful sighs from cineastes as well as generally style-minded people. The Dream Factory produced many films associated with those beloved noir elements, particularly black and white crime dramas with roots in German expressionism², American detective and crime novels³, and the Great Depression, starring many actors we now associate with Hollywood's heyday from the early 1940s to the late 50s⁴.

What made the films so visually special? The settings, characters, and plots firmly established the genre, as did the style and presentation of the film medium itself: lights dimmed, smoke, fog and the darkness of night underscoring the mystery. Largely depending on budgets that did not allow for lavish set design, in most cases Noir films were relatively small productions. This limitation ironically allowed writers, directors and filmmakers to be more free in their expression. Famous actors' egos and agents were not as meddlesome when it came to molding the films' content.

A connection can be made between the major studios and contemporary fashion houses that in many ways are limited when it comes to visual expression – restricted by traditions and not least of all by economic considerations. Noir films are characterized by a greater range of experimentation than contemporary major Hollywood productions. Expressionism helped to produce a semi-documentary style of filmmaking. Though unspoken production codes prevented the films' characters from getting away with murder or committing adultery, dialogue and on-screen events tended to challenge the limits of what was considered permissible for the time.

Plots varied, with a selection of key figures that says a lot about the zeitgeist: private detectives, civilian scouts, aging boxers. The perpetrator of a confidence trick (or “con-trick”), the honest citizen lured into the criminal world, or the innocent who just gets in the way. All the characters shared a distinctive style and created an ideal type that has become a trend-setter for future film productions. Filmmakers like Quentin Tarantino, David Lynch, and the Coen brothers make clear reference to noir tradition in their work.

Typical characters reveal the era in which Noir films were made. They represent the types as ”the other” (or ”normal” to make use of one of psychology's most used but least problematized concept) to which all others can mirror themselves. The boxer and the private detective are part of the American dream: the freedom hero, the loner. He lived dangerously, with uncompromisable style. There was a man who many wanted to identify with, while the con is always present among us, in the form of car salesman or contemporary telemarketers. The man that just gets in the way of a crime is someone that all of us can sympathize with.

The films are often crime dramas set in suburban landscapes. Suburbia might play a larger role in the films' successes than one first imagines. One of the fundamental elements of the American dream is about a house outside the filthy and dangerous inner city. In the beginning of the last century, that dream became within reach for a larger group of society's members. They moved up the ladder of society from Ellis Island, through lower Manhattan's dirt and crime toward the safety and clean air of suburbia. But as much as the suburb created a sense of security, the new lifestyle also brought with it loneliness and ennui, especially for the women who were expected to work full time to maintain a façade.⁵

Security created a form of suburban angst, and one way to ease the pressure was a moment in front of the big screen while the ideal-typical character got to be the average American's alter ego and live the alternative dream: a life in which it was possible to live out their fantasies without fear of the neighbors watching. Suburban anxiety can be summarized in two ideal-typical characters: the “Private Eye”, and the “Femme Fatale” (even if the roles are not represented in all Noir films).

A Femme Fatale was common during the 1940s and 1950s. Some of the most famous operators within the Femme Fatale role are Barbara Stanwyck, Phyllis Dietrichson, and Marlene Dietrich, as well as Rita Hayworth, Lana Turner, Ava Gardner and Jane Greer. Eary on, Brigid O'Shaughnessy (played by Mary Astor) murdered Sam Spade's partner in The Maltese Falcon, Gene Tierney played Brent Harland in Leave Her to Heaven, and Rita Hayworth played perhaps the most famous Femme Fatale in Gilda.

Narcissistic wives manipulated their men. The women were strong and independent, but always worked within the context of what was permissible for a woman to do at the time. Style and clothing were central to showcase lives that were almost perfect on the surface. The characters played the role of the perfect hostess, and the clothes illustrated that perfection and mental instability are intimately linked. A common approach in the films where mental illness and perfect exteriors often interrelated as portrayed famously by Sharon Stone in Basic Instinct.

The actresses played the role of the Femme Fatale so perfectly that the makeup department was superfluous. Hollywood's most prominent fashion designers - and especially Edith Head, who won no less than eight Oscars for her work - helped to create the elegant style that signalled a perfect surface, but also a challenging sexuality in combination with the underlying desire for something else. They coupled the Femme Fatale with the ancient notion of woman as the uncontrollable and sexual body, feeling as opposed to reasoning, and manifested by sexuality and madness.

Femma Fatale's opposite, a private detective appeared in such iconic Noir films as The Maltese Falcon, where Humphrey Bogart plays Sam Spade, and Murder, My Sweet with Dick Powell as Philip Marlowe. Peter Lorre, William Holden, Erich von Stroheim and James Cagney all played the memorable detective with the classic trench coat, a slouch hat, three-piece suit and the obligatory cigarette.⁶

The quiet, thoughtful, smoking man who lives at night: he is alone and is one of the few who, by his lifestyle, challenges the suburban dream and the American myth of freedom, that are held mercilessly captive by the social norms and rules for how to live.⁷ Through his connection to the city, to alcohol-free conditions and violence, he is representative of all that trapped men crave. While representing reason, the equally ancient notion of the mind, the thinking man who is not fooled, not even by the Femme Fatale that confuses all the other men with their style and sensuality.

² The German expressionists focused on the morbid and gloomy emotions and spared no effects. They had a strong impact on both literature and film. The Testament of Dr. Mabuse is a typical example of 30s-expressionism. Emile Nolde, Luwig Kirshner, Oscar Kokoscha and Max Beckman.

³ It was the style that today we usually designate as hard-boiled where writers like Dashiell Hammett (Red Harvest), James M. Cain (The Postman Always Rings Twice), Raymond Chandler (The Big Sleep), and the most prolific of them all Cornell Woolrich, who wrote books that formed the basis of not less than thirteen films.

⁴ Styles connected with Film Noir are normally linked to Hollywood, even though it was recorded films in both France and the French productions Pépé le Moko (1937), directed by Julien Duvivier, and Le Jour see lève (1939), directed by Marcel Carné and especially Jules Dassin moved to France in the early 1950s as a result of the Hollywood blacklist, and made ​one of the most famous French film noirs, Rififi (1955). England Examples of British noir from the classic period include Brighton Rock (1947), directed by John Boulting; They Made Me a Fugitive (1947), directed by Alberto Cavalcanti: The Small Back Room (1948), directed by Michael Powell and Emeric press burger; The October Man (1950), directed by Roy Ward Baker, and Cast a Dark Shadow (1955), directed by Lewis Gilbert. Terence Fisher directed Several low-budget thrillers in a noir mode for Hammer Film Productions, including The Last Page (aka Man​ Bait; 1952), Stolen Face (1952), and Murder by Proxy (aka Blackout; 1954) and Japan Stray Dog (1949), directed and co-written by Akira Kurosawa, contains many cinematographic and narrative elements Associated with classic American film noir.

⁵ Suburban anxiety is the main theme of American film. American Beauty in 1999 with Kevin Spacey and Anette Benning in the lead roles is perhaps the film that most clearly illustrates the sense in which millions of Americans recognize themselves.

⁷ “Jackets were cut wide to take handguns, casual trousers where held up by broad suspenders. The shirt was in a contrast color, tie and pocket handkerchief care fully chosen and striking. Rings of gold chains signalled the wages of fear ” Engelmeier Peter W. Fashion in Film, 14. 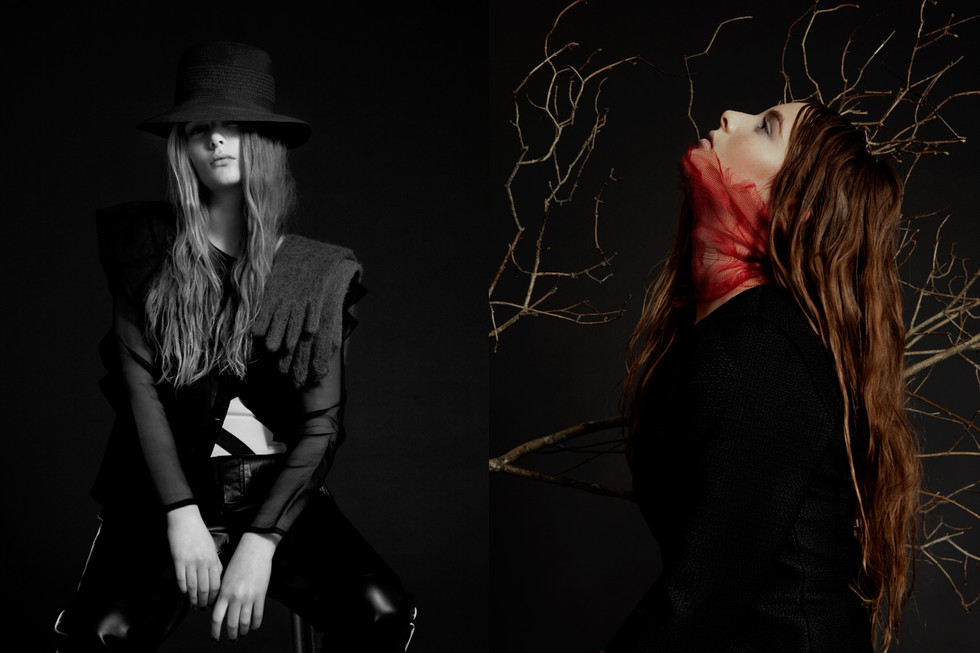 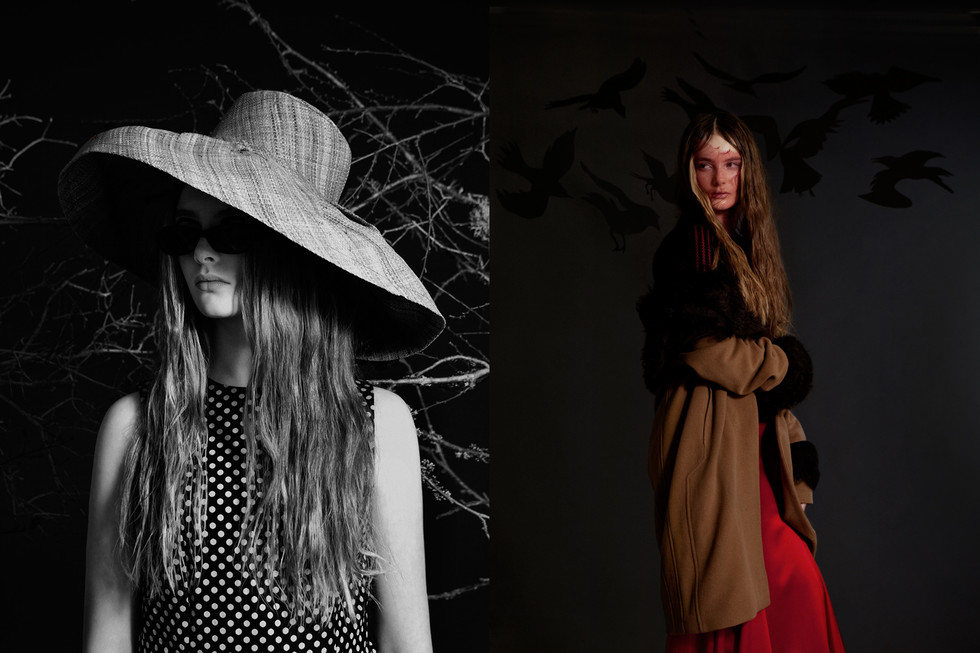 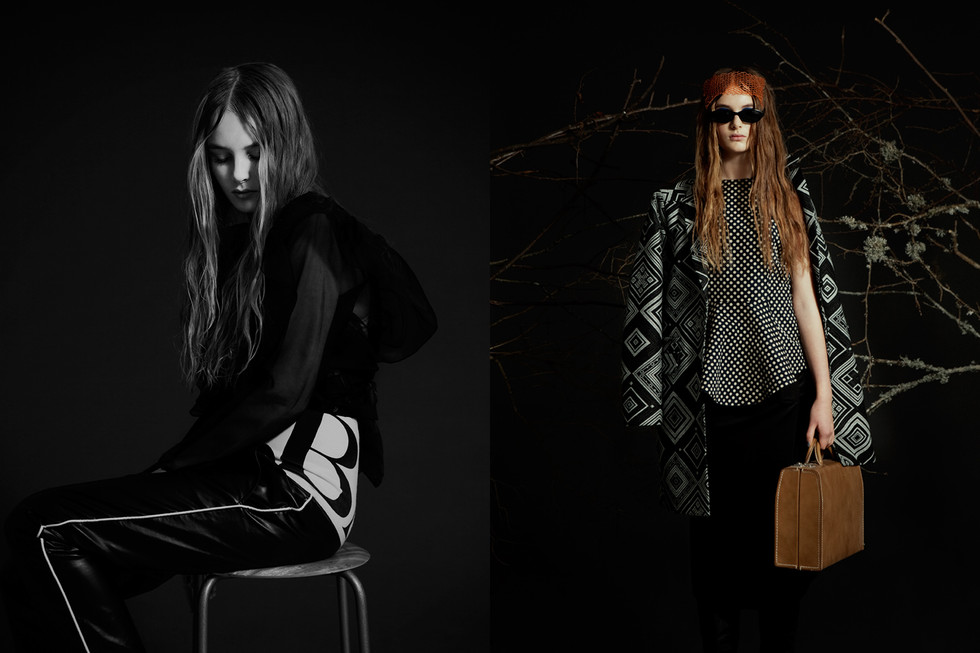 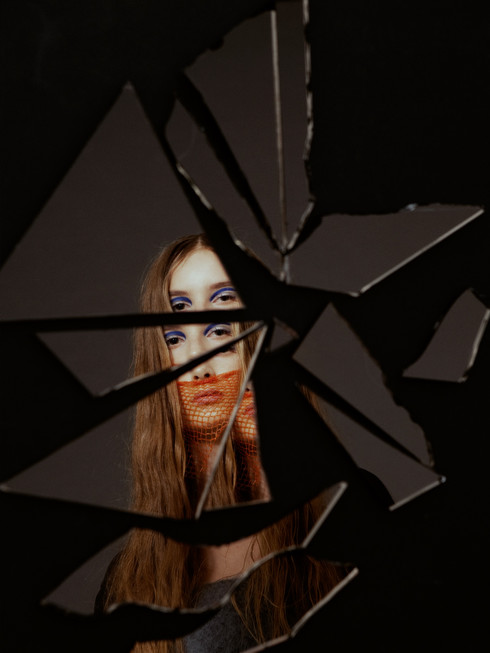