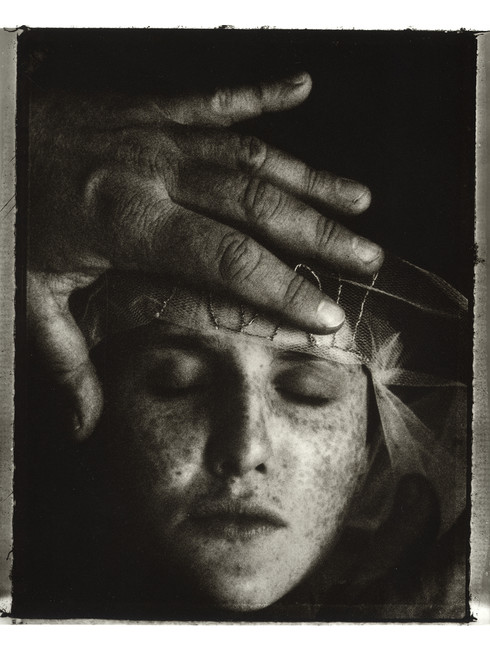 Sarah Moon's current exhibition at the Swedish museum of photography, Fotografiska, in Stockholm is an adaptation of the french folklore story and book called The Blue Beard, it's about la mainmise, she says in french, the power of love that allows a man to kill.

We grab two chairs and take a seat in the middle of the exhibition, tonight is the opening but nothing's ready yet. There are men drilling holes into the walls, the windows have been covered up making the room dark with just a few spots lighting up the art pieces. The walls are painted in a Cardinal red color, fitting the name of the exhibition, The Red Thread or as the original title in french Le Fil Rouge.

SM: This is the fifth story I've done like this, mixing photos and video, the mediums is very reduced. I only shoot for three or four days and then I retell the story with what I've been able to capture during that time.

MM: So everything we can see here is put together during those three of four days?

SM: Oh, no. The editing takes a long time, but the filming, everything filmed has been done during three or four days, it's all a home production.

MM: And the photography?

SM: I do some of the photography during the filming days and then I have a few older pieces that I fill in with, for example the image of the seagull. That's why the story is very important to know, so I write underneath all of the photos, you know, that is the red thread. I've re-done all of the texts to fit my version of the story, the words are my own interpretations of The Blue Beard.

There are mostly photographs in the exhibiting room, all with one or two sentences written underneath them which makes walking through the exhibition like reading a short novel, it's very captivating and allures you to read them all very carefully not to miss anything. There is also a film being prepared to be shown and in the end of the expo there are a few female portraits with large sculptural frames around them, almost like altars or obituaries.

MM: Can you tell me about the obituaries?

SM: I call them le tombe. The main character in the story, the girl, she goes into the forbidden room, and the tombs are a reconstitute part of that happening. So there's one tomb for each previous wife and the one that's empty is for the one who's telling the story, the heroine, the other four are already dead…

The Read Thread is a part of Fotografiska's unique collection and will be shown under a limited time until the 7th of June, so escape the sunlight and go experience the storytelling of a true icon, Sarah Moon. 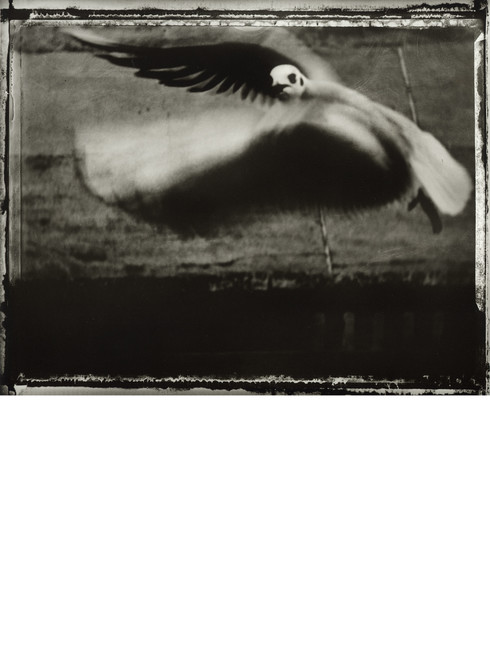