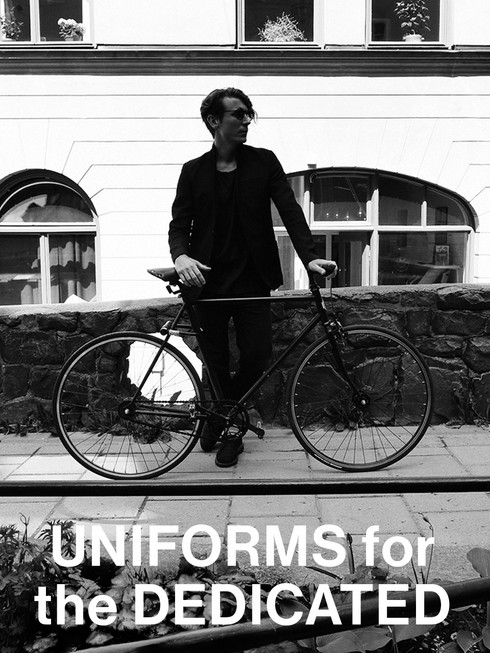 It’s early summer, the sun is a bit to brave for the season and I’m on my way to meet up with Fredrik Wikholm the co-founder and creative director of men’s clothing brand: Uniforms for the Dedicated. We meet up outside their office space but decide to take a walk along the crooked streets of Södermalm to visit their concept store, located on Krukmakargatan 24. The store is industrial modern with some hints of green and there’s hip hop music playing in the speakers. Outside the large display window there’s a white bench, inviting for the passing to rest. But the interview has started earlier, while walking there.

MM: Has the journey’s been long, when did you guys start?

FW: Yes, it’s been a while, we started up somewhere around the autumn of 2007, but just before then a bunch of us were living in the states, we had a snowboard collective in the mountains of Vail Valley, Colorado.

MM: I’ve heard Uniforms for the Dedicated was a snowboard brand from the beginning, is that so?

FW: I guess in a way we were a snowboard brand, that’s where we came from, what we knew. We never referred to ourselves as a snowboard brand but our values came from it. At the time, we were mostly living for snowboarding, climbing and surfing. We wanted to become a great example of entrepreneurship inspired by learning and by doing; with that we started a platform for creatives. We’d done some t-shirts before and therefore thought about fashion.

MM: Did any of you guys have an education?

FW: No, not at all. Well, I’ve got a degree in Behavioral Science, some of us studied marketing but most important of all we learned from life. We were totally newbies in the fashion business and just wanted to do our own thing.

Fredrik talked about how they all were so determined to do everything themselves and maybe that’s why they got a slow start. They were pretty crappy at doing research but learned by doing and by doing a lot of errors. They didn’t just do fashion, they created music, art installations and even attempted producing a movie.
MM: What kind of music were you doing?

FW: Mostly electronic, one of the co-founders and a close friend to me, Jonas Rathsman, who’s now a known new disco and house producer and another guy that’s also very successful today, Nils Krogh, produced Uniforms for the Dedicated music.

MM: How was the collective accepted? Did people get confused when you focused on so many genres?

FW: Yes, I think it was kind of confusing, but the people who liked it, really liked it. You could buy our music, clothes and furniture while looking at our conceptual music videos, you could take part of our philosophy in many ways.

MM: How did the first collection turn out in all of that?

FW: Well, we managed to make clothes. It wasn’t really a collection, it was more of a hodgepodge of garments. But we made a few pieces that was greatly received and I guess a few pieces that did not create a lot of buzz.

MM: Who was the main designer?

FW: It’s varied… from the beginning it was Mike, who’s now our sustainability director. We quickly realized that bringing in some external competence wouldn’t be such a bad idea. When the company grew we could hire new people.

Fredrik and I reach the store and take a seat on the bench outside; this is when we start talking about the true essence and passion of Uniforms for the Dedicated. Fredrik tells me that the brand is mostly about taking a stand and doing what they can to keep our planet up and running. All this time I thought this was a regular men’s fashion label. I was completely wrong. This is a brand about recycling and preserving.

FW: We have a goal, that in five years: Uniforms for the Dedicated will be the leading company in sustainability, in the world. The concept that we are trying to reach and create for ourselves would also be relevant for other types of organizations and companies. It shouldn’t matter if you’re a large company or small, or if you’re in fashion or some other business.

MM: How are you working with sustainability?

FW: We do what we can with the resources that we have. That includes everything from having a well functional waste sorting to looking over the logistics in the company. When producing a new collection we always aim to have the smallest possible effect on the environment. If you purchase a jersey or a t-shirt I can guarantee you that 80% of the cotton is organic and this August you will be able to choose if you want to buy your new suit in 100% recycled wool. We try not to mind the trends but instead create pieces that are classical, when thinking about trends, the relevance of the garment disappears way too fast. We need to think ahead and in the long run, by offering our customers commercially desirable and sustainable clothes that can be used more than one season. To be honest, I’m not that interested in being in the fashion industry, I’m here because I’m interested in having an influence in the fashion business.

Only using eco-developed materials isn’t good enough, Uniforms for the Dedicated’s main focus is to use already existing materials. The problem with recycling organic materials is making the quality as fine as the newly produced products. It’s hard and because of that it offers an easy way out for the bigger companies, they just say, the products won’t reach their standards. But there are ways, Fredrik tells me they work with recycled wool from a place called Prato, just outside Venice and that the village has a long knowledge and tradition of recycling, from the beginning because of economic reasons.

FW: Another way of keeping the planets’ resources intact, is not buying at all and for that we have a rental system, so if you’re in the need of a suit you can rent one in the Uniforms for the Dedicated store. We’re also working with a new project together with the non-profit second hand stores in our neighborhood, the idea is that after you bought something, when you get back home, you turn the shopping bag inside out, collect an old piece out of your closet, put it in the bag and send it away to one of the second hand stores. The bag already has an address printed and the shipping’s been paid for. One piece in, one piece out

MM: This is a large part of your image, right? So tell me about another part, the older male model that you’ve been working with for a while, Aiden Shaw, how did you find him and what does he help you represent?

FW: From the beginning, it was a suggestion from my friend and our photographer Kalle Gustavsson. He told me to check him out and I’ve always disliked how some brands show their collections on seventeen year old boys. I mean that’s not who we or our customers are. Aiden’s a guy who’s taken bold decisions and he always seems to be looking for excitement; he’s an old gay porn star, but he’s also a musician, a poet and a writer and environmentally engaged. Somehow I think he summons very well who we are and want to be. The idea is always to work with models who can bring something more than being beautiful to the table.

MM: You definitely got the best models last fashion week, all of those guys all looked really cool.

FW: Thank you.., when we put together our fashion shows we of course want the models to look good and casual cool but it’s also essential that they reflect our customers and the people that we want to see in our clothes, that’s why all of the men walking down the runway were in different shapes, colors, and ages and in the end we got a lot of positive reactions for that. I’m not interested in having 15 pink people walk down the runway, it takes more, and any chance we get to show that the world is a diverse, cultural and colorful place we will take.

There’s a freshness in how Fredrik talks about the planet, often referenced to as mother earth. He’s political and not ashamed to talk about it, nothing’s not important. As a lot of young people in Sweden, Fredrik says he’s sick and tired of the political situation and that no one really speaks up about it. There’s a big pink elephant in the room that makes most people look the other way. I ask him what he’ll vote for in the upcoming election, he answer’s either the feminist or the green party. He also says he’s hoping for a matriarchal rule in the future, maybe the world would be a better place than it is now… 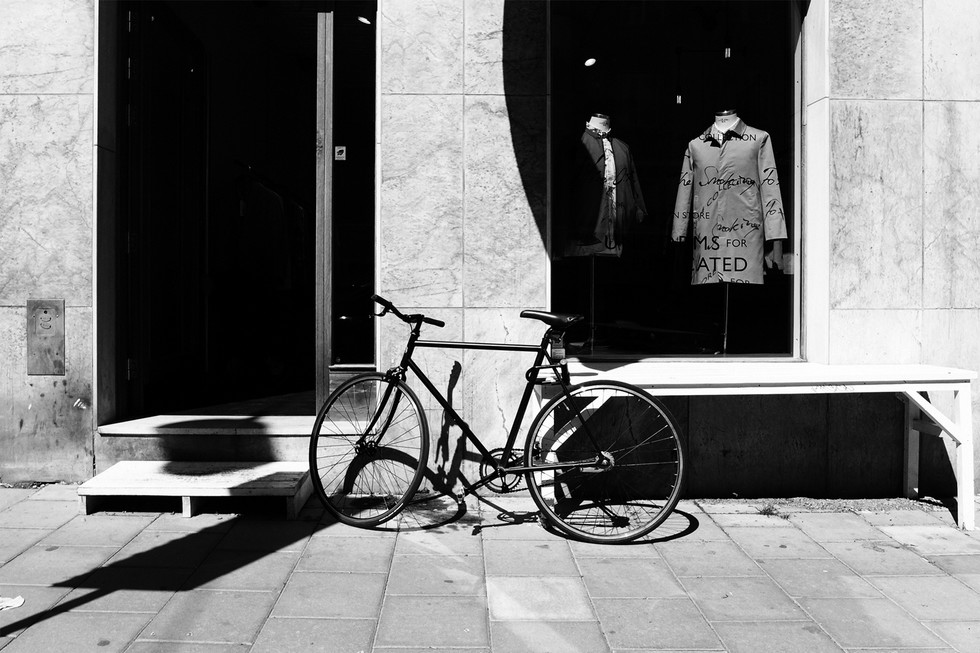 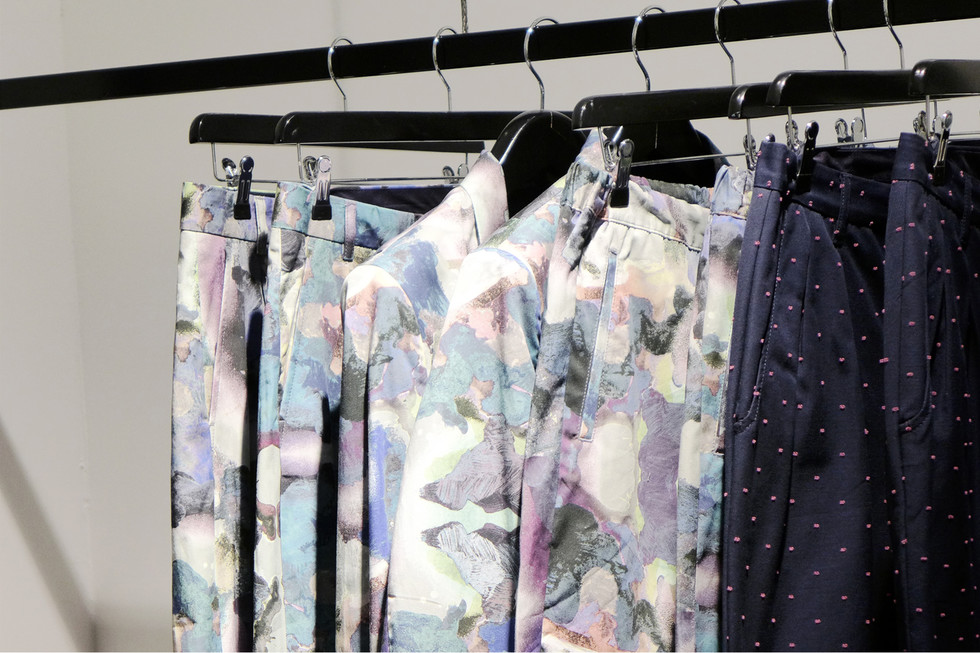 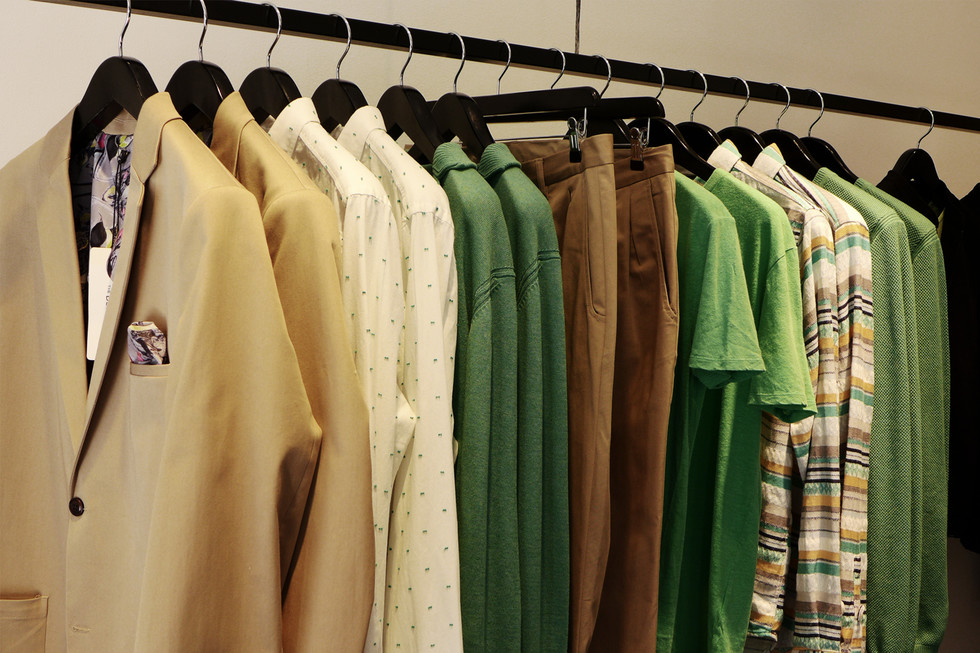 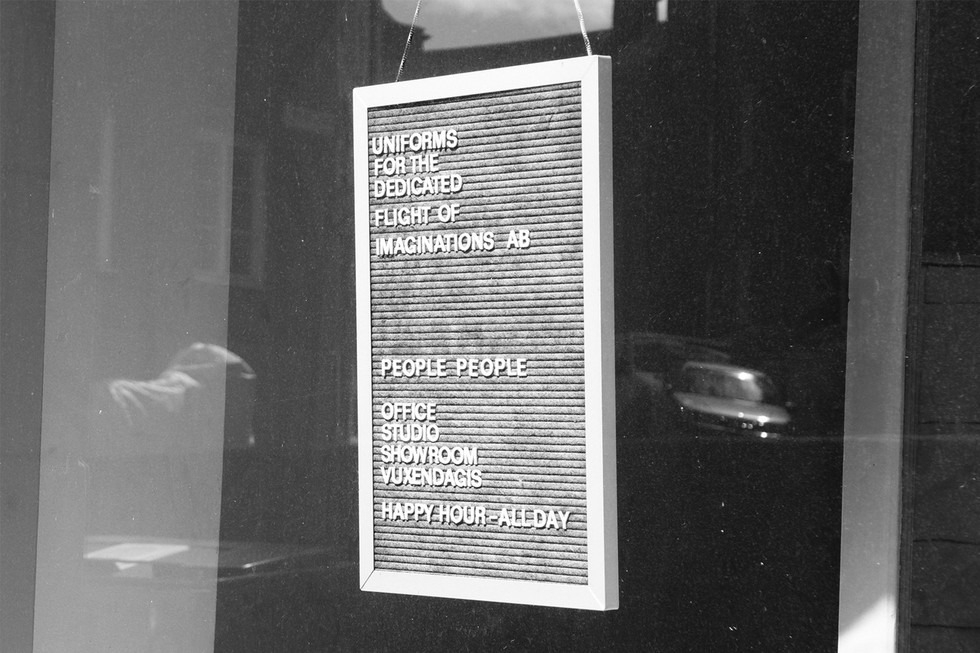