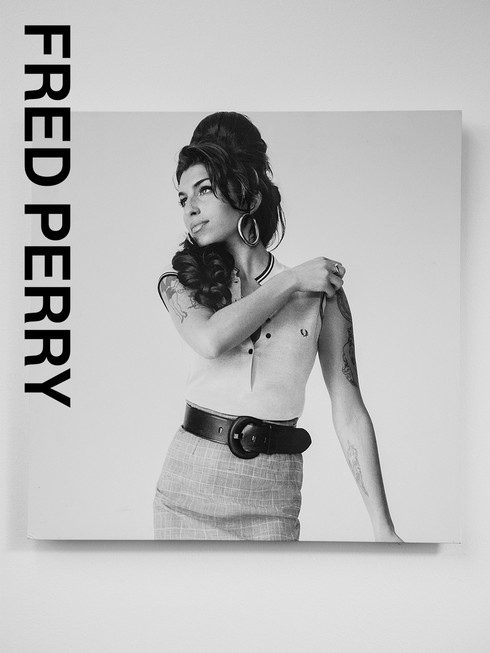 British subculture style as we know it wouldn’t be the same without Fred Perry.

Generations of teddy boys, mods, skinheads, soul boys, and rudies have all worn the iconic Fred Perry cotton pique shirt or Harrington jacket, adopting the pieces as an essential part of the uniform of the underground.

On a sunny morning in May after a Bank Holiday, I was invited to Fred Perry headquarters to meet Charlie Middleton, Product Director for the brand.

For a dedicated Fred Perry fan, stepping into the lobby of the building is like entering “the mothership”. Fred Perry’s laurel wreath logo is visible already from the door, built from birch plywood in a sculptural form that stretches some 7 metres from the door all the way to the built-in reception desk, where Fred Perry pin badges are placed strategically for visitors to take with them (yes, I took a pocket full).

The lobby is a gallery space in miniature, and on my visit there were large format black and white photos on the walls of many of the musicians and personalities that are also devotees of the Fred Perry brand.

TO: Fred Perry has reached British Heritage status as a company, although it is no longer British–owned, having been bought by Japanese investors a number of years ago. How does the company manage to keep its Britishness with foreign ownership?

CM: In 1952, British tennis champion Fred Perry and a business partner launched a slim fit cotton pique tennis shirt with a laurel wreath embroidered on the front. It was a hit on tennis courts, and players liked the slim fit. Today in 2014, every piece that is produced is approached from the same starting point. Take a white shirt: the design team asks the question how can we make this piece very Fred Perry? From there we look at our different themes within the brand, to see what we need to do to achieve our goals. Finding what is in the brand DNA, and identifying the Britishness of the brand and holding on to it, and doing it in a contemporary way, that’s what keeps us relevant today. So, in that way, keeping an element of Britishness in what we do isn’t hard, because our identity doesn’t change so much.

TO: What did the early subcultures like about Fred Perry?

CM: It was The Teds and Mods that made Fred Perry the first sportswear to streetwear crossover in the 1960s.

From the start, wearing a Fred Perry shirt was a clean, sharp, way for young people to dress. The clothing was different to what their parents or even other kids were wearing. When young people from different early subcultures like the mods, teddy boys and suedeheads discovered and dressed in Fred Perry clothing, I think rebelliousness got associated with the brand.

TO: The brand still manages to create a buzz across a wide range of subcultures, more than 60 years after the start of the company. Why is that?

CM: After 60 odd years, it would be very easy to sell it out. We keep an eye on trend but saying that, we don’t follow fashion. Fred Perry has a unique way of resonating with different subcultures, still, and music is really closely linked to the brand. Today we have new fans: from scooter boys in Taiwan to skateboarders on the west coast of the United States, and Brazilian 80’s casuals. They are all looking for the simplicity of the clothing and they are embracing the brand’s underground heritage as well.

TO: Fred Perry and music seem to go hand in hand. Why is that?

CM: We are lucky that music gives us a platform at the grassroots level to be involved with the music scene. We are able to showcase musicians at gigs on a monthly basis.

Music is always contemporary. We can through music refer to a previous time that was important to the Fred Perry brand back in the 60’s, and still stay relevant today.

TO: What can you tell me about The Amy Winehouse Foundation Collection?

CM: The Amy Winehouse Foundation Collection has been produced for several seasons now. The evolution of the clothing was due to Amy’s passion. She was very much a part of it. She thought most of the pieces were perfect as they were and she didn’t think they should be “messed with” too much. She was such a purist. She loved the brand so much. We created many of the pieces in the collection by examining the way Amy wore Fred Perry. Her upturned collars, her colour choices, lots of things.

We worked with Amy Molyneaux, who was Amy Winehouse’s stylist, for a few seasons after Amy sadly passed away. The collection is now designed in-house and we will be launching a special collaboration competition with Central Saint Martin’s University for SS15.

TO: What’s next for the Fred Perry brand?

CM: Product categories aren’t likely to change much, as we work really hard at what we do. That being said, new markets are emerging around the world and I think there are a lot of similarities in the kinds of people that wear Fred Perry, even if they are all individuals and in some ways all very different.

So, what’s next for Fred Perry is cementing the various tribes of loyal Fred Perry fans and bringing them together globally through #WeAreTipped. We’re a special brand in terms of the diversity of our customers that choose to wear the Laurel Wreath as a badge of honour. Everyone is invited to be a part of Fred Perry, to be ‘tipped’. 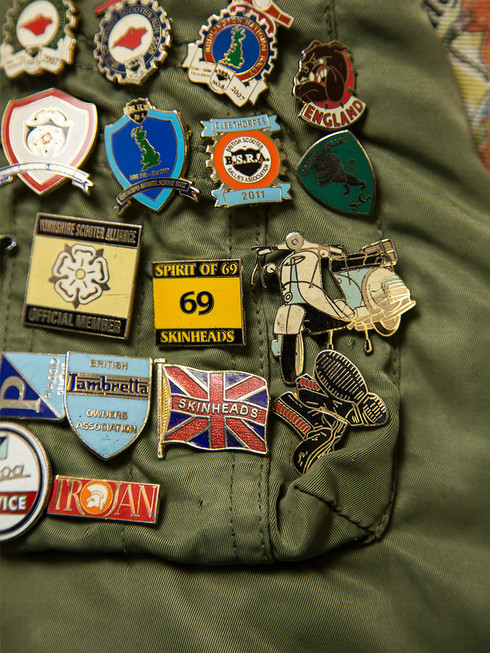 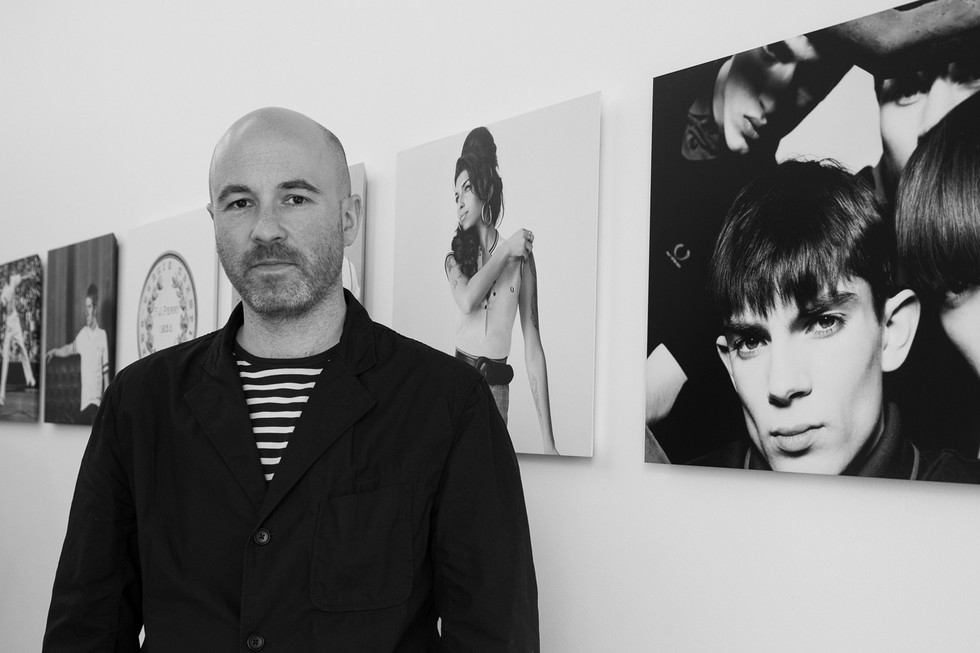 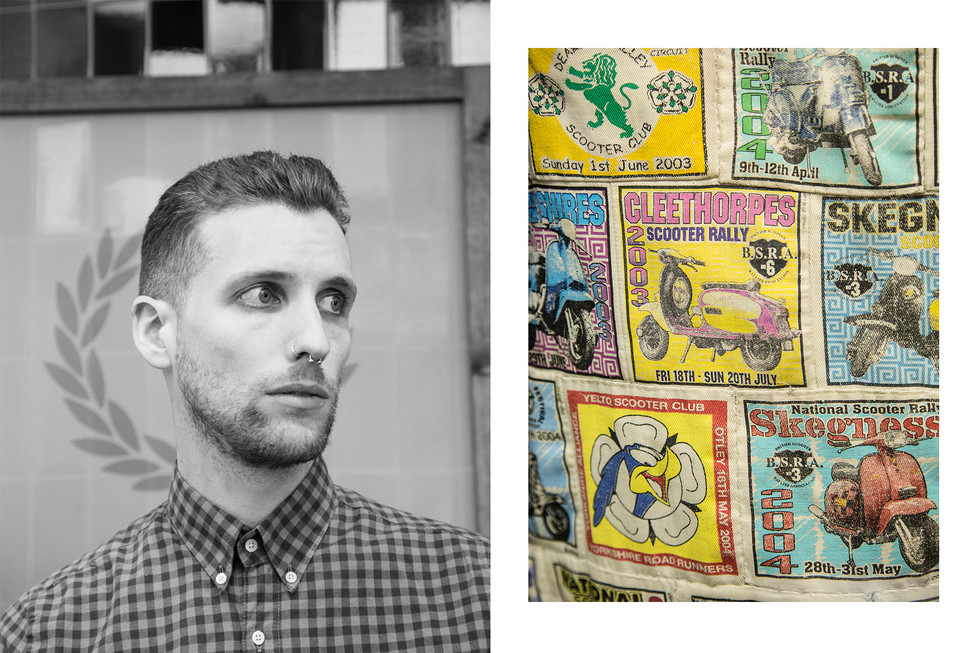 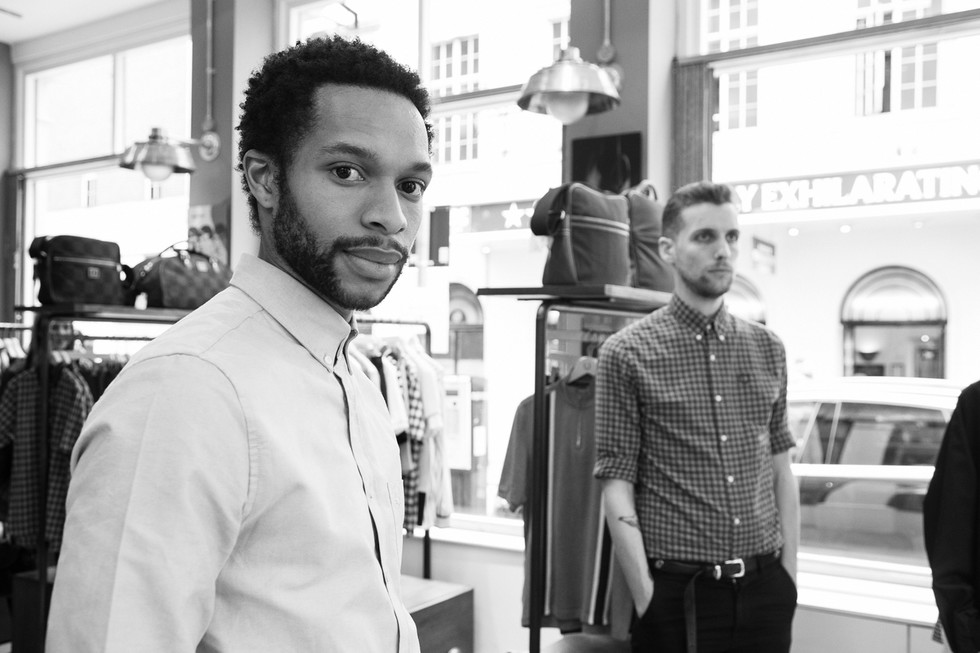 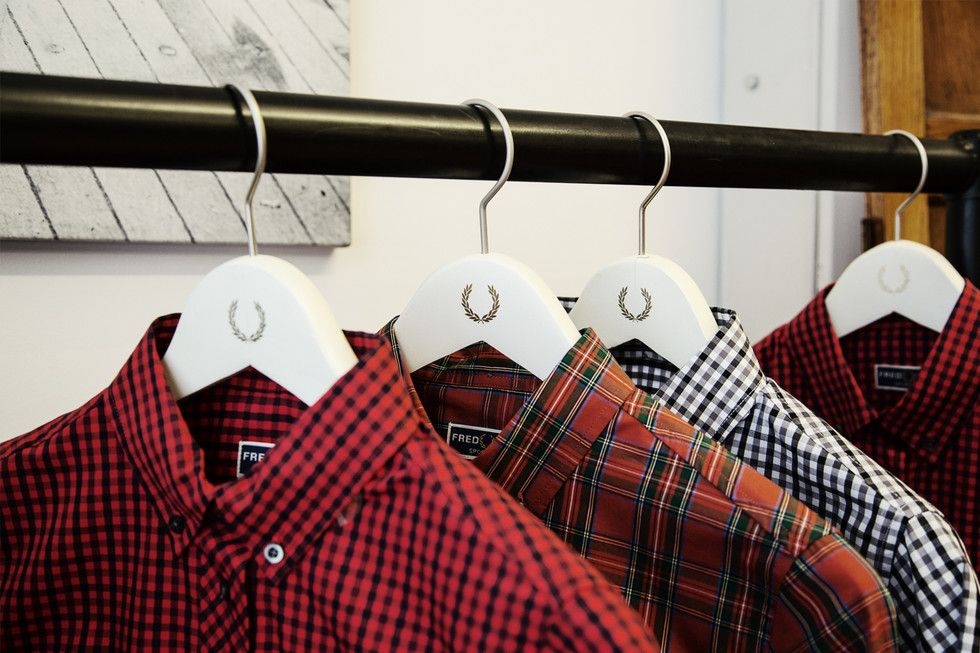 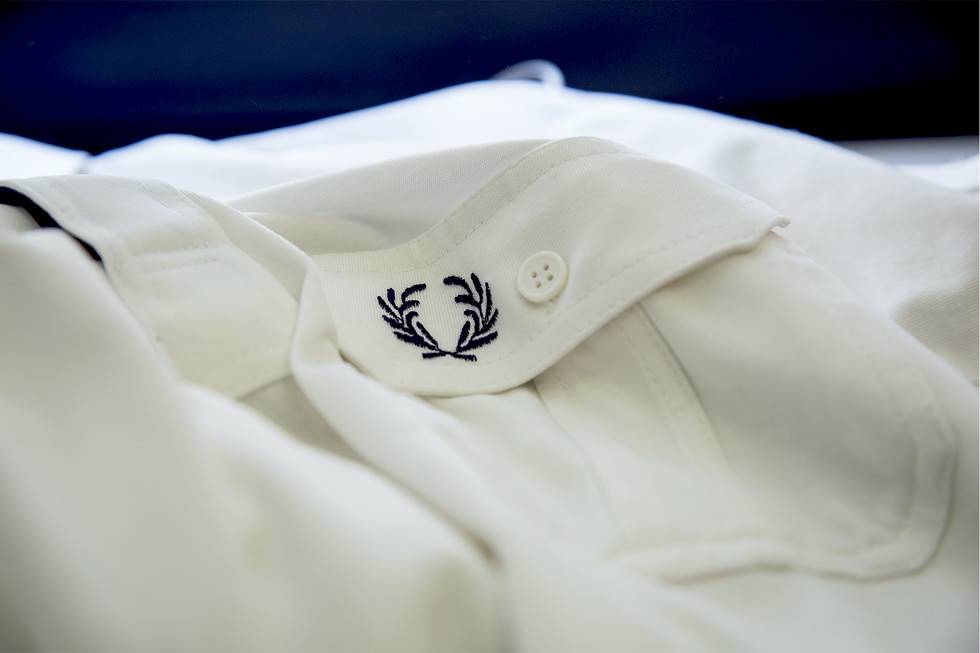