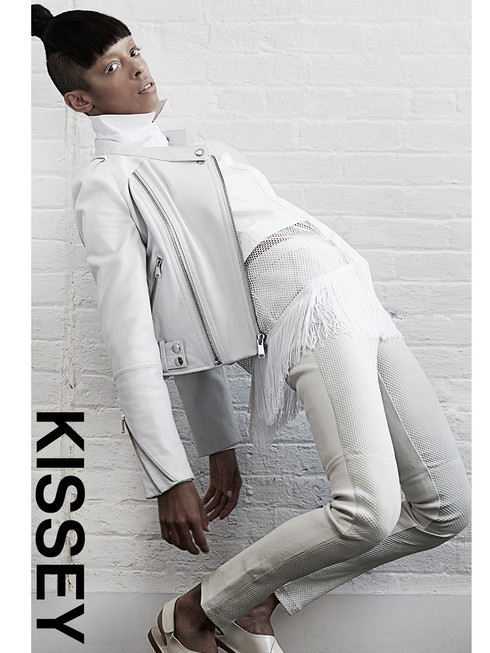 Kissey is a multitalented Swedish born musician living in New York. She was recently featured in I-D, Hunger and Dummy Magazine with her latest release Melting Pot; and a couple of weeks ago her music collaboration with iconic Rad Hourani for his unisex couture collection which was released in Paris. She describes her music with the words; minimal dance, roaring baseline and cinematic vocal. I couldn’t agree more.

MM: First, I’d like to know what you been doing today?

K:Today I started out with a morning meditation and creating some beats. Right now I’m sitting in a sofa at a coffee shop in Park Slope in Brooklyn, answering you while having some coffee, and when I’m done I will go back to the studio to write some more music and rehearse.

MM: Why did you move to New York, and how long have you been there?

K: The first time I arrived here, coming in a cab from JFK driving in over the Queensboro bridge I had a strong feeling of “this is home” when I looked out over the skyline, I have never felt that really about any city that I travelled to before… I still get that feeling crossing the Manhattan Bridge with the subway. I think that first encounter definitely was the beginning of my love-story with NY. I later fell in love with a New Yorker that made me love the city even more. We are not together any longer, but I think his love for the city and his lessons about how to be a “New Yorker” versus someone that is just visiting New York did teach me how to survive here. They don’t call it a “NY-state of mind” for no reason, because there are some cultural things that are very connected to the city that you have to understand to be able to live here, if you don’t it will swallow you and spit you out all chewed up. It’s an extraordinary city that I get along with very well.

MM: Do you think you will stay in New York or do you have any plans of changing location?

MM: You’ve really been in the spotlight lately, how was it being featured in I-D?

K: End of last year was really cool for sure. At the core of my music, I want to create music that reflects the soundtrack of the lives of my friends and me. Anyone who likes it from the outside is an absolute added bonus. I’m so grateful that I-D came in, liked and supported my production mixtape for the remix project ‘IDIOS’, I took 8 NY artists and gave their acapellas my sonic interpretation of NY, I-D is streaming it as part of their “Music To…”-series and we named this one ‘Music To Own One’s World’. The photo is shot by Wenjun Liang. There is a lot of trust that goes into creating the right interpretation of my music visually, it means a lot to me that it turns out inspiring, the best that it can be there as well, no matter the resources. That is my approach when I create music in general, sonically or painting, I don’t care. The White Stripes recorded at least one of their albums on a 4-track porta studio, and the result was absolutely amazing. It’s all about execution and having a great idea. You don’t need to be in a “Jimi Hendricks studio ‘Electric Lady’ “ to record a hit album, if you don’t have a great idea, it doesn’t matter where you are. I work a lot with photographer Ellinor Stigle with this approach as well, great message - great quality. I’m thankful that media-players as I-D, HUNGER and DUMMY magazine have decided to spread the word about me, my music, and what I and my friends are creatively doing. I don’t think pop-culture and pop-music has to be packaged in the “box” that traditionally is presented to us as consumers. That box bores me easily and I’m sure it bores others as well, I see it as one of the main reasons why underground and over ground music is merging so much right now, people are intelligent and hungry for more than surface, and I think last year was an indicator that sonically there’s a tipping point currently happening.

MM: What about the music, how would you describe your own sound?

I usually say that I create indie alternative dance music, “music that you can dance to”. Overall the sound scape is minimal drums, big baselines and vocal melodies and lyrics that are extremely “sticky”. It became a reaction to the music I created earlier which had more complicated and complex lyrical and melodic structure (or controlled non-structure). Right now I want the message of the songs to be in your face, non-avoiding and extremely direct, so direct that you can’t hide from it. All you need to dance is a drum, and a baseline that makes your heart feel stuff ( it vibrates your body in different ways and evokes different levels of your being and anatomy to resonate), no matter the genre. The sound I create for myself currently is a diary of my life - living in NY, being part of the urban machine, growing up and running in Swedish forests at dusk; and swimming in lakes 3AM in the morning after being out, dancing at different parties around the world, my Caribbean connection to spirituality, meditation on rooftops in LA, reactions to stuff that is happening in the world. When I’m producing others e.g. TK Wonder, it is a different soundscape because it’s a mesh of her, her experiences, and the message she wants to put out.

MM: You’re also a DJ, what do you enjoy the most, playing records or creating your own music?

K: I totally adore doing both, the best feeling is to spin remixes I produced myself from my personal-crate, test tunes that only I have, and seeing when it “works” and the crowd to dances and stomps out to it, and in the corner of my eye, seeing other music nerds sneaking their phones up discreetly trying to shazam them. That’s when I know that I’m on to something, and I bring that information back with me the day after to the studio. Making the connection between what you imagine works and what really works is super important to calibrate, that way you have the knowledge about how far you can push, what rules you can currently break; it changes all the time. Subconscious behaviour is very honest and truthful, very reactionary, and I like developing song-ideas based on those reactions.

MM: Were you a musical child? How did you get into the scene?

K: It was a melting pot of a bunch of different things when I grew up. I don’t think I was overly talented in music, but it does come very naturally to me. I liked doing it at first, then I didn’t, and now I do again. I had a very classical education, playing the piano from when I was 6, being part of different choirs etc. My father would play a lot of ELO, Led Zepplin and Fleetwood Mac at home, mother would listen to disco and more dancey UK-stuff. I started to DJ in my teens, I learned about dance music, house, acid house, Chicago, French sounding stuff, NY, dreamt about going to Detroit mostly through that. I was a kid in Sweden and one of my main dream places I wanted to travel to was grimey- music –mecca-Detroit, I still do! I was into hip hop parallel with this, but the exposure was commercial radio stuff, the same way I was exposed to pop-music earlier when I grew up; Madonna, MJ, Janet. I learnt more and deeper about hip hop when I started to sing vocals for a bunch of people that was in the outskirt of the J Dilla LA/Detroit beat–scene. I think it’s mostly that I’ve been fortunate to have a some great mentors and friends throughout the years that have guided and catered my aural curiosity - taken me to parties, introduced me to people, sent me tracks, a lot of “you should listen to this” - “do you know of” - “hey you should come”. I follow my ears a lot, and love being where people are in a celebration mood, I find it’s the best meditation being surrounded by a big sound system either dancing or singing.

I ask if there’s any Swedish influences in her music and she tells me that growing up she got to hear a lot of jazz. She especially mentions Jan Johansson and Monica Zetterlund, being played on repeat in her childhood home. The ease of Monicas voice has made her own way of singing more relaxed, it taught her; “not be all over all the time… To let it breathe”. 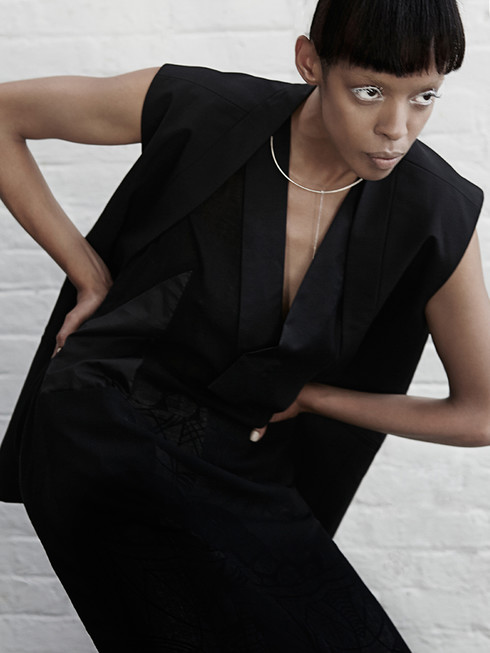