Up and coming songbird and writer (Call Me), Anna Nordeström, creates sad and lucid pop music. The sound is young but the voice has got the sound of experience. The album A Sort of Company, just released on the 25th will keep you from feeling alone, or get you feeling lonelier depending on what side of the bed you woke up on. Either way it's a very impressive first record.

Anna grew up in the quiet small town of Karlstad, but later on moved to Gothenburg, the second largest city in Sweden, where she started high school in a musically focused class. She quickly became tired and uninterested in it all because of the strong social structures surrounding her. For example she says, “I played a lot of jazz music, but most people were convinced that girls could only sing jazz”. Those kinds of patriarchic rules ruined the fun and joy of music. It wasn't until her move to Stockholm that she felt excepted and found her place in the social contexts. That is also when she started enjoying creating music again; but this time on her own terms.

MM: So what happened in Stockholm?

AN: In the beginning not that much. A friend of mine asked me to play at one of his clubs, I think he'd heard me sing or something and I said yes. I didn't have any songs then, but this event gave me a reason to start making music again. I did everything by myself which gave me a freedom I'd never experienced with music before. It was liberating. I performed at the event and in the band Palpitation, which got on stage right after me I found Ilon Vejde who later became my producer.

MM: What happened after you released your first song on Soundcloud?

AN: There were a lot of bloggers who wrote about the song and I'd just started talking with Ilon about a collaboration so we decided to start working on one song. We released in on Soundcloud and later got a call from the record label Luxury.

MM: When all of this started, did you think that music could be an actual career for you?

AN: No, I just thought it was fun, I had no expectations whatsoever. Of course it became a lot more business when I started working with Ilon, we didn't really know each other then so it was strictly work. Ilon's the one who definitely developed the sound of the record.

MM: What do you think your music sounds like?

AN: That's a difficult question, but I think it's quite melancholic, although at the same time there are glimpses of hope. I hope that's what others feel too when they listen to it. As the title of the album says, I hope that the record can be a friend and a company to others.

MM: What do you think will happen when the record's out?

AN: I really like the album and that's most important to me. I know my mom and dad will listen to it and that they'll like it. I'm trying not to get too high expectations. I mean, I'd love it if I could work in music business for a long time, but I won't put all of my cards in one place. Mostly I'd like to perform, I'm a tired of sitting in the studio for now.

MM: So it gets lonely?

AN: Maybe not lonely but monotone. The thing I really love about music is being on stage and preforming live for an audience. 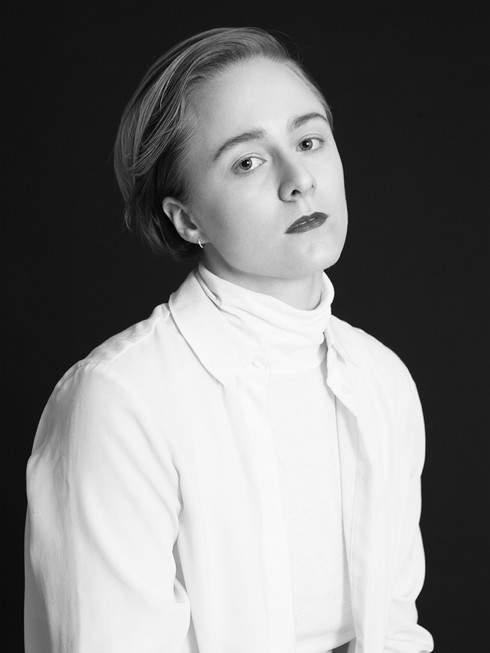