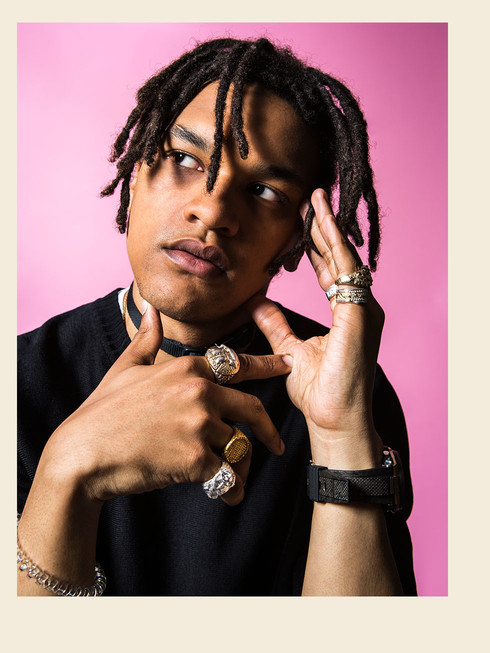 When Yemi was 12 years old he started to make his own music. He downloaded a free FL-studio-demo and had to finish his tracks in one sitting since the demo verion wouldn’t let him save projects. Yemi has earlier released a number of great and greatly celebrated singles and today, the 12th of May, the rapper and producer releases his first album via Universal/Ledighetsmaskinen.

The album took two years to make and include collaborations with some of Sweden’s most interesting and innovative producers and artists.

Big congratulations to your first album! Tell us about Neostockholm, and what has the creative process been like behind the album?

– Thanks a lot! The process and the development of this record have occurred very naturally. About two years ago I started to have a vision of how the album would work. I think the entire album in a sense orbits around a world of ideas which I have created, and how I’m more or less trying to reach this world in real life.

Who have you been working with to create Neostockholm?

– The album is entirely produced Yung Gud and Teo Sweden and I. The process is as important as the result and it is crucial to have a good relationship with the people I collaborate with. Both Teo Sweden and Yung Gud are close friends and I'm grateful for the fact that we work extremely well together in the creative process. Busu and Cherrie are guesting the album. I think both of them are some of the most interesting and innovative artists in Sweden. Busu and Teo are my oldest friends. We are identical in many ways, I think our thoughts are interwoven in a really nice way when we are doing music. The same applies to the photographer and director Natan Gullström. We started doing things together around 2011, 2012 and I could say that we have both progressed in the same pace.

What are you the most satisfied with regarding Neostockholm?

– I’m very happy about how coherent the final product became. Many different thoughts have flowed into the creation of the album, and it wasn’t until I first listened to the final product that I could leave the process and see a very clear red thread.

What does a creative process look like to you?

– It’s very different. Usually a creative process begins with a simple idea. It can be that I'm super excited for having found a new, cool or special sound. Play around and make something out of it, or maybe I’ve thought of a word that sounds cool and then try to create something from that one word. When I’m planning videos and artwork for covers the creative process is the same. I often think of tracks in colors, and usually have a certain color pretty strongly connected to the tune. In my videos it’s usually quite obvious what color I’ve been influenced by. Fenix, for example, feels very red to me.

Yemi tells me that he has always had aesthetic interests and as a child he used to draw a lot of comic strips and cartoon characters.

But, at what age did you discover your love for music?

– Music has always been important to me. My parents are music enthusiasts and they probably lay the foundation for my interest in music. When I was 12 I started to listen to a lot of music, and that’s when I started to do my own music for the first time. I downloaded a FL-studio-demo and finished tracks in one sitting since you couldn’t save projects for later in the demo-version. I think this technical limitation affected how I go about making tracks today since I still make the main part of the track during the first sitting.

How involved with the work are you when you collaborate with other producers, directors and artists?

– It’s a given for me to always be a hundred percent in on the processes behind something which I am about to put my name on. I always want to talk about an idea for a video with the director and I’m always a part of the production before someone else is producing.

Why do you think it is so rare today that artists make their own music?

– It probably has to do with the fact that people want to sell as much as possible. I don’t think that singers or rappers see themselves as artists in the same sense, maybe they only see it as if they’re just doing their thing but I think, unfortunately, that they don’t have a real interest for the creative process.

I read an interview with you a while back where you question if you actually belong to the Swedish hip hop-scene, why is that?

– I don’t listen to Swedish hip hop. Except for the music that my friends do which is categorized as hip hop. Swedish hip hop is more of a genre than actual hip hop from Sweden. I don’t really have an appreciation of the genre, it’s a very shallow notion I possess. But I wouldn’t place myself in that genre.

What genre would you place yourself in?

What does the Swedish music-industry need to work on?

It’s the same with other genres as well. It appears as if it comprises a lot of routine and that more artists could be applied to the entire industry. People who are not musicians could think bigger and the musicians in turn could also think bigger.

I have always created partial goals for myself in order to reach the end goal eventually. To reach a partial goal is supposed to entail this really sick feeling in my opinion, but most often I don’t feel what I thought I would feel. What does it feel like for you? When you reach a goal or partial goal in life?

– Yes, sometimes I think back and I’m like “shit” now I'm doing this, the thing I dreamed of doing as a child. But I think I’d like to feel more than I actually do. I talked to Busu about this a couple of days ago. You reach partial goals all the time but if you’d jump two, three, four steps forward immediately it would feel a lot sicker I think. But it’s just that, that it’s a process that makes it really easy for you to get used to being the one you are at the moment and it suddenly feels all natural and not as strong as you had imagined. But you get used to it so very quickly, or I at least get used to the position I'm in at the moment very quickly. It’s nice, then you always have something to look forward to, the next step in your career or your next step in life. But I tend to forget to a certain extent to look around me and see where I am, in relation to where I was just a year ago or even half a year ago.

– I’m not even sure there is a dream. (Haha) I can’t remember if they just wrote that or why they wrote precisely that. But, I didn’t think I was living my dream back then and I cant say that I'm living any dream right now either. I don’t even know if there is a dream to be lived, but maybe it was for the fact that I tried to appreciate the progress that I had achieved by that point.

But, what is your dream?

– My dream is to have the tools and conditions to be able to work creatively all my life, and to feel good about it. It’s truly a privilege to be able to do that and I can’t say that I'm there just yet. You’re not offered a privilege, or yes some people certainly are, but it feels like this is something I’ve been working towards and it feels goddamn nice. To be able to reach there by yourself.

Your debut album is released today, so what are your plans for the summer?

– Yeah, today my debut album is released. I’ll see where this album lets me land during the summer and so I’ve kept my schedule pretty open. I want to have the time to rest though, but also start to work on some new music. 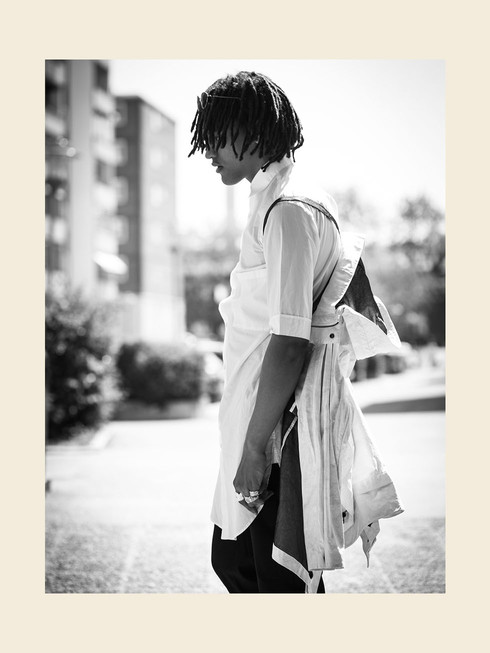 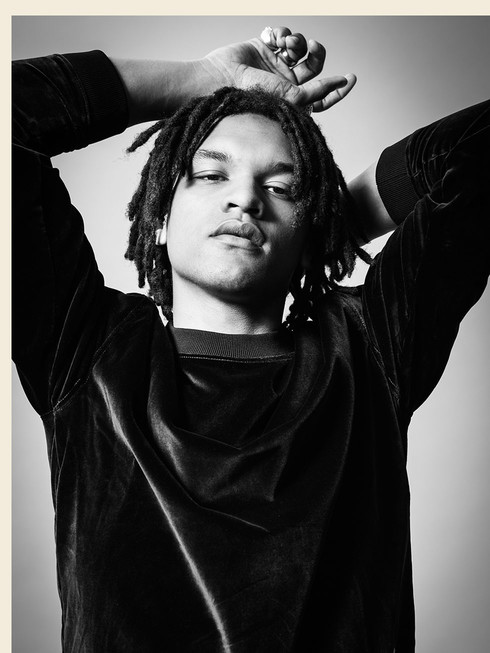