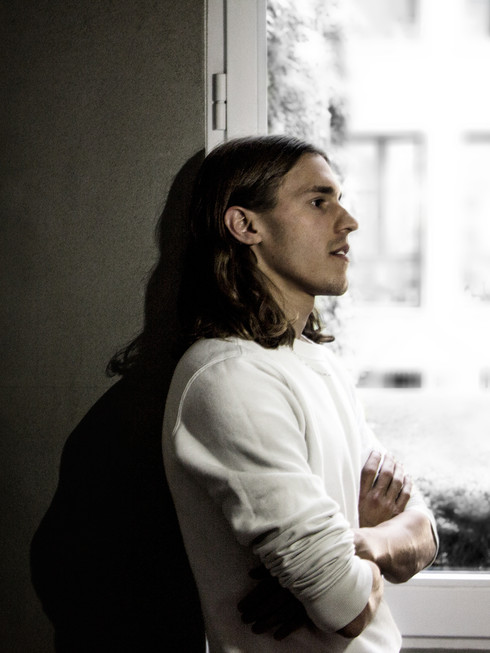 Being bailed out of jail by Michele Lamy the same evening you were modelling naked at a Rick Owens installation in Paris for “Dazed and Confused” is quite an uncommon experience, except for 25 year old Italian artist Giovanni Leonardo Bassan. Since the occasion several years ago he has developed a strong bond with the Owens couple and now considers them mentors.

Bassan works with Rick Owens as a creative in his studio in Paris and retreats to his personal art at his own studio when he’s not there. Bassan was recently noticed by international press for his sold-out debut exhibition “Martyrdoms” at The Mine Gallery in Dubai. His drawings are considered a holy punk interpretation of modern culture.

Agata Fabri: What is it like working with Michele Lamy?

Giovanni Leonardo Bassan: Michele is an polyhedric artist. Her demeanor could instill fear at the same time, she is so maternal in nature.

That night I ended up at the police station for no particular reason. Michele bailed me out. She also invited me to spend the rest of the night in their home. She paid my ticket to go back to Milan the day after. I was in shock.

Afterwards, she kept me under her wing and she still pushes me to explore my art.

AF: When did you get into art?

GLB: Ever since I was a child, I have been drawing. In the past I used to draw only what I believed was beautiful. Today I have a different point of view. I’ve changed. I have a studio in Paris, a basement where I invite friends over to discuss our generation’s issues. And this is a way to get into my art, being inspired by frequent dialogues.

AF: What kind of issues do you discuss?

GLB: I find that Paris lacks collective thinking. Parisians all behave as individuals. Once I asked my friends if they shared my need to have a say about what surrounds us nowadays, because I find that I keep wondering: “What battles are we fighting? How does it feel to be a 25 year old male, in Paris, in 2016?” That is just the starting point of our discussion.

By the end we’re all questioning our lives and issues like drug addiction, religion, homosexuality and gender transitions. The power of youth is not just about having the freedom to express ourselves, but, more than anything, it is about shouting out loud what we are feeling. I’ve had sort of an epiphany, a revelation. I don’t want to draw only because I like it, but I consider it a way to express what I feel.

AF: Can you explain the background of your art?

GLB: I consider my art as a personal study. I express myself through it. I started with an exhibition in Paris at my studio where I showcased my work. Then, in an Iranian gallery in Dubai, I showed drawings that I had made just before and immediately after the Paris terrorist attacks last November, presented in an exhibition I called “Martyrdoms”.

I asked myself, “Who’s the martyr?” In Italy there is a huge, vivid tradition of worshipping saints. So I decided to study the paths of saints: they expressed their ideas, even though this caused their deaths. Society and politicians condemned these people for their ideas because they didn’t understand what they were stating. Nowadays, people who are marching in Moscow for gay pride, black people who are still abused in the USA, and Syrian refugees all represent martyrs in my mind.

I put together images I had researched and then I mixed them with the golden backgrounds used as a symbol of purity in Christian art. Then I went to Dubai to show these works. In Dubai people wanted to know about the stories about the saints, and visitors kept asking me, “Are these myths? Is it true?”

AF: Do you feel that people understand your art?

GLB: I have a feeling that in Dubai, they understood my art.

And, the fact that they asked me about historical martyrs, about Italian culture and about the Paris terrorist attack that inspired my works, made me feel I was going in the right direction. And of course I didn’t expect a sold–out exhibition at all.

GLB: I am working on a mid-June exhibition in Paris, in partnership with “The Mine Gallery” in Dubai, and another project in New York with a group of artists that will take place in October. 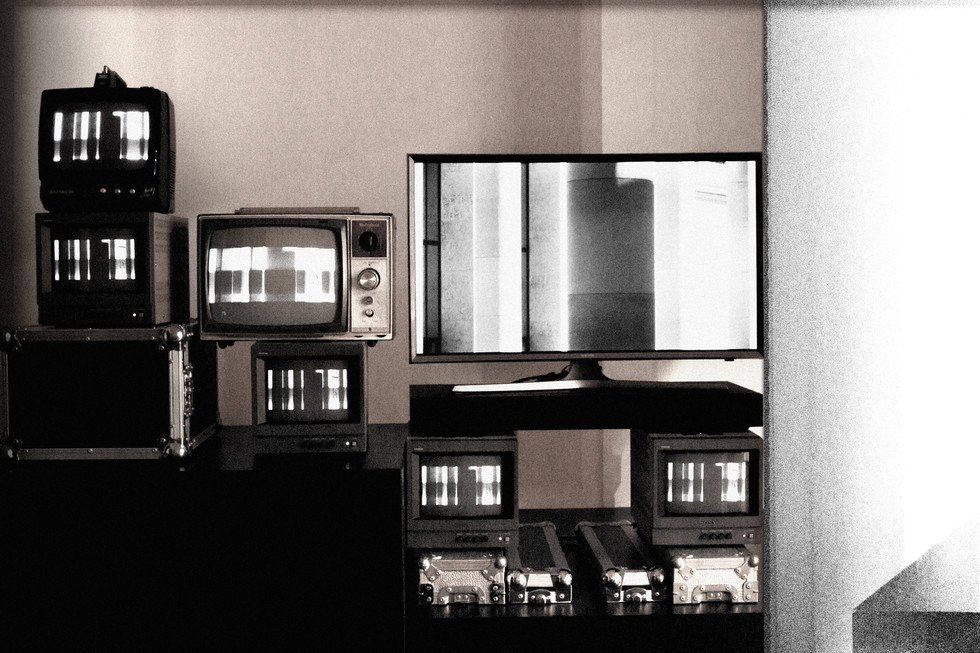 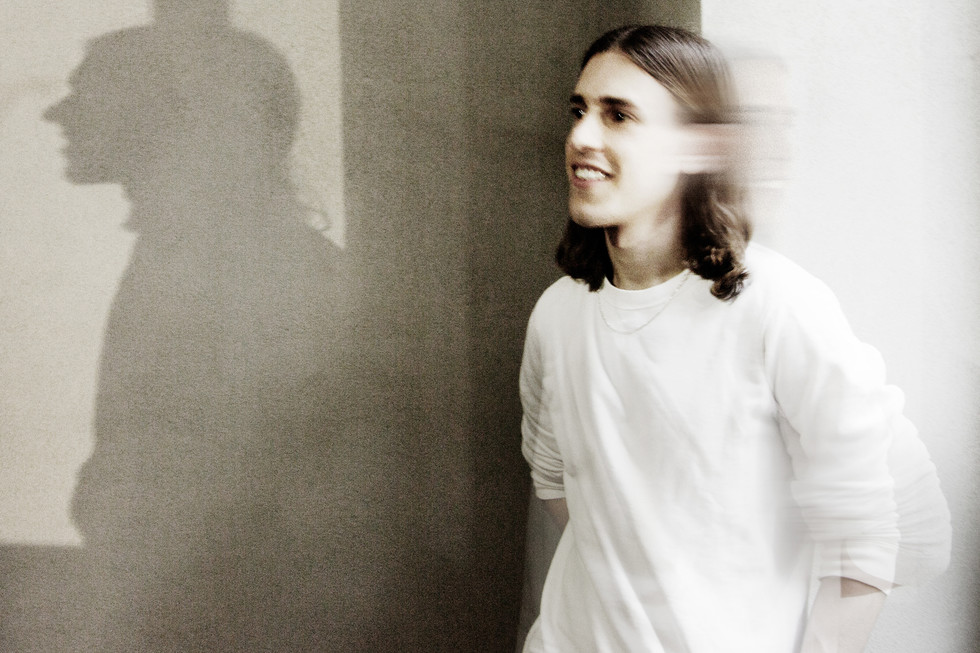 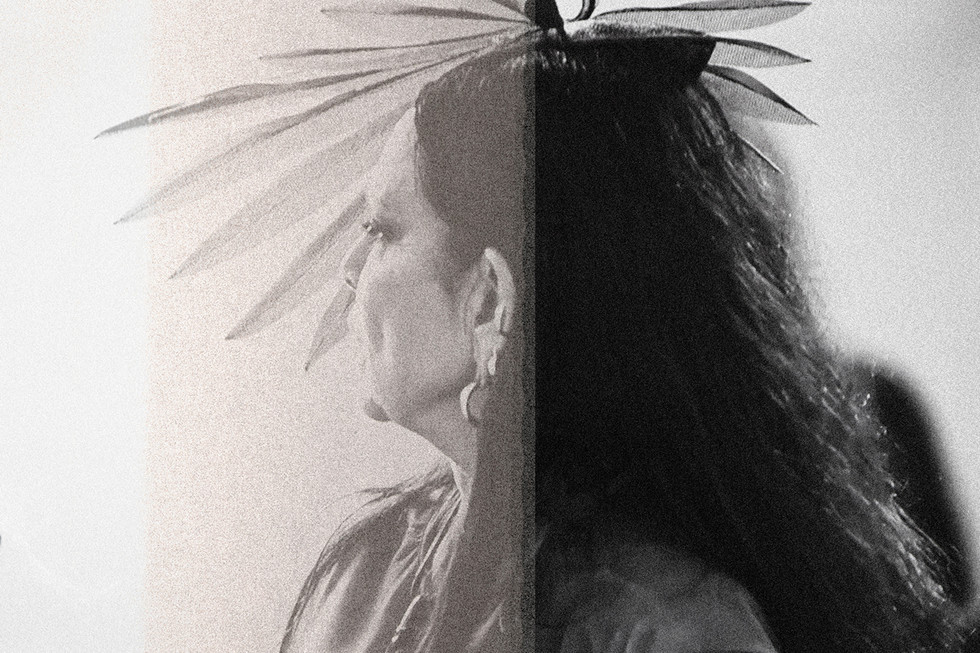