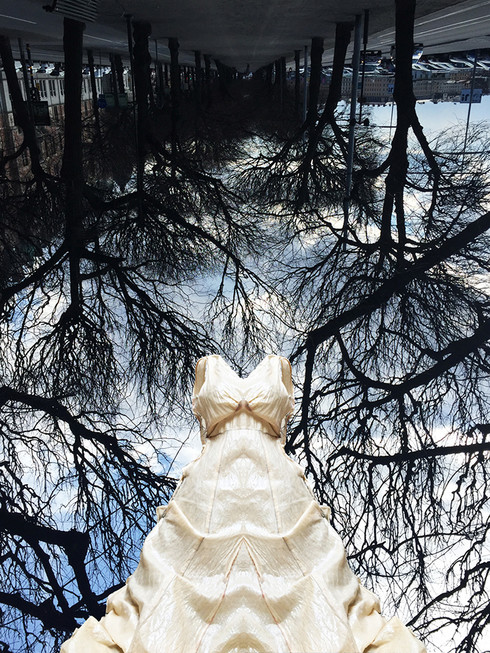 “Looking at an old photograph of one's self, a common reaction is you just marvel at the ridiculous clothes that people wore.”

With this sentence professor Elizabeth Wilson opened her lecture on Fashion and Memory, which was hosted by the Armémuseum in Stockholm.
Wilson is a Visiting Professor of Cultural Studies at the London College of Fashion and author of books, such as “Adorned in Dreams: Fashion and Modernity”.

Why do we laugh at ourselves for the fashions we chose, instead of remembering how it made us feel at the time? And why it is always the clothes and not something else in the image that we tend to focus on?
According to Wilson, one answer is obvious: when looking at these photographs, we realize that changing fashions in a way are pretty random.

Another answer, she stated, would be that we are purposely shifting our attention.
“We can only disavow the passage of time by dismissing through laughter, one aspect of it which is the styles. But really, it's not the styles that are ridiculous, it is us. It is our former selves.”
By shifting our attention from our changed bodies to the clothes that cover them, we try to protect ourselves from negative feelings we might experience when seeing our own younger versions.

Wilson then made the connection between photography and fashion, as photography is a form of mass reproducibility of the image. Fashion, nowadays, is just as well. Quoting Susan Sontag: “What renders a photograph surreal is its irrefutable pathos as a message from time past.”
In her own words, Wilson added: “In this way fashion and photography are central to a presentation of the past and of transience. It is essentially their fashionable dress, or dress of its time, that now underlines the transience of these lives.”

Wilson noted that norm core dressing has recently become more and more popular due to the globalization of fashion, changing the relationship consumers have with their clothes.
In a similar way, fast fashion, which provides more options than one can grasp, is influencing the mentality consumers have when it comes to buying and using clothes.
The way we dress has become more or less standardized.

“How would that affect the way in which we consume memory?” Wilson asks.

The work of Ludmila Christeseva's exhibition “Kriget har inget kvinnligt ansikte” addresses the issues Elizabeth Wilson mentioned in the beginning;
“Clothes, when regarded as precious and valuable, rare, when cherished in other words, acquire a patina of meaning and memory.”
Christeseva was inspired by Svetlana Alexievich's book “War's Unwomanly Face”.

The exhibition revolved around a memory of her mother, of a dress in wartime, which became a story to the artist.
She recognized her own emotions attached to this memory in toiles, prototypes of ready–to-wear garments and used both to make a statement about women's bodily experiences of war.

Both Wilson and Christeseva express the importance of preserving and communicating our past in order to truly be able to move forward.

Wilson concluded her lecture by expressing she hoped that we are not depriving ourselves of the ability to remember through clothes.

“I think remembering through clothes and the intimacy of clothes is precious. And I hope it will remain an essential part of those intimate forms of mental imperial which is our memories.”

The Armémuseum in Stockholm hosted this lecture on May 9th as an extension of the exhibition “Kriget har inget kvinnligt ansikte” with works by Ludmila Christeseva. The exhibition took place from May 9th until May 18th.