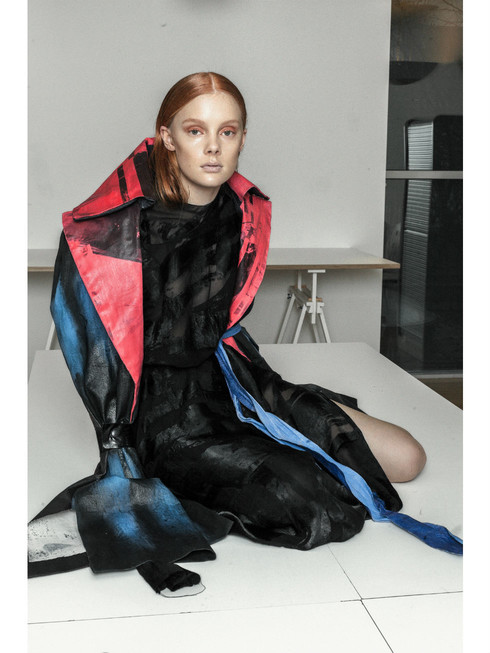 This is our last interview in the designer-student series and we meet a young, curious and diligent student of Beckmans College of Design Fo Phan, who dares to question both himself and contemporary times. His design discovers an emotional string in the textile and connects it with the flow of the created forms, granting a wearer an outstanding luxury of the craftsmanship and a feeling of an inner strength. He skilfully plays with aesthetic disruptions, unintentionally creating an own sensuous bricolage of Western culture and Eastern philosophy.

Tell me about your recent work. What theme does it have?
Recently I worked with emotional interpretation of the word “waste” in my design through questioning my close relationships within the LGBT-community. It is a way for me to investigate my own behaviour and my own fears and insecurities. I have bared my feelings creating a monologue by means of my design, where I have manipulated the textile. Looking the denim threads being released (ripped up) in an act of self-disruption, baring its soul and reviving by creating motions, reminds me of human feelings.
Furthermore, it is also a way of pondering the role of social media in our choice of clothes. We go to the gym and work out in order to be able to fit the tight silhouettes we are forced upon by the influence of social media. Well, it is more or less a way of searching for freedom.

Who are you designing for?
Changes within the fashion system and availability have raised many thoughts about the time I am living in. I question the existed ideals and want to shape garments that give spiritual strength to a person wearing those.

Do you think that the designer as such has any obligations towards the customer?
The obligation is to be including using your design. There are a lot of changes happening in fashion right now. Vetements’ designer Demna Gvasalia is one of the prominent examples, where he tries to change the fashion system. I would say it is about questioning the consumer’s quantitative choice as much as it is also a new way for fashion to make money.

Who inspires you in fashion design?
One of my references is Martin Margiela and his way of deconstructing the beauty.

Do you think that haute couture and fast fashion can learn something from each other?
It is such a big contrast between those two. However, I think that the accentuation should be on the craftsmanship for both. Fast fashion could win a lot there.

What is your strength concerning design and how does it help you in your creating process?
My strength is my courage to experiment with forms and to dare to play with textile to achieve the result and the form I have in mind. Thus, it is about a challenge.

Your fashion city?
It is Seoul with its statement looks people wearing, its mix of culture and technology. In other words, all its multifunctionality the city invites you to become a part of.

Your favourite designer?
It is South Korean designer Juun J, who is a master of classic tailoring but applying his skills in a very modern way by playing with forms and in a revolutionary way restructuring habitual silhouettes. In other words, he dares.

If you started your own brand today, what three key qualities would it have?
It is difficult for me to answer because I have not thought that far. Considering that I am still a student I would rather like to work for some brand in order to learn more about the field, what would also help me as a designer. Nevertheless, it would be something edgy and multifunctional.

Does Fashion Week (FW) serve its purpose? Would you like to change the concept?
FW as such is good to have but the question is what purpose the latter should serve. I think it is about the time to question what fashion really is and FW could take the lead in the issue.

Tell me about identity and authenticity in your design.
My design narrates about how the world I am existing in has infringed my integrity. My starting point is the issues I deal with both within the LGBT-community and outside the latter. These are issues concerning peoples’ integrity. The identity of my design is about to justify different images around that field. In a certain way, the world has permeated into our human integrity, what I can clearly see in the works of today’s fashion designers. They have apparently been affected by the consumers. 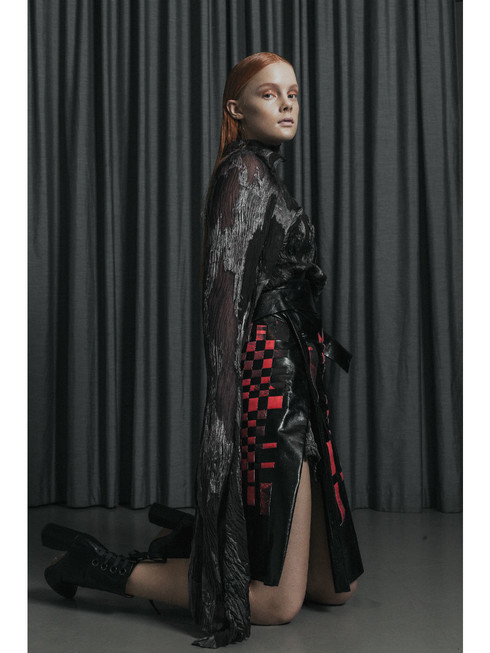 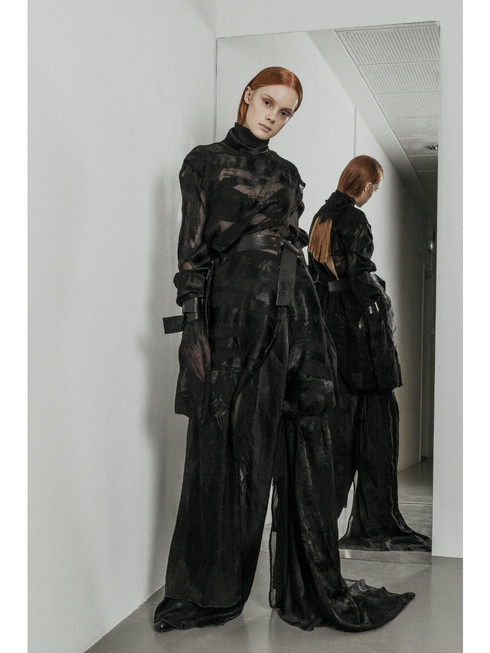 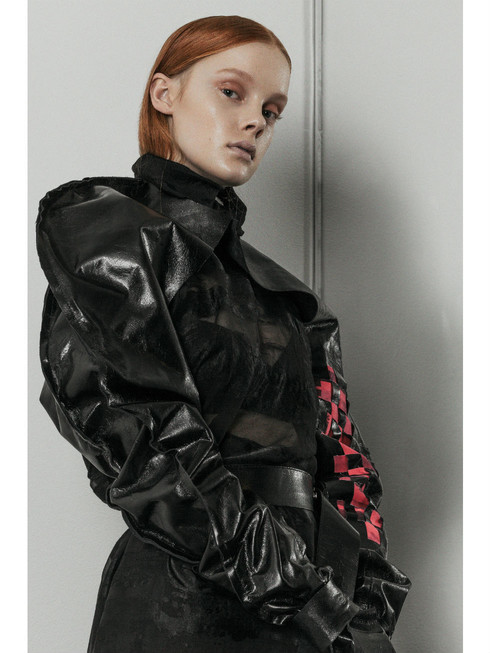 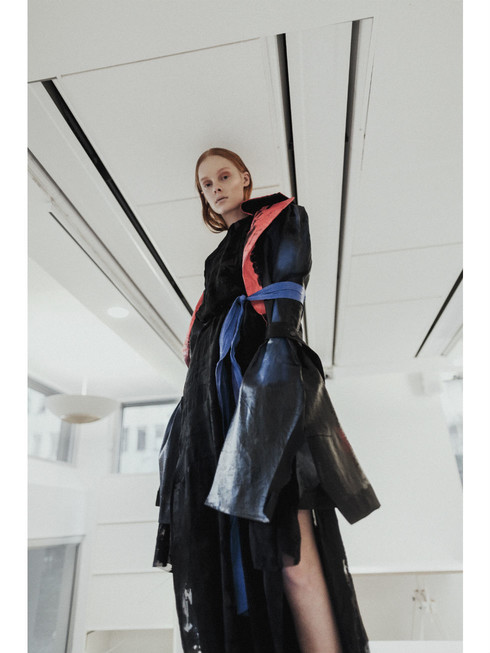 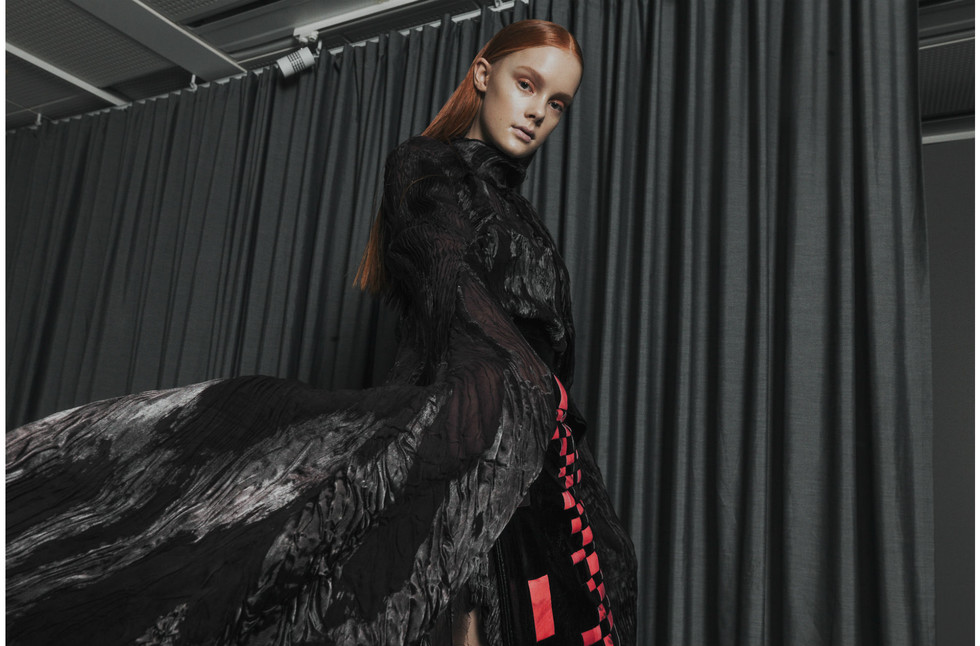 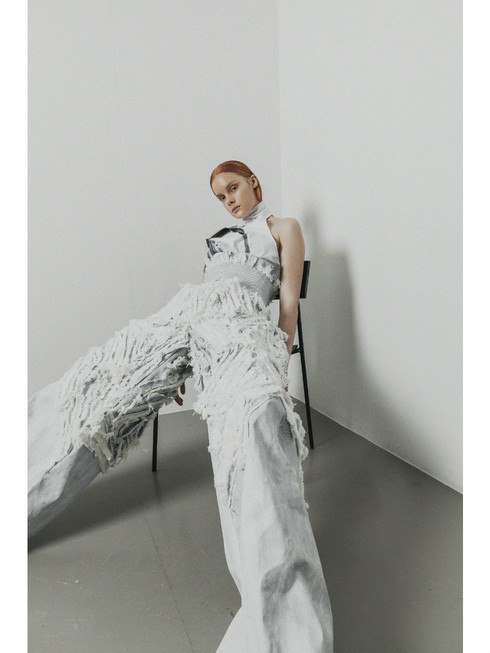 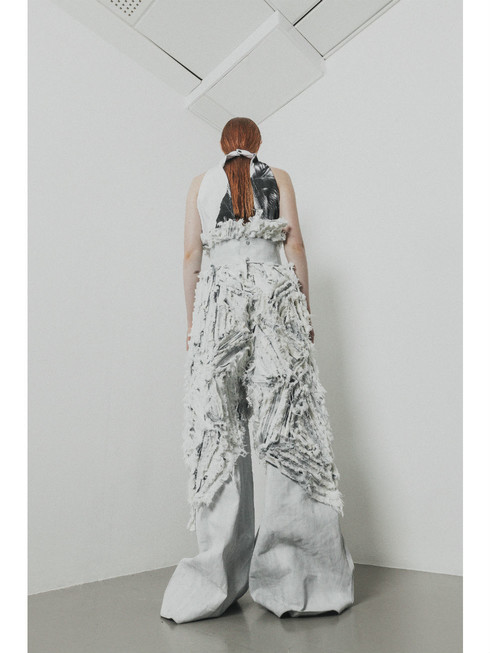 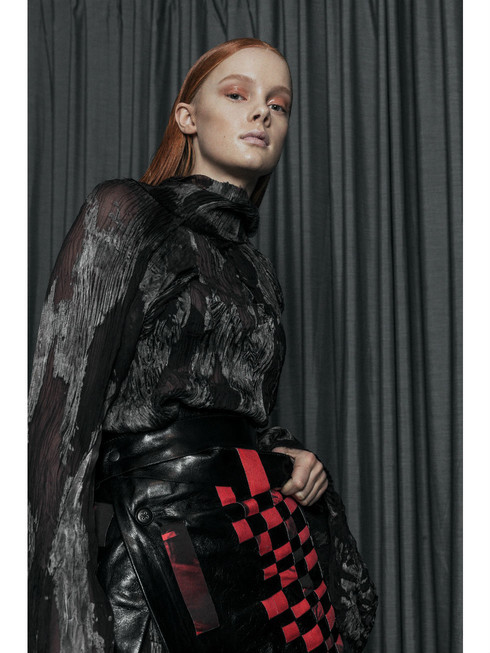 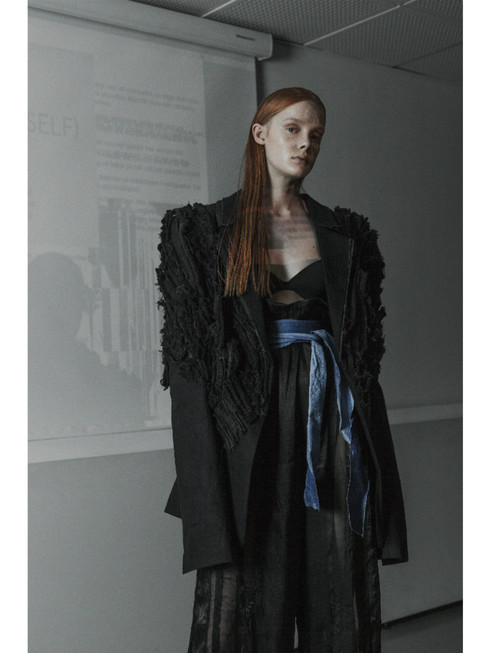