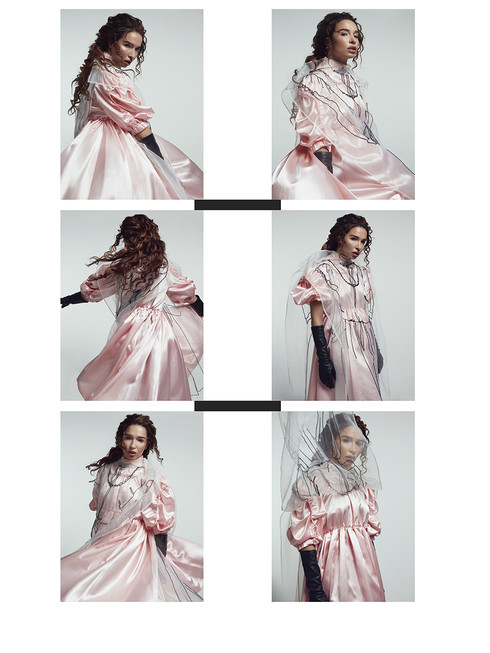 Swedish actress, producer, songwriter, singer and DJ, she’s part of the DJ duet Rebecca& Fiona with Fiona Fitzpatrick. They won a Grammy in 2011 and 2015.

What is your dream project?
Oh shit, I have many dream projects. One of them is to develop my production and writing skills to be able to compose film music. I’ve always been so fascinated by how much music and sounds sets the mood and could change the whole experience of a scene. Another dream is to keep building our record label ‘Big Romantic Music’ and work with upcoming artists, guiding them throughout their creative journey.

How did you become interested in this field?
I’ve been singing since I was a kid. I went to a music school and was always pretty sure that I would end up working with music somehow. But it wasn’t until I met Fiona that I found my way home musically. We had the same interest in dance music and started to DJ and produce almost immediately after getting to know each other.

What did you learn a little too late?
Hmm… I don’t feel like I’ve learned anything too late. I’m still learning and loving every minute of it.

How would you describe your aesthetics?
As performers and artists, we’ve been through many different styles, inspired by the 80’s and late 90’s. We decided early on that we didn’t want to inspire young people to mass consumption or in changing your appearance, but to invest in your interests and finding your own unique style. And the best way to do that is to buy secondhand clothes.

Would you describe yourself as more of a pessimist or a dreamer?
As a private person I’m a hopeless romantic but a pessimist when it comes to work. Probably to be able to get shit done and to not be fooled over by men in the industry swell, haha!

What gives you energy?
Music, friends, family and one or another tasty pasta is necessary for me to function.

What is the best thing about being an artist based in Sweden?
I’m just so happy that Sweden got a political system that allows you to try out creative subjects in school, so that I was able to find my interest early on. After that, I’m happy that people don’t talk that much about what they want to do, they just make it happen. I think that’s why there’s so much great music coming from Sweden. That and the total fucking darkness that is, haha.