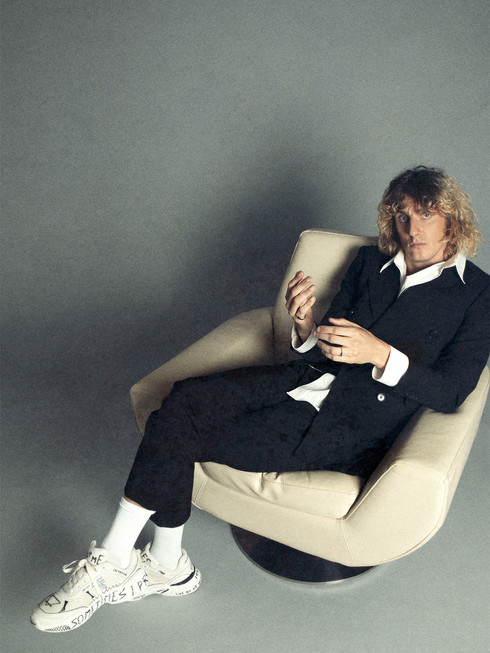 Filip Johnson the singer from Gothenburg also called Jelly Crystal. When it comes to the artist’s name you can really feel the funkiness and how it perfectly reflects him as an artist. After two EP:s and many singles he's finally releasing his first album Freak Show that is as timeless as it is futuristic. This is something we have all been waiting for, and it's as breathtaking as we hoped.

Why music and when did you know it was meant for you to become an Artist?
I think why I chose music is because I feel such an extreme passion for it and I really get to express myself.
It's always been a choice, I got involved in it, by listening to music from a young age because of one of my cousins. I took some guitar lessons as a kid, but I quit since I thought it was too boring. I didn't play in any band until high school, but then I started playing  bass. I think it was there my passion for music grew. I always felt passion for music and movies as well, but I never did take that passion very seriously. My journey as an artist flourished when I moved to Stockholm with my band that we had started in Gothenburg (where I’m from). We played together for six years and I had an amazing time but it ended because we all felt that everyone had such different opinions about how we wanted our music to be. We reached a point where we stood there and said ”we are so happy for our time with each other but we are not made to make music together”, so everyone started to do their own project instead. That was the point where I realised I should just do my own thing and not compromise with anyone else and really be exactly the artist I see myself being.

Tell us the story behind the name Jelly Crystal?
In the beginning, it felt like a silly weird name but nowadays it feels like it fits better than it did in the beginning. I actually was looking for a name for me and my band because we had this really bad one but there are no names left to find. As soon as I came up with something I googled it and it was already taken. But one day I was working at Willy’s the food store and I looked at the candy shelf and I saw this paper package with Jelly Crystal and I thought ”that's pretty cool”. So I searched for the name and there was nothing besides the candy cake that came up, so I took it.

This is the first album you’ve made, how does it feel?!
Super fun, I’m really glad that I've made this album. I felt like I was tired of albums for a long time because many albums often drop with like twenty songs and at some point I even thought that ten songs were too much. I didn't like the idea of albums also because I wasn't getting invested in each song and just scrolled by to hear the next one. I think that’s the main reason that in the past I only released EP:s and also singles. But then I thought if you want to do more of a concept you need to do an album, also for publicity and to get people to write about it. Especially nowadays people are so into albums, I don’t know why and I think It's silly but at some point, you also have to grow with the world we are living in to involve more people in your artistry.

Can you please tell me more of the song Someone's dog, how come it's the only one that was recorded live besides Never Met a Cloud That I Didn't Like?
I think a big reason why the song is recorded live is that I haven’t been using a studio that much where we could record everything in. Also Someone's dog is the only song that’s recorded with another guy, Robin Eveborn, the rest of the album is recorded with my producer Jarkko Heiniö. Robin also plays with me in my band and we just decided to use different recording techniques. The song is about a friend of mine and we were at an afterparty talking about relationships in some way and he dropped this really funny comment, he said:'' yes we are all someone's dog”. It's basically exactly what he said and that we do whatever it takes to please another person, this time in a bad way when someone has taken over the whole relationship but you're in some way too weak to speak up or leave.

Listening to “I Don’t Like Dancing” is it something you actually don’t like or is there a message behind it?
Sometimes I can really enjoy dancing but I’m not much of a dancer. Yes you can call it a hidden message because it's true.

What is the thing you enjoyed the most when making this album, any particular moment you have close to your heart?
I have been enjoying it all very much, just to be able to release my music I think is very exciting. I haven’t really been thinking of this album as a concept album, I've just been writing songs and enjoying the process overall. But it’s also fun when you feel that you've nailed a song. You get so excited and proud, you just want to continue doing music when that feeling hits you. I wouldn’t say I have any particular moment because I feel like it's the small feelings you get on the way that matters the most.

How has Corona affected you as you haven’t been able to perform at any live concerts?
It hasn't affected me nearly at all, like the song ” I Don’t Like Dancing”. But of course I miss doing close preferences and it's sad not to get in live contact with people who appreciate my music, that’s the only thing I feel has affected me. But to be honest, somehow it has affected me positively as I have had time to really focus on my music, also I have already started to make my second album.

Do you have a muse in your artistry?
I have always thought my muses are the people I am surrounded by. Many of my friends are musicians and they really inspire me. It doesn't even have to be musicians specifically, but people and different characters, I see them as my muse.

I love your style, are you a fan of experimenting with your style, or is it set in stone?
- Favorite brand?
- Piece of clothing?
My style is not set in stone as it shifts a lot. One day I feel like I would love to wear hip-hop stuff and the next day I may want to be a punk, I don't follow a pattern. Furthermore, I don’t put that much effort into my style. I definitely love clothes but I’m not a shopping person exactly, or someone who visits fashion sites but I like to find new styles and experiment, I just do it as it comes.
My favourite brand is Lotto. I remember getting a pair of lotto shoes for soccer and I was so ashamed of them since I thought they were a little strange. Nowadays I love the brand and I feel proud of my shoes. I also think the brand should do more stuff, I would love to have a Lotto tracksuit, that would be something!
Like I said before, I switch a lot in my style but I always come back to suits. I love suits! It's like a really sexy fancy piece but still comfortable like pyjamas. But also since I was a kid I have been obsessed with shoes. I can remember people's shoes way back because I look at them and in some way can read what kind of person they are depending on their shoes.

Are you someone that likes to follow trends in how to dress? What's your opinion about it?
I kind of like it but I’m always too slow to follow them. So if there’s a trend I’m always like six months too late and then I’m coming like oh now I bought this one that everybody had a year ago. There is a downside to trends also, I don’t like when people get too intensely invested in a trend that goes overboard so they only buy stuff that they don’t even know if they like, they just have to have it. I definitely don’t like it when it doesn't feel real and you can see through it. I’m a poser myself but I dislike when it feels fake and wrong somehow.

If you could do a duet with someone that no longer lives, who?
Frank Sinatra. 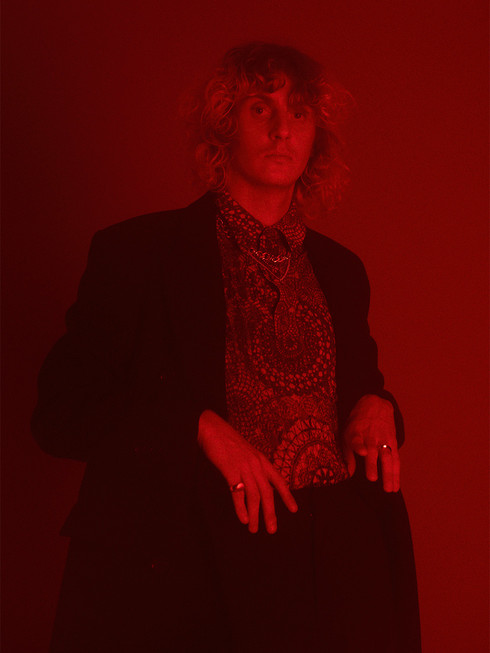 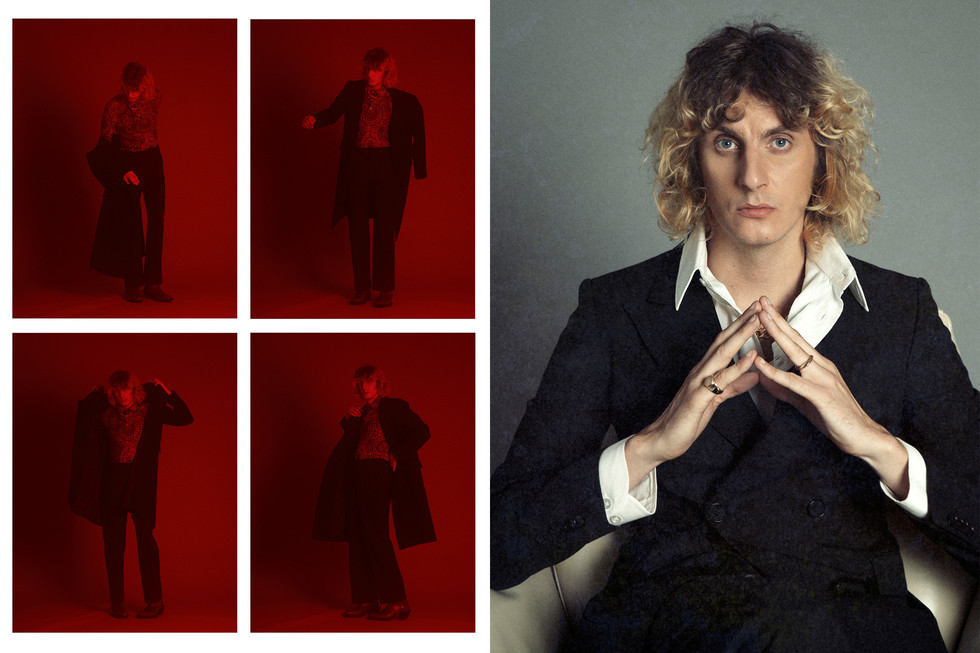 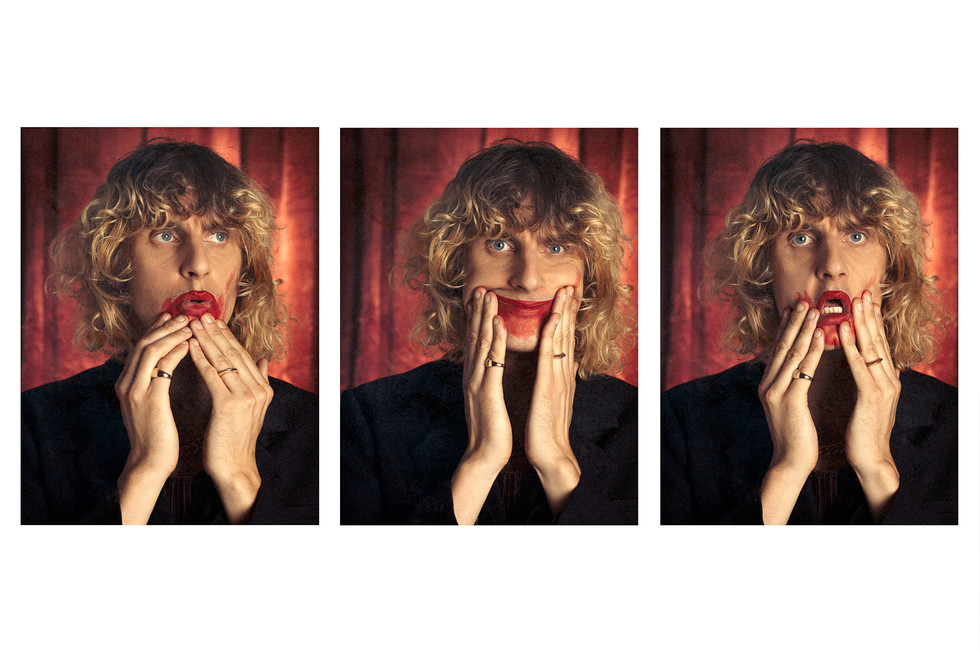 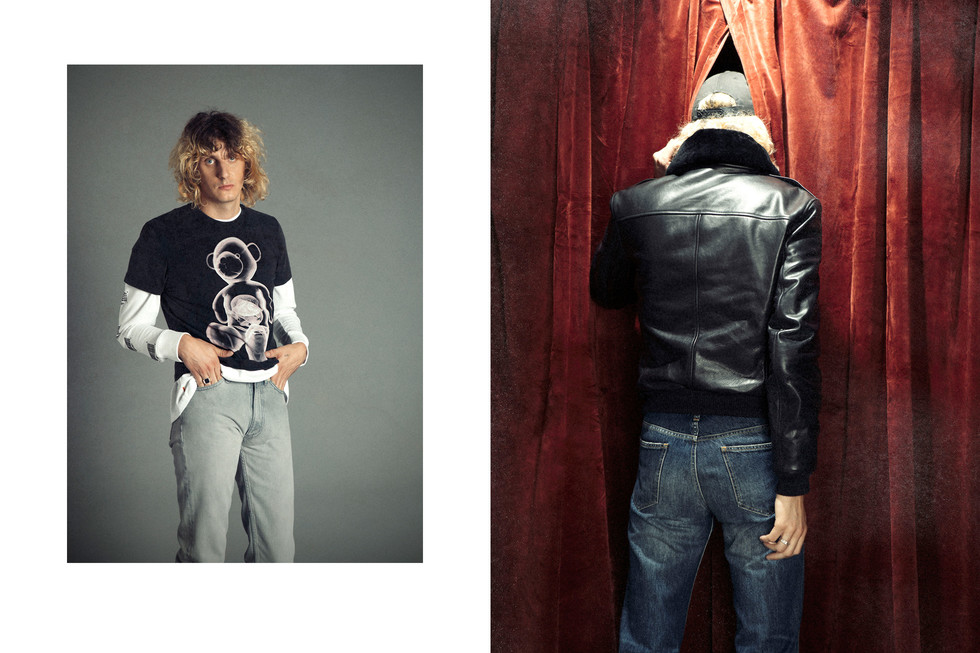 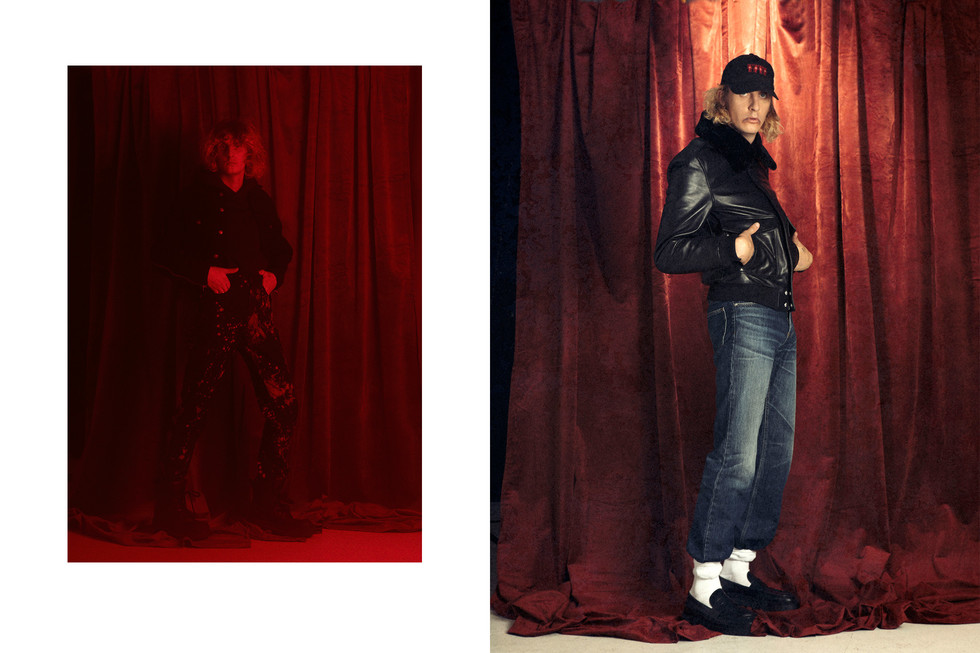