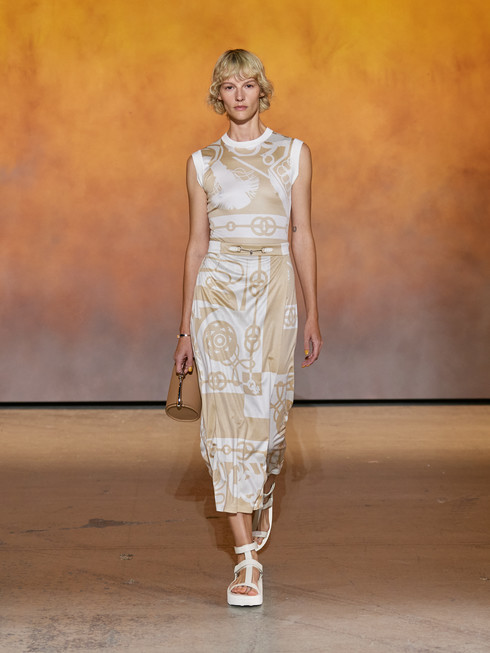 Get ready to fly!
Nadège Vanhee-Cybulski, Hermès Creative Director, took everyone to Paris-Le Bourget Airport for this show. For her, it was always a priority. She wanted a space at once monumental and open-ended. I understand why it had to be Le Bourget as it was in 1927 Charles Lindbergh landed here in “Spirit of Saint Louis” after having flown across the Atlantic where he was greeted by 200,000 people cheering him over this great achievement. In a way, it feels the same, being able to travel again and see new places, quite monumental in fact.  And please, no flight shaming here.

Another Parisian Art Commission - Panoramas
As L’Arc de Triomphe was just commissioned and wrapped by the duo Christo and Jean-Claude, Flora Moscovici was commissioned dually for this show to create the background art scene called Panoramas. “Her way of using color to transform public spaces in Paris meshed perfectly with the thought processes my team and I had been engaged in since the pandemic, we aim to renew the fashion show experience. Choosing Flora was an obvious choice: I needed something light-filled, solar, an intensely physical approach to painting…Flora’s work reinterprets those colors of the collection while transforming the Le Bourget,” says Nadège.  As the models walked past these sliding panoramic panels of mixed orange horizons,  playing off the signature Hermès orange, one starts dreaming of summer sunsets again.

Hermès gets hot!
As Swedish model Nora Svenson (look 8) appeared, my heart skipped a beat and I said “That’s hot!”. She was wearing a black leather bustier dress contouring her body and a perfectly placed halter. I loved the sexiness and at the same time the comfort of the flowing skirt with a drawstring pouch-inspired waist. And the brown version was just as delicious. The look was paired with a pair of strappy sandals in black calfskin with ultralight rubber sole and “H diamant” buckle detail. They also came with tone-on-tone leather socks which are already added to my must-have list. And there were plenty of crop tops, bralettes, halter tops, and bustiers making us feel more sensual in casual looks. Add to this the newest addition to the Hermès bag family, the Maximors bag.

And, that was hot! 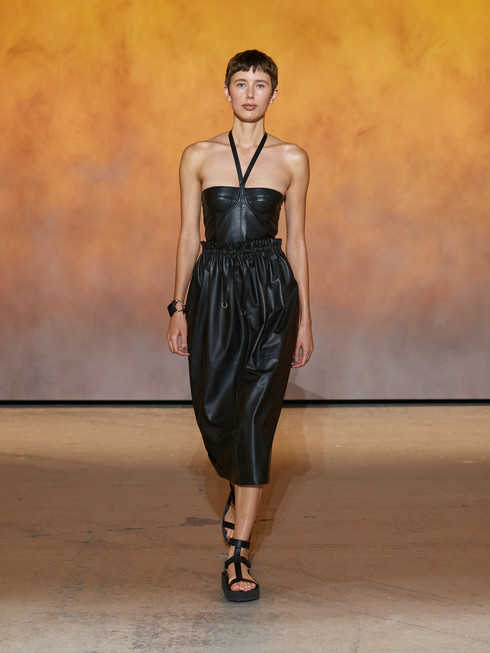 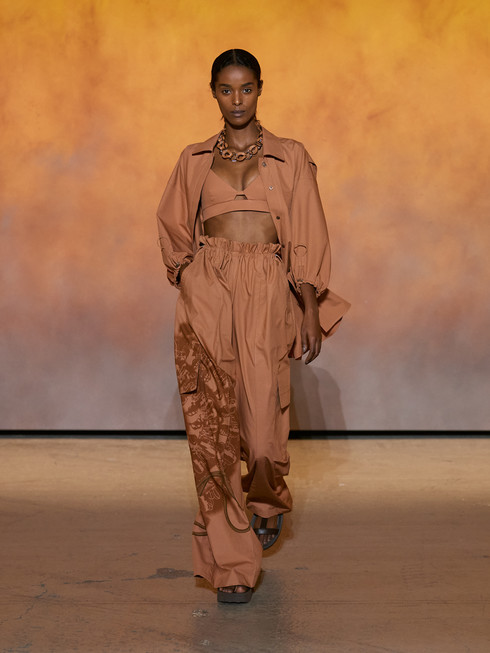 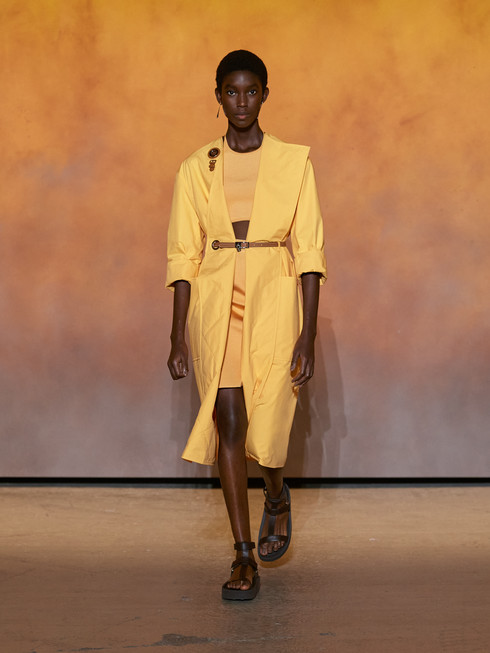 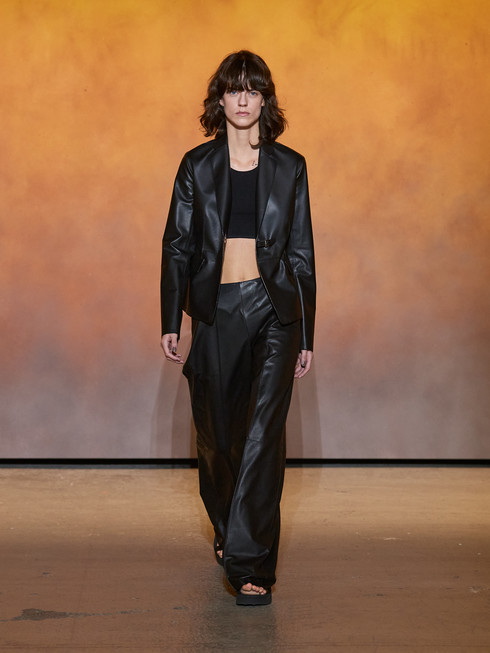 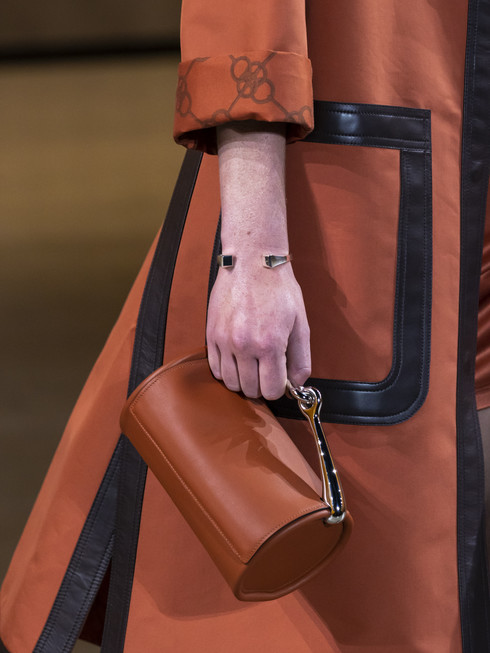 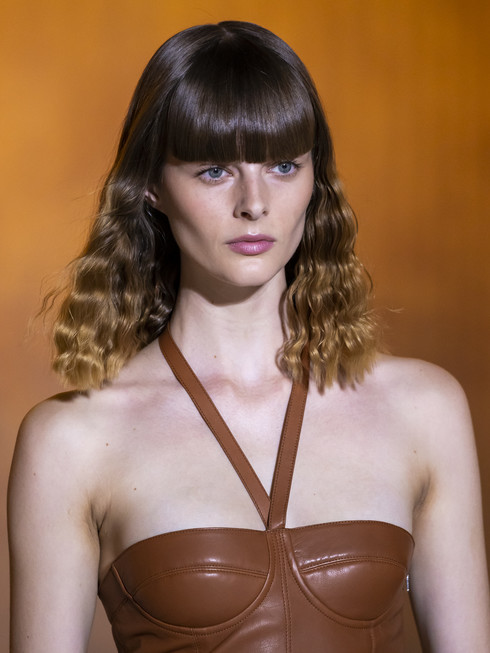 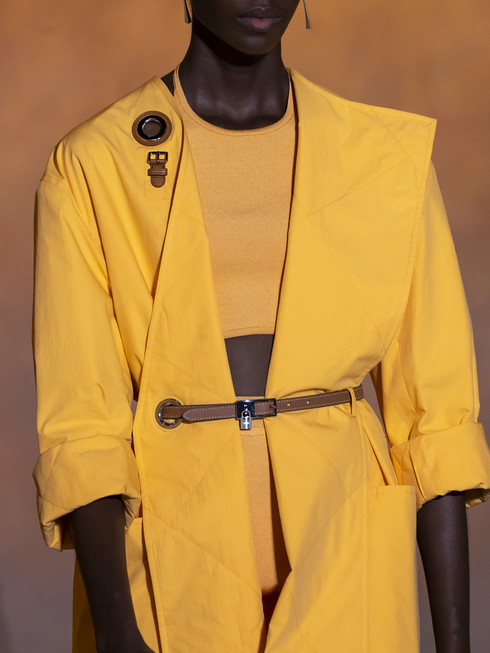 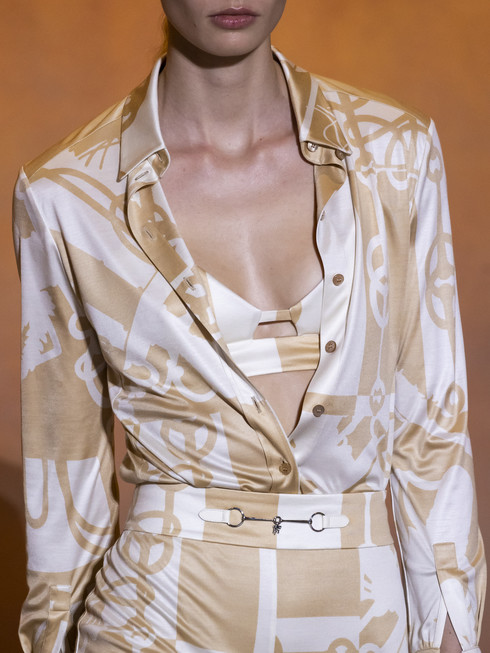 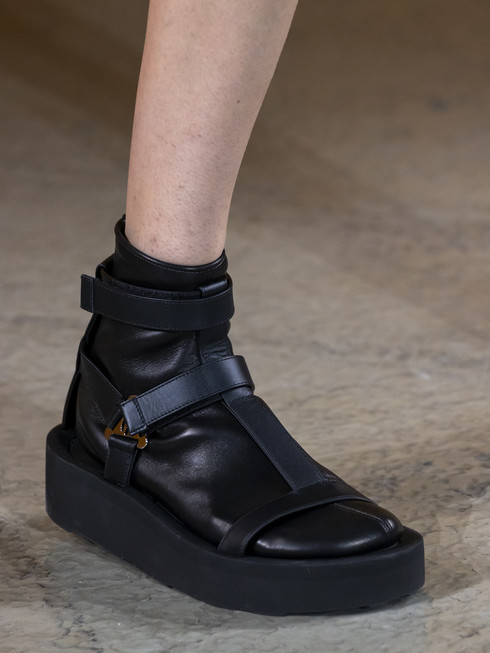