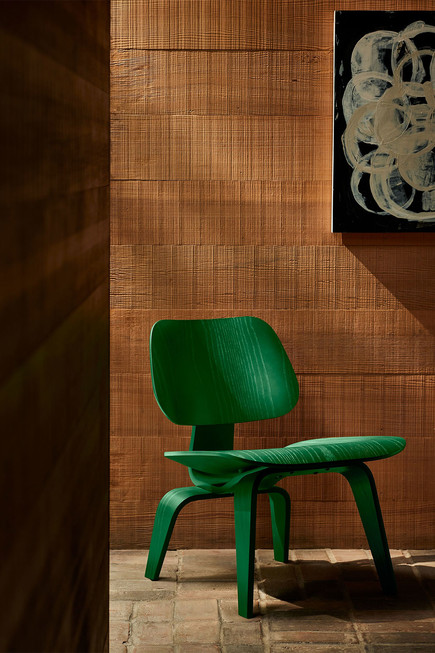 In celebration of HAY‘s 20th anniversary, Herman Miller has joined forces with the Danish design brand to rework eight classic pieces from the iconic Eames collection. The Herman Miller x Hay collection consists of the ‘Eames Molded Plastic Chair’, the ‘Wire Chair’, ‘Wire Base Low Table’, the ‘Universal Base Round Table’ and ‘Hang It All’ coat rack that all don playful new shades such as toffee, iron red, indigo, mint green, powder pink and powder yellow. Hay’s version of the ‘Eames Molded Plastic Chair’ is notably made from 100 per cent post-industrial recycled plastic. Mette dived into Herman Miller’s archives to select the tones with the goal to modernise its approach to colour without recreating it entirely.

“With this collection, HAY thoughtfully reimagines Eames classics in a forward-thinking, first-of-its-kind collaboration. A unique vision of color, the evolution of thoughtful materials, and a beautifully interconnected story of design partnership harnesses the enduring spirit of Herman Miller,” Herman Miller’s president Ben Watson shares in a press release ''…If you look at a product like the Aeron Chair, there’s only one company that could develop a chair with such complexity — and that’s Herman Miller. It takes a strong passion for design and a pioneering legacy in production.”

The collection will be avaible globally across North America, South America, Asia, Australia, and Africa. 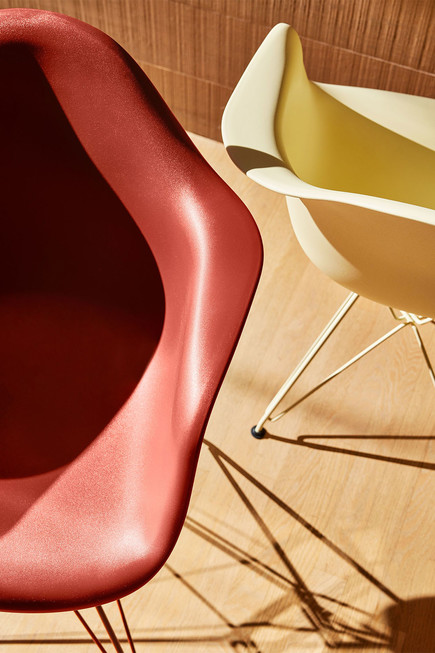 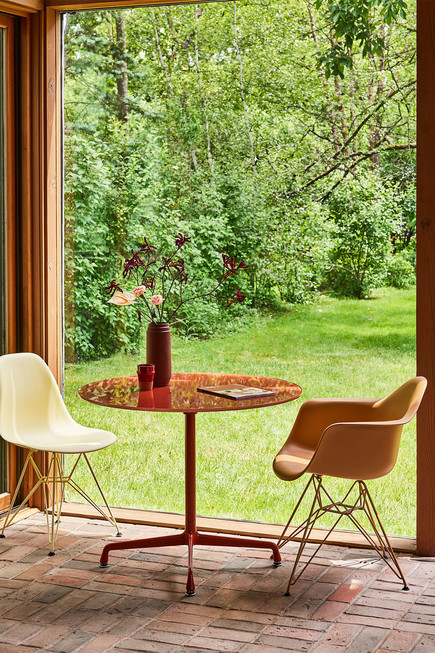 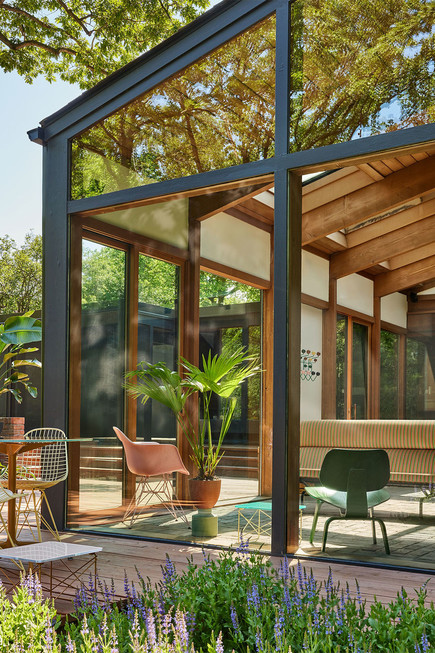 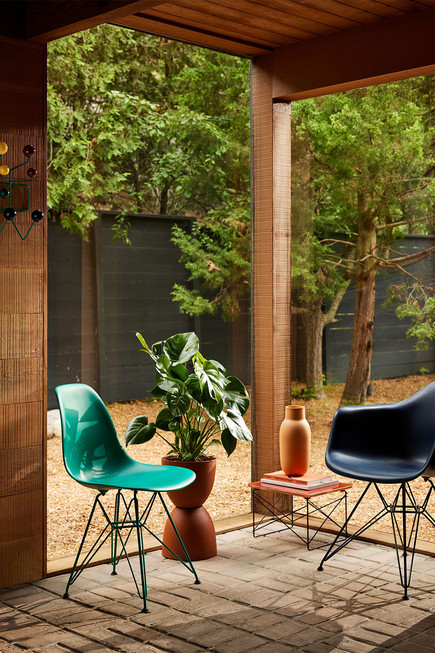 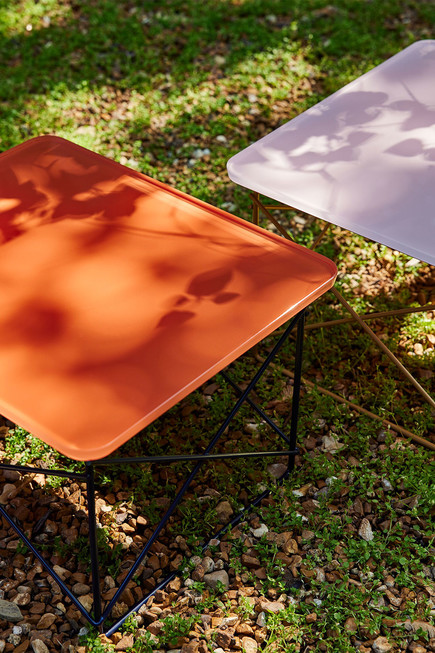