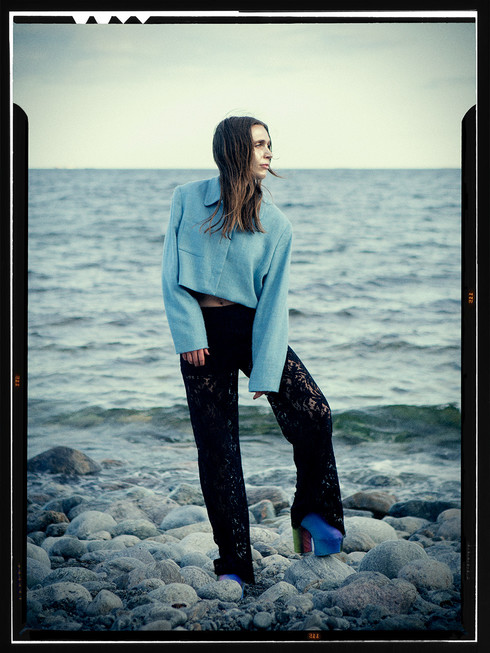 Miynt’s Fredrika Ribbing believes in the purity of interpretation where she allows her music to be translated into a unique experience filled with magical substance. As a listener you get to experience a liberated sound, where the music described by the artist herself is similar to a life without routines. The pure feeling of the moment acts as the guiding light. Her musicality and artistry is organic, confident and joyful which mirrors her work. Let the melodies create an endless soundscape of wander in a summer hazer together with Miynt.

How come music as an art form has interested you?
I’ve always been drawn to music and it’s always been around at my house growing up. My dad is a big consumer of music and I tuned into that as well. He is a big David Bowie fan and that made me a big Bowie-fan too.

Can you hear and sense any differences in your songwriting when you look back at your journey?
I think that there is a difference skill-whise, for the simple reason that I know more now. But when it comes to melodies and what sounds I’m drawn too, it’s kind of the same. The biggest reason is how I feel about the project. In the beginning I thought that Miynt needed to represent the whole me musically, which is a lot of pressure to put on a project and especially when you are going to release your first song. I think I’ve managed to change that perspective and today I view my music more as an extended version of myself that can sound in a lot of different ways.

What made you let go of the mind ghost and be able to start releasing music on your own?
When I lived in London I used to go for long walks in Victoria Park comparing my demos to some of the worst songs I could think of. While listening to these songs it gave me some sort of kick like “damn maybe I can make music after all”. When I moved back to Sweden I shared my music with a friend for the first time and that really helped me gain the confidence to view it more like something real. To get that first positive response was really important.

What advice would you give your younger self?
I used to have this idea that I couldn’t sing, and it took a while for me to understand my own voice. I would tell myself to stay focused on making music rather than analyze it. And to stay calm and trust the process of time.

In our time people tend to highly value external affirmation, could you describe your relationship towards that?
It’s kind of a weird thing to relate to and I’ve been thinking about that quite a lot.
I think for me personally, writing music is so attached to the joy and love for that specific process. To create something out of nothing is the most exciting thing there is. That is the foundation of why I even started making music in the first place, but when you seem to get more likes from a selfie rather than a post about releasing new music, it makes you a bit confused. I really don’t have an answer on how to relate to it. The value can’t be in the response. I guess they can co-exist as long as the like- culture doesn't interfere too much with the creative process.

How do you keep yourself grounded?
I try to have some sort of balance, it’s an ongoing project. But in general I try to fit in some nature and some friends and family. I take a lot of long walks and that’s been kind of the way I clear my head.

Do you consider it important to tell the listeners about the meaning of your songs or can the music sometimes speak for itself?
I don’t really feel any need to control how others are going to comprehend my music and I’m not a big fan of talking about the story of my music in general. I think that it’s amazing when a song can live on and be translated into a new history with a different meaning for that specific listener.
There is some sort of obsession with clarity which I don't agree with. It’s like we don’t trust people to be able to comprehend if the individual doesn't know exactly what to look or listen for.

What can we look forward to?
I’m working on my next release at the moment. It feels very exciting, there are a lot of songs that are supposed to get down to at least half. I’m trying to make the theme both clear and diffuse. There might even be a song out quite soon who knows.. 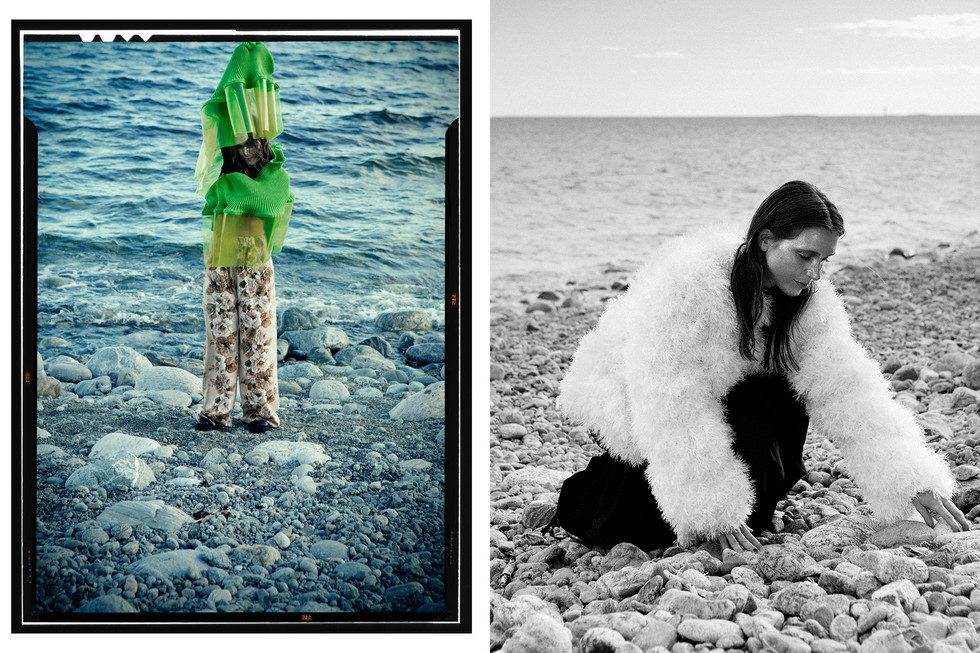 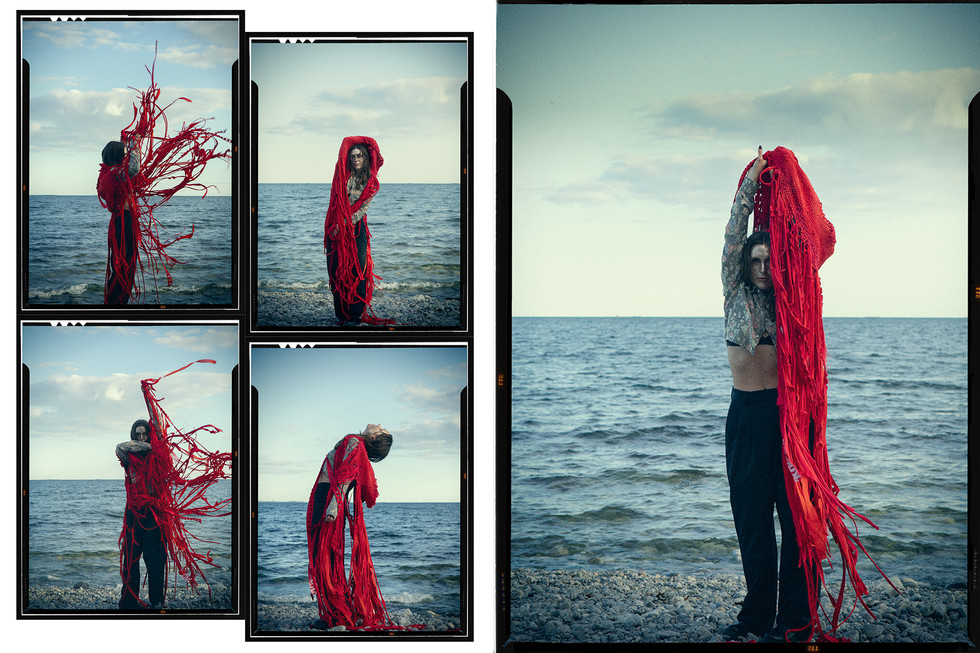 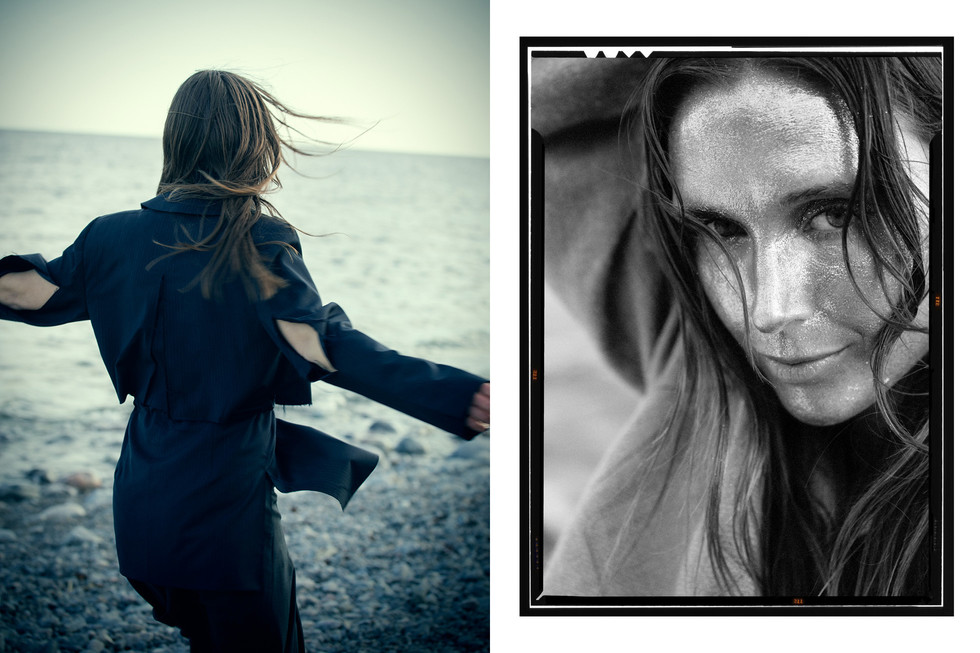