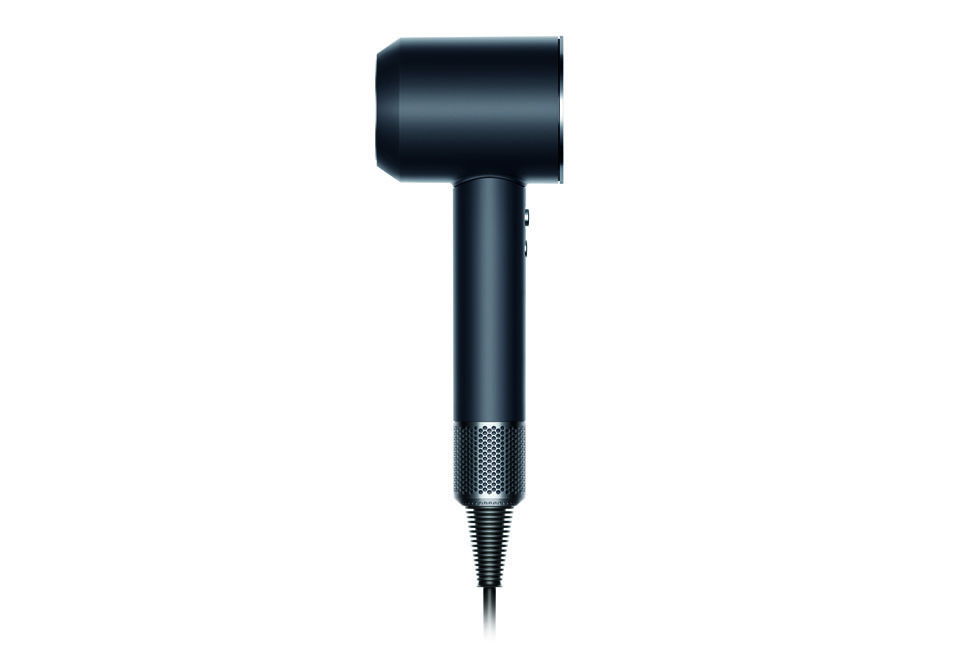 Hair dryers can be bulky and difficult to manoeuvre, can blast air at high temperatures, which can cause extreme heat damage, all with the risk of hair being sucked into and trapped in the filter. Dyson engineers set out to rethink the hair dryer.

The Dyson Supersonic™ hair dryer uses a fast but focused airflow, is engineered for balance in the hand and intelligently controls the temperature to help protect hair from extreme heat damage.

James Dyson: “Hair dryers can be heavy, inefficient and make a racket. By looking at them further we realised that they can also cause extreme heat damage to hair. I challenged Dyson engineers to really understand the science of hair and develop our version of a hair dryer, which we think solves these problems”

Hair science
Dyson has invested £50 million in the development of the Dyson Supersonic™ hair dryer including creating a state of the art laboratory dedicated to investigating the science of hair. Dyson engineers studied hair from root to tip, understanding how it reacts to stresses, how to keep it healthy and how to style it.

Over four years they tested the product on different hair types and built test rigs which mechanically simulate hair drying techniques – which can differ around the world. To date over 1010 miles of real human hair have been used in testing.

Motor enabled
The Dyson Supersonic™ hair dryer is powered by the patented Dyson digital motor V9, created inhouse by a team of over 15 motor engineers specifically for this machine. It is Dyson’s smallest, lightest, most advanced digital motor.

It is up to eight times faster than other hair dryer motors and half the weight1. In addition, because the Dyson digital motor is engineered to be powerful yet compact it is small enough to be positioned in the handle rather than the head; because of this the machine is engineered for balance. Most conventional hair dryers have the motor in the head of the machine.

Helps protect natural shine
Some conventional hair dryers can reach extreme temperatures, especially when held close to your head. This can cause extreme heat damage to your hair. The Dyson Supersonic™ hair dryer has intelligent heat control, helping to ensure hair isn’t exposed to excessive temperatures. A glass bead thermistor measures the temperature 20 times a second and transmits this data to the microprocessor, which intelligently controls the patented double-stacked heating element.

Fast & focused
The Dyson Supersonic™ hair dryer uses Dyson’s patented Air Multiplier™ technology. The volume of the air drawn into the motor is amplified by three due to this technology, producing a high pressure, high velocity jet of air. 1Compared to the 10 bestselling hair dryers in Japan, as of March 2015. Traditional hair dryers can sometimes have a weak airflow, meaning they are slow. Others can have strong airflow, but it is not necessarily controlled. The Dyson Supersonic™ hair dryer creates a focused jet of air, angled at 20° for controlled, precise drying and styling. Allowing you to dry and style at
the same time.

Acoustic engineering
A team of Dyson aero-acoustic engineers sought to understand how the acoustics of this machine could be optimised. By using an axial flow impeller inside the motor they have simplified the pathway of the air reducing turbulence and swirling. And by giving the motor impeller 13 blades instead of the usual 11, Dyson engineers pushed one tone within the motor to a sound frequency beyond the audible range for humans. Also, because the motor is small and compact they have been able to embed it in the handle, surrounded by acoustic silencers to further reduce sound. The Dyson Supersonic™ hair dryer is a hair dryer engineered to reduce noise, without compromising on speed.

Settings and Attachments
The Dyson Supersonic™ hair dryer has four heat settings, three airflow settings and a cold shot too. Dyson engineers have created three precisely engineered magnetic attachments, with 16 patents pending, to further control this airflow allowing you to achieve a range of different styles.

- The Dyson engineered smoothing nozzle dries hair gently, using smooth, wide air, allowing
you to dry and style at the same time.
- The Dyson diffuser is engineered to disperse air evenly around each curl. It simulates natural drying, helping to reduce frizz and improve definition.
- And the attachments remain cool to the touch. Using Heat Shield technology the hot air is contained within a sandwich of cold air meaning the surfaces of the attachment stay cool.
- Being magnetic, each nozzle is easy to attach and adjust.
- There are multiple settings including constant cool to set your style; four heat settings, three airflow settings and a cold shot too.

Dyson general:
- 75: Dyson machines are sold in more than 75 countries.
- £1.5 billion: Dyson has committed to a £1.5bn investment in future technology. £250 million investment in facilities this year becomes real when the Malmesbury Campus opens. We are developing four new portfolios of technology, and will launch 100 new products around the world in the next four years.
- £5 million: Dyson works with over 30 universities worldwide to develop early stage technologies, including a £5m investment in a joint robotics lab with Imperial College, London.
- 6,000+: Dyson employs more than 5,000 people worldwide, a third of who are engineers.
- 1995: Dyson sold its first cylinder vacuum cleaner, DC02, in 1995. This was two years after the first Dyson upright vacuum cleaner, DC01, went on sale.