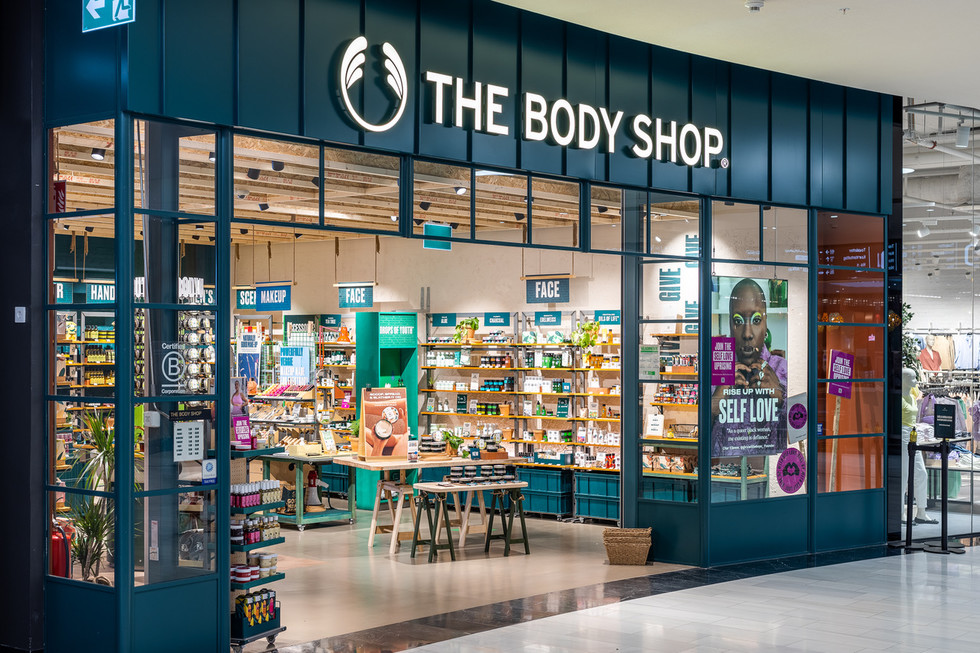 23% of young girls in Sweden have been subjected to violence in their relationship *, which is a clear figure that strong measures must be taken to stop the pandemic that men's violence against women actually is.

Therefore, The Body Shop chooses to talk about completely different numbers than offers through its own interpretation of Black Friday. During the Black Friday week, the activist beauty company will use all stores and digital channels to talk about the figures that really matter and about the pandemic that men's violence constitutes in Sweden and the world, in collaboration with ungarelationer.se.

By creating an outstanding connection between Black Friday and its classic sales language, with frightening statistics about men's violence against women, eye-catching posters will take place in the windows of all stores and in all digital channels in Sweden between 22-28 November.

This week (November 25) also marks International Day Against Men's Violence Against Women, also known as Orange Day Internationally. The Body Shop, which has been #Kvinnostrejkat every Friday since the spring of 2021, will this day take it a step further and manifest its attitude with a blackout strike. All stores in Sweden will shut down at 15:00 and store staff will come together with customers who want to show their support and to point out that men's violence has gone too far and that we want to see stronger measures to overcome the problem.

- The Body Shop has always started conversations and we want our stores to be a place where we can talk about environmental and human rights issues where we feel we can make a difference. Men's violence against women is a pandemic in the world and in Sweden and we as companies are affected by it in so many ways. Not least because we know that a third of all female colleagues will be exposed to violence during their lifetime. Blackout strike and dedicating Black Week to this burning issue is one of the things we do to actively take a stand.

COUNT THE NUMBERS THAT MEAN SOMETHING

The Body Shop raises the issue of men's violence against women, starting with boys' violence against girls in all its channels, and by encouraging customers and colleagues to take the awkward talk with everyone around them, to find out about the statistics of women's reality and exposure to male violence.

Through three different donation mechanisms, money is collected for ungarelationer.se and their vital work to ensure that young people have non-violent relationships. The Body Shop will also ensure that customers and employees have access to sources of advice and support. In the end, the brand uses its full power to reach out to key decision makers who can make a difference.

The Body Shop has been campaigning to stop gender-based violence since 2003 and last year the company donated as much as SEK 737,000 to child relationships. see and their important work for non-violent relationships. The Body Shop and ungarelationer.se have worked together since the spring of 2020

During the No Black Friday week this year, in addition to the donation that is part of the fourth quarter's campaign, The Body Shop will match all customer donations with the corresponding amount.

But how does it work for companies that opt ​​out of Black Friday or Black Week as it has become when the shopping spree has intensified year after year. What kind of loss does it mean and what are the benefits of the decision to drop out of Black Week?

Eva Lemark, Head of Retail, shares her views based on last year's results:

- When we made the decision to say no to Black Friday, we estimated a relatively large sales loss. Instead, it turned out that we only lost 50% of that estimate. Consumers who were out for Black Friday bargains chose to visit our stores anyway, many very curious about our approach with activism in focus and we received very positive feedback from very many customers that we chose to stay out of the consumption hysteria that prevails during this period .

What we could sum up afterwards were savings in the form of costs and a great relief for our staff. With a smaller flow of goods, we saved both shipping costs, logistics costs such as unpacking and refilling in the store and also our staff's work environment which became more positive in relation to the stress that easily arises when a large amount of goods has to leave the store in a few days.

When Black Friday grew in popularity in Sweden, the sales curve changed. Instead of an evenly growing curve up towards Christmas Eve, we saw a peak during Black Friday which was then leveled out. The end result did not differ enormously from before, but the buying pattern changed and margins were affected. Last year, we saw a return to the previous curve and customers once again spread their purchases over the entire peak period until Christmas Eve. Instead of making quick purchasing decisions to take advantage of an offer, it opens up for making thoughtful purchases.

The No Black Friday week at The Body Shop starts on Monday 22 November and will count the numbers that really matter.