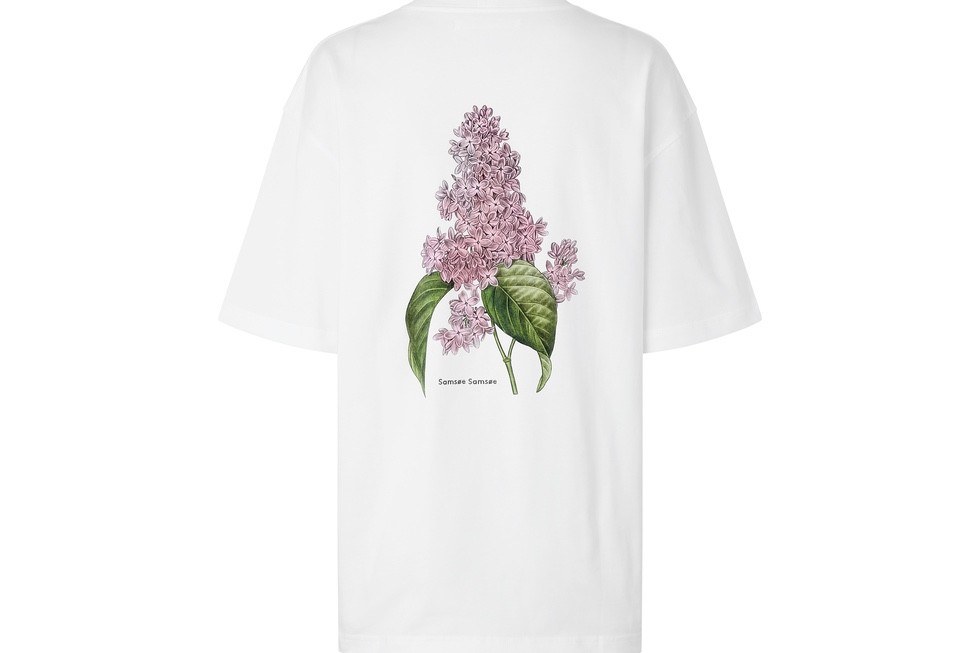 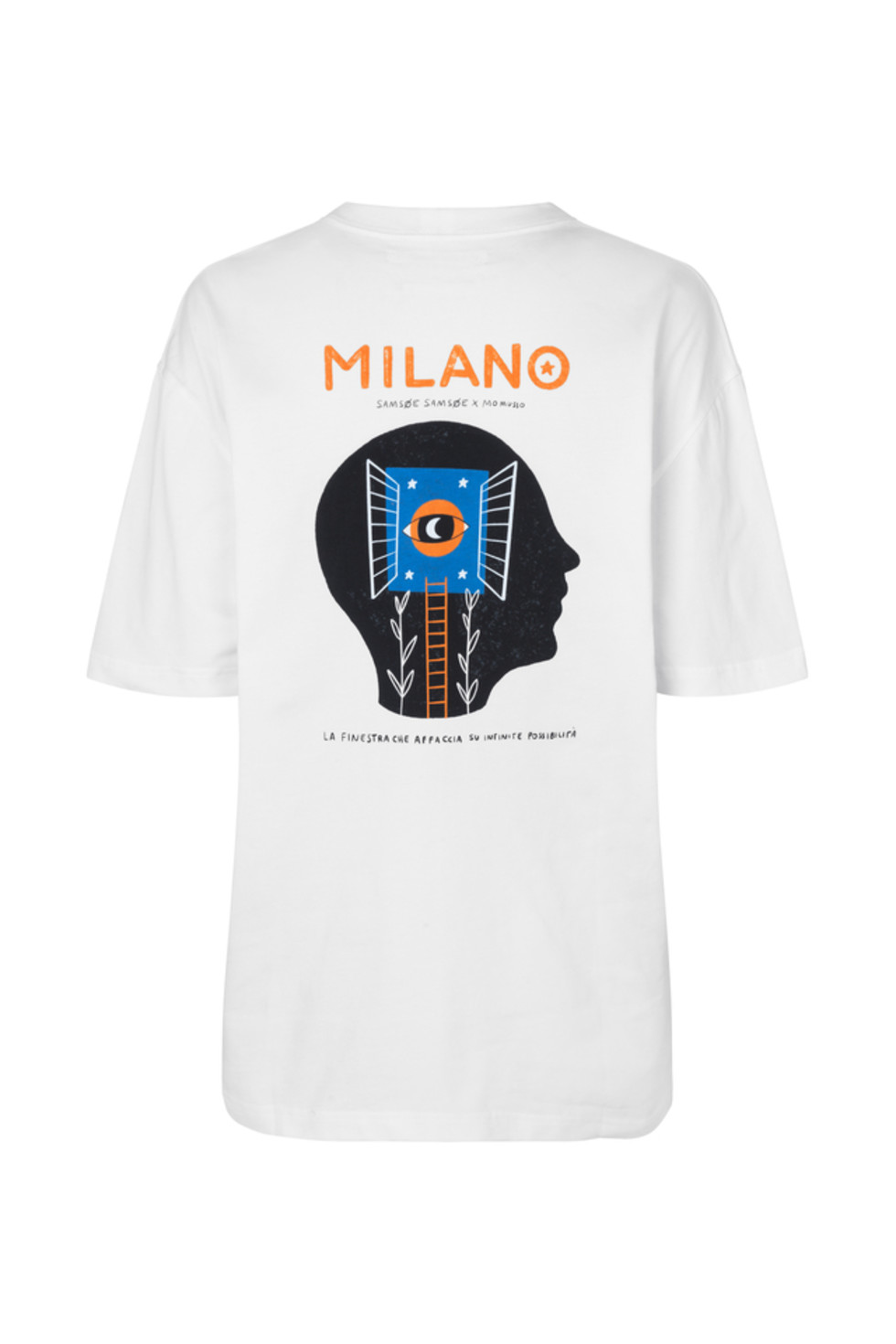 Samsøe Samsøe continues to work on small capsules each season, where items are not graded by any gen-der. The unisex collection has included software as well as poplin sets (shirts and pants) before – but this season, the brand chose to focus on a loose shaped t-shirt, that’s the perfect fit for all summer occasions, as well as introducing eye catching prints made by care-fully selected artists – where inspiration behind every print comes from the roots of their origins.

MARTINA LORUSSO
Martina Lorusso, aka MOMUSSO, is an Italian illustra tor, who focuses her work on creating pop emotional  visuals. Though originally form Umbria (central Italy),  she is based in Milano. She describes the city as “LA  FINESTRA CHE AFFACCIA SU INFINITE POSSIBIL ITA”, which translates to “the window that overlooks  over infinite possibilities”.

FARAH ALIMI
Farah Alimi is an illustrator and painter based in Mar seille, France. She began drawing in 2020. Over time  she has returned to her memories of Damascus, Syr ia, where she’s from. Her works often portray and give  glimpses into the rich culture of Syria with its climate,  population, and traditions. This printed and embroi dered t-shirt is a celebration of Damascus – Farah’s  birth place.

SINE JENSEN
Sine Jensen is an illustrator based in Copenhagen.  Primarily creating naturalistic pencil drawings, Sine  works for both national and international magazines  and exhibits her works when timing is right. Inspired  by the iconic Copenhagen lakes and Sine’s portrayal  of it – she gives us two motifs on this t-shirt. The  back piece shows us a bouquet of lilacs’, which grow  alongside the lakes, whilst the front piece shows a  “Københavnerstang”, a very classic Danish ice cream  that Sine likes to enjoy on hot summer days when  walking around the lakes.