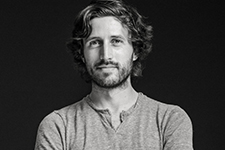 .Aaron Smith was born and raised in Kansas City. His creative interest first began when he turned his bedroom walls into a drawing board.A few years after picking up his first skateboard he picked up his first camera. Both of them blended together and it shaped his photography into what it is today. During high school and college he began getting photos published in the magazines he grew up reading. After finishing school, Aaron and his wife moved to California where Aaron became a staff photographer for the late Skateboarder Magazine. He traveled the world experiencing and photographing the global culture of skateboarding and everything it had to offer.Aaron and his wife Lwany both live in Santa Monica with their dog Kansas. They work frequently together on different advertising and editorial jobs. His unique take on lifestyle, portraiture and fashion derives from his years of experience in the skate industry.