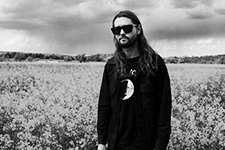 Brandon Harman grew up on an almond farm and cattle ranch in Northern California, with dreams of becoming a musician. After moving to Seattle in the 1990s, immersing himself in the city’s exploding underground music scene, Harman put down the guitar and picked up a camera.
Fifteen years of industry experience later, including a decade in New York working in commercial and fashion photography, he has amassed an impressive discography of work, friends, taxidermy, wool blankets and passport stamps. Brandon is a photographer currently living and working in Los Angeles, California.