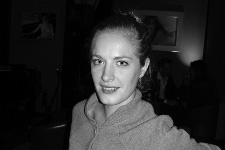 Polly Morgan was born in Banbury, Oxfordshire in 1980.

In 1998 she moved to East London to read English Literature at London University. As an undergraduate she became acquainted with many prominent artists working in the area, and inspired by their example she took up taxidermy and began making sculptural work in 2004.

Having studied with Scottish taxidermist George Jamieson, Morgan began to play with and dismantle taxidermy traditions, creating sculptures that brought her work to the attention of many notable collectors and curators both in Britain and internationally.

The Exquisite Corpse – a Reconstruction project, 2007.

Polly Morgan continues to live and work in London.