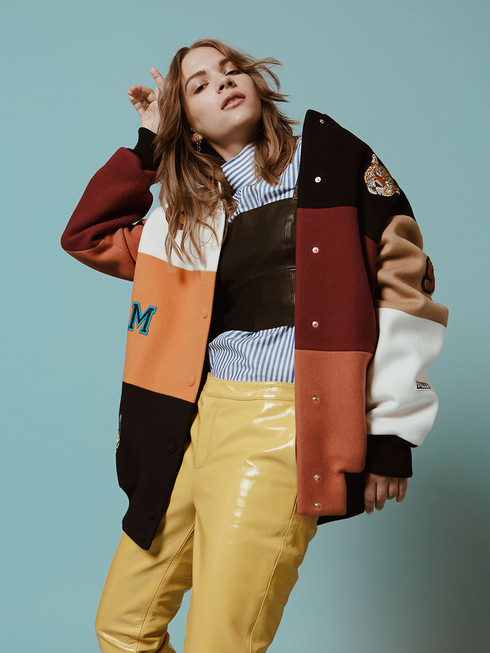 “I was unsure if I wanted to do music anymore”

Tove Styrke is a very memorable person, somebody that if you meet her once, you’ll never forget her. After participating in the Swedish music talent TV show “Idol” in 2010  and releasing her first album, Tove Styrke felt like she was under a lot of pressure and needed a break.

She decided to take a time-out and move to her parents in Umeå, in the north of Sweden. While living there, she was unable to escape her drive to create music and luckily she never stopped writing. After nine months break, she had created enough new material and was longing to go back into the recording studio again.

– I wish that more people had the opportunity to get really bored in order to find out what they want to do in life. When you get really bored an insight arise and that was what happened to me. Even if I did not have a record label or anything, I realized that music is and always will be a significant part of my life, Tove says.

When she eventually returned to Stockholm to work on her new album - a more experimental and personal one, ‘Kiddo’,released in 2015, which received excellent reviews. Tove is now working in the studio again with and has a  plan to release new songs next year. I had the chance to have a ‘fika’, basically a Swedish coffee break, with her in Stockholm recently.

MB: What is happening in your career right now?
TS: I'm working on new songs and I think they are the best I've ever done so far. Hopefully. You always feel that way when you do something, but then again, you are not always right. I do not know yet if there will be an album or not - we'll see. Today, there are no special rules for how to publish music. Anyways, next year I will release something new.

MB: How do you make your songs?
TS: Now, I have worked quite a lot with my producer Elof and we have slowly and steadily built up the songs. We are going through one at a time until they are finished. I've never been this meticulous before - I really like it.
It’s all starting to crystallize, In the beginning when you make music you do not really know what it will lead to - it´s just a feeling. These new songs will be more stripped down and simple than the songs on Kiddo.

MB: What are your lyrics about?
TS: About love, one of them is like “just want to be with you - we are so good” and another is a “fuck song”. I like them both.

MB: Do you write everything yourself?
TS: I started to write my own lyrics after Idol. I really enjoy writing.

MB: Time Magazine wrote that your album Kiddo “Is a Feminist Pop Triumph” - what do you think about that?
TS: Yes, but it is usually in foreign countries where they think it’s special if you are a tough young woman, they see you as a feminist. I just think I'm a reasonable human being. I think it is quite normal. What else would I be?

MB: You've released two albums; Tove Styrke (2010) and Kiddo (2015), Which of them do you like most?
TS: I like both. However, I see Kiddo as my real debut album. It is more diffused and personal. There are a lot of personal impressions that have been processed in Kiddo. My first album Tove Styrke is more of an ordinary pop album. I like it too, it is a good craftsmanship, but it does not say much about me really. I was angrier on the Kiddo album. I had a bit of a crisis when I was 19-20. All of a sudden a feeling of empathy started to grow inside me. I woke up and realized that the world does not just revolve around me and that I'm just a small part of it all. To understand that others can be affected by how I act - it was hard to realize.

MB: What happened after your break from music?
TS: I was impatient to try new things. I had an idea of what I wanted to accomplish. Me and Janne Kask (Brainpool) were very productive, we made like five songs in five days.

MB: Have you been interested in working with something else?
TS: No, not really, I have been singing and involved in music since I was little girl.

MB: How did you end up in Idol?
TS: They had received an anonymous tip about me. I got a call and then I went to the audition.

MB: Were you afraid of failure?
TS: No, the first four times before it went live, I was completely convinced that I was casted as a Jester or something. I thought it went horribly..

MB: Was it fun?
TS: It was very stressful. I wasn’t dead serious, and that was probably the reason why it went well for me. If you're not afraid you can just go for it.

MB: Tell us a little about your family?
TS: I come from an ordinary family in Umeå. I have two sisters, one who is twelve years older and one who is four years younger.  My dad is a musician and mom has always been doing things related to dance. I have been in a three and a half year relationship and we live together in Hägersten, in Stockholm.

MB: Do you like living in Stockholm?
TS: I think it takes quite some time before you feel at home in Stockholm, but at the same time I get bored when I'm in my hometown Umeå. I can’t be there for a long time - there's really not much to do there.

MB: You dance in your videos. Do you like dancing?
TS: I love it. I like to combine dance and pop music in new ways. There is so much pop music that has the same type of dancing in every video and I think it's so boring. I want to show people that dance can be so much more than that and that it can be really interesting.
My cousin, who is really good at contemporary dancing, has taught me a lot. I loved performing at the The Swedish Grammis, it was amazing. I begged for ten dancers for the show and I'm so glad I got them.. At first they said that I could only have three, but I said no because I wanted to bring a whole bunch of them.

MB: Are you training a lot?
TS: No, I have tried to make a valiant effort, but I'm really bad at doing stuff that has a specified time because I cannot decide to be in a specific place at a certain time. I never make plans longer than two weeks because so many things turn up all the time and then I have to prioritize.

MB: Who picks out your clothes?
TS: I have mostly been in the studio the last year wearing a hoodie, so I have not really kept up with the trends lately. I usually work with stylists when I do something on television or on tour.

MB: Do you have a favorite designer?
TS: Right now I like Ganni. I like these shoes I'm wearing now.

MB: What are your plans for the future?
TS: One of the goals I want to achieve is to be better at working more parallel. I need to start writing faster after a tour or maybe even during the tour. I really don’t want it to go 1.5 years before I start to write again.
My other plan is to do the same tour I did last time, when we was touring around in the United States and UK .

MB: Which place did you like the most?
TS: It has always been a dream to tour in the United States. Even my band was into touring there. Every day, we ran into a new city and we all thought it was really exciting.  UK was also nice, but a little more grey. It was really fun to travel with the band Years and Years because they have wonderful fans and they are really great guys.

MB: What kind of music do you like?
TS: I haven’t listened too much to music lately - just my own. But I listen to a lot of podcasts.

MB: Do you like any old music then?
TS: The first musician I really liked was Bob Dylan and Patti Smith.

MB: What do you think about Bob Dylan was awarded the Nobel Prize for Literature? Do you like him?
TS: I like his texts very much. He's damn good at rhyming.

MB: What are you doing for the holidays?
TS: I’m going  home to my family in Umeå. Everyone will be there! And I especially can’t wait to see my sister’s child. 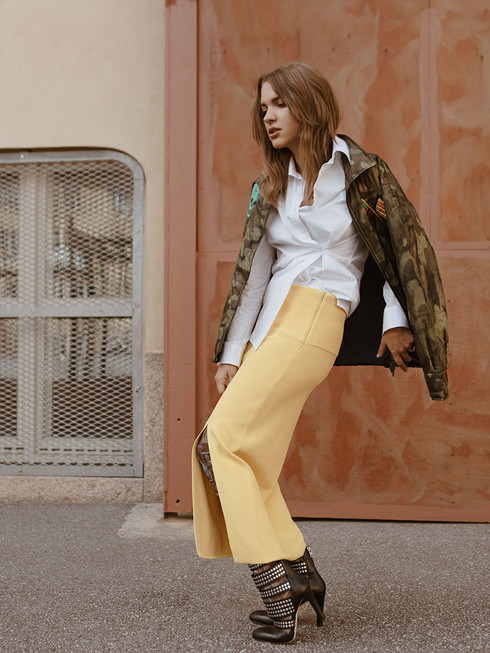 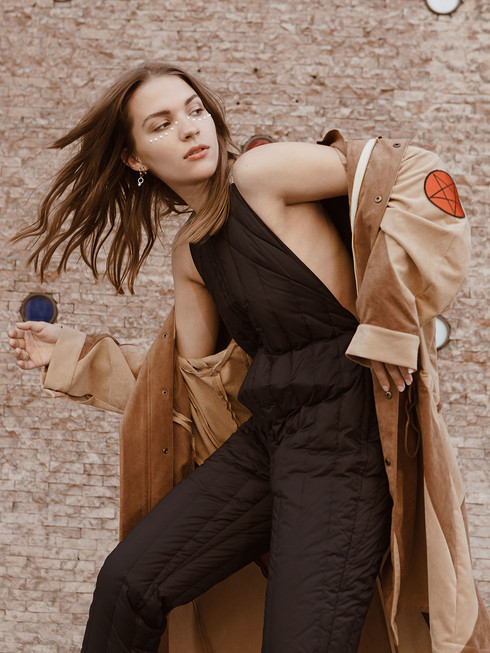 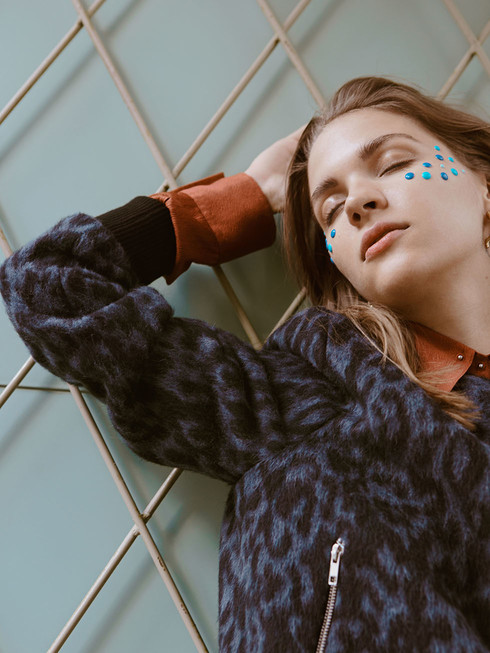 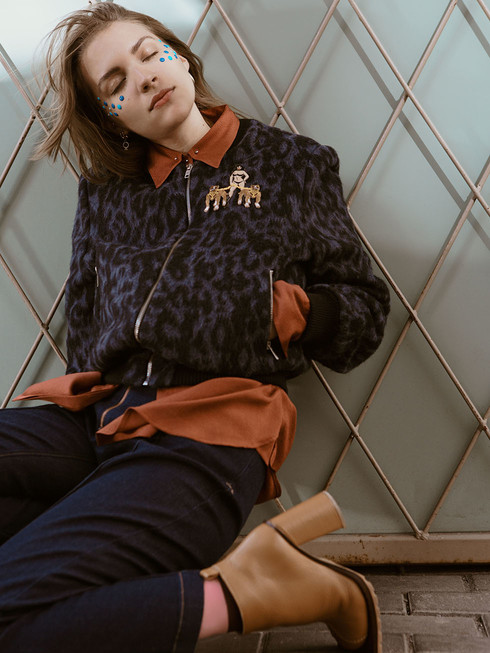 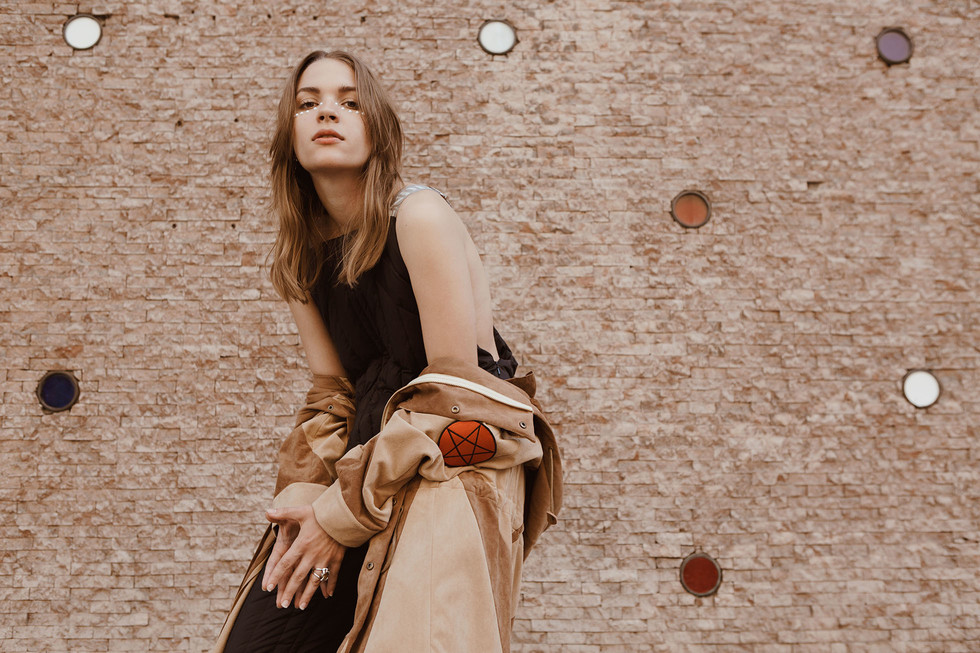 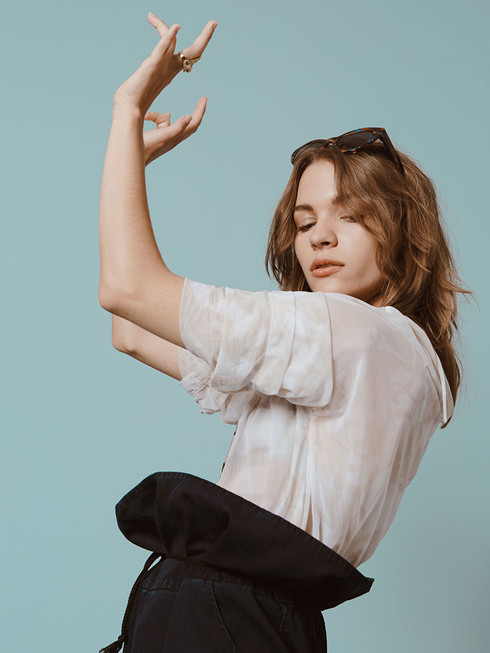