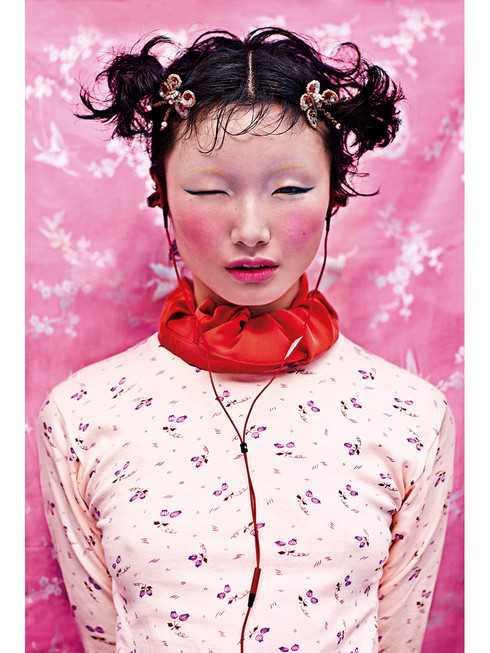 Being born in post-revolutionary Beijing with the one-child policy in effect, the world’s famous female artist and photographer, Chen Man has created her own spiritual revolution by changing China’s face for the western world. Being compared with Annie Leibovitz and dubbed the “Mario Testino of China”, the artist has renegotiated the cultural and philosophical ideals of her home country established in the Western society boldly through her images giving the China’s beauty aesthetic its own postmodern identity and putting the latter on the world’s fashion scene. Seemingly, “Fearless & Fabulous” – the artist’s first solo exhibition taking place outside China – is a luminous proof of that. The exhibition opened on December 9th at Museum of Photography in Stockholm and has undoubtedly conquered the fastidious cultural world of the Scandinavian capital.

The artist’s works create a self-speaking dualistic illustration of a new aspirational China, where East meets West in a reality balancing between the outer beauty and the inner wisdom. Furthermore, Chen, as China’s top fashion photographer and artist, has a myriad of photo shoots on her CV, starting with Dior campaigns and ending by her self-portrait for Qeelin’s Chen Man by Chen Man campaign. Her lens has virtuously captured China's national icon, actress Fan Bingbing and strikingly eternalised such celebrities as Rihanna, Nicole Kidman, Keanu Reeves and Victoria Beckham. Chen’s photographs have been acquired by the Victoria and Albert Museum for their permanent collection.

Entirely, the images of Chen Man are easily recognisable as they embrace both modern post-production techniques and Eastern themes, creating an own unique fearless and fabulous philosophical fusion of pure romance, rough spirit, naked ambitions and exquisite humour.

I have understood you started with art at an early age. At what age did you steer over to photography?
When I was in college my major was in photography.

I read that you were born during the time when China was implementing the one-child policy in families, do you think that had an affect on your artistic exploration?
Off course, I was a single child. Our generation started to study really early. The thing is that I am really good at painting. My parents gave me professional training at painting. Classes to train different techniques since I was two years old. Actually my major profession is a painter and I still paint. I am a better painter than a photographer.

Your work almost looks like paintings after post production, did you ever work with analog photography or have you always worked with the digital medium?
I started with a series of images for an art magazine called Vision Magazine when I was in college, I made one photo per month. I have a lot of passion for the visual language, therefore I have used a lot of Photoshop and really heavy post-production since then. That is where people think I am from. My name is Chen Man, so a lot of people [outside China] think that I am a man. At that time no one used Photoshop in China, when those works reached the market. Artist and photographers were quite shocked about this series. Thus, they didn’t know wether to define me as an artist or a photographer.

Did you teach yourself photoshop or did you study?
I am also a graphic designer so I kind of already new photoshop.

You also have a clothing label, how come you started to do clothing design?
I am not a professional clothing designer but I was approached by different brands to put together a crossover collection since I am kind of a celebrity in China. I have a bunch of followers on Instagram, over 10 million in China. A lot of them are young girls and that is a huge market so the brand has chosen me as a special artist to create different kinds of products. This is my fifth year creating a collection. I like cosmetics and I also have a collab with Mac Cosmetics. The brand chose me as a first Chinese artist for their collection of limited edition of crossover products called Love & Water.

What's your favourite camera you like to use?
I am not a fan of the machine so I use what I have, for example Hasselblad and Canon. I have Canon investors in China.

You were first published with a self portrait in a Chine’s art magazine that caught a lot of attention, and shortly after you were published in many international publications, do you think the rise of the internet at the time helped you gain recognition outside China as a young artist?
Yes, could be. I was reported by different kinds of medias in the beginning such New York Times, CNN and ID.

How is it to work as a female photographer in China? Have you felt any limitations?
I don’t feel any limitations. I am quite casual, not really tuff as a business woman. I am concentrating on the visual language and how to enjoy it. I think it is a convenience that I am a woman. I shoot a lot of female actresses and therefore I can shoot them totally nude without any boundary.

Are the editors at the magazines you work with in China mostly men or women?
Most of the editors I  work with are mostly female or gay….

Do you find that you work in a different way when you work with international clients?
No, it depends on the country and on different people. Some really understand their brand and know what they need and they trust their choice and let me do what I want. Other brands don't know who they are yet and are trying to figure out what they want to do.
So, could you say that you do branding in a way? Yes.

What do you think about the beauty industry in China and do you feel that you can influence how young girls look at beauty?
I feel like I can for example when I made a series of 12 different images for a cover for ID.
The series is called  Motherland. I shoot young girls from different Chinese minorities with faces not typically seen as beautiful or trendy in China (bead eyes, white glass skin). I wanted to illustrate what beauty is right now in China. I shoot them totally straight, combined with 12 different Chinese colors for the contemporary backgrounds.
Actually the fashion area at that time refused to shoot reality world in China because they wanted to be chic and fashion and more like the western world or the Korean standards. Since I am professional at visual stuff I felt I should do that. There were 12 covers from one issue. I wanted to show the imperfections so the images are actually not at all retouched. I wanted to give the audience a kind of confidence that we are beautiful the way we are.

Is it something in particular that inspires you when you are beginning a project?
My function is to absorb the vision. I just catch the object. So, when I get the information about the person, the image will already be in my mind.

I heard you have 70 people working for you. How many photo assistants do you have?  Yes, it is true. I have around 15 photo assistants. Our studio is also a rent studio. It is 2,000 square metres. So we have the rental department and the post production department of 10 people. After a photo shot I give the post production a sample and then they follow the directions. 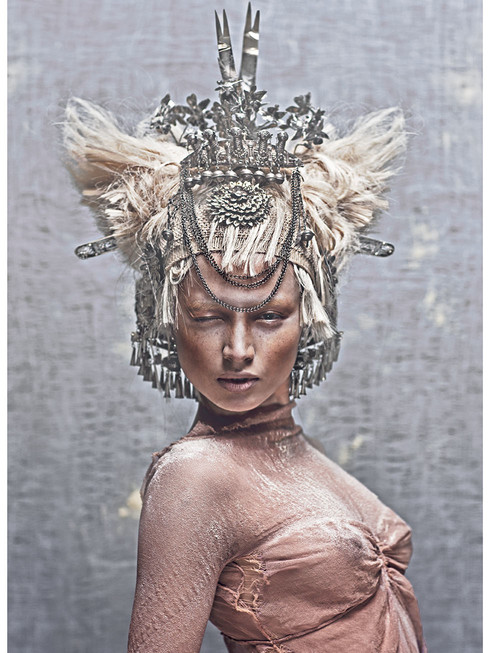 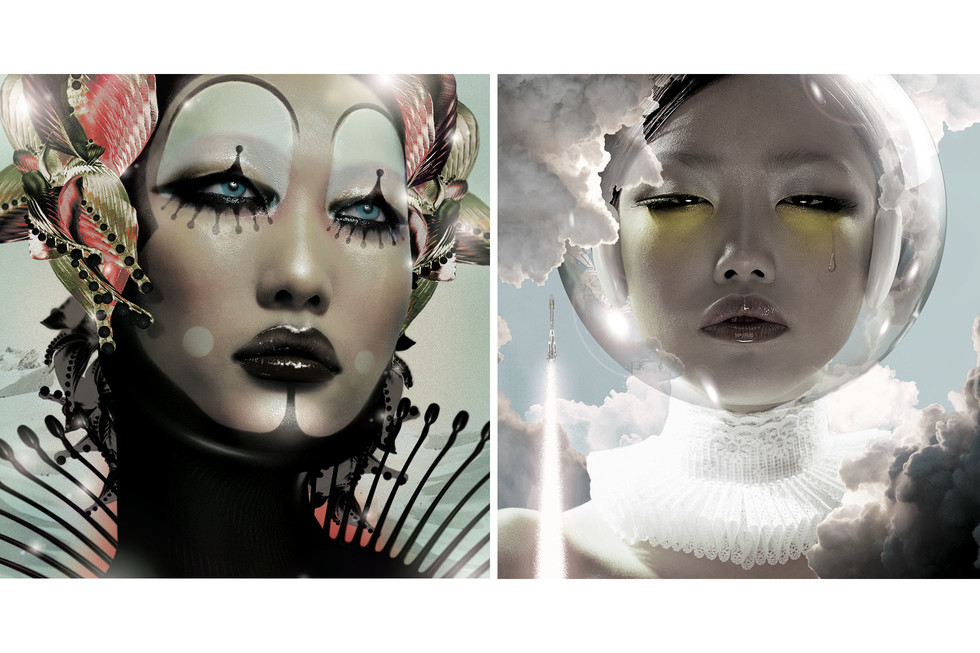 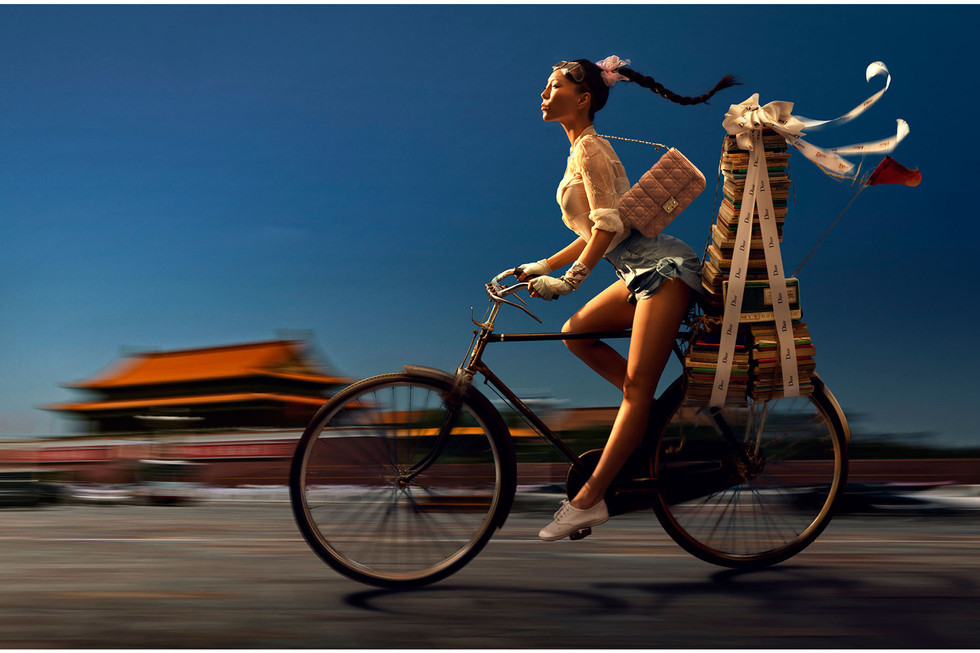 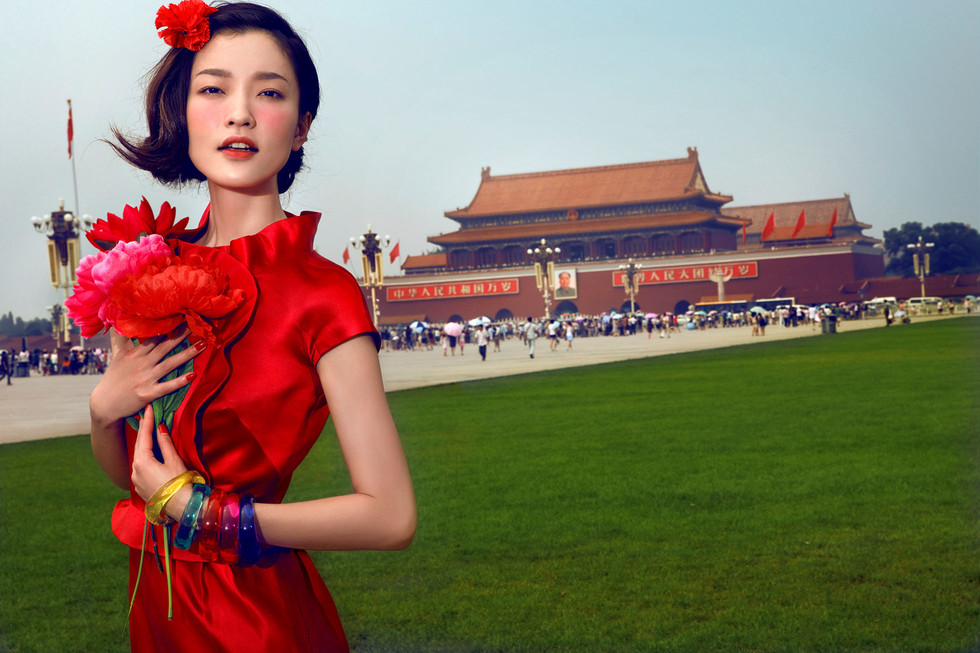 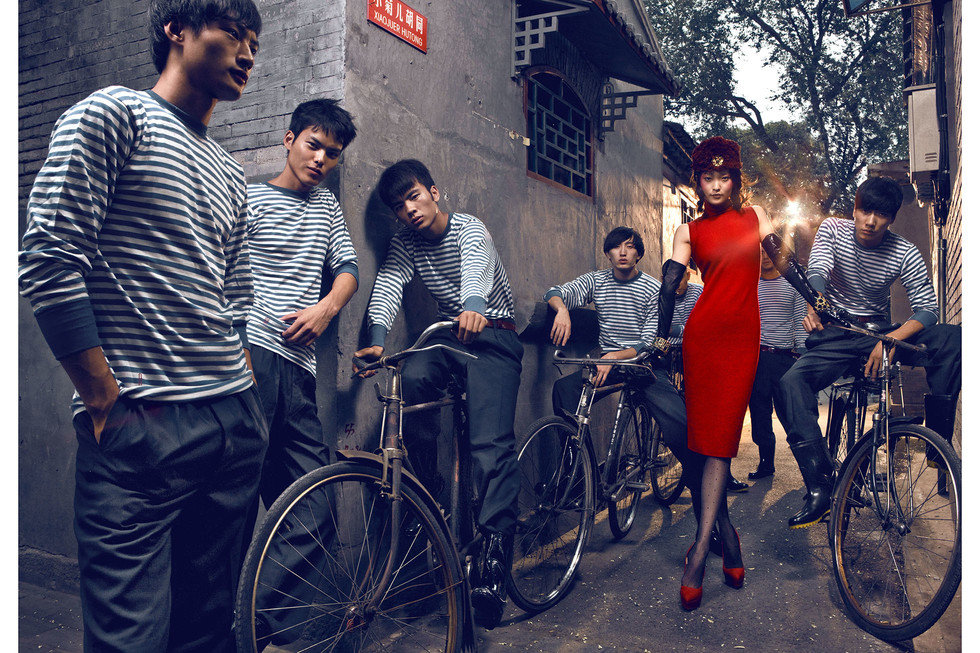 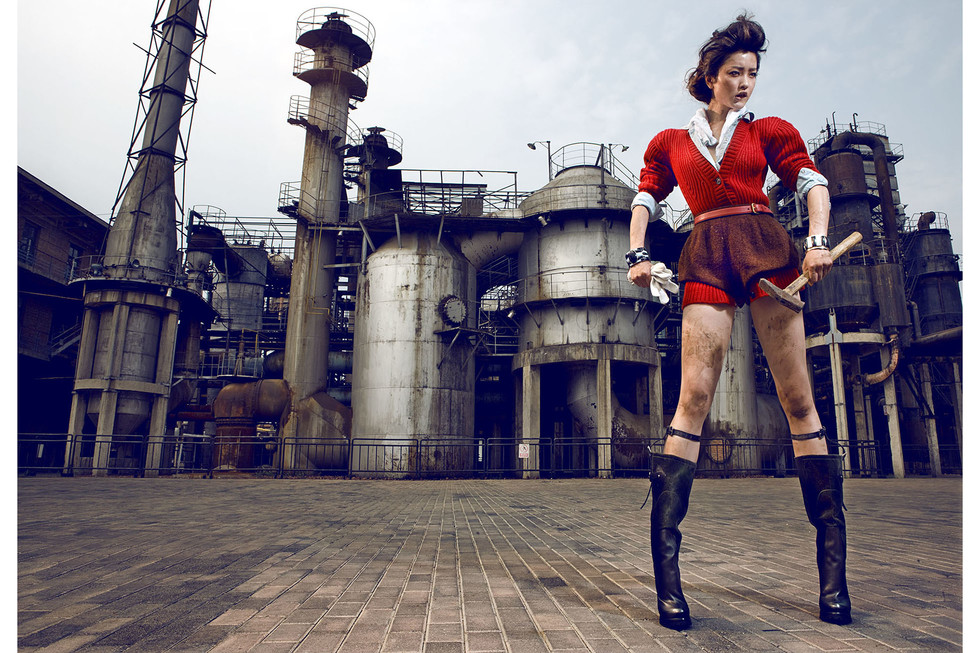 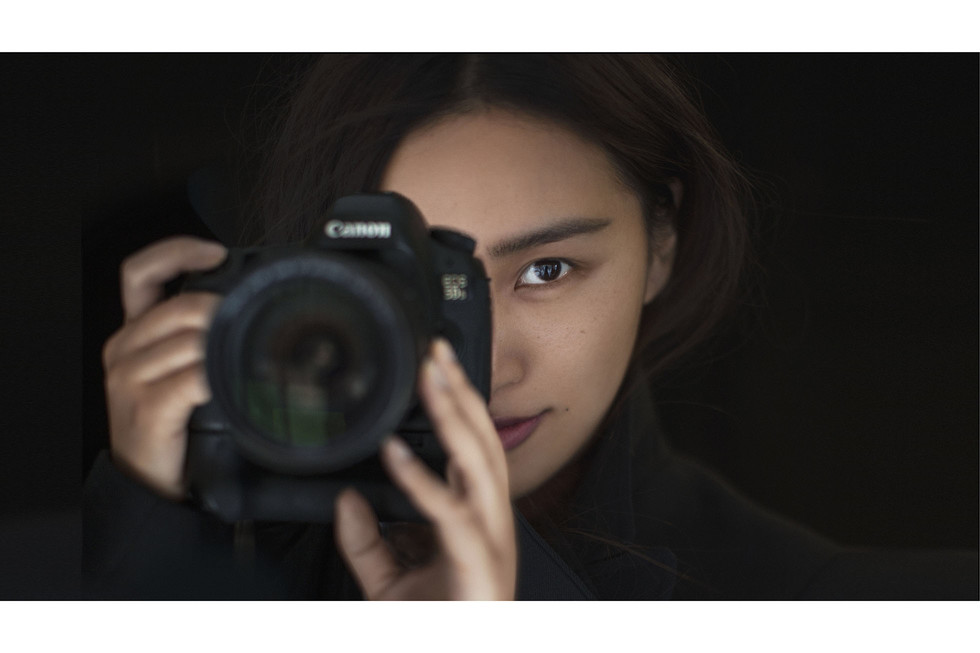 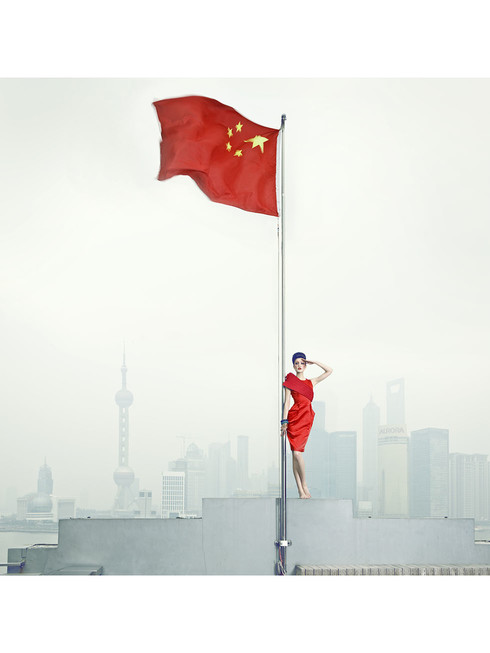