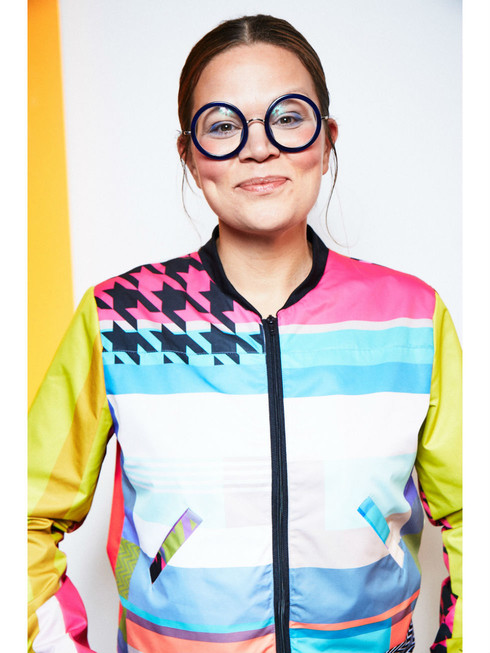 Maxjenny Forslund is the name of an incredibly innovative, resourceful and ingenious fashion and print designer.  After having started her brand maxjenny in 2016, the designer has already conquered the hearts of both the Swedish royalty and international celebrity elite with her sanguine colour palette and vivid self-speaking printed images. Inspired by the entirely unique and remarkable style character of Vesterbro in Copenhagen, where Maxjenny has her studio, she also brings up her roots from picturesque and poetic Österlen in Skåne by integrating images of the province into the textiles. It grants her garments an exquisitely expressive and folkloric chic, letting the silhouette and the prints complete each other in a harmonic interplay. Nevertheless, the colours are rather exaggerated and accomplished by a theme, sometimes with a slight Catholic echoing, reminding of Dolce & Gabbana’s authentic Sicilian context.

Creating vibrant and time-consuming collages of different mages, Maxjenny conceives a complex architectonic storytelling, where a printed image becomes a part of the silhouette, granting a certain 3D individuality to the garment. She always works in parallel with a print and a shape, what sometimes requires to break up the image into smaller parts to make it work within a garment. Maxjenny’s aesthetic feeling is build upon the spirituality of the Memphis Group that surrounded her during the childhood and the Scandinavian beauty context with its clean and straight lines. Since 1997 she has been settled in Copenhagen, what also completed her aesthetic map, creating an elusive but tenacious cultural balance.

The brand has a deep sustainability agenda integrated into its business model and the textiles are produced and printed in Europe, in Ikast, Denmark, which is a Danish version of Borås, and in Estonia. The colours used in the production are merely water-based and the number of the garments produced corresponds to the existed orders, what also gives a rigid control over waste.

Life is the biggest inspiration source for Maxjenny, what she skilfully completes with travelling and art. “The art life in Copenhagen reminds a lot of a big community, what is very inspirational and stimulating”, claims the artist. Her great success amid women, Maxjenny addresses to her individuality, where she does not follow any trends, and the uniqueness of the way she integrates her print images into the garments. To dare is one of the brand’s strongest features, even though the discretion is a good thing to lean toward while working with colours. Seemingly, Maxjenny has an elegant gut-feeling concerning colours and shapes. During Stockholm Fashion Week we were given a great opportunity to witness it through the optical eye of an unique collaboration project SPECS x maxjenny. 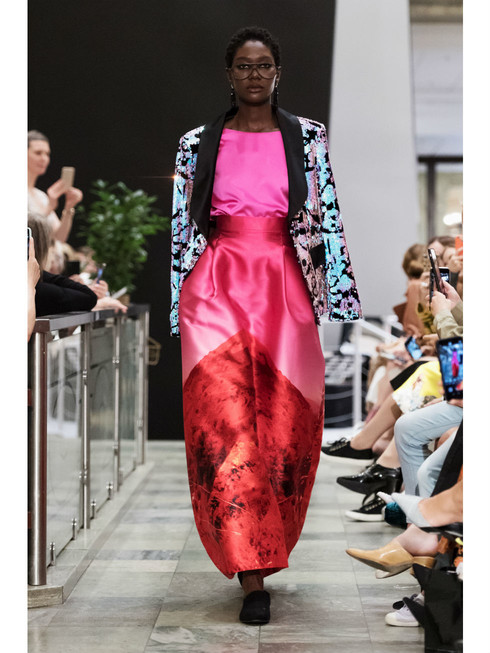 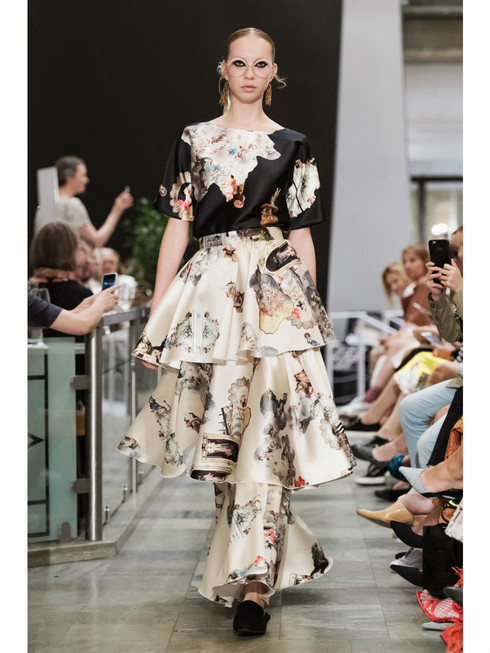 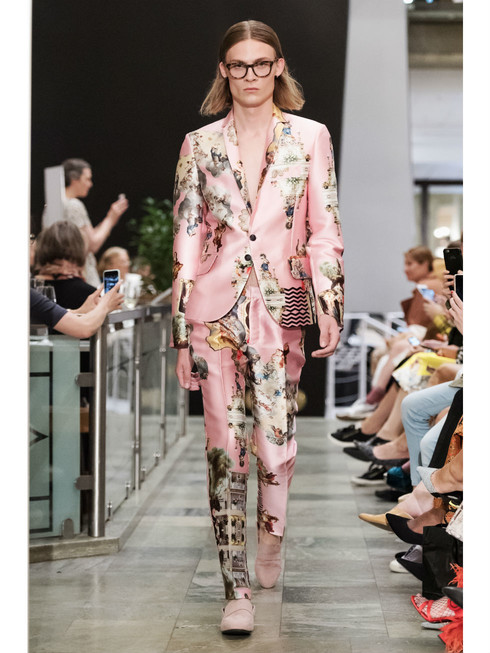 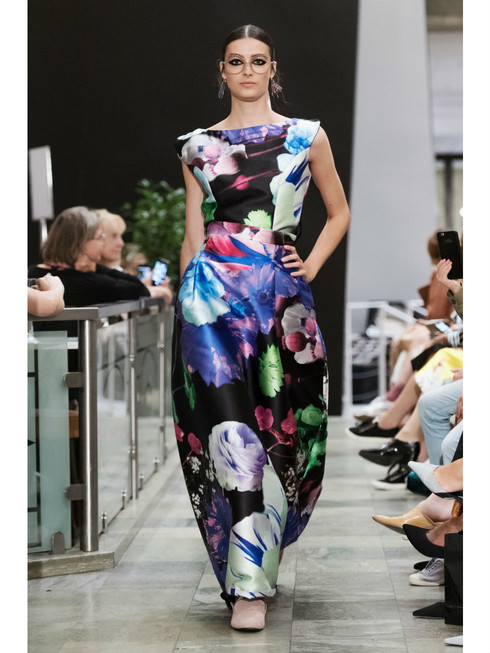 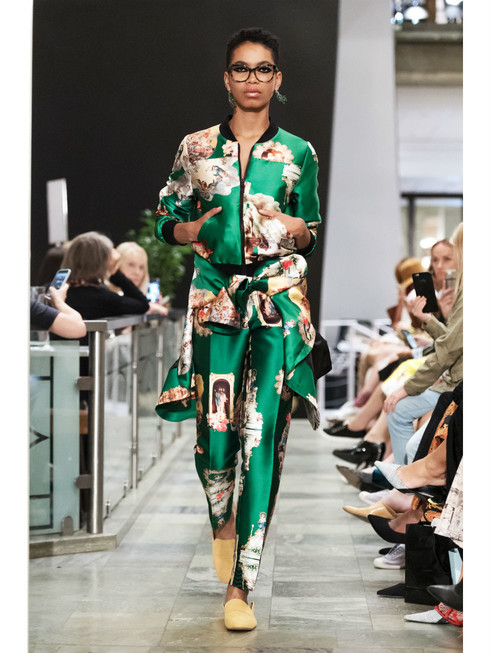 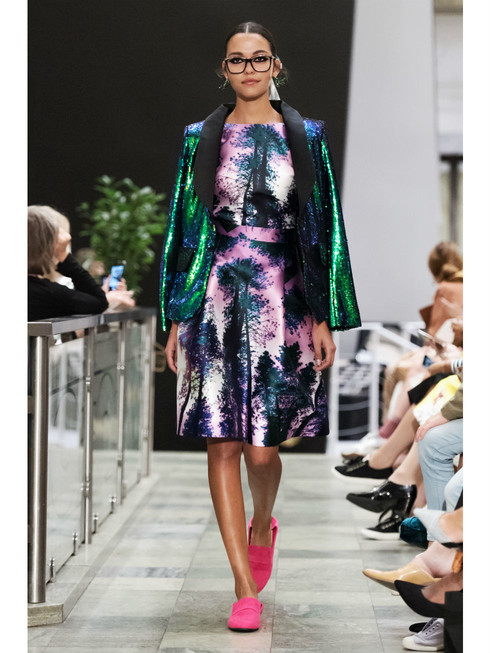 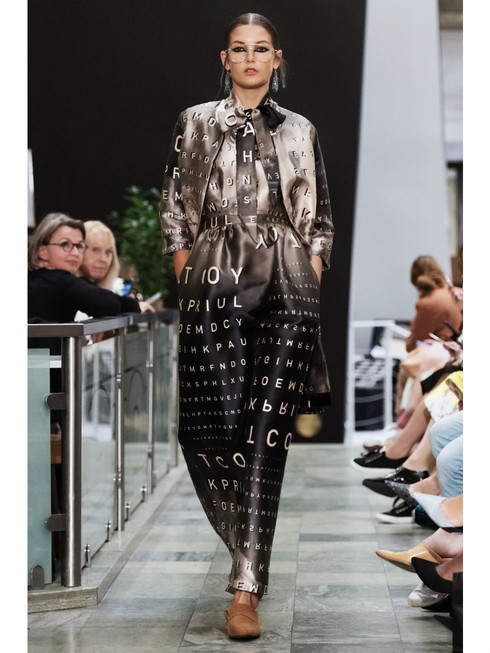 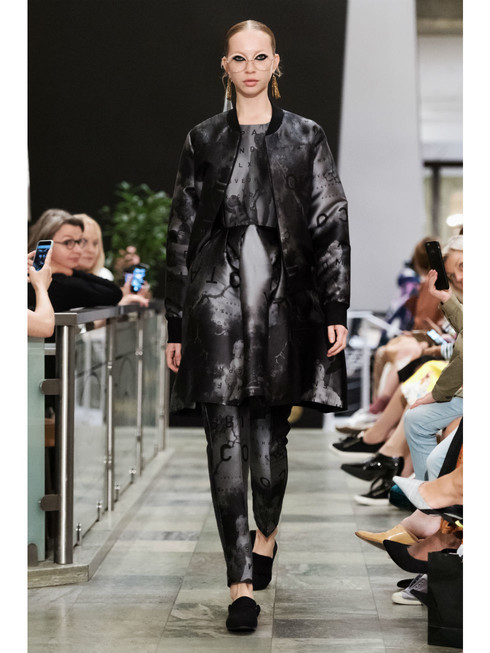 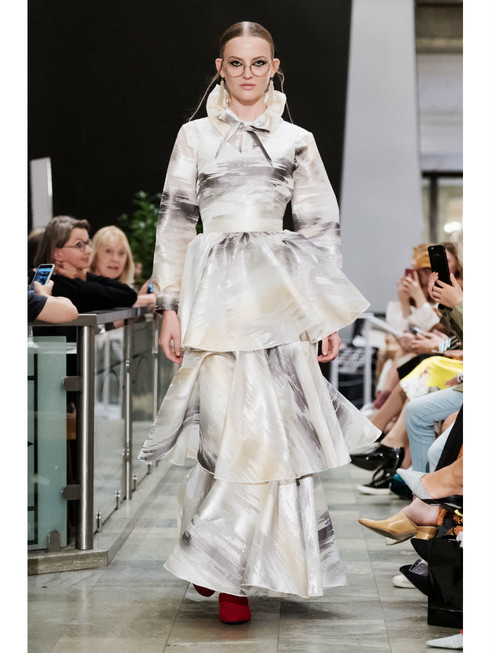