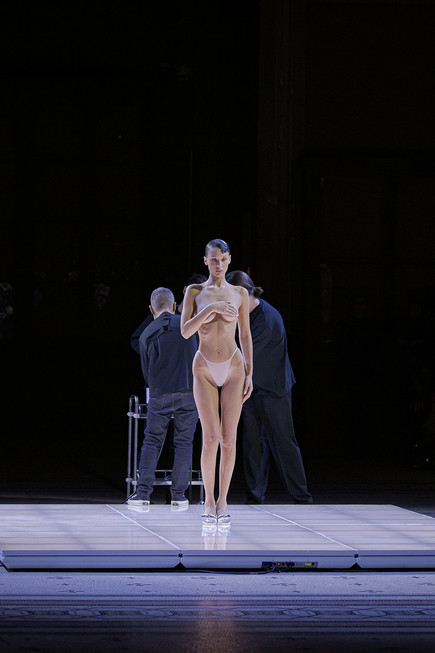 Coperni is truly back on the map with the latest installation on Paris Fashion Week. The French brand suprisied everyone with its Spring Summer 2023 collection - which ended in a scientific art piece starring Bella Hadid.

Coperni joined forces with Fabrican ltd, lead by Doctor Manel Torres, for a 'Blade Runner' futuristic collaboration that resulted in the making of a dress - live on the runway. The art meets fashion performance saw Manel Torres use a spray-on fabric that once sprayed, dries to create a physical form.

The spray-on technique was developed by Fabrican, a company founded by Spanish fashion designer and scientist Manel Torres. Fabrican liquid contains cotton or synthetic fibres, suspended in a polymer solution that transforms when making contact with the body. After wearing, it can be removed and turned back into a solution, ready for reuse. Now on stage, the spray-on is following the curves of Bella Hadid, almost as a sculpture you see the art piece come to life. The almost silver/white spray transformed Hadid’s nude clothing into a dress. The act can almost be described as a performance art piece, where the audience are part of the transformation, and historical event. With futuristic music the event becomes even more intense. Coperni co-founders Sébastien Meyer and Arnaud Vaillant have been working with Torres and his team at London’s Bioscience Innovation Centre over the past six months to develop the spray-on, one-shouldered dress.

In an interview with Vogue Business, co-founder Sébastien Meyer says that “It’s our duty as designers to try new things and show a possible future. We’re not going to make money on this, but it’s a beautiful moment — an experience that creates emotion.” The dress and iconic moment will definitely become a part of the history of fashion. 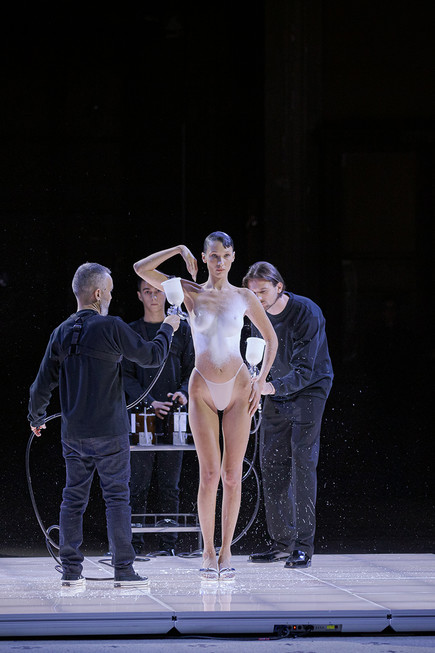 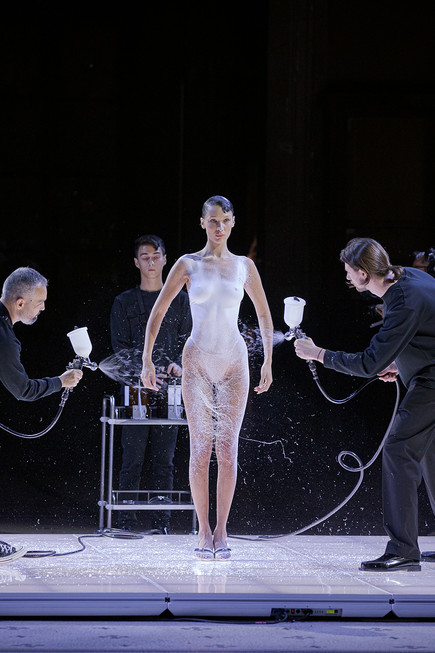 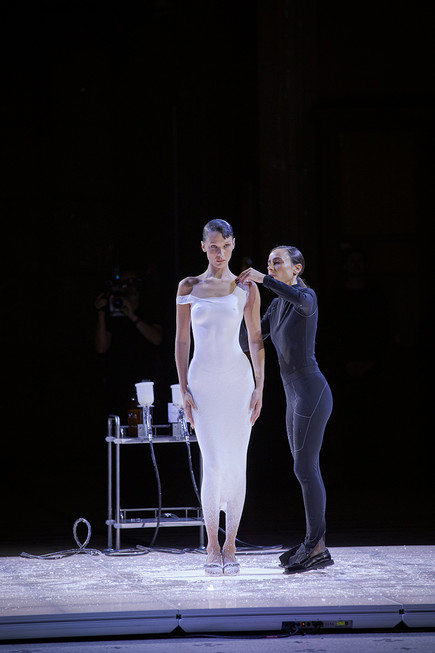 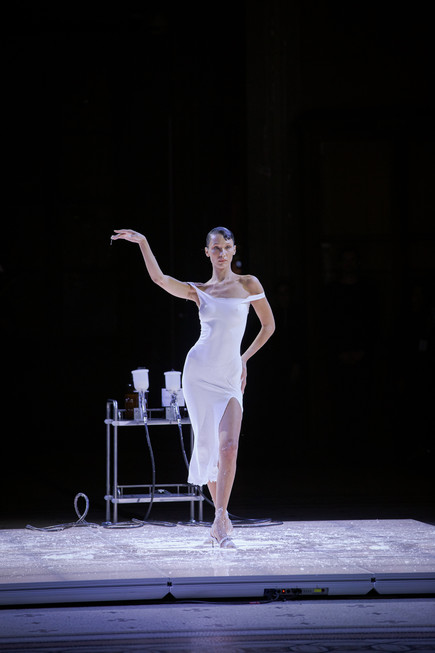 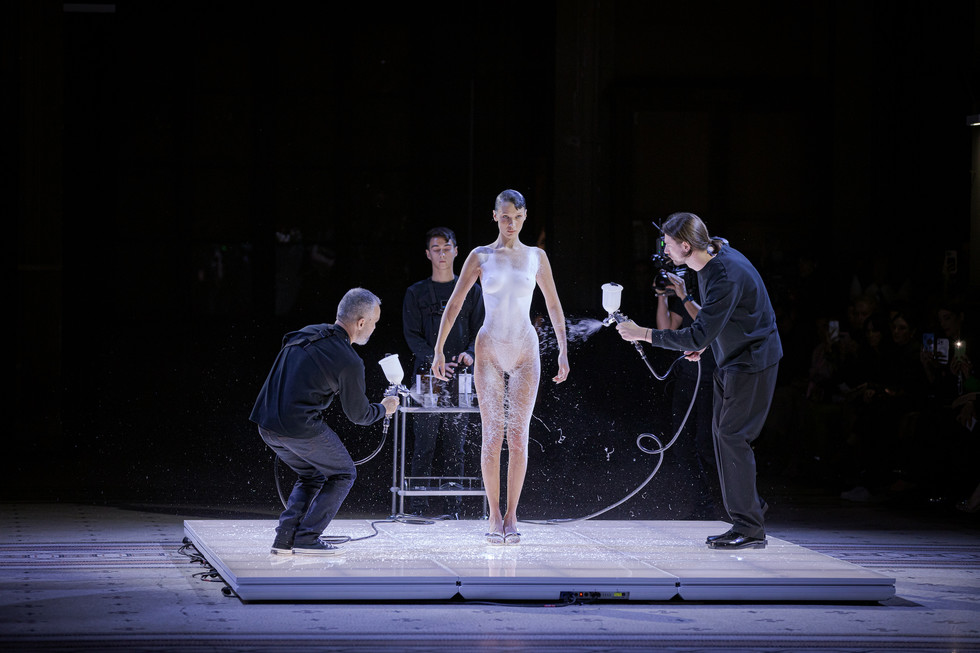 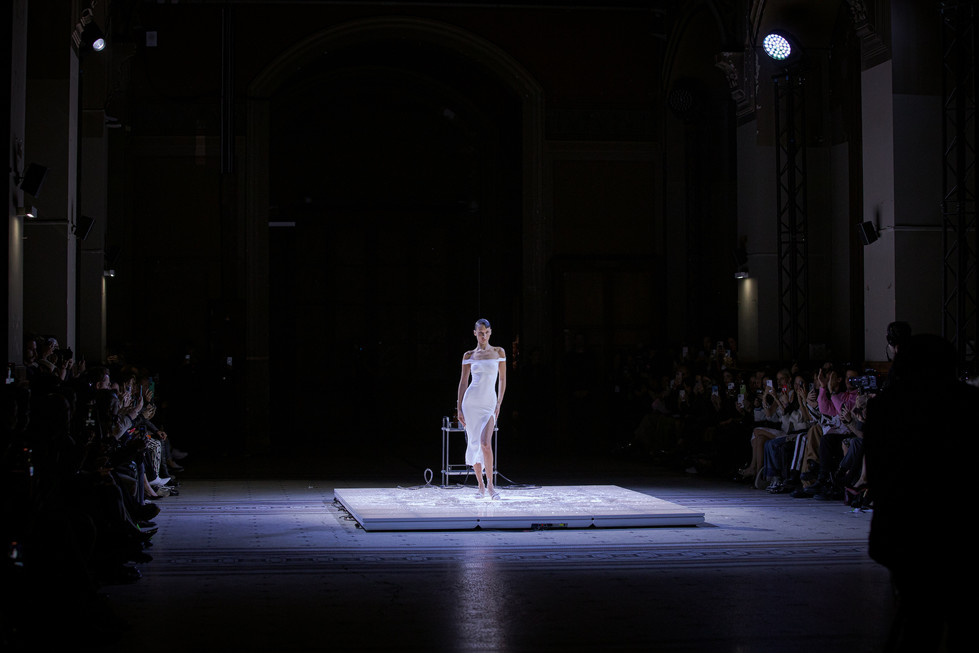