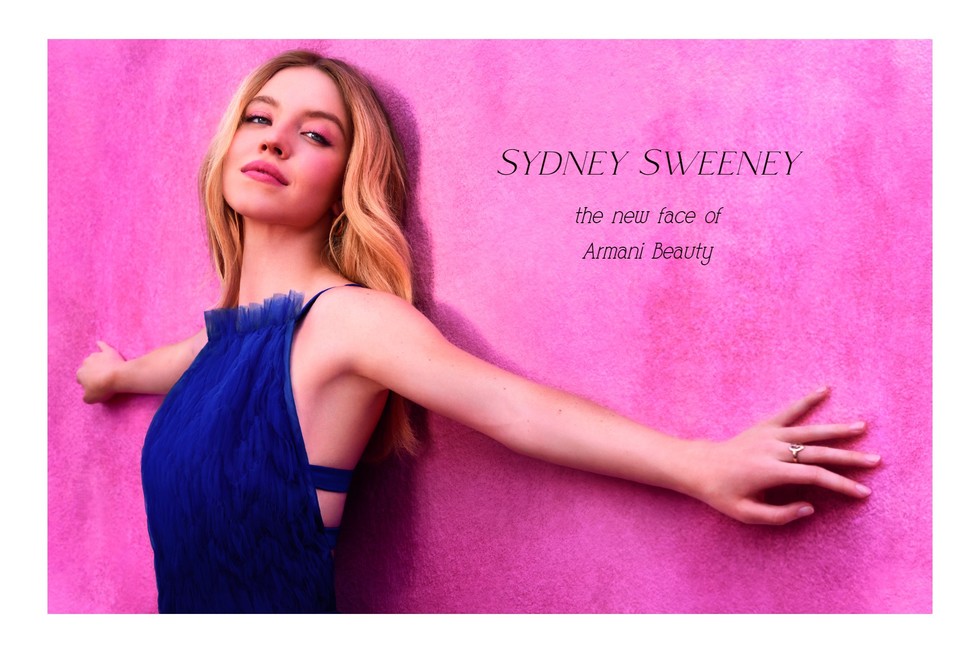 Introducing Sydney Sweeney as the new face of  Armani Beauty´s MY WAY fragrances, the iconic Italian fashion house has kicked off 2023 with a celebration of inner beauty and a powerful message of free and profound femininity.

“When I choose a new testimonial, I like to observe their personality, which is vital for communicating a message and creating a following. I was immediately struck by Sydney’s energy and fresh attitude, which shows in her open, genuine smile. She has determination and talent and is one of the most versatile and magnetic young actors of the moment. All this makes her the perfect embodiment of the MY WAY spirit: a free and profound idea of femininity”, said Giorgio Armani.

Sydney Sweeney added: “I could not be happier and prouder to represent Armani beauty. This brand values inner beauty and provides high-quality products to bring out everyone’s most authentic selves. MY WAY is a fresh fragrance that perfectly encapsulates so much of myself that I can share with others.”

Sydney Sweeney has rapidly established herself as one of Hollywood’s rising stars. She garnered global recognition for her breakout role as Cassie Howard in the acclaimed HBO high school drama series EUPHORIA, which debuted in 2019 and is now entering its third season. In 2022, Sweeney was honored as a “Phenom” on the TIME100 Next List, Time Magazine’s annual list highlighting those individuals who are shaping the future and defining the next generation of leadership.

The new MY WAY campaign captured by Italian photographer Dario Catellani and German director Jonas Lindstroem is an invitation to explore new horizons and carve everyone's own path and allows the viewer to experience the world through Sydney’s eyes. It captures a new vision of femininity that is both profound and free-spirited. The visuals of the campaign was released on January 4th, following a film on January 30th.

In tandem with Sweeney's role, Giorgio Armani introduces MY WAY PARFUM, a floral woody powdery fragrance defined by its contrast between the bright, solar tuberose note and the majestic blue iris pallida. The refillable bottle reflects the fragrance's intensity and radiance, dressing in tones that graduate from inky blue to radiant pink. 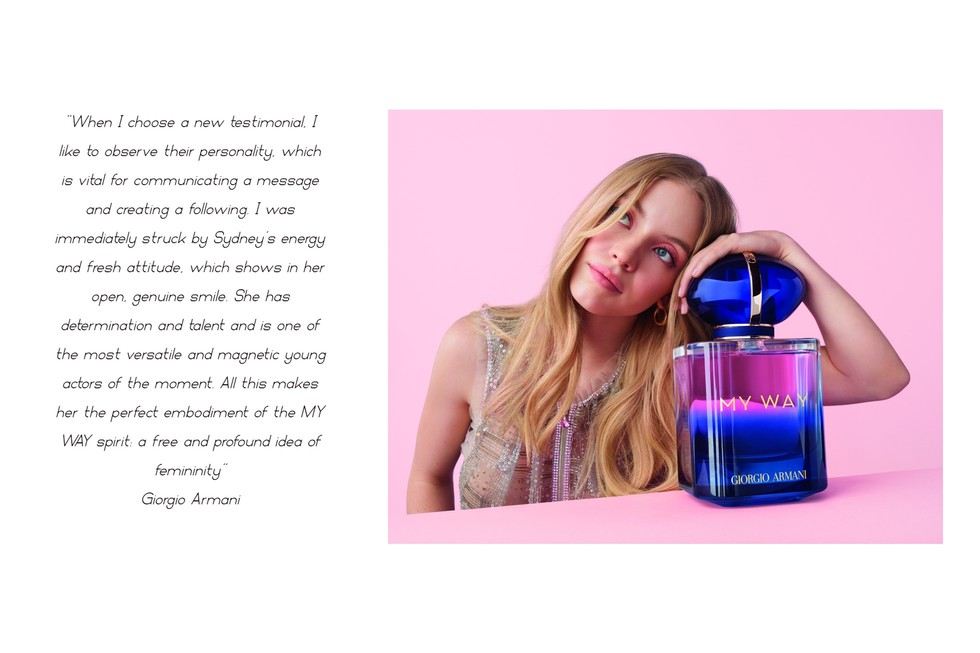 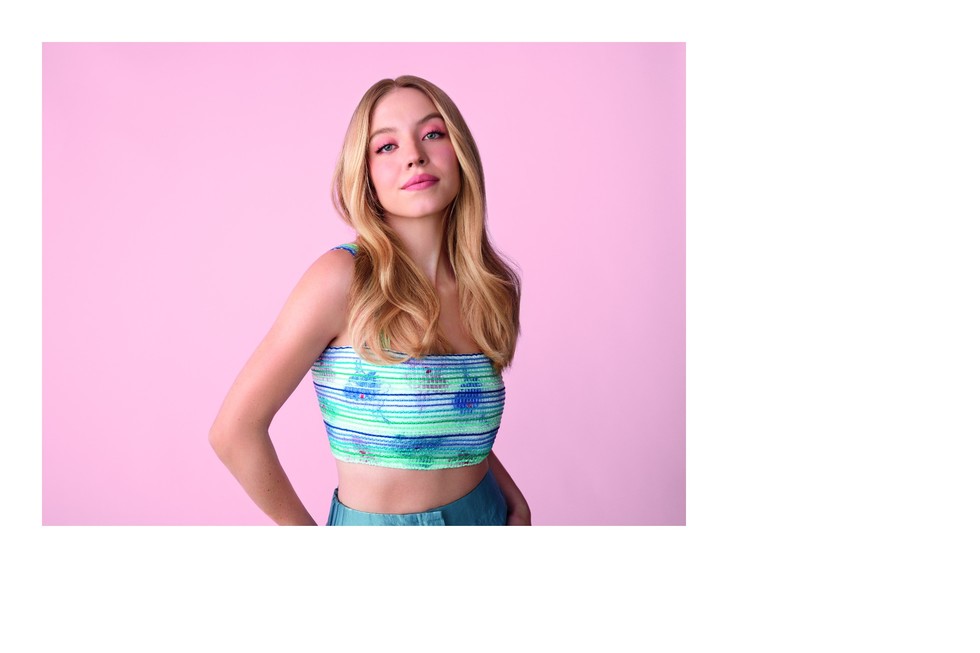