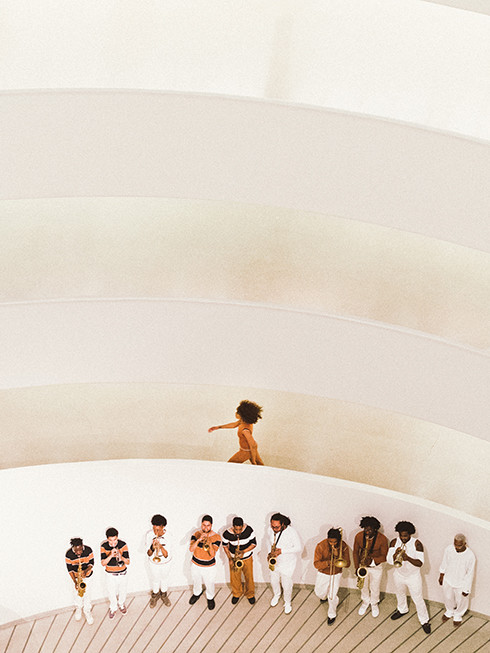 With the iconic interior of Frank Lloyd Wright at the Solomon R. Guggenheim Museum in New York, Solange detracted and confidently filled the space with her own contemporary performance piece, An Ode To. An art installation of movement and expression where she used herself and the attendees as the medium on themes from her recent album, A Seat at the Table, a music script of personal and universal inquiries.

As a part of Red Bull Music Academy Festival in New York this late spring, she had one of the most respected art institutions to show An Ode To, a creative statement that will encouraging further representation in the art world for musicians, especially black female musicians. Popularly, merging the pop-culture with the contemporary art scene.

The limited number of guests, dressed in all-white looks, as per requested by the artist, presumably to have them be a part of the piece in the stark white spiraling venue. The documentation we see becomes a unity and strengthens the visual documentation of Solange’s performance, in the first gaze you cannot distinguish between the dancer and observer which I conclude is part of the realization. The audience were treated to a piece which comprehended modern dance choreography to a live set ensemble playing unrivaled funk, soul and R&B.

Performance art has for decades inspired and captured the eyes of art enthusiasts, Meredith Monk and Marina Abramović being two of the most recognizable. Yet, it is in modern times, artists have really merged with the contemporary music scene, catching the eye of the mainstream. Marina Abramovic and Antony Hegarty, and The Velvet Underground and Andy Warhols famed 1967 performance, Exploding Plastic Inevidable, for example. Yoko Ono and Lady Gaga are two very prominent proclaimed performance artists. For these artists who have paved the way, performance art has been able to show the astonishing quality it has, a role that has had the chance to enter the mainstream.

In a timeline where we have been captured and amazed with performance artist Vanessa Beecroft installations, she has received the light beyond the art world network once her work united with the music sphere and fashion collection Yeezy season 1-3 at New York Fashion Week together with Kanye West. The worlds of art have always collided, but nowadays, with greater access to information and a daily influx of visual and audio impressions, the mainstream can embrace the unconventional more and more. Beecroft’s previous installations using the human bodies, creating her army have become an inspiration, not only for Kanye West and Solange, but other music and fashion designers. Not to mention, the work of Meredith Monk, the first to use the rotunda for a performance, a tradition that has been ongoing since the late 60’s.

An Ode To have been critical acclaimed for its creativity and pureness, unfortunately we can simply witness it through photographs and film. Nevertheless, that is one of the glories of performance art; it lives in the present of the artwork itself and is infrequently at its best when it gets reproduced through documentation such as photographs and video. Peggy Phelan, a scholar in performance studies, emphasizes that performance can’t be saved, recorded or documented; once it does so, it becomes something other than performance art. (1993,146) An Ode To, had a no-cellphone policy, which I conclude made the guests alive to fully engage in the experience from start to finish to live in the moment and embrace the art piece.

Being able to enter the high art institutions such as Guggenheim, it’s a movement that has been developing over decades. And now recently, the MoMA (The Museum of Modern Art in New York City) has initiated various events the past years inviting more than 750 artists, including pop artists Solange, Jamie XX, and Grimes. And with their Party in the Garden, held in the MoMA’s Abby Aldrich Rockefeller Sculpture Garden, an annual event that takes place in the beginning of June, included musicians James Blake and Kaytranada. This merge gives performers and contemporary artists a bigger arena and show their work to a larger audience.

It is apparent that more musicians are seeking diverse forms of performance that captures a broader audience; movement, design, installations et al.

Solange performance piece has definitely been given a seat at the table. 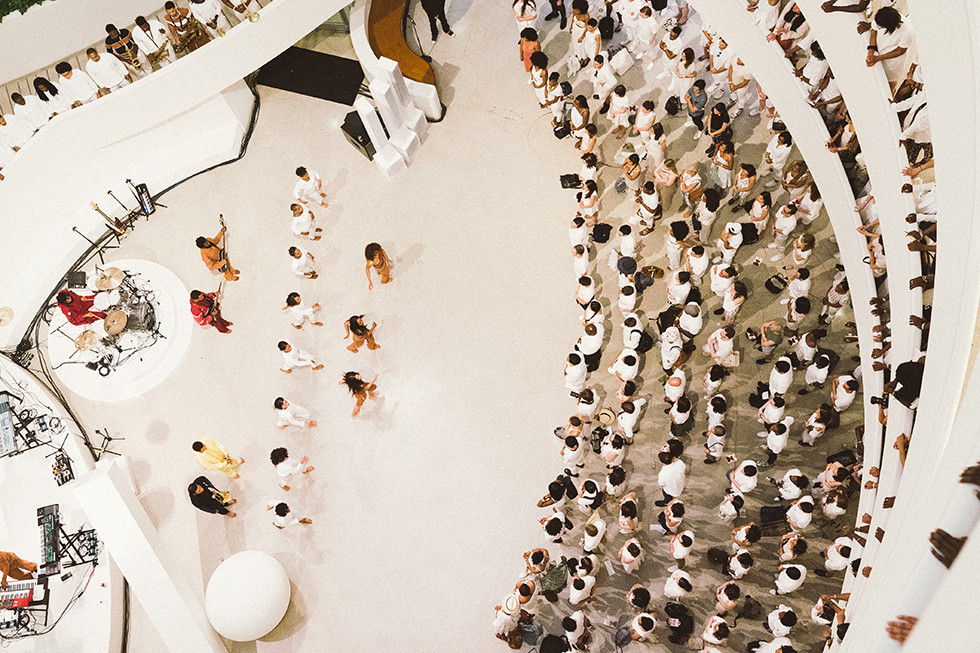 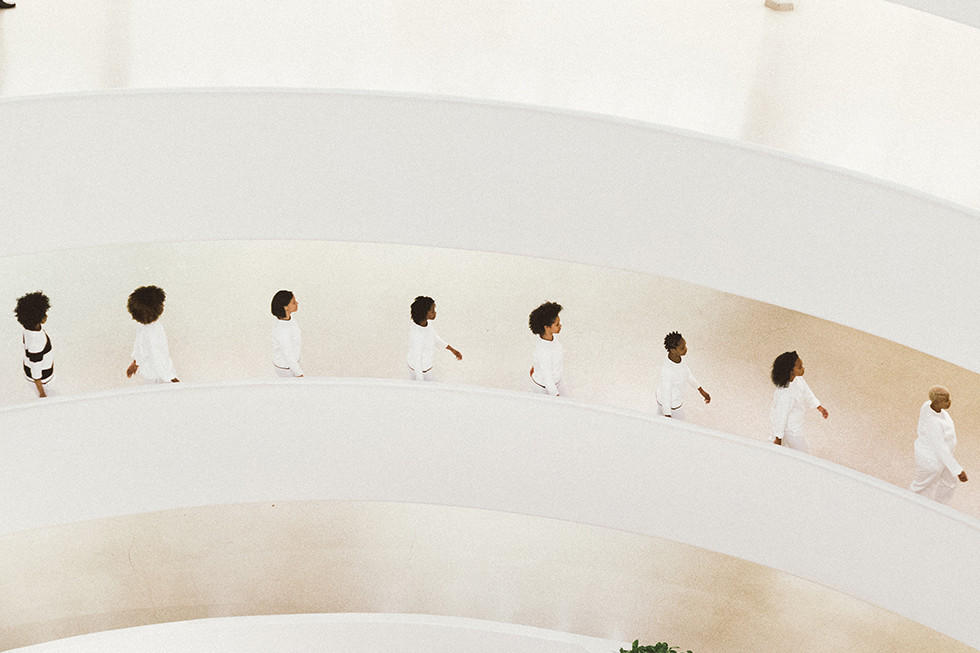 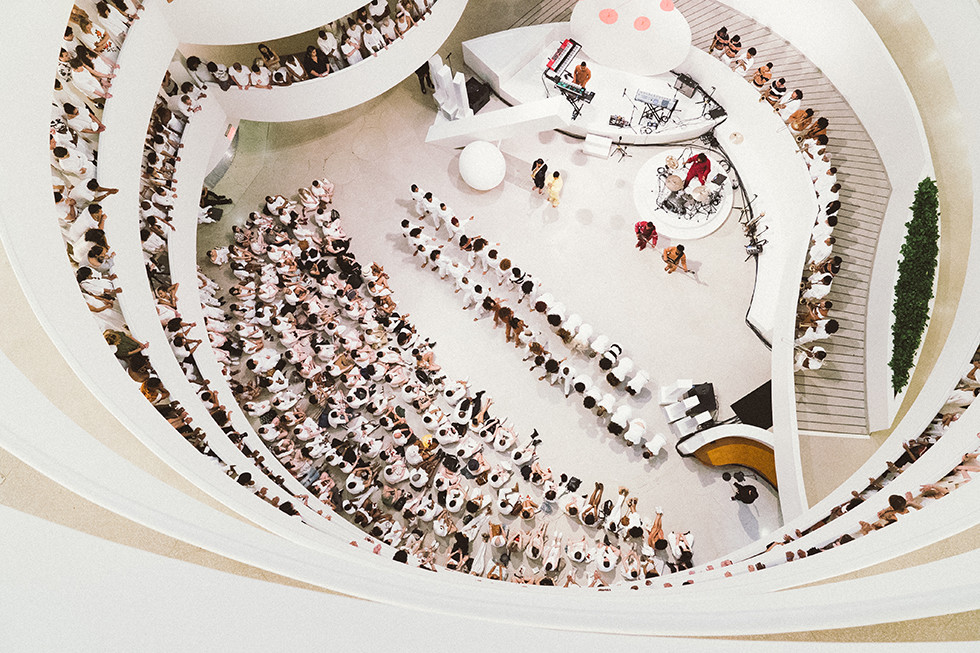 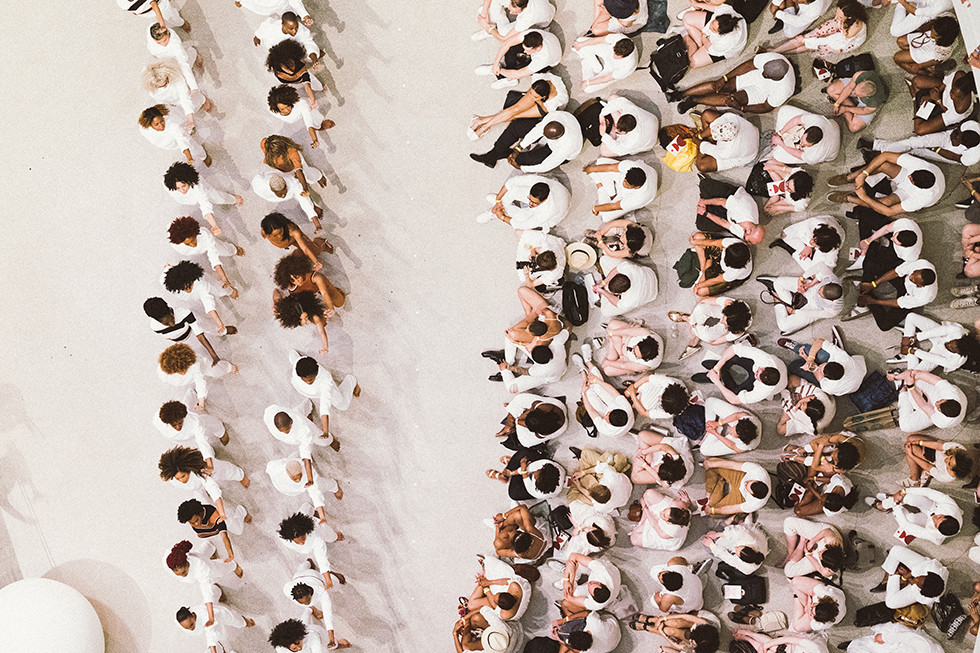 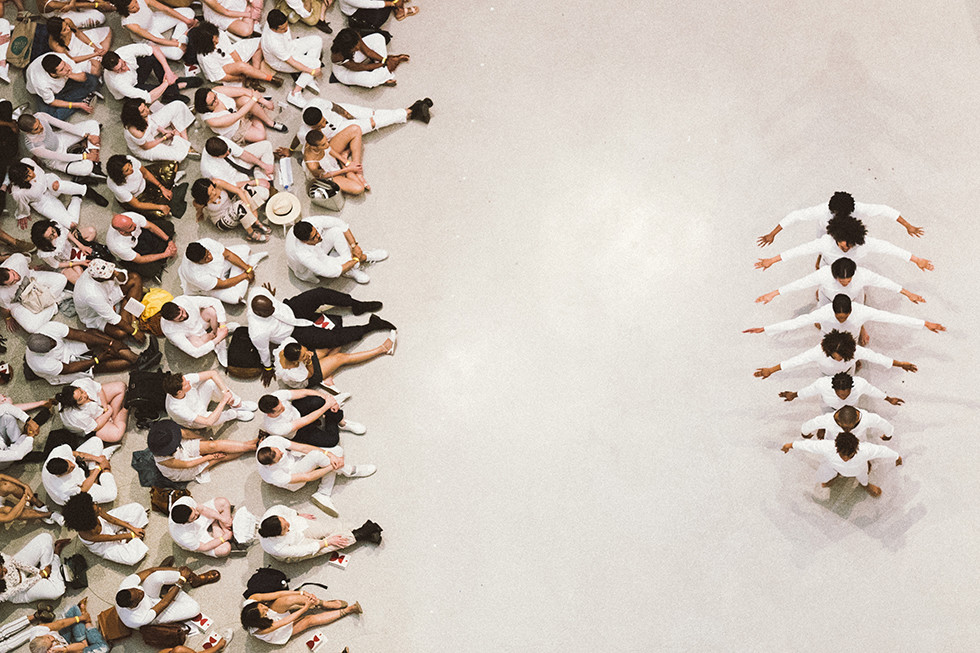 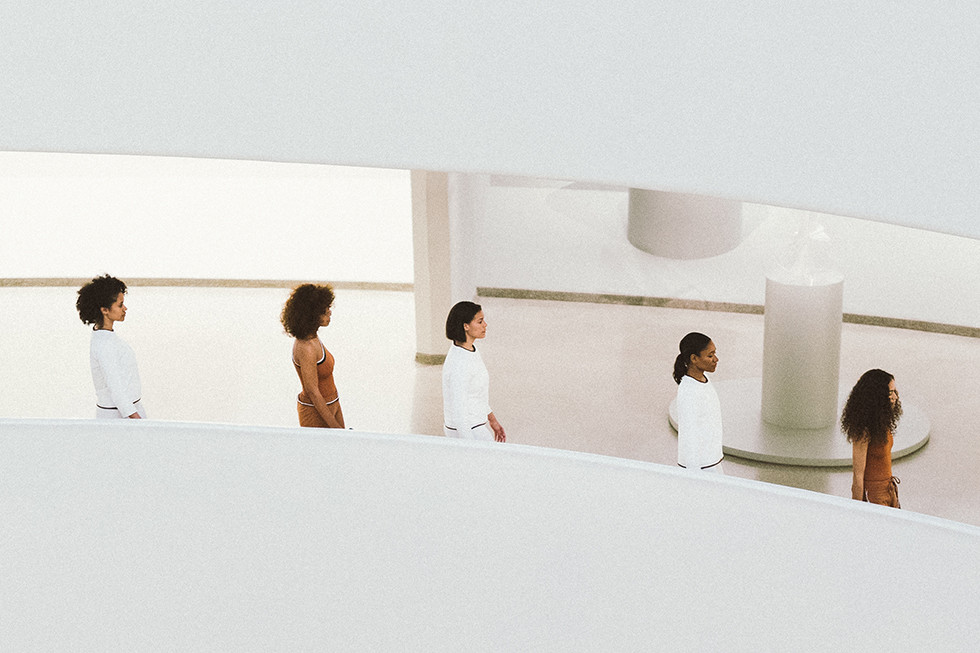 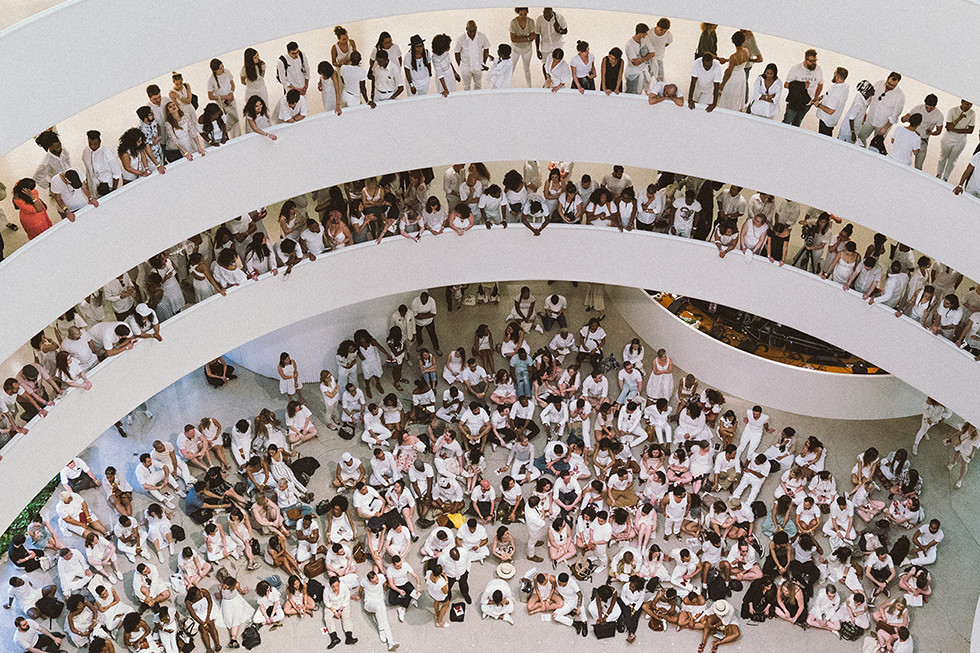 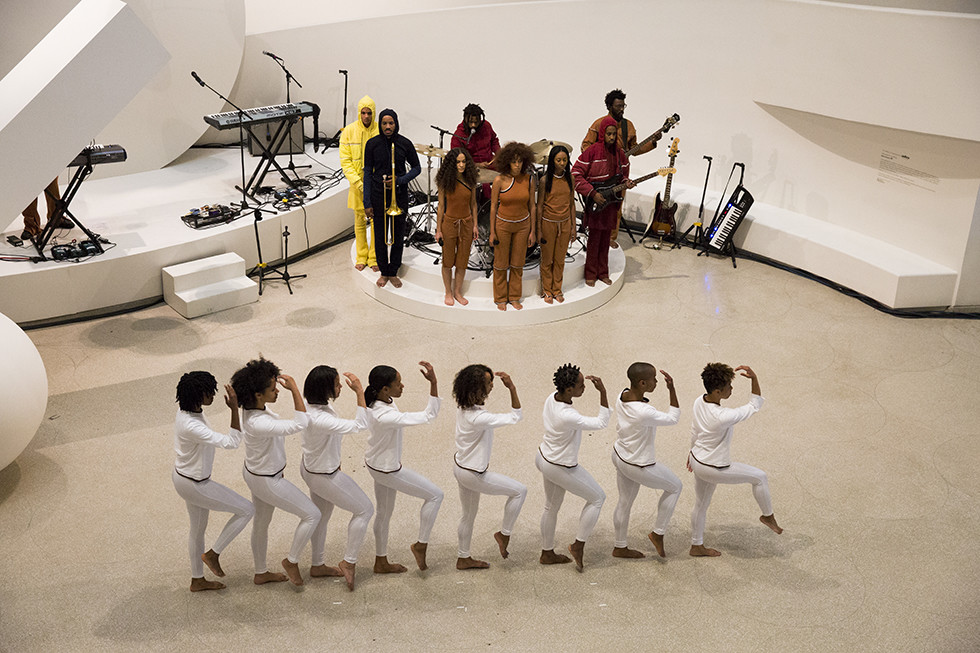 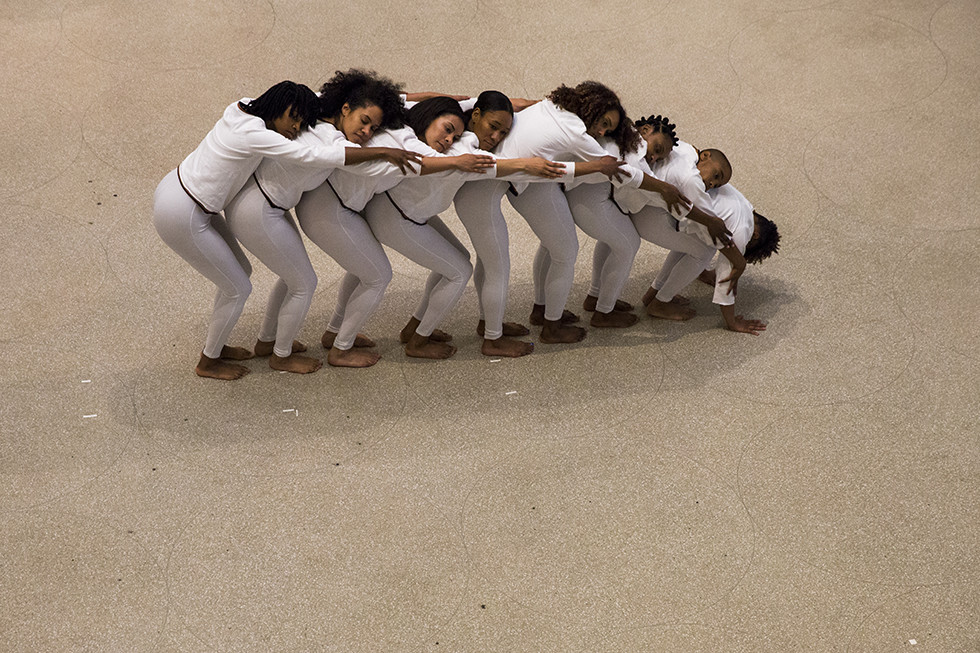 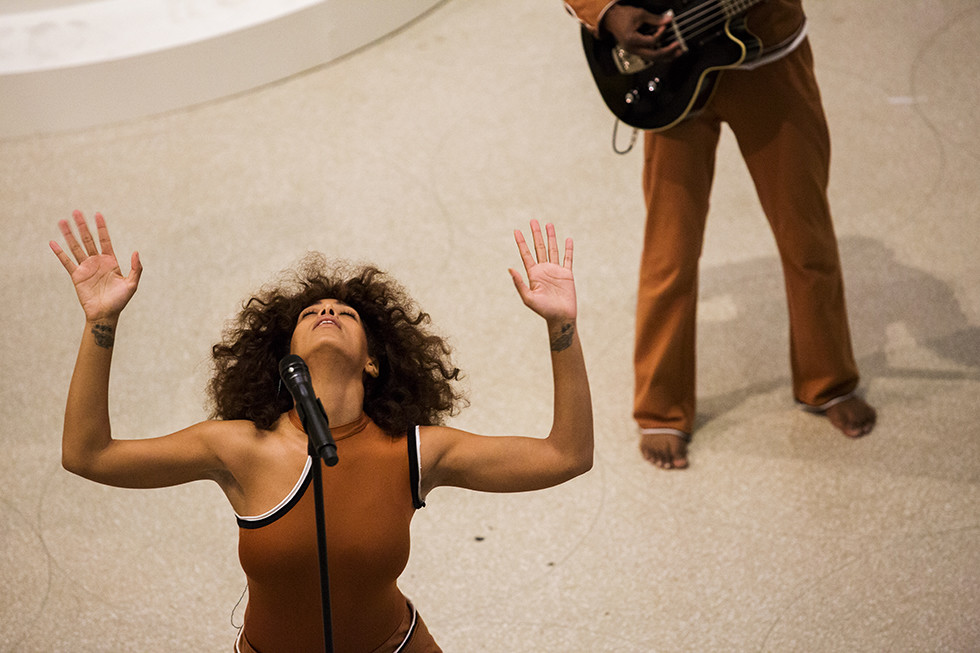 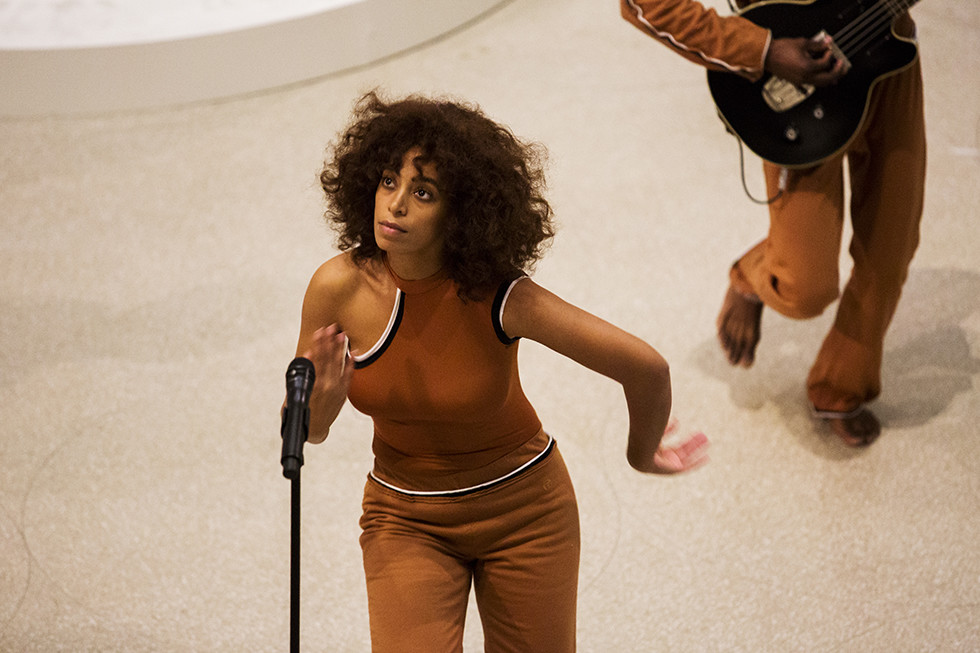 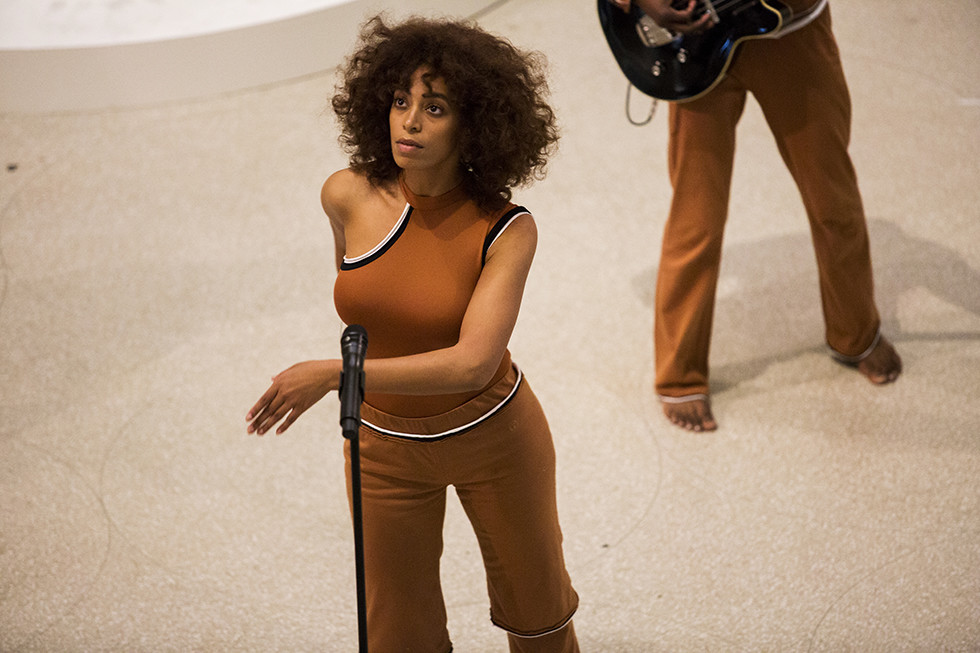 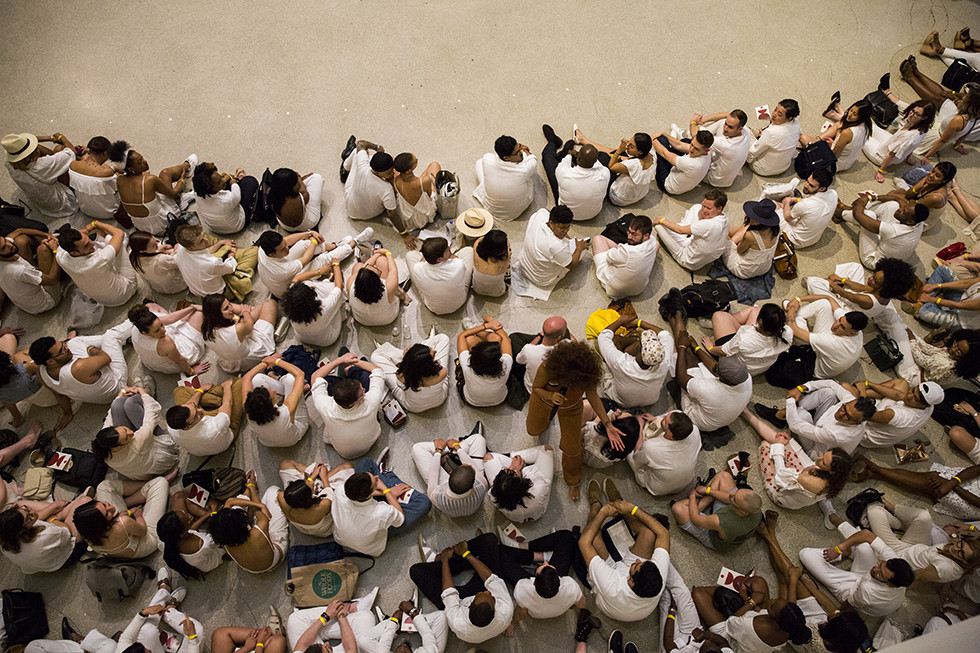 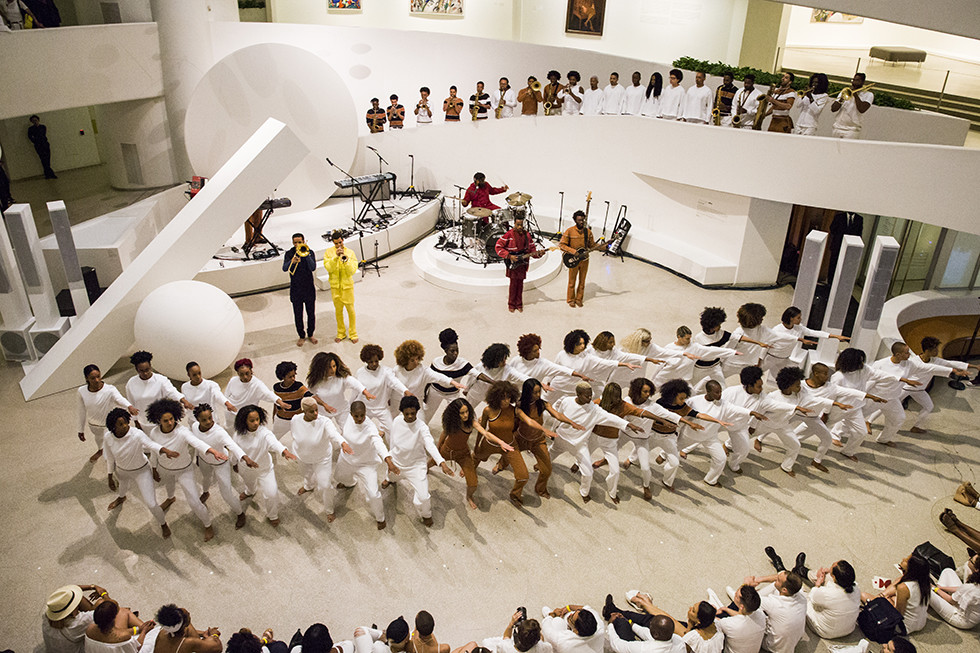 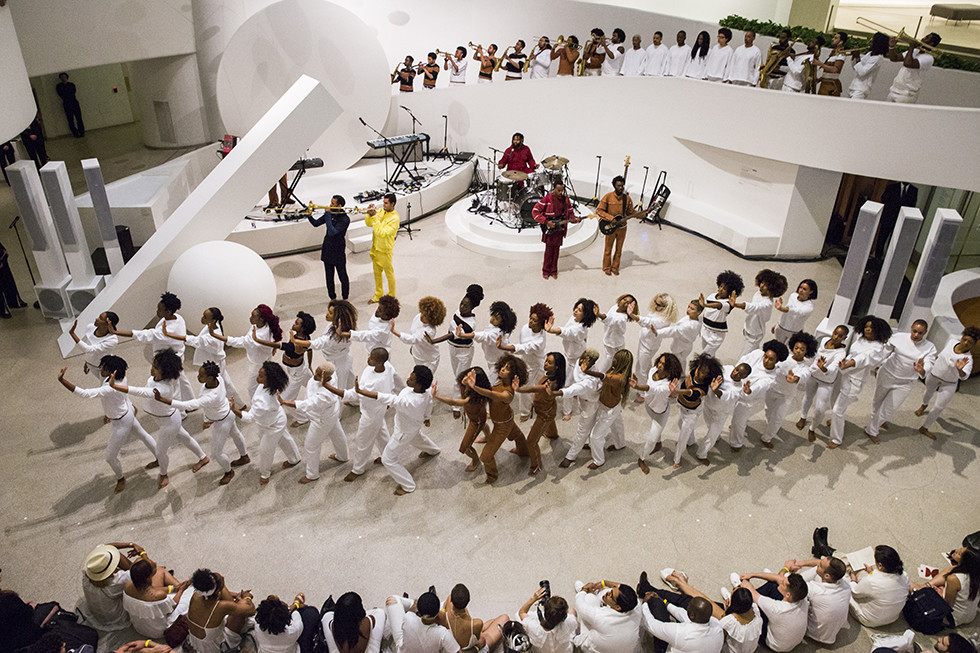 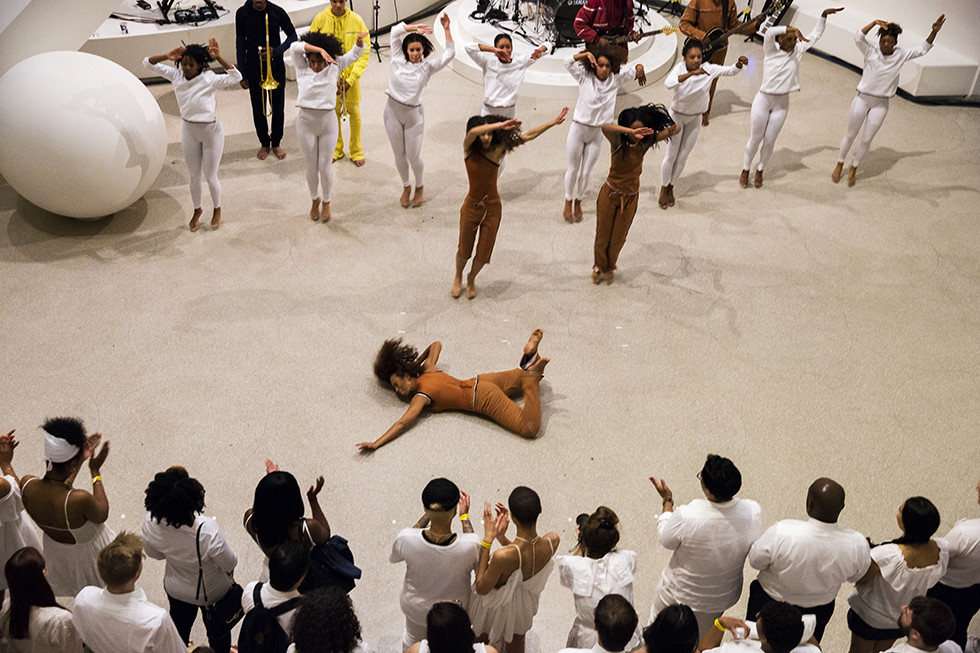 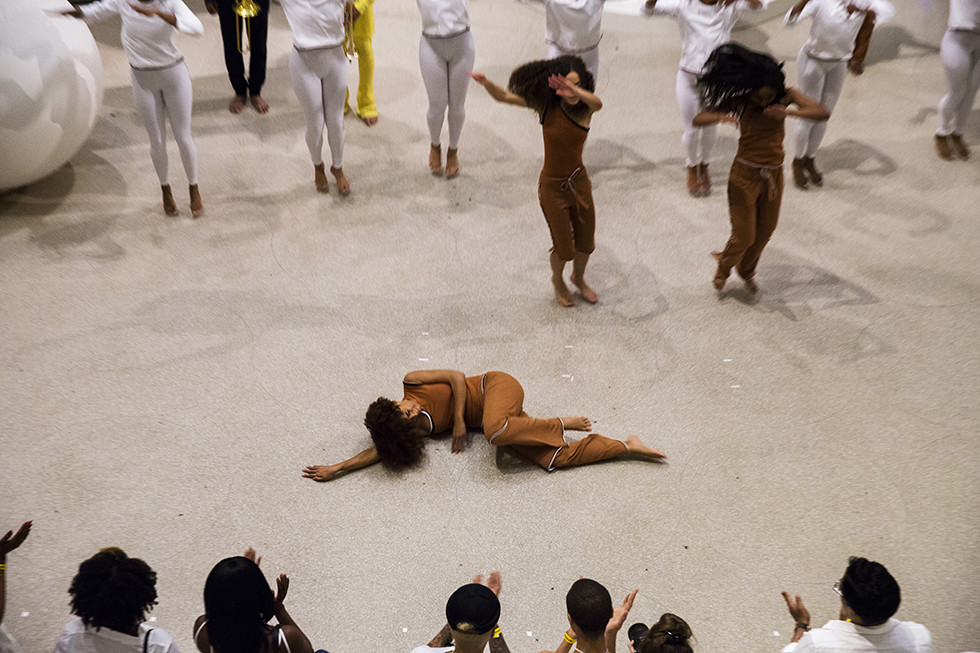 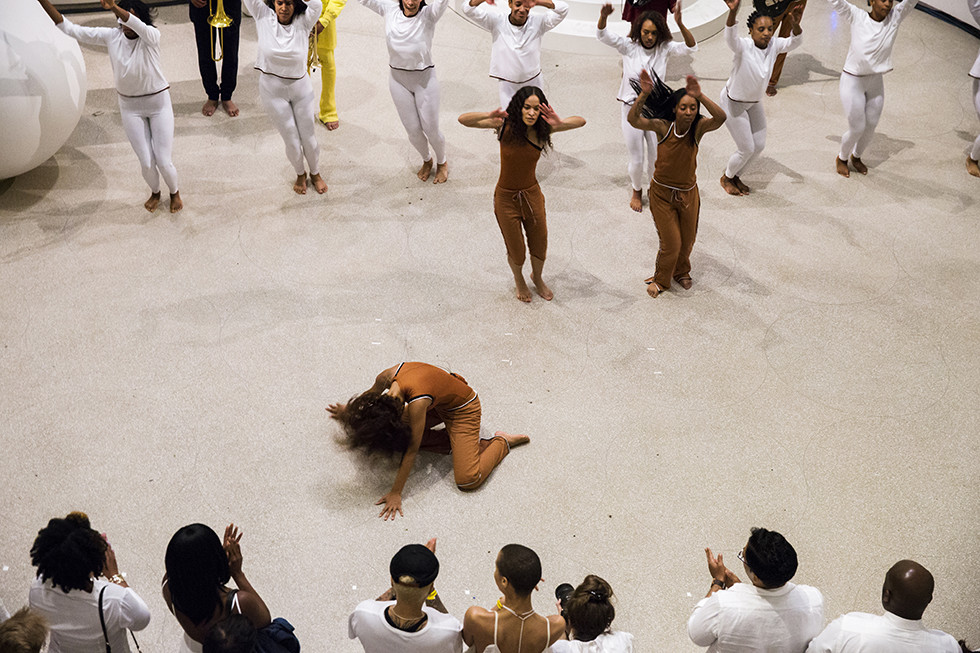 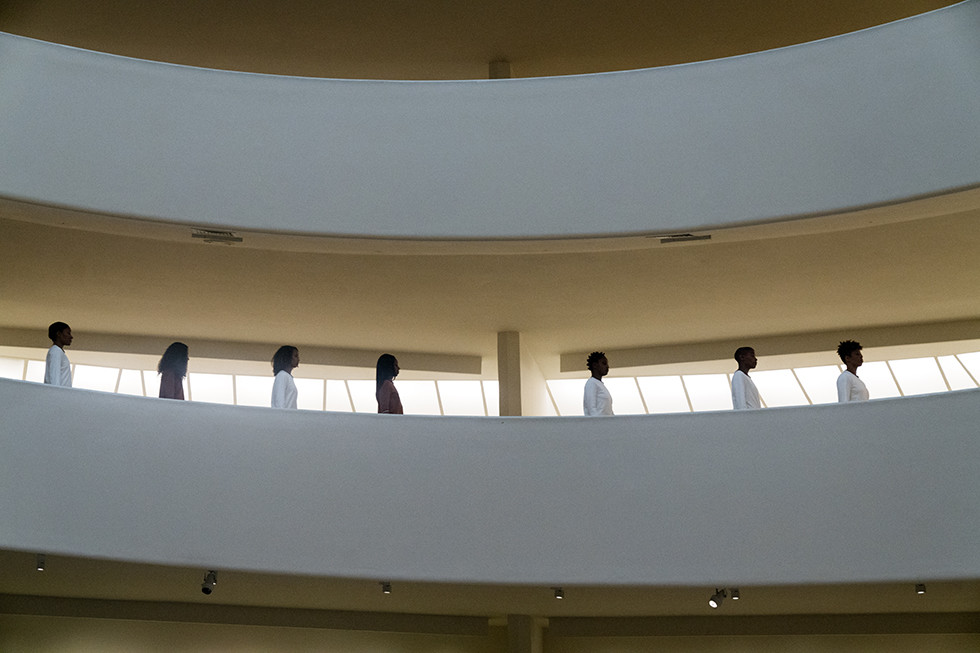 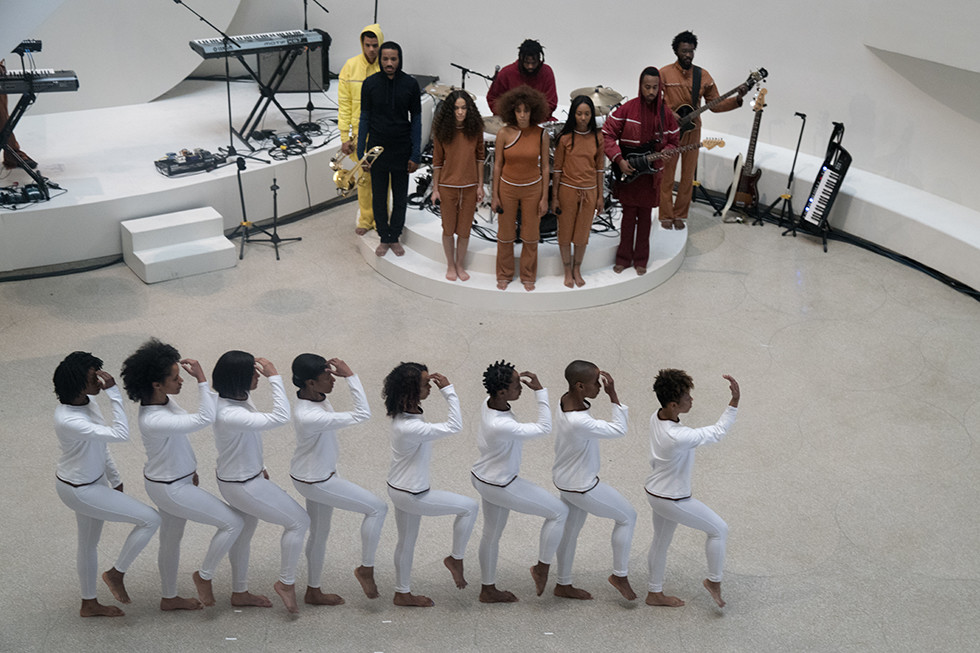 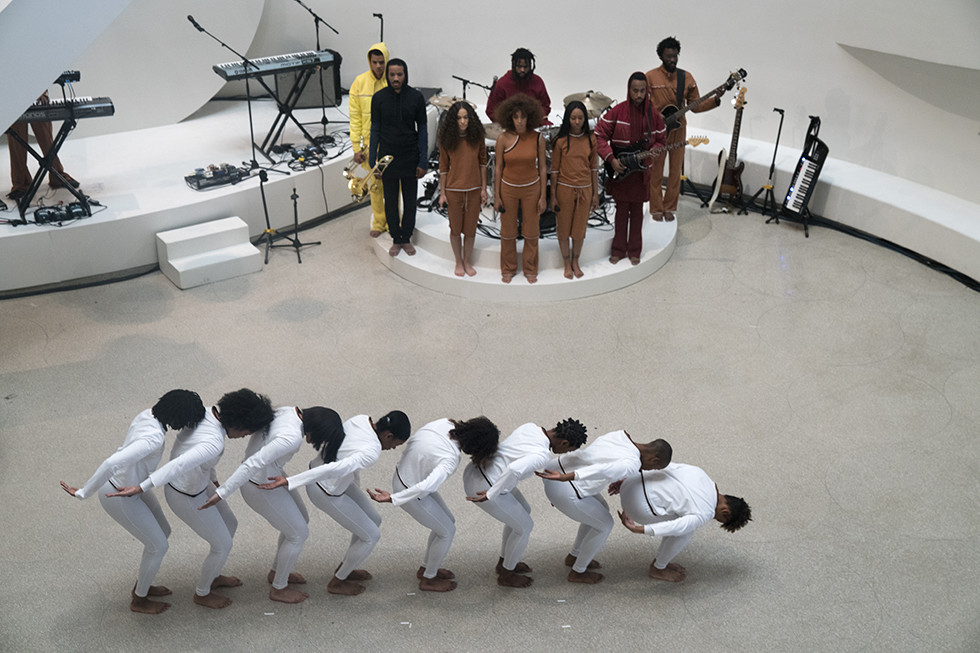 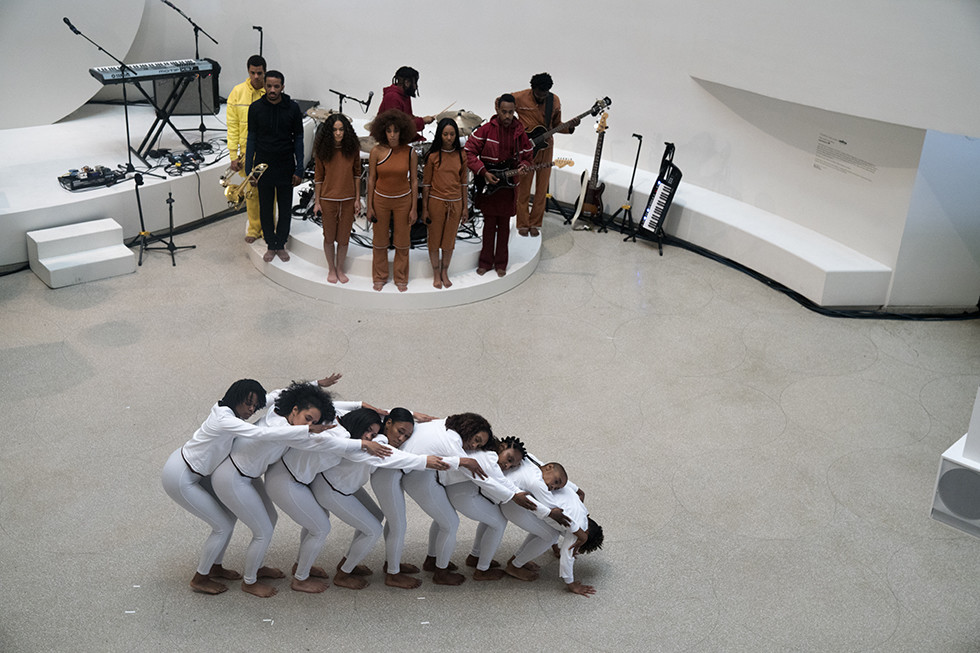 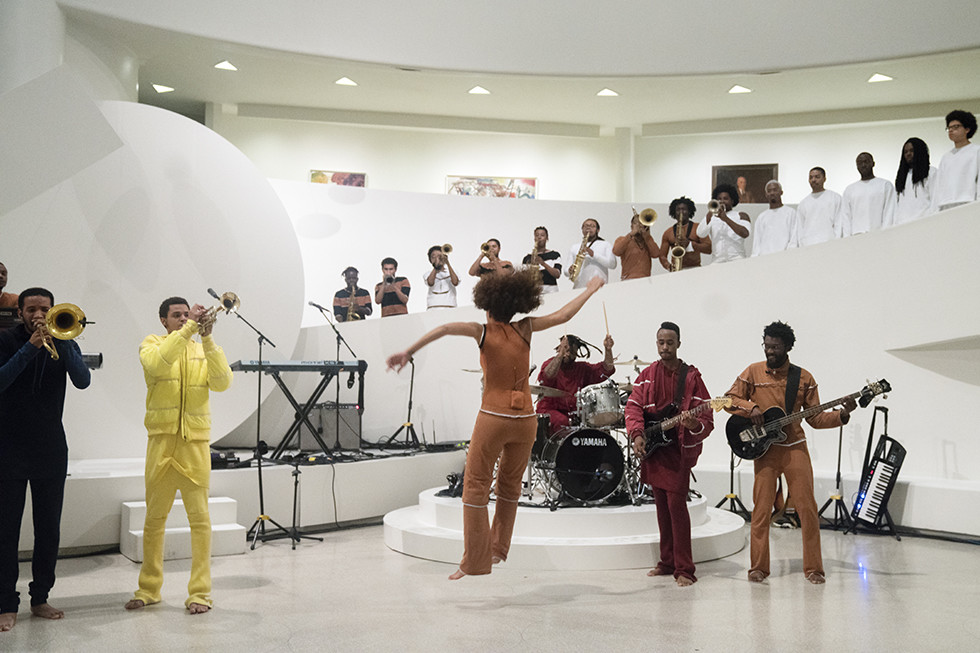 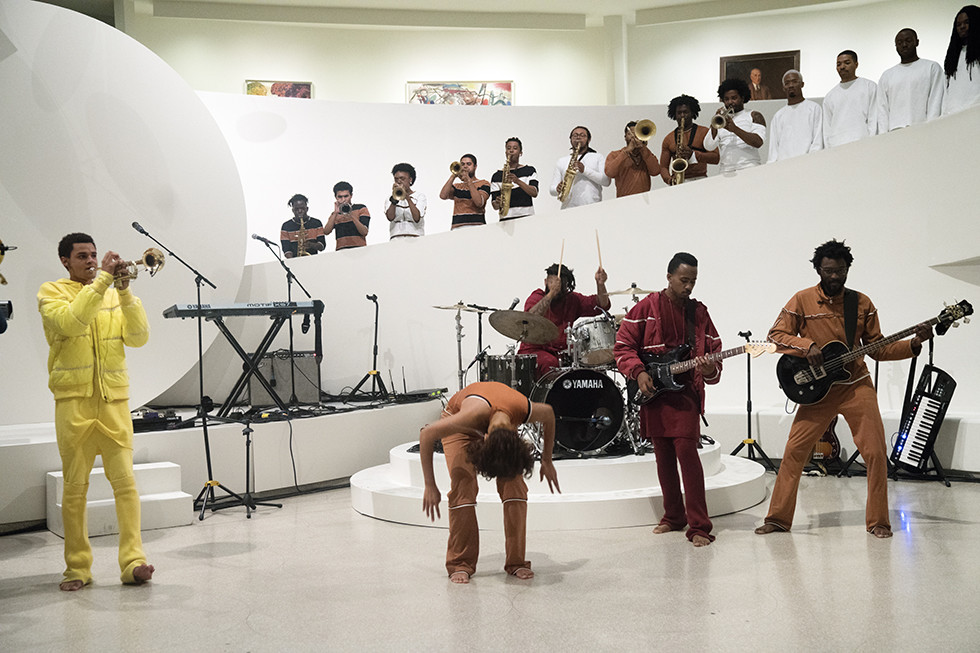